Citizens are in peril yet again, as Earth has disappeared. It’s up to the Ambassador of Earth to help find the planet and save the day… and maybe get Earth into the Galactic Federation Assembly. Learn more in our Citizens of Space review!


Representatives of the Galactic Federation, thank you for having me here tonight to celebrate Earth’s acceptance into this noble organization! It is an absolute honor to act as the Ambassador of Earth, a most honorable role, and… what’s that? Earth is… missing!? And it’s up to me to find the missing pieces? And I can recruit citizens of space to do battle for me?

Well then, you’ve got the perfect human for the job! In fact, I was voted second Most-Likely-to-Solve-an-Intergalactic-Mystery in the third grade. I vow, that I will act in all of my power, as the honorable Ambassador of Earth, to put Earth back together and find out who’s responsible! The citizens of Earth are depending on me!

When Citizens of Earth launched a few years ago, I really enjoyed my time with it. It took the old-school feel and humor of Earthbound and created a solid spiritual successor to one of the greatest RPG ever created. Color me surprised when I heard – out of nowhere – that we were getting a sequel to Citizens of Earth… and here is Citizens of Space! The big question then is: is this a worthy successor or something that didn’t live up to my expectations? 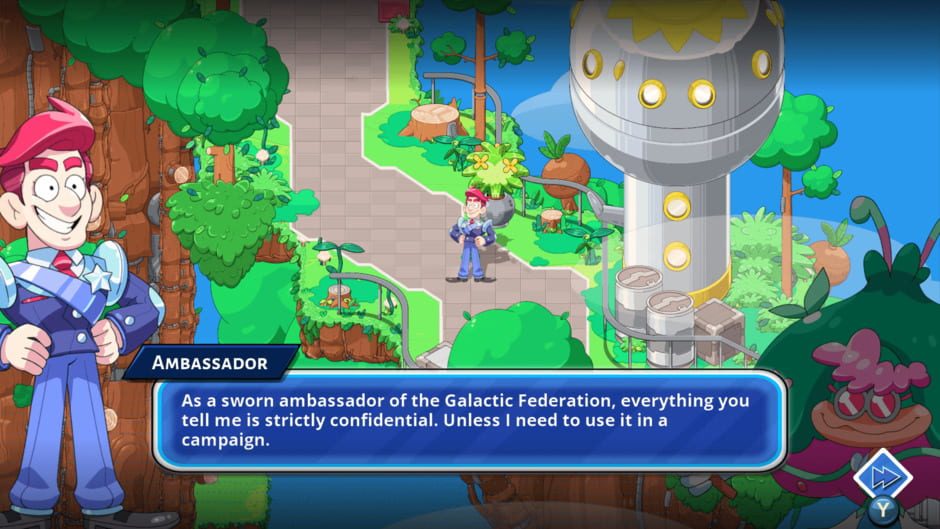 If you are unfamiliar with Citizens of Earth, the game was an RPG in which you played as the Vice-President of Earth, and on the day of your coronation something goes wrong, and you have to set out on an adventure to solve all issues. The crux of the gameplay was focused on collecting constituents to join your party, and you commanded them. This basic gameplay hook has made it to Citizens of Space as well. As you wander around the different worlds in the galaxy, you will come across different characters that can join your team. Almost all of them have some sort of quest you need to complete before they join your team. Some will fight directly for you in turn-based battles, while others will grant passive abilities. There are quite a few to collect and manage during your time with the game! 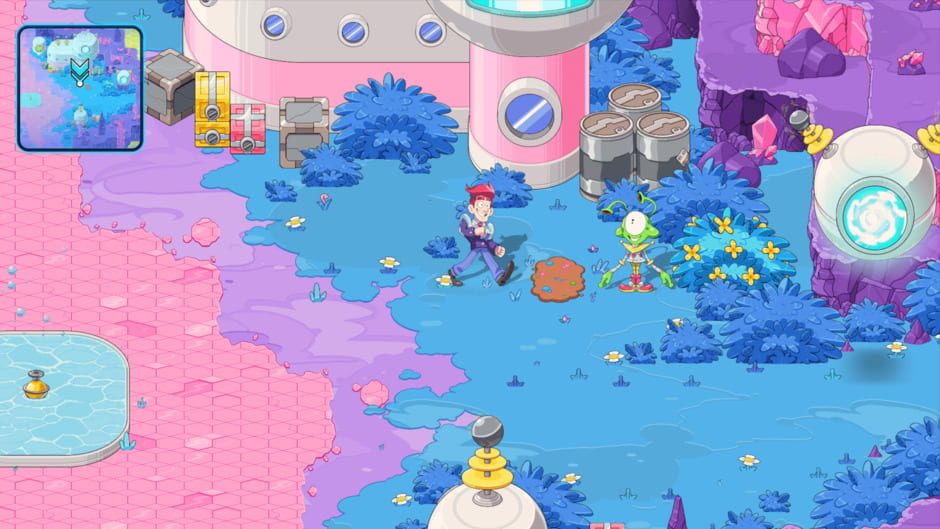 The battle system does experience some changes when compared to its prequel. The original stuck with a setup similar to Earthbound, with your characters at the bottom of the screen and the enemies in front. Citizens of Space does things a bit differently, putting your characters on the right side of the screen and your enemies on the left, resembling classic Final Fantasy battles a little bit. It’s a nice visual change, allowing you to see more of the world and it brings a fresh change of pace. The other major change is adding mini-games during each attack that will affect the damage delivered or received.

Each attack will trigger a different mini-game that you have to get the timing just right on to deal the most damage. On the flip side, while enemies are attacking you, there are mini-games as well to lower the damage you can receive, usually involving button taps timed just right. As you play further into the game and develop a team that you like, you will get these down – no problems-, maximizing the effectiveness of the system. The other thing that you can do as the ambassador is giving orders to your team that effects everyone and using items. You can also swap out members of your team if you find your current party isn’t up to the task. 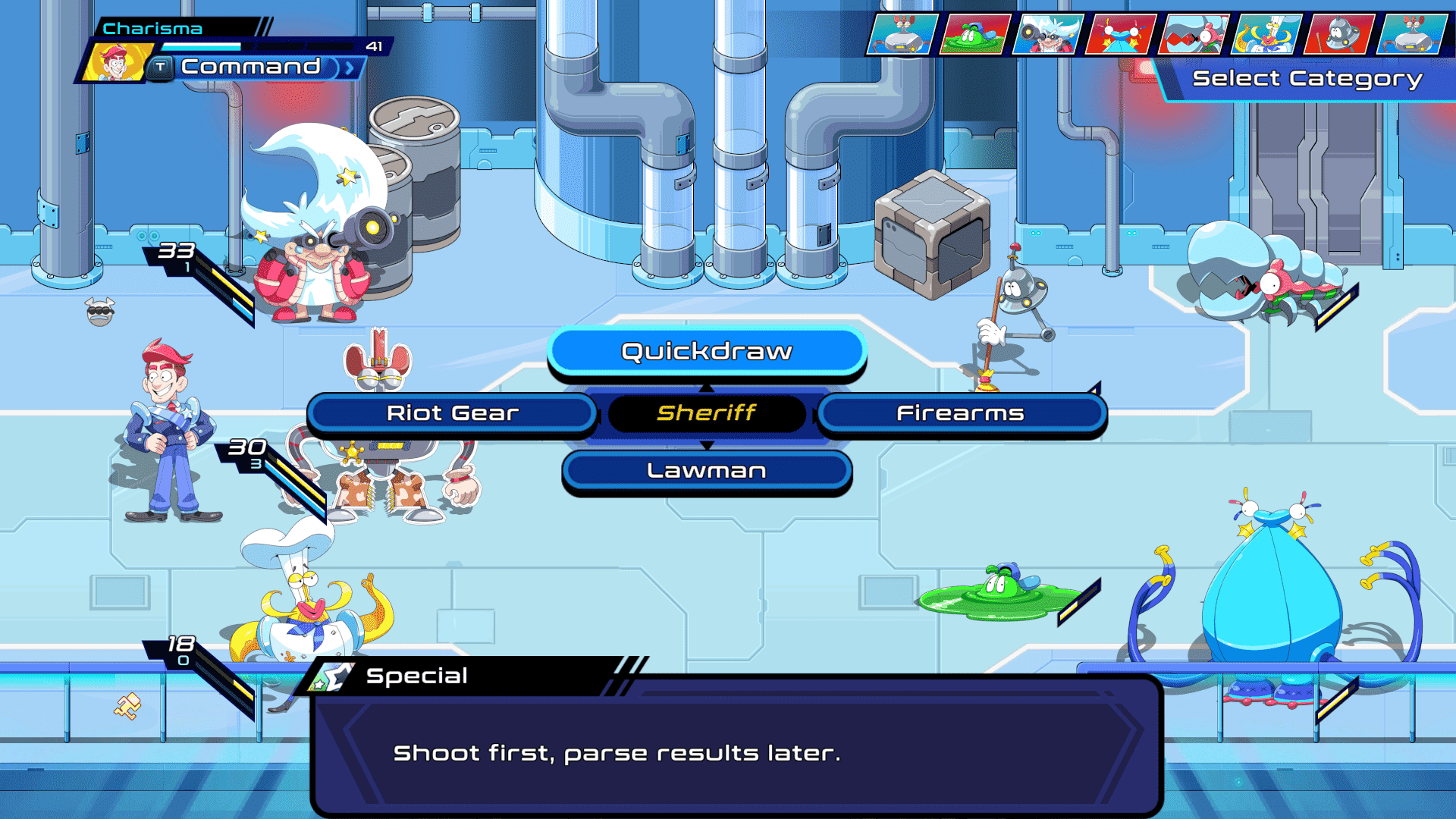 The world itself, though, is kind of a mess to explore. It is big and difficult to maneuver around. You can, thankfully, pull up a map of it and see where your goals. They also set it up where if you press the Square button, you will have a little compass and arrow pop up around the ambassador pointing you in the correct direction. It’s helpful while trying to navigate. I will give the team credit for creating a unique universe packed with lots of different characters filling it. The character design is great, all hand-drawn, and each character has its own unique look.

Here’s where things do get really confusing in the game, though. As mentioned earlier, to recruit characters you can you need to solve sidequests for them before they join the team. Some are really easy. Early on you have some like listen to 800 lines of dialogue, pick up X pieces of trash, you know, really simple things. Where it gets harder is when you are getting specific fetch quests and stuff with more direct tasks that need to be completed. The reason for this is the UI in the game is not ideal. It took me a bit to get the hang of the menu system. Important things, such as quest management are not easy to navigate. Going into the characters and upgrading skills, or assigning partners to them are not easy either.

The game nails the dialogue and humor. Political satire is very much a thing in our day to day. All of the characters around you react to your character as you would expect. Every once in a while, you see glimmers of genius shine through him. Most of the time, he reminded me of Micheal Scott from The Office. 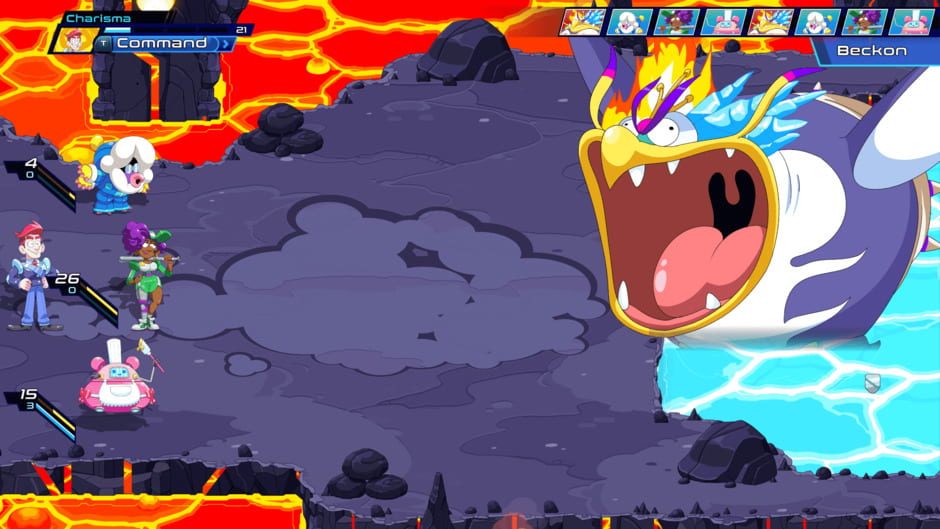 Citizens of Space is a neat 30 hour or so RPG that manages to stay fresh thanks to the changes made to the core formula. It’s, unfortunately, slogged down by unintuitive menu design, but fortunately, that doesn’t end up being a deal-breaker. The humor is great, so if you’re looking for a funny game with an interesting battle system, give this one a go since you’ll be smiling a lot as you play. 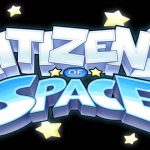 A fun, but repetitive RPG with old-school vibes

Disclaimer
This Citizens of Space review is based on a PlayStation 4 copy provided by SEGA .