Are you looking for a challenging retro-style run ‘n’ gun on PS4? Then Blazing Chrome from The Arcade Crew and Joymasher is what you need. Find out why in our Blazing Chrome review!


The first thing you need to know is that you’re going to die a lot in Blazing Chrome. It’s a futuristic 2D run ‘n’ gun now on PlayStation 4 that pays homage to classics in the genre, particularly the beloved Contra series. You’re going to have to keep your eyes open so that you can react to all the enemies that are trying to kill you – regular enemies and large and bizarre bosses that can fill up the screen. With mankind in the brink of extinction, do you have what it takes to make a difference before it is too late? 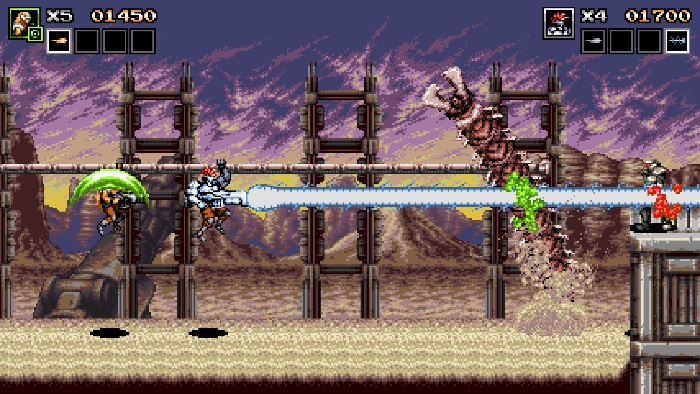 You have a choice of protagonists to choose from, with more characters to unlock as you play. Right from the start, you’re going to notice the gorgeous art style that will remind you of what 16-Bit games used to look like back in the day, dialed up to 11. There is obviously a lot of Contra in this one, but as you play, you’re also going to spot some Metal Slug thrown in there for good measure. You’ll be running, jumping and shooting everything that moves around you, first with the starter weapon you are given, and then with all the extra weapons you get that pack a punch and change how you approach things. 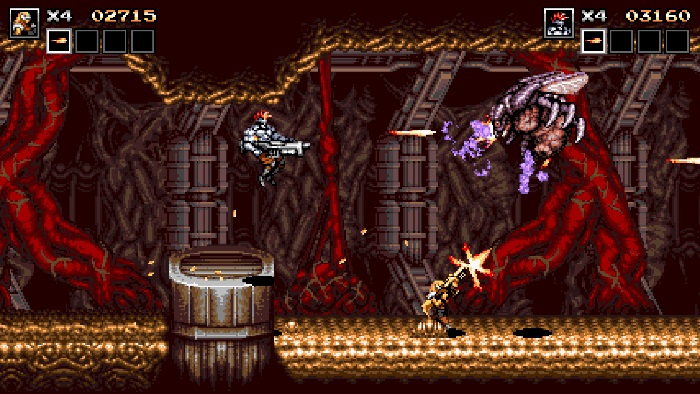 The good news is that each weapon has infinite ammo, which is great since you are at no risk of running out of ammo in the middle of battle, which would be bad news when you’re surrounded by enemies attacking you on the ground and from the air. Unfortunately, if you die which, as I mentioned before, is going to happen a lot in Blazing Chrome, you’re going to lose that weapon you were using and that you really liked, so you’ll need to work towards getting your hands on it again. The other good news is that when you die you’ll be able to come back to give it another go, but if you want to get all trophies in the game on PS4 you’re going to try to complete the game without dying, which is going to take some proper skill! 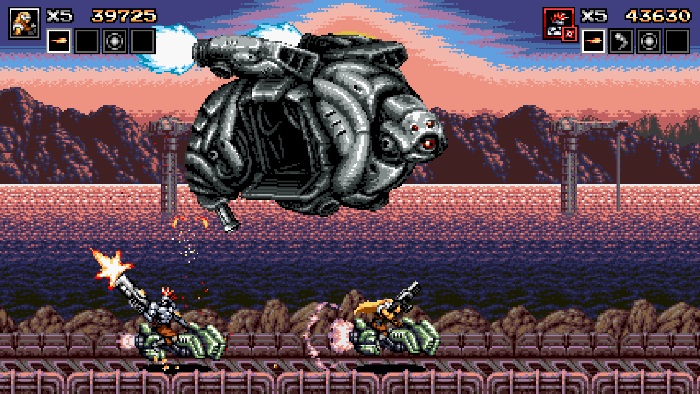 Alongside your weapons, you also have an assortment of vehicles to command, including mechs which you can ride. Simply hit the action button when near one to jump inside the mech, and move around with the left analog stick as you deal massive damage. The mechs were a highlight of my experience since they made me feel invincible as I killed anything that moved. Jet Bikes are also a thing, and they will help you quickly travel from point A to point B as you wreak havoc. 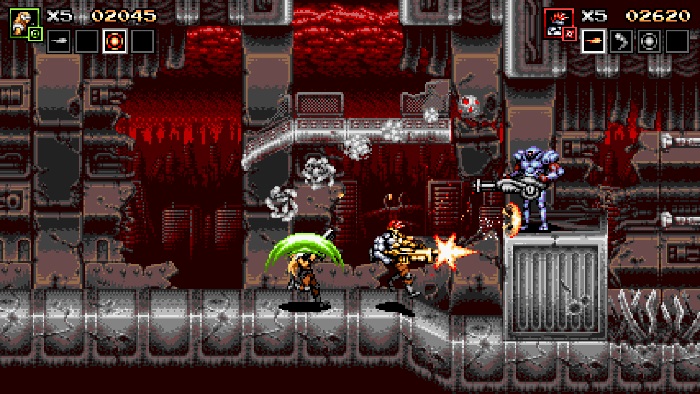 Blazing Chrome is a hardcore run ‘n’ gun game on PlayStation 4 with a good difficulty curve that will allow you to get the hang of things during the first few levels before the challenge is cranked up to 11. The game also offers you the chance to bump the difficulty some more if you somehow feel that the challenge could be higher, so you could lower the number of lives you get, but even on the easiest setting, the max of seven lives is going to go down rather quickly. Blazing Chrome is out now on PS4, and it’s a must-have for fans of the run ‘n’ gun genre. 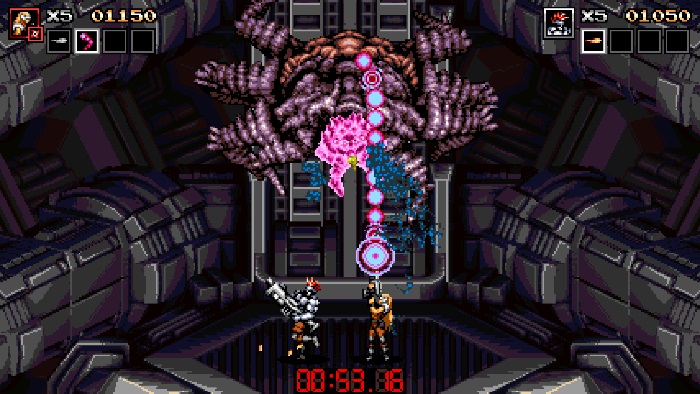 Disclaimer
This Blazing Chrome review is based on a PlayStation 4 copy provided by The Arcade Crew.