Cybarian: The Time Traveling Warrior is an arcade title with some beat ’em up gameplay qualities. Across four levels, players must take control of Cybarian, a warrior who discovers the Sword of Ages and gets transported to a cyberpunk future.

This is a double review for Cybarian: The Time Traveling Warrior. Ceidz and EdEN played the game, and this review presents what they both had to say.

Cybarian is a warrior who gets transported to the future because of his discovery of the Sword of Ages. As you start playing this game, your first step will be to successfully execute a combo. At first, this proved to be harder than I thought it would be, but at least the enemies in the “tutorial” don’t retaliate, so they are rather easy targets to practice with. Once you’ve gotten the hang of the combo, you can proceed to the next screen, where you’ll meet proper enemies that will attack you on sight.

The gameplay is mostly combo-based, so you’ll have to be focused on your run through this game as missing a combo means that you’ll very likely get hit by the enemy, even when playing on the Easy difficulty setting. Speaking of that, the different difficulties affect the number of hits you can withstand before you die, and even on the easiest difficulty the overall challenge has you having to avoiding being hit altogether or else you’ll be back at square one. 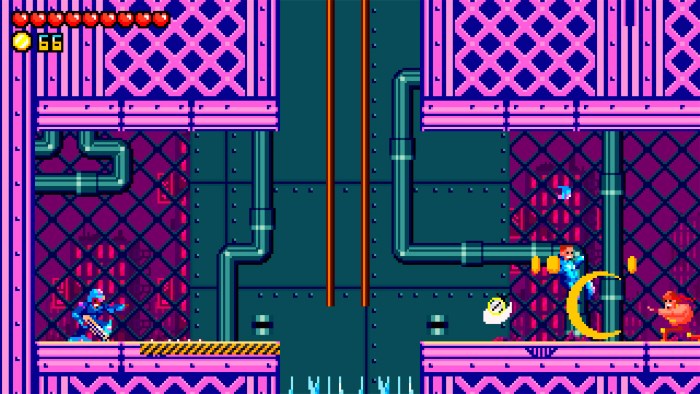 I thought that this game was hard because the window for landing combos was a bit too tight. Press the attack button too soon or too late, and the combo will fail, showing a small red X over your character as the enemy takes a swing at you. But once you get the hang of the gameplay, you can make some proper progress as you make your way to the different bosses you have to defeat to carry on with your quest. The most dangerous enemies are the ones that have a longer reach than you, which means you’ll need to dodge their attacks with precise timing to be able to deal some damage as most enemies require you to land more than one hit to defeat them. 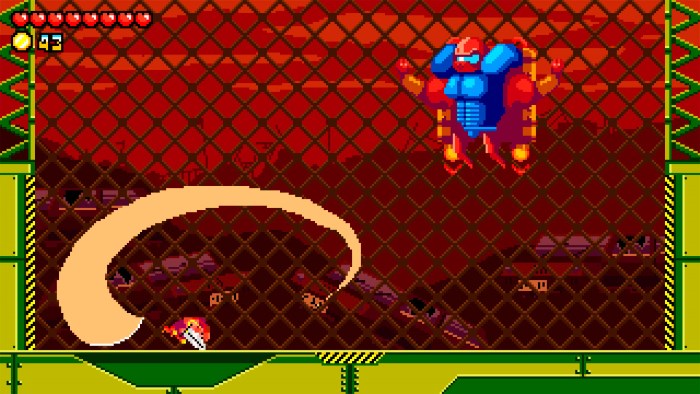 The presentation is built on pixelated visuals, which was great to look at, and the 8-bit soundtrack was also great to listen to, and I thought that the opening theme was particularly catchy. I played the PlayStation Vita version and thought that the performance was great on the portable console, especially compared to other of the previous releases from Ratalaika Games.

Since Cybarian is a 2D action platformer game, you will move your character around with the left analog stick or the D-Pad and will jump with the X button. Your attacks are set to the Square button, which you can press with proper timing three times in a row to unleash a three-hit combo. To do this, pay attention to how your character’s outfit and sword glow with a yellow hue after each attack so that when that happens, you can attack again to complete the combo. You can dodge attacks with the Circle button (once you’ve unlocked that skill), and can also throw your sword with the Triangle button (again, once you have unlocked that skill in the game).

Before you start the game, you can decide to play either in the default Normal difficulty setting, or you can lower it to easy (which rewards you with extra hit points so that you can make some extra mistakes before you are defeated), or bump it up to Hard (which does the opposite of Easy and has you start the game with less overall hit points, represented by the red hearts in the upper left corner of the screen). The good news is that if you play on hard, you will have the dodge and sword throw skills unlocked from the start, which changes how you approach the game since you can sometimes keep a safe distance between you and enemies if you time your sword throw properly. Oh, and the higher the difficulty setting, the more hearts to recover your health will also cost at vending machines. 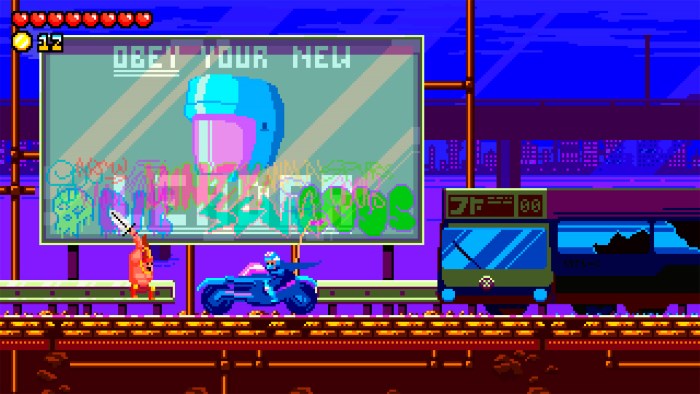 At the end of each stage, you will face a boss, and it will probably defeat you the first time you fight it since you might not have enough hit points left to figure out its movement and attack patterns. The good news is that unlike how when you die in a stage you will be sent right back to the start of that area, if you’re defeated once you have reach a boss, you will restart right at the battle, so you won’t have to repeat everything you had done up until that point. Just be sure to pay attention to the attack types the boss uses, and you will surely defeat it the second time around.

The game does a good job of introducing new hazards as you play so that you can have a chance to see what they can do, before mixing them in with other hazards and enemies out to get you. At first you will only need to worry about the regular enemies and the ones that shoot at you, but you will soon run into big round spheres that shoot deadly lasers at you, spikes that pop out of the floor at specifically marked spots, big pillars of fire that shoot upwards, disappearing platforms, and more. 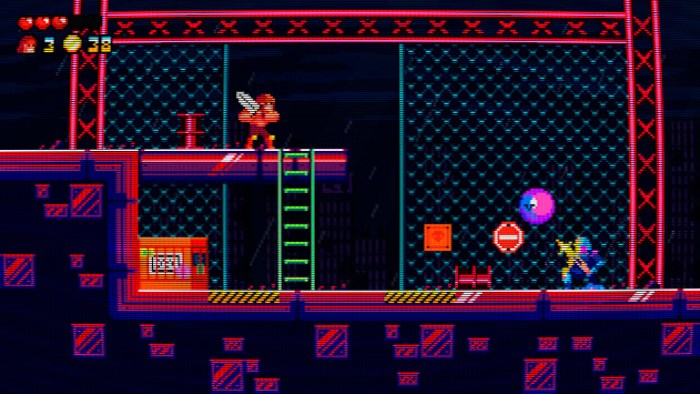 Once you finish a level, you will get to use your coins to bet at the slot machine. If you match three of the same icons, you will win and increase your overall coin count, with the prize being awarded for matching three hearts. Along with the hearts, you could also get a big yellow X in one of the three slots, so be sure to pay attention to the how a pattern moves down each slot so that you can time your button press to get three hearts.

Final Thoughts
Cybarian: The Time Traveling Warrior is a fun 2D action platformer with a solid art style, great soundtrack, and a nice challenge for a budget $4.99. Trophy hunters are going to dive straight and aim at getting a pair of new Platinum trophies for their collection… as long as they pay attention to each boss’ movement and attack patterns! If you’re looking for a pixeltastic 2D platformer on PS4 and PS Vita, then check this one out!

Disclaimer
This Cybarian: The Time Traveling Warrior Review is based on PlayStation 4 and Vita copies provided by Ratalaika Games.