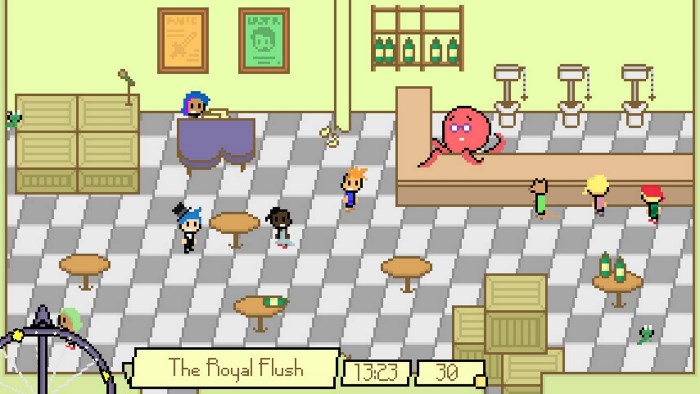 The Rainsdowne Players from indie Steve O’Gorman is an interesting type of game that had a Kickstarter campaign I remember from back in 2017. The project stood up since it looked great, and because it had a tiny goal of £500 for the project. It was a very small goal for a Kickstarter, and I later learned it was an indie developer that was looking to publish his quirky game, hence the low amount. Two years of development later, The Rainsdowne Players is now available for Nintendo Switch. 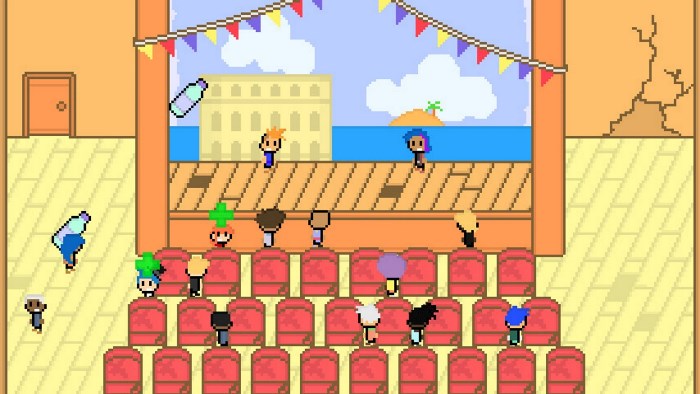 A lot of love clearly went into the game, with its quirky hook of being a theater simulator. The gameplay is all mainly simple mini-games which are there to improve your performance on stage. The more you improve, the better your performance and the more mini-games you will unlock- The mini-games themselves are rather basic, but I do see how the developer’s heart was in the right place when he started to work on this project. The premise has a lot of potential, but I do think that the overall execution could have been better. 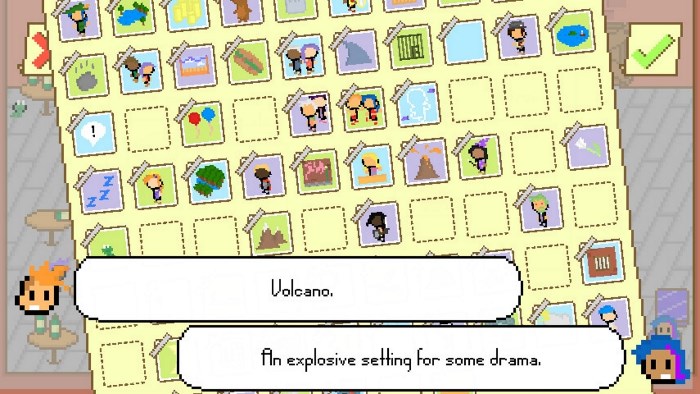 You can talk to the townsfolk and find out what they like and don’t like, and get some inspiration and ideas to improve your performance. Some of the townsfolk will give you valuable information, while others will make daft comments. The people you will want to talk to are the fussier ones, as they are the ones that you will want to win over. To find which people you can interact with, you should search for the ones with an exclamation mark over their heads. Talk to everybody and find the fussy ones, and this will reward you with cards. 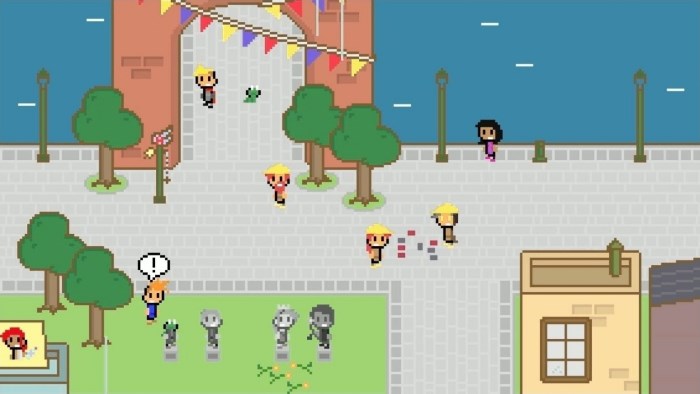 Cards play an important role in The Rainsdowne Players since unlocking new cards will give you more options as you get better at building solid shows. You can choose the location, the subject, and the outcomes, to name a few options. You can mix up your ideas and place them into slots to test out different reactions from the audiences at different venues, which is the main piece of the jigsaw puzzle that you’re trying to solve with one goal in mind: getting the best reactions from the audiences. 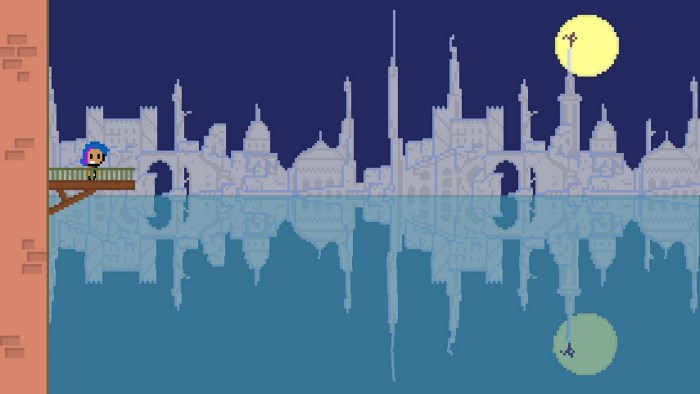 The Rainsdowne Players features an interesting concept that I did like but, as I mentioned before, the mini-games and their execution feel a bit out of place since the rest of the game does show a lot of potential. It’s certainly a different type of game with a quirky premise, so hopefully the indie developer gives it another go with everything he’s learned over the last couple of years. 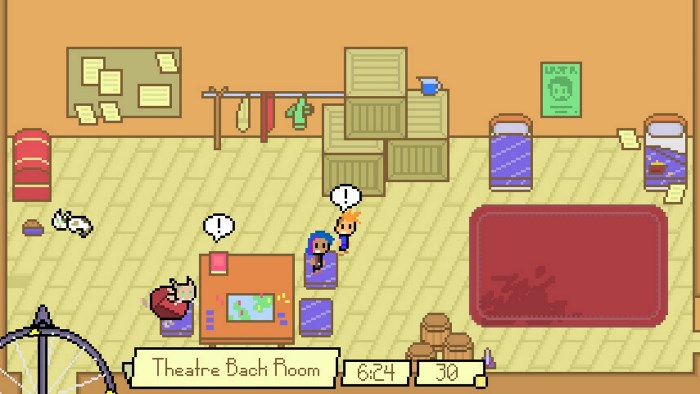 Disclaimer
This The Rainsdowne Players review is based on a Nintendo Switch copy provided by Steve O’Gorman.

Professor Lupo and his Horrible Pets Out Next Week