Shadowgate is a dark fantasy point and click adventure game that has been remade for a new generation. Learn more in our Shadowgate review!


Industry veteran Dave Marsh, who actually worked on creating the original Shadowgate way back in the day (1987 to be precise), started a new company called back in 2012 with one goal: to develop a reimagining of the game for modern PC – and eventually video game consoles. To do this, , managing to reach one stretch goal that would allow the team to add some new rooms to the game, new puzzles, and more. After releasing on Steam in 2014, the game has now found its way to the Nintendo Switch. As a fan of the original release – and owner of an NES cartridge version of Shadowgate – I was one of the backers who helped the reimagined version happen, so I was definitely up for reviewing it on Nintendo’s hybrid console. 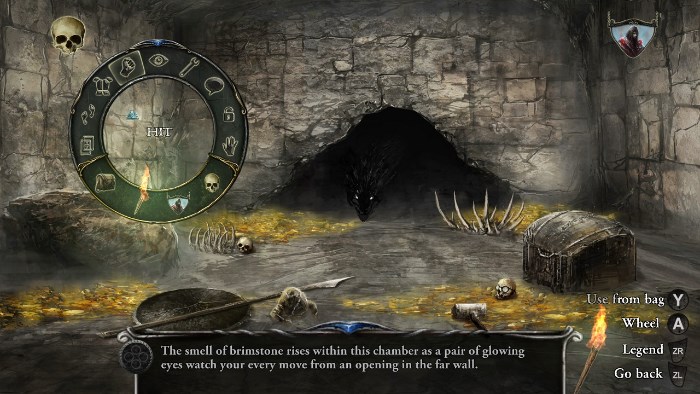 Shadowgate is one of the classic old-school point and click adventures that released decades ago. The version most of you are probably familiar with is the one on the Nintendo Entertainment System (NES). There is no actual combat, per se, but death is certainly around every corner, so you should always keep a recent save handy in case you make a mistake! The game was taken to Kickstarter by Dave Marsh, who also worked on the original release for the game back in the 1980s, with his new company called Zojoi Games. 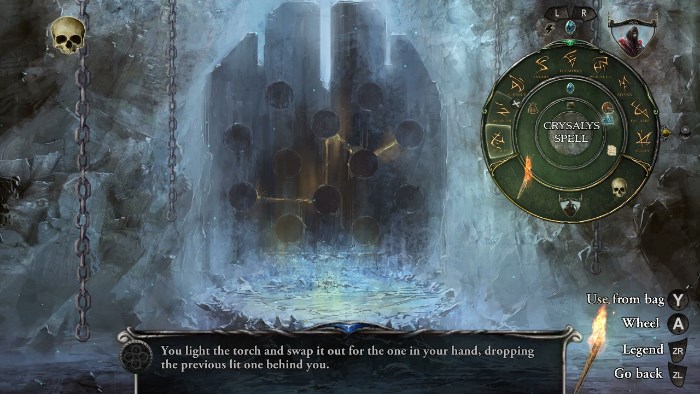 The game looks great when played on the TV or on the Nintendo Switch’s screen when in Portable or Tabletop mode, and you can play it either with the Nintendo Switch Joy-Con, or you can take this one on the go and play using the Nintendo Switch’s touchscreen, literally clicking on things and characters to interact with them. Your goal is to navigate the fantasy-themed castle from a first-person perspective as you explore each location that features a mostly static screen. Move in the right direction or interact with the right item, and you’ll move on to the next room. Make a bad decision or use the wrong item with something in the area, and you’ll end up dead. Your ultimate goal will be to defeat the evil Warlock… if you survive! 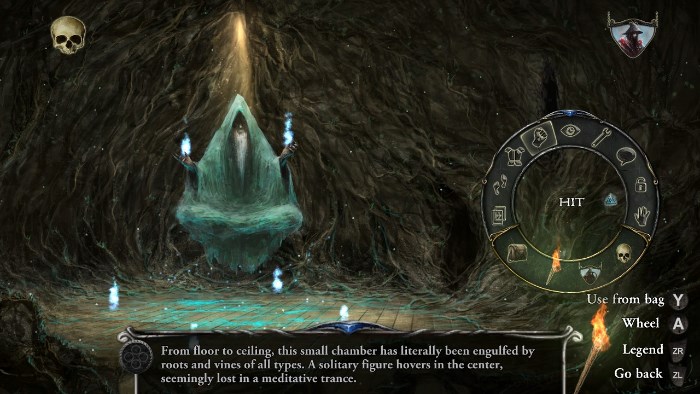 Your exploration of each room is very different, since you’ll need to be careful of when you examine each item you can pick up and collect. If it’s safe to take an item, it will be automatically added to your inventory. If there is some danger attached to that item – say, at a room with a rather large scaly creature -, then you better have something equipped to counteract the danger! Some of the items you collect can be combined to help you solve the puzzles you will face during your adventure. 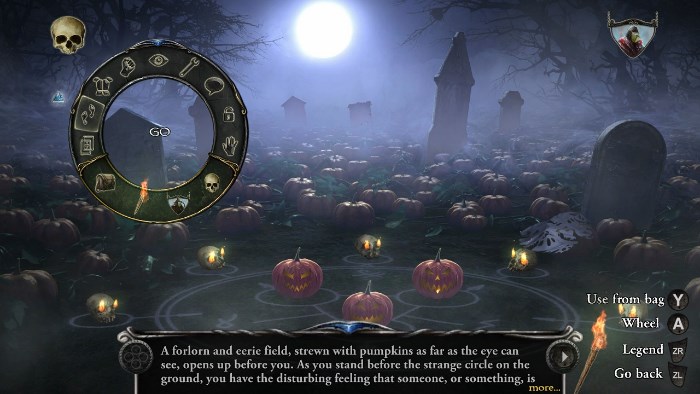 Everything you find might have a good use an hour down the road, as this is an old-school game presented with a new look and some extra content. You have a menu wheel which you can access with the A button, and it presents to you simple commands such as Open, Speak, Look, Use, and more. You can access the map with the minus button on the left Joy-Con. You’ll check doors and open them, move between different locations, searching for secret passages that will help you go deeper into the castle.

Some doors will never open, no matter how hard you try, while others will require you to find the required key or to locate the contraption that activates the corresponding mechanisms. Other paths might be blocked by a deadly enemy – remember, one attack and you’re done for! – or by an obstacle that can be removed by solving a puzzle, so there are plenty of things for you to consider as you try to complete this adventure. Trial and error is a big part of the gameplay cycle for Shadowgate. 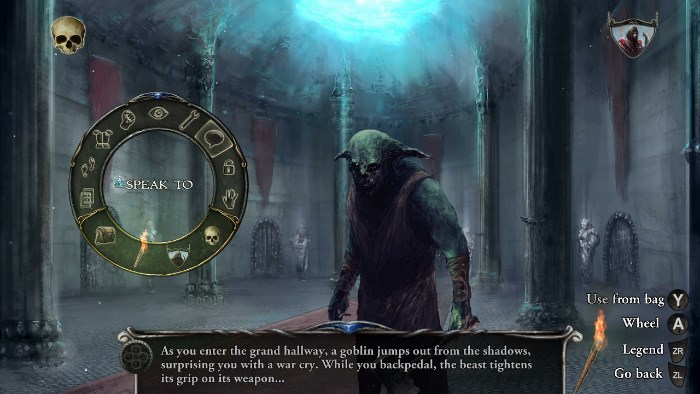 Another aspect of your puzzle solving part of the equation is the arsenal of spells you will get to learn during your quest. Spells will be obtained from ancient scrolls you’ll find as you explore each area. These spells will be used at specific areas, helping you solve puzzles and open the way to new locations. Be sure to pay attention to the information you can get about the scrolls and the spells they bestow upon you, since there will be a hint in their name to let you know how it can be useful.


One thing you need to keep in mind is that you are always playing on a timer. If you look at the screen you will notice you have a lit torch that is slowly but surely running out. If that torch runs out, you’re pretty much dead. Fortunately there are torches galore in the castle, so be sure to click on every single one you see so that you can add it to your inventory. If you don’t pay attention, the game will play a “panic” song, giving you one last chance to light a new torch before the current one runs out. 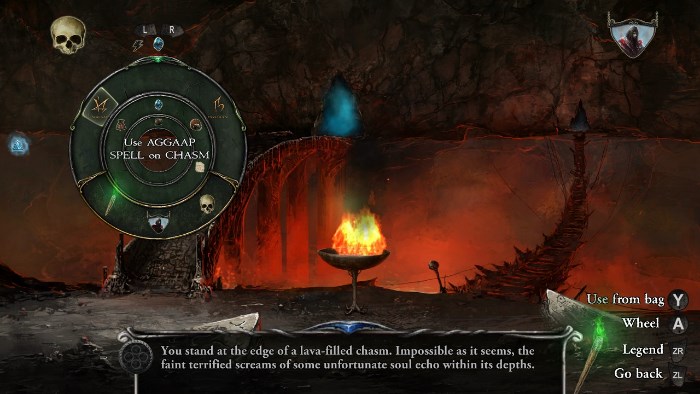 Shadowgate on the Nintendo Switch is a brilliant and very challenging point and click adventure that brings an old-school classic into a new video game era. As long as you manually save every now and then, you’ll have a good time with the trial and error cycle you’ll find yourself having a lot of fun with this mystical adventure. You’ll get the hang of things after playing for a few minutes, what with the new dial menu and how you use it to interact with this living and breathing world, and once it clicks you’ll be having a great time from start to finish.

Disclaimer
This Shadowgate review is based on a Nintendo Switch copy provided by Abstraction Games.