PixelNAUTS Games are giving LOST ORBIT a new go on Nintendo Switch with a definitive edition. Learn more about what is new in our LOST ORBIT: Terminal Velocity review!

PixelNAUTS Games released LOST ORBIT on the PlayStation 4 way back in 2015, and it’s a game we liked to play on Sony’s console many moons ago. What’s new this time around on this improved Terminal Velocity version for the Nintendo Switch? Well, the game now includes new gameplay mechanics, such as being able to drill into asteroids, as long as you don’t overheat, as well as 12 new levels set in a new solar system, as well as 15 new challenge levels to, well, challenge your skills! 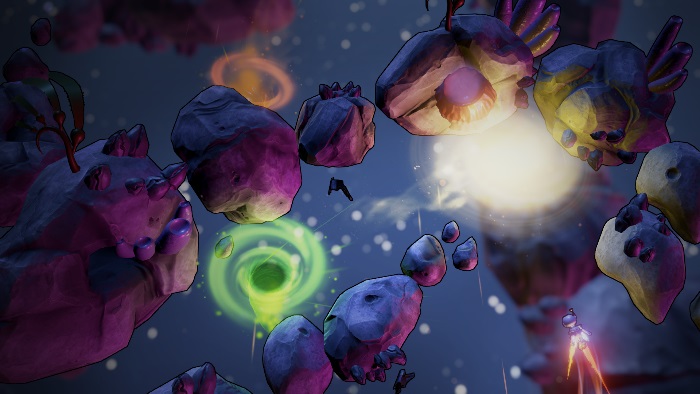 Your adventure begins as you see how the ship of the spaceman you will control, a maintenance handyman of sorts, is considerably damaged during a mission. Because of this, he is left without a vessel to return home, with nothing more than his jetpack to propel him through space on a quest to try and stay alive. Along the way, he will be able to orbit small planetoids to refill its mega boost, as well as boost through a planetoid’s rings to gain an extra burst of speed, or going through gas planets that will allow the spaceman to go very really, really fast. There are also water planets that will grab the spaceman, allowing you to aim for your new path and launch onward. Luckily you’ll find a warp node at the end of a stage which will propel you onward to the next area, which is interesting since warp nodes are actually for spaceships! 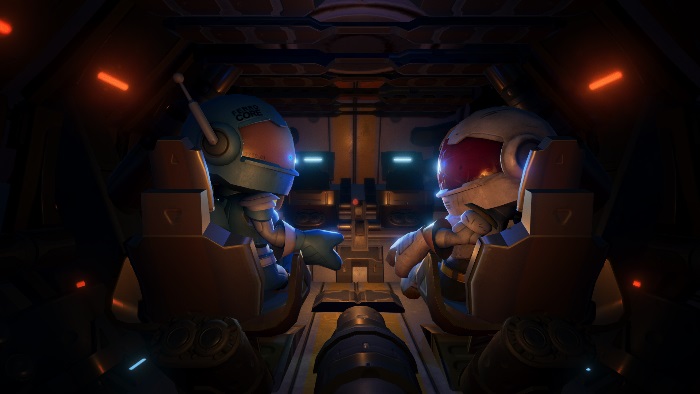 On top of this, you will also run into ramps that will allow you to “jump over” obstacles on your path, teleporters that will instantly have you travel from a green entry point to an orange exit spot, fire planetoids that will ignite you so that you can scare away the obnoxious grubs that will try to sabotage your flight, turrets that shoot lasers at you, large frakkers that are just minding their own business as they travel through space, and grind rails you can ride through some sections, switching between them with the L and R buttons. Oh, and there are space pirates to avoid as well because space would not be space without some pirates! 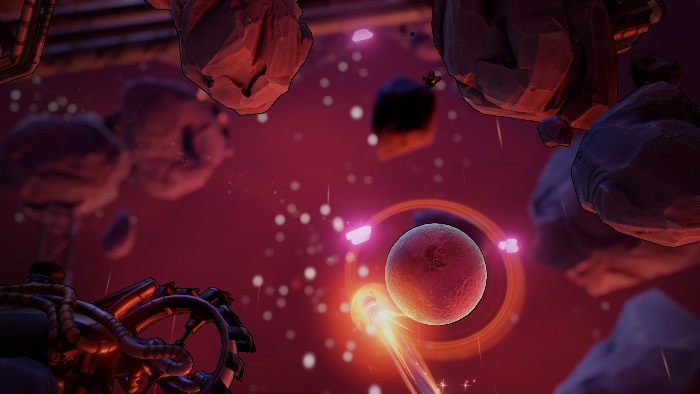 You’ll control the spaceman with the left analog stick as it flies around the screen, being able to fly off the screen and come out on the other side. You can boost with the A button to greatly increase your speed, and you can mega boost by pressing and holding down the A and the ZR buttons. Mega boosts will give you a big burst of speed, but they will consume a lot of your fuel, which is why you need to orbit the planetoids on your path so that you can recover some fuel. If you need to quickly maneuver away from danger, you can do a barrel roll with the L and R buttons. If you’re going too fast and don’t want to end up crashing into a hazard, you can hit the brakes with the ZR button. You can also drill through asteroids with the ZL button. 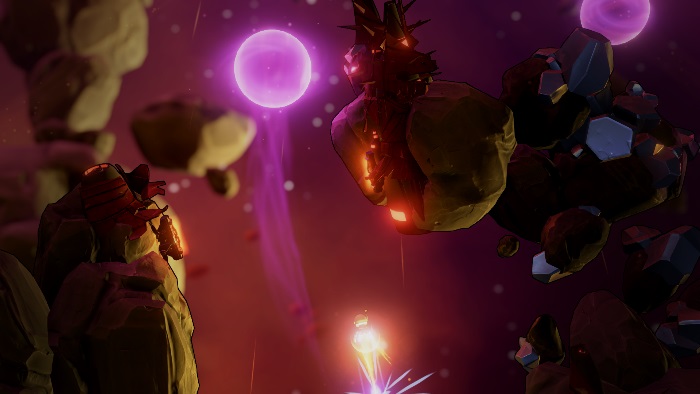 The obtainum you collect during your journey through space can be used to upgrade your character. There are utilities, such as the aforementioned barrel roll or a magnetize skill that will make it so that the obtanium actually flies towards you when you’re near it. Defensive abilities that unlock the reverse thrusters for you to brake with, as well as a bomb you can launch with the Y button to blow up asteroids, grubs, and turrets. And then we have the mega boost which has its own section so that you can boost the overall available fuel, how fast the fuel recharges, and how much of a speed boost you get when the mega boost is active. You can also re-spec your character’s upgrades at any time and without any penalties, so be sure to use this to your advantage! 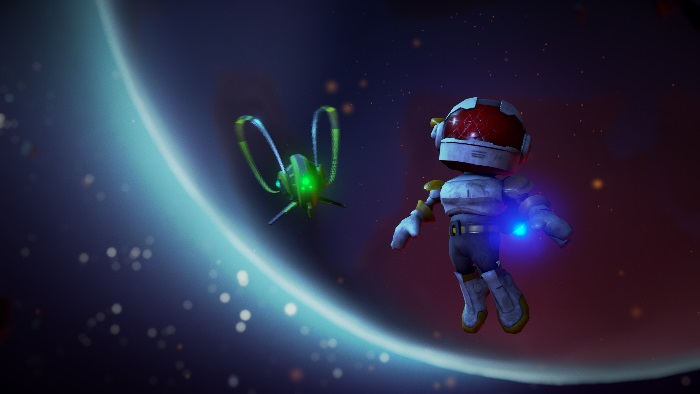 For each stage that you take on, you will be ranked based on the time it took you to complete the level, how much obtainum you’ve collected, and how many times you’ve died. Each of these categories has specific goals for you to achieve so that you can be rewarded with a bronze, silver, gold, or platinum badge for each one if you manage to do a good job. Complete all three goals for these categories, and you will get a platinum rank for that level. If a level is giving you trouble and you can’t quite get a platinum rank, you might want to wait until after you’ve upgraded your character a bit before you give it another go since having some extra speed or more fuel to mega boost can make a big difference.

LOST ORBIT: Terminal Velocity is the definitive version of this fast-paced arcade-style space adventure, and it’s now ready for you on Nintendo Switch. It features a lot of content – even more so now that thanks to the extra campaign and the added challenge levels. It’s a great option for speedrunners since the game registers your completion time for each stage, so even when you’ve completed all the game has to offer you can go back and try to shave off some seconds here and there as you find the perfect path down each area.

Disclaimer
This LOST ORBIT: Terminal Velocity review is based on a Nintendo Switch copy provided by PixelNAUTS Games.

The Best Slots You Can Play on PlayStation