[Beyond PlayStation] Hellmut: The Badass from Hell Review


In Hellmut: The Badass from Hell is a randomly generated twin-stick shooter in which you play as the disembodied and supernaturally revived head of a former scientist who had summoned a demon to be able to ask it to grant him eternal life. Things don’t go as planned, and he ends up “living” as a floating head which sets out to fight demonic horde after demonic horde. This will be achieved thanks to the different transformations that the former scientist can secure, adding more and more as you complete each run. 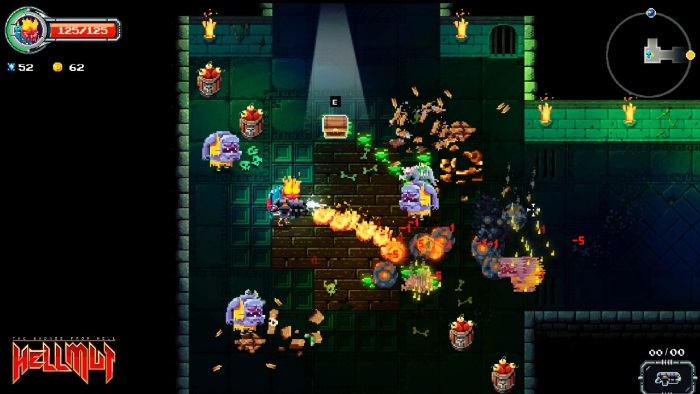 You’ll move your character around with the left analog stick or the D-Pad, aiming with the right analog stick and firing your weapon with the ZR button. If you want to swap between your available weapons, then you can do so with the L and A buttons. There is also a special attack set to the ZL button that is, well, powerfully special. It’s so special that to keep you from using it over and over again you’ll need to wait until the cooldown period is over so that you can use it again. You can interact with things with the A button and can use items with the Y button. If you need to transform into something else, you can do so with the X button to open up the available options. You will learn the basics during the short tutorial where you will get to put your abilities to the test. 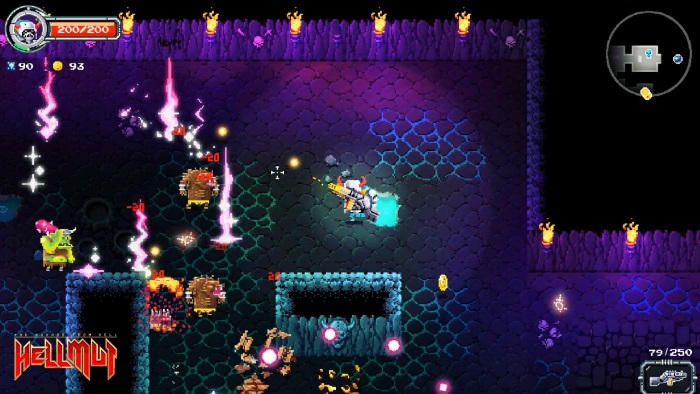 As you play through each run of the game, you will be completing a set of stages in which, along with the regular “explore this area and find as much loot as possible” levels, you will also get to battle some bosses. They all pack a punch, and if you want to stay alive long enough to be able to defeat them, then you will need to pay attention to their movement and attack patterns, as well as keep your eyes wide open so that you can quickly spot any minions they end up bringing into the fight. 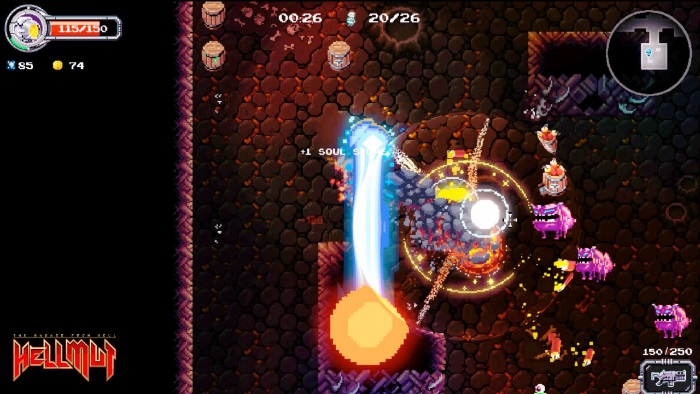 Along with the randomly generated randomness of the main gameplay mode, there is also the Gauntlet in which you can test your might against endless waves of demonically hellish creatures. You can use the coin you collect to purchase new weapons, equipment, healing kits, and other items. Equipment will boost your attack, speed, and overall, health, so it’s a must if you want to stay alive. There is also an arcade machine in which you can spend your coins to play a nice game of Invaders from Hell – you can probably guess what game it’s based on. 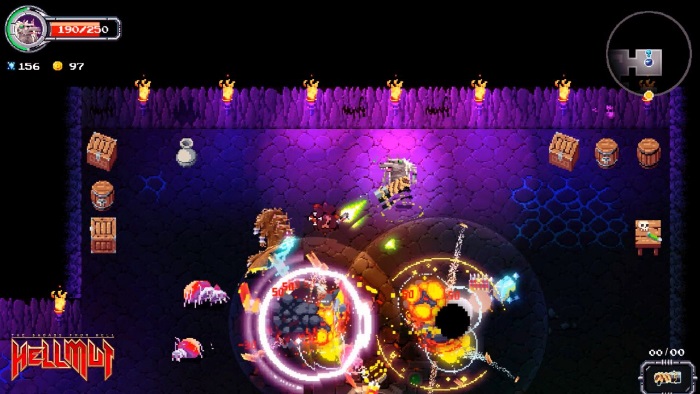 Hellmut: The Badass from Hell offers some options to customize your experience. You can select to play with a modern-style soundtrack, and old-school musical selection, or a mix of both. The gore and effects can also be set to on or off, and you can do the same for the permanent gore. There is the option to set how much screenshake should be present during your run, and if you want the Joy-Con to vibrate or not. You can’t remap the buttons for the game’s controls, but I didn’t feel that this was necessary while playing Hellmut: The Badass from Hell for this review. 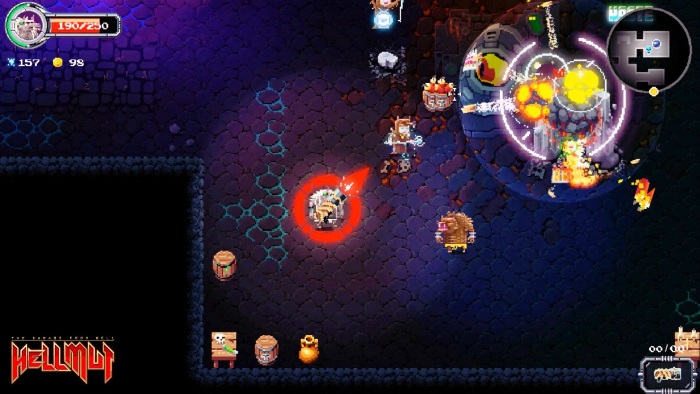 Hellmut: The Badass from Hell is a fun and challenging twin-stick shooter with an interesting gameplay hook that will keep you juggling different transformations to keep said entities “alive” enough for you to heal them at the shop so that you can extend your run a bit further. The more transformations you unlock and add to your arsenal, the longer your runs will be, so even when you die you’ll start to make some progress towards the “end game” side of things. The difficulty curve is a bit steeper than what you might be used to in twin-stick roguelite shooters, so your enjoyment and mileage may vary. 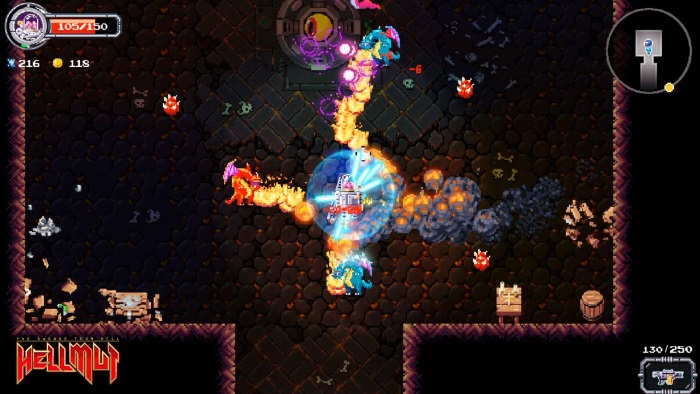 Disclaimer
This Hellmut: The Badass from Hell review is based on a Nintendo Switch provided by 2tainment.

Eagle Island Out Next Week On Nintendo Switch