Board game classic Clue has now found its way to the Nintendo Switch, courtesy of Marmalade Game Studio. Is it a must-have for fans? Find out in our Clue review!


The masterful whodunit board game Clue is now out on the Nintendo Switch, giving us a digital representation of a beloved classic. The goal of the game is to find you who exactly killed Mr. Boddy, as well as with what weapon and where. You will do this by rolling the dice as you travel around the mansion, asking questions and making suggestions about what could have happened in that particular room. If you, for instance, suggest that a specific character murdered Mr. Boddy with a particular item, the next player must secretly show you one of the cards you’ve mentioned if you are correct. Bluffing is also part of the game since you can use the information you have from owning one of the cards related to an item or a character to try and throw off the rest of the players. 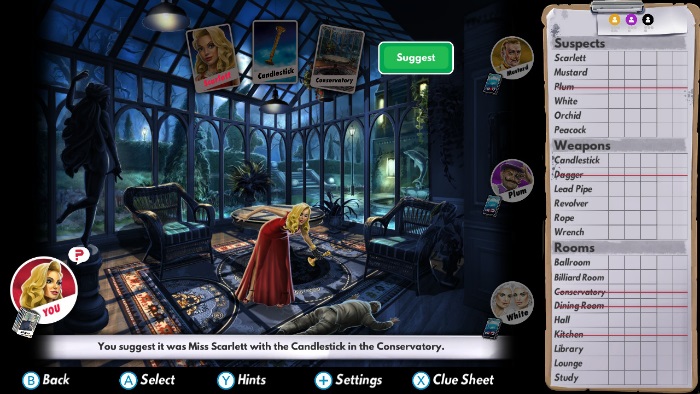 The game offers a variety of options for playing. You can take on this one on your own in a single-player adventure with up to five AI opponents, you can play with your friends by using a private passcode, or you can dive into an online multiplayer session with random opponents from around the world. Once you’ve selected your character, you will be given a quick look at the 3D model that represents the location where the game will take place, before a random suspect, weapon, and room are placed inside of the mystery envelope, thus representing the murder cards. 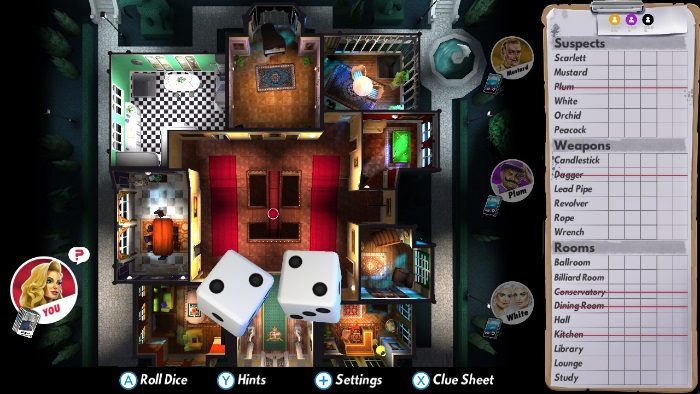 With this being a digital representation of the physical board game, there are some bonuses to playing this in video game form. The Clue Sheet that players use to narrow down the main suspect, weapon, and location, are completed digitally, marking a square with a tick if another player has a card, or marking it with a cross if no one has it – valuable information that can steer you closer to finding the truth! If you think you have all the information needed, you can make one final accusation at the end of your turn. If you’re right, then you win the game… but if you’re wrong, then you’re out of the game. 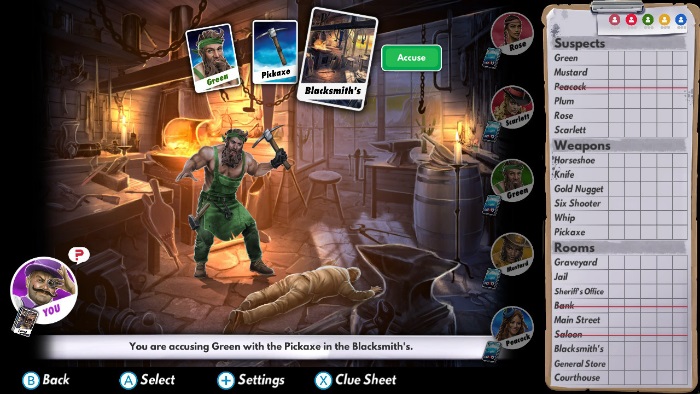 There is the option of playing the game with the regular rules, but you can also activate hints for the game you’re about to play. What this does is add special ability cards that can be used to peek at a specific player’s random card, move to a room in particular, block all other players from being able to make an accusation for one turn, or being warned when one of the players is close to solving the murder, or has pretty much solved it. The hints option changes things around a bit and also offers those new to this board game a chance to enjoy it. 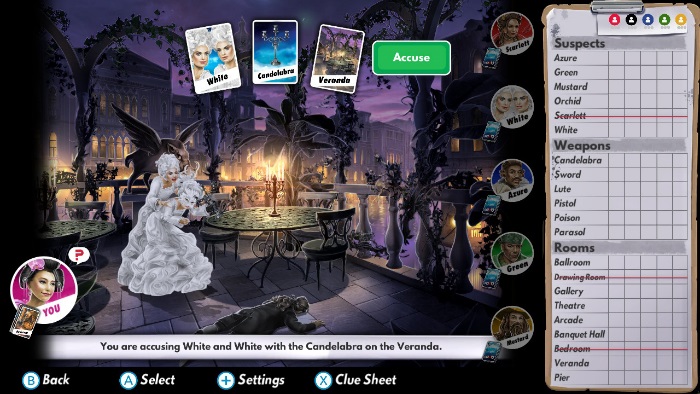 Clue is available for $29.99 on Nintendo Switch or as a game and season pass bundle for $39.98, which is the same price you’d get from adding the standalone game and the cost of the season pass on its own at $9.99. What the season pass gets you is access to all current and future themes for the board game. Themes change the location, the weapons, and the rooms, while also adding a new look to the classic characters – or even adding new characters into the mix – which helps to keep things fresh from game to game. The main release includes boards set in the classic mansion, a Hollywood studio, snowy peaks, the wild west, a masquerade, and the Tudor mansion. So far the season pass has added a vampire theme, one for the Murder Express, and another for Sherlock, with two more themes expected this year. 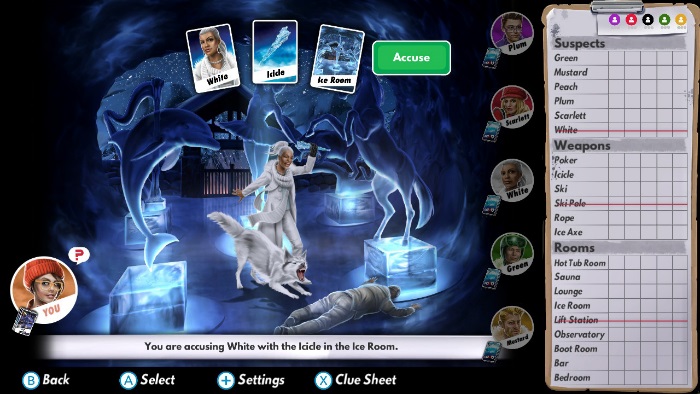 Clue is a board game classic, one that I started to play way back in the day, a board game I own a copy of and play every now and then in its physical version, so I was definitely up for playing this video game version for our review. I’m happy to report that the digital version works as intended, basically giving you six board variants at a very respectable $29.99, which is nice considering a physical game of Clue can cost roughly $15-20, and that gives you the one board with the one setting. I suggest you get the bundle with the main game and the season pass since the extra themes – with more on the way – are well worth the $9.99 asking price. 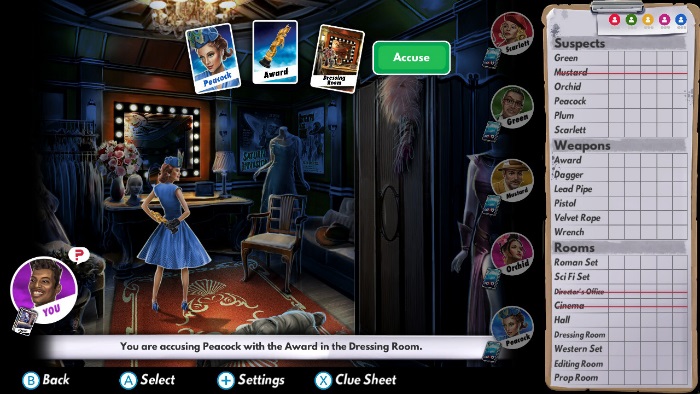 Disclaimer
This Clue review is based on a Nintendo Switch copy provided by Marmalade Games Studio.