We’ll be working on a review for Pawarumi, so I got in touch with Manufacture 43 to talk a bit about the game. Come check it out!

PS4Blog: Good morning! Thank you for taking the time to do this interview. Could you please help us get this one going by telling our readers a bit about yourself and you work?

Good evening from Bordeaux, France! I am Daniel, one of the three main developers behind Pawarumi, and part of company Manufacture 43. We’ve been working on video games for the past ten years on both small and rather large projects. Pawarumi is our first project as independent developers. 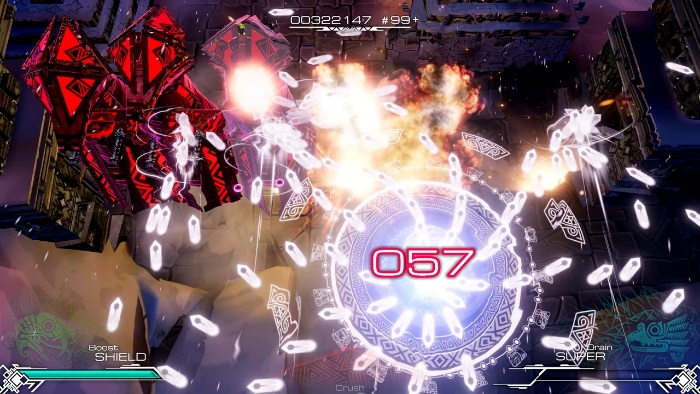 PS4B: On that note, Pawarumi is getting a Nintendo Switch release on July 24. How would you describe the game to someone who’s never heard about it?

Rock Paper Scissors with Lasers! It’s a top-down 3D shoot ’em up set in a futuristic yet pre-Columbian inspired universe. It features an original game mechanic that allows the player to heal, maximize damage, or charge a super attack, at any time, simply by shooting with the adequate weapon against the right enemy type. It gives players quite a refreshing and very tactic feeling in this classic genre.

When creating the universe for Pawarumi, we looked everywhere for inspiration, and our interest soon focused on the Mayan and Aztecs cultures. When we looked at the grandiose structures and statues, we immediately started thinking, “wow, those look like rock made mechas! Here are our bosses!” But then we wondered, are we again going to do a world of magic? Nah, let’s go for some sci-fi! The sci-fi and pre-Columbian mix soon gave us a very distinct style that worked very well with the many special effects we wanted and the shoot ’em up genre. 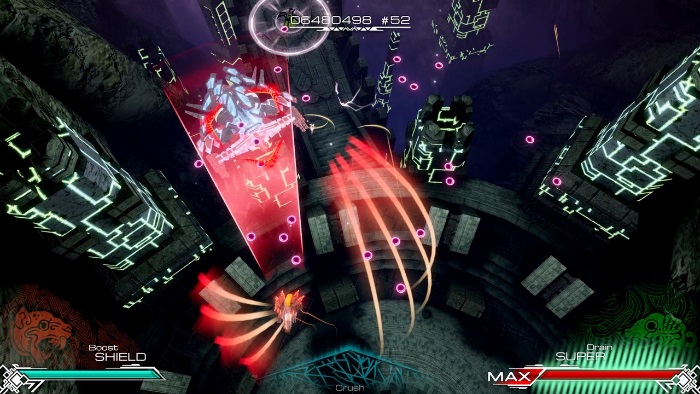 PS4B: How long did it take to develop the game for Nintendo’s hybrid console? Were there any particular hurdles or challenges you had to overcome?

The game itself took a little bit more than two years to develop and release on PC. For the Nintendo Switch version, it took one more year to optimize everything and have it run smoothly without compromising its visual style and special effects.

Working on the Nintendo Switch overall was a blast. I tried to make the most of it and that’s why this version of the game has an exclusive alternate ship that takes on the colors of the Joy-Con you’re playing with! I think it will be a nice surprise. 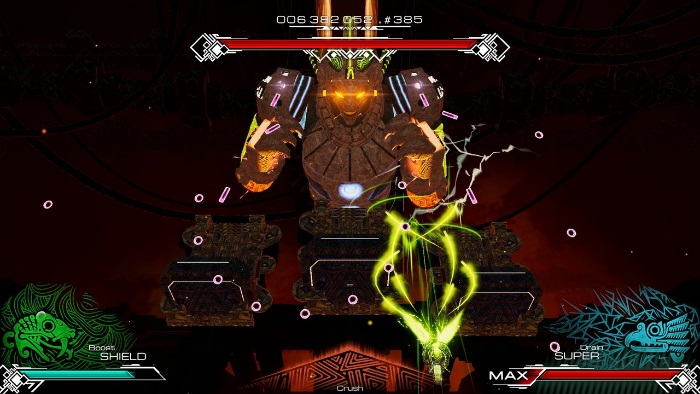 PS4B: Is there any chance we might get a physical version of the game on Nintendo Switch?

Yes, a physical release of the game is planned, but we have no date for its availability just yet. Our distributor is very fond of shoot ’em ups, and I really trust them to do a nice job when the time comes. They even are into my idea of including a superplay DVD that would feature an amazing play of the game! I would love to do a contest to gather the best players around and make that extra DVD happen. Let’s call all players to do their best on the digital release of the game! 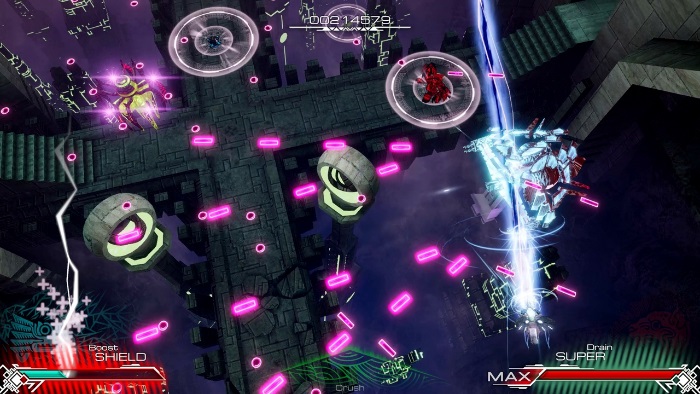 PS4B: Are you considering bringing the game to the PlayStation 4 later in the year?

Yes! The game is currently being ported by our friends of Ebim Studio in Angoulême. We don’t have a release date yet though.

Shoot ’em ups are part of the first genres of video games, and they will never die. It’s been more than 40 years since Space Invaders, and we can still come up with original new game mechanics for them! Thank you very much for giving me the time to put the spotlight on this genre and our take on it! 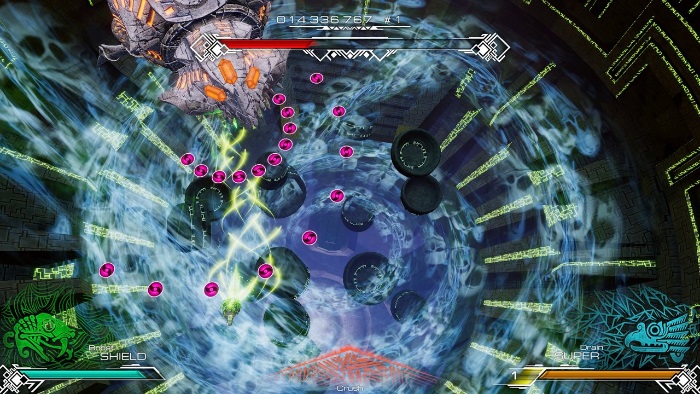