We’re working on a review for A Duel Hand Disaster: Trackher, so I got in touch with Ask An Enemy Studios to talk a bit about the game. Come check it out!

PS4Blog: Good afternoon! Thank you for joining us at PS4Blog.net. Can you please help us get started by telling our readers a bit about yourself and your work?

Thank you for taking the time to do this! My name is Jaycee Salinas, and I’m the Creative Director and sole employee of Ask An Enemy Studios out of El Paso, Texas. I dropped out of “game design” school because it was a complete waste of time, but I still had the desire to make a game. So I essentially took matters into my own hands and picked up a copy of GameMaker Studio, and had a go at it. When I started working on the game, it looked terrible – I’m a terrible artist. Regardless of how vivid the images are in my head, I just can’t reproduce them visually. I refuse to give up, so I tend to look for alternative solutions or methods. Hence, once I moved over to Unity, it’s camera system allowed me to do some cool stuff. At that point, everything else just kinda fell into place. However, you still have to make some “arrangement.” 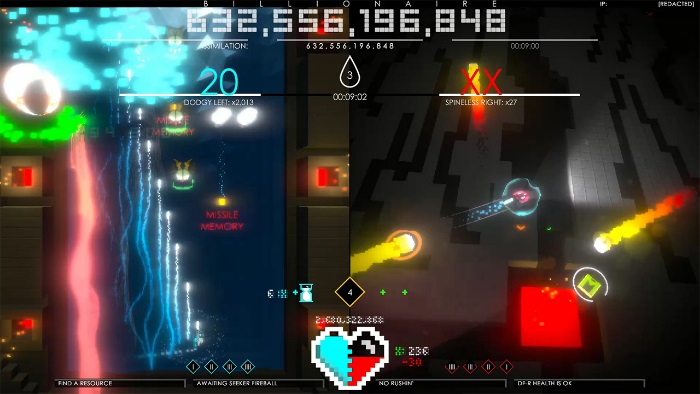 PS4B: A Duel Hand Disaster: Trackher is out on Nintendo Switch and will be making its way to the PS4 at a later date. How would you describe the game to someone who’s never heard about it?

The simplest way to wrap someone’s head around it is if you imagine playing Space Invaders/Galaga and Pac Man at the same time. It is similar to those games in which you’re always going for the high score, but in this game, you have to decide when to save your score – when to tap out, if you will. I’ve called it a “Risk ‘Em Up” for this reason and the idea that if you are willing to push your luck and test yourself, the reward will be higher. However, when you die, not only do you wipe your score, you risk the chance of wiping your leaderboard position as well. This is the true “twist” on the usual shmup. Everything else is “devil in the details” type of stuff. 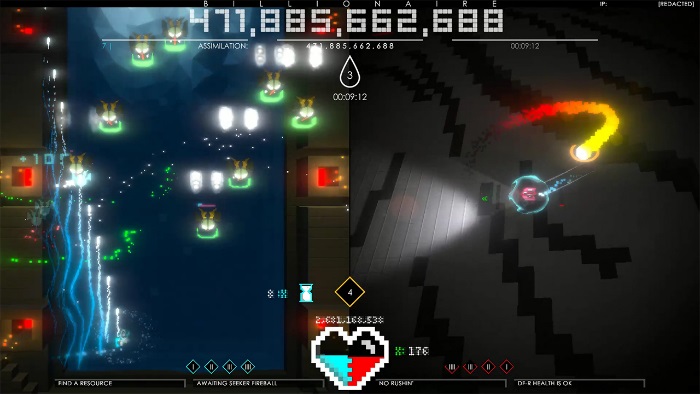 PS4B: What drew you to develop this fast-paced, action-packed arcade-style release?

I love games that you can just pick up and play. Don’t get me wrong I absolutely LOVE the Metal Gear Solid series, but there are times when you try to revisit them and it’s nearly impossible to get a good flow going. It feels more time consuming than anything else. Phantom Pain is a nice departure from this, but don’t even get me started on the story! I also think that as you get older you start to realize how much time you really have to do anything, and spending time on cutscenes, even more so the kind you can’t skip, feels like wasted time.

The most prominent reason I went with something smaller and HELLA more gameplay focused was that I’m only one dude, with no prior programming or game design experience, so if I went with some MMO style FPS, with a story no one could give a holy cornhole about, not only would I be massively wasting my time, I’d be wasting the players time as well and that sure as hell was not something I wanted to do. 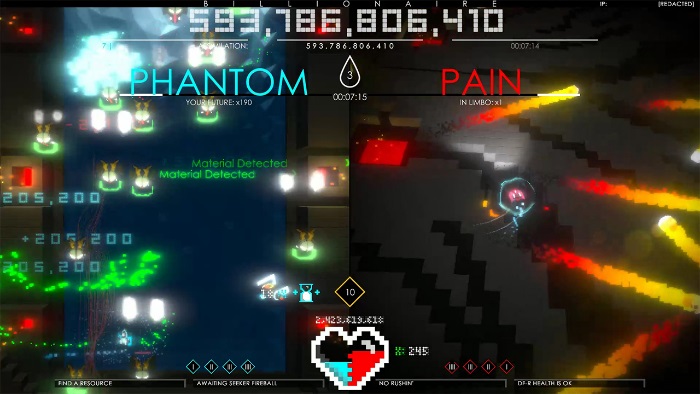 PS4B: When can we expect to see this split-screen single-player game on PlayStation 4?

I can’t quite promise a release date just yet, but I’m saying this now so you can hold my feet to the fire. My goal with holding back on releasing the PlayStation version was to implement the VR mode, which I will not be discussing any further at the moment. If any of your readers happened to have stopped by the booth at PAX West 2018 (IndieMEGABOOTH represent!) or they are members of the Ask An Enemy Studios Discord, then they have an idea of what I’m going for. If they didn’t, and this is their first glimpse into this game, no it’s not one screen on each eye, that is an extremely TERRIBLE eye-dea 😀 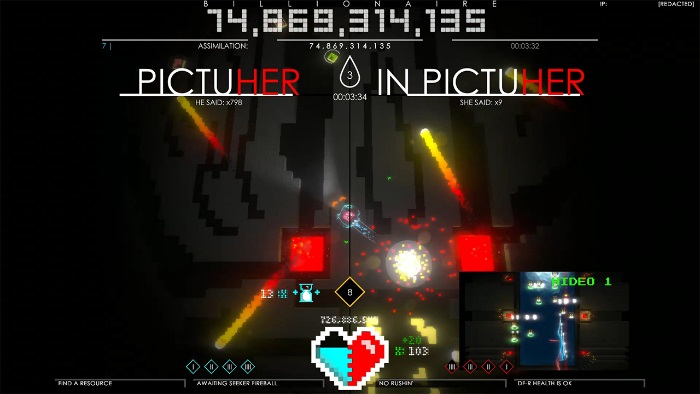 I understand that, at face value, the game looks intimidating. Over the years, from showing the game at event after event, I’ve seen players doubt themselves as they grab the controller. The greatest feeling in the world has been seeing those same people laugh and smile at what is usually an immediate death, but not give up. They also end up owning the leaderboards or continue to challenge others, making them better through competition and just continue to come back when there were literally thousands of other things they could be playing on the show floor. #arcadeIsNotDead 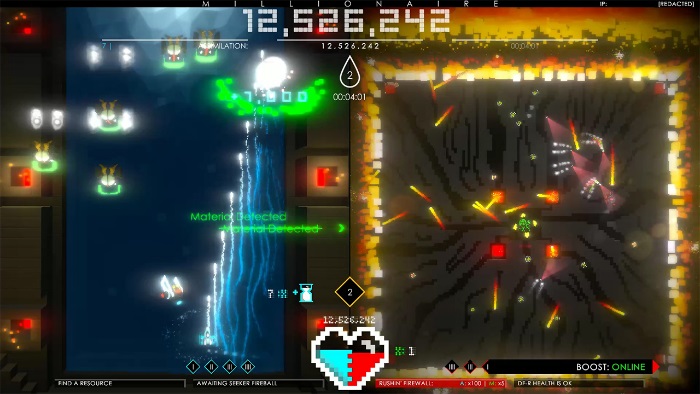