You sunk my Battleship… and it’s payback time! Come check out our World of Warships: Legends review!


Experience epic naval action in World of Warships: Legends, a global multiplayer free-to-play online game where you can master the seas in history’s greatest warships! Recruit legendary commanders, upgrade your vessels and stake your claim to naval supremacy with or against players around the world. PS Plus is not required for online play, so there’s nothing stopping you from setting sail today!

CHOOSE YOUR COMBAT STYLE
Take control of destroyers, cruisers, or battleships to best suit your playstyle, from a guns blazing approach, to more careful and methodical attacks, and more.

TURN THE TIDE IN EPIC 9 V 9 BATTLES
Join forces with friends to challenge players around the world, and work together to devise strategies and plan attacks to outgun your opponents and turn the tide of battle.

World of Warships is a new game from the Developers of World of Tanks and World of Warplanes. It’s a Free to Play game that puts you in a fleet of other humans controlling ships vs. another fleet battling it out for supremacy. 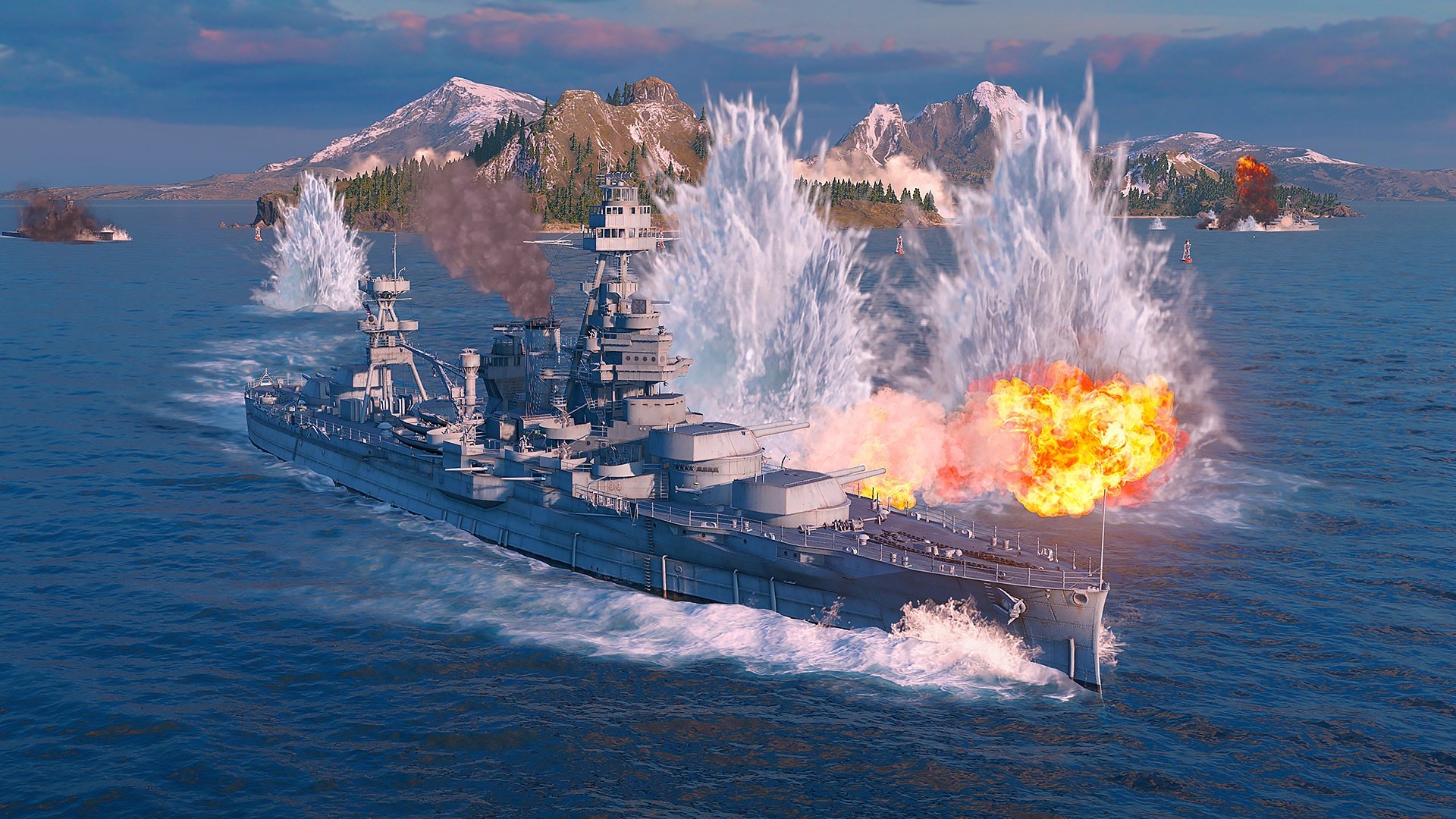 Full disclosure: as this is a Free to Play (F2P) game, the developer gave us a boost pack for our review that includes some bonus in-game currency and some extra stuff here and there to help us review the more advanced features of the game. You can grind an earn these over time as you play, but I did want to let you know how I got started with World of Warships: Legends on PlayStation 4. The game has been available for a bit on PC,m but this isn’t just a straight up pot. The game has been redone with consoles in mind, adding some new content and making changes to the way you interact with the game since you’re controlling things with a controller vs. mouse and keyboard.

The game has a rather steep learning, throwing you into the game with the option to play against human opponents or vs. AI boats. While playing against the AI boats you will learn more about the game and, trust me, there is a lot to learn with how to control your ship, how to speed up and slow down, firing at potential targets, avoiding incoming attacks, and more. Take your time with the AI opponent’s and learn the ins and outs of this, or you will have a hard time playing against humans who did their homework! There is a big learning curve, as you are dealing with moving targets. You need to aim where you think they will be and not where they are, especially for battles with larger distances. This can take some time to get used to. 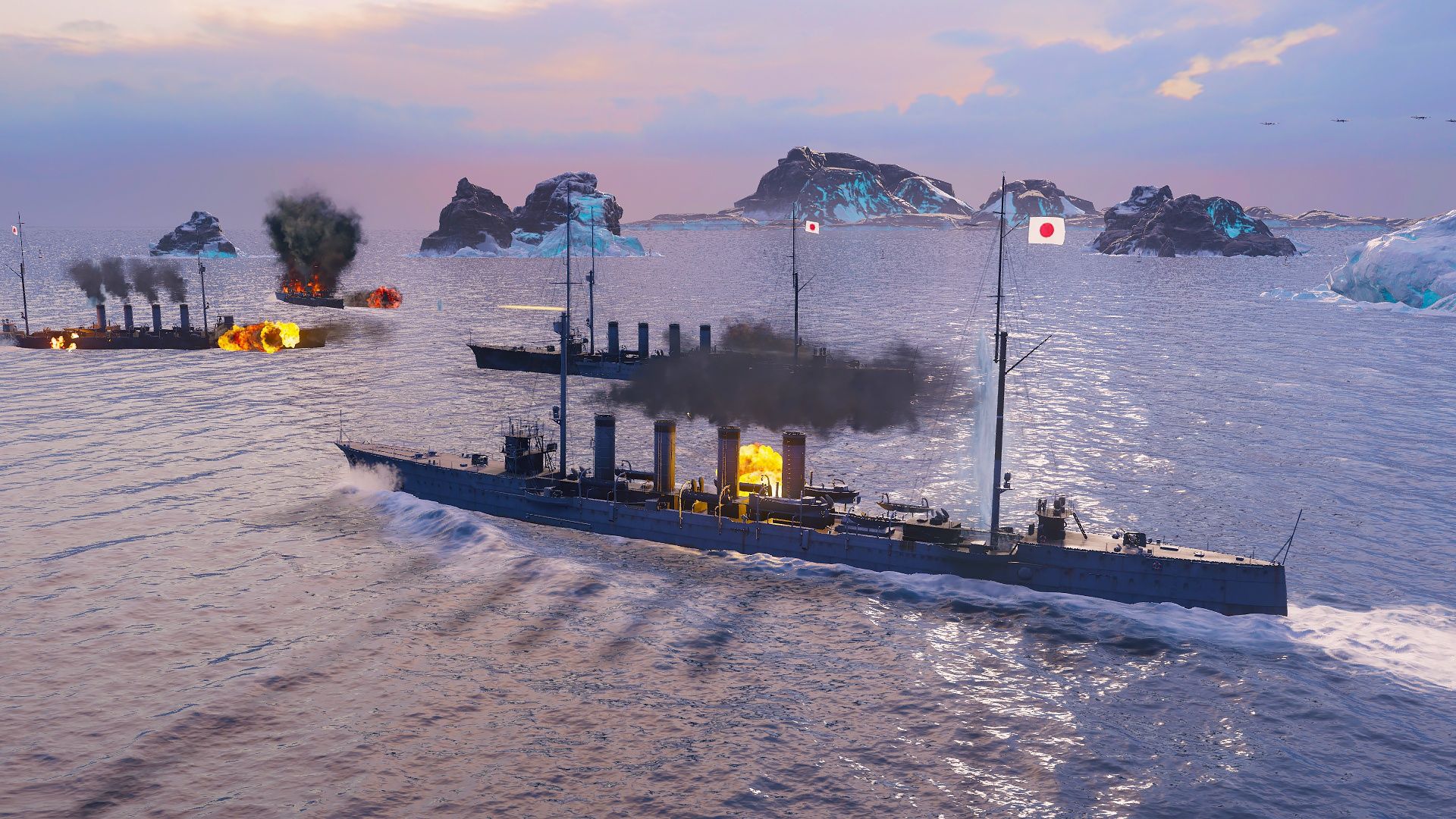 You start with tier 1 ships, which are the basic ones. As you play the game more, you will earn XP, which will help to unlock new tiers, as well as better ships that give you more power or more mobility. Since it is a F2P game, you can unlock these quicker if you don’t want to grind for experience. Along the way, you can customize and modify your ships, allowing them to feel unique on the battlefield and fit the playstyle you like. There are also legendary commanders you can get, which grant an additional bonus to the ship depending about what their specialty is. 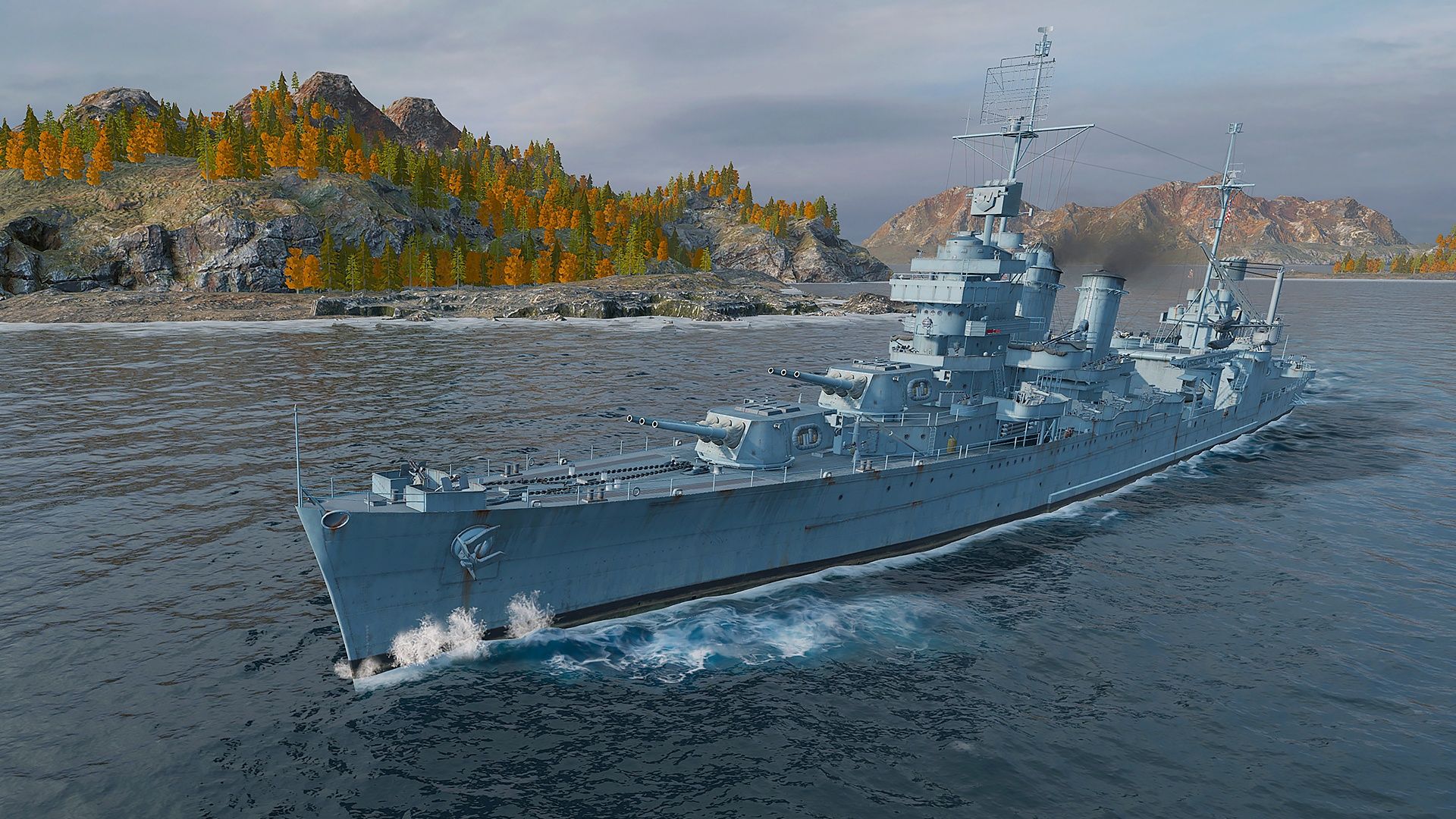 The battle will either end when all enemy ships have been sunk, or you have captured the crucial pieces of land. You and your team start on one side of the 15 maps with your opposing team on the other, and then the skirmish happens. When playing against the AI, you will find yourself winning quite often, which is a great boost for your ego, but when you switch to working with and playing against humans, there is a big climb in difficulty. You need to work with your teammates to coordinate an effort to win against other people trying to beat you. Teamwork is super important, and it is the best way to play the game.

The game impressed me visually, especially for a F2P game. I went in expecting a dated look as this has been available on PC for a while, but it looked very good on PlayStation 4! Ships looked very distinct from each other, with lots of little features on them that allowed me to see which type of ship I was dealing with. The draw distance is great as well since you can see land masses and ships far out in the horizon battling each other. It’s cool at certain points to see all the ships battling around you!

I had a bunch of fun with World of Warships. It’s a neat MMO that feels unique, especially in the Free to Play market. Without putting any money into it, you can get a feel for what the game offers, and as you continue to play, you can reap its rewards. This feels like the perfect evergreen game where you can jump in with a limited amount of time to play and have some good fun, as it does not force you to pay up to survive and progress, but if you want to, you can go down that route.

Disclaimer
This WORLD OF WARSHIPS: LEGENDS review is based on a PlayStation 4 copy provided by Wargaming.net.