When a Warlock threatens the safety of the entire world, salvation must come by mail!

Warlock’s Tower is a retro puzzler with elegantly designed levels around one simple rule – one move equals one life lost. Playing as mailman Tim, you must brave the tower and its complex rooms of maddening puzzles, in a bid to reach the top and deliver a peace offering to the Warlock.

Clearing each room won’t be easy, though! Every step you take costs a life point, monsters and traps are everywhere, and some rooms require two characters working in tandem to proceed!
Delivering the post has never been so challenging. Watch your step!

This is a double review for Warlock’s Tower. Ceidz and EdEN played the game, and this review presents what they both had to say.

In Warlock’s Tower, you are Tim, a mailman. For reasons, you must get rid of an evil Warlock that sits on top of his tower. The premise is simple and to the point, and the game throws you right into the action. As for the gameplay, you must clear each room of the tower with the twist that each step you take is counted, and you must complete the stage before you run out of steps. Luckily there are gems you can collect to increase your step total. The game says that “each step taken equals to one life lost,” which means that the counter on the upper part of the screen is your life counter. 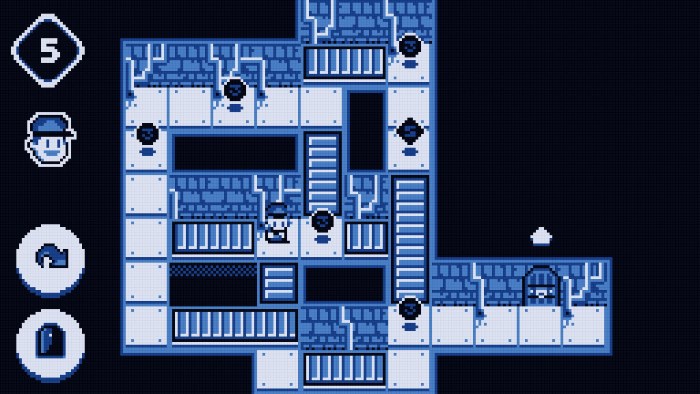 The puzzles become harder as you progress through the tower, presenting you with trickier sequences to solve. Since the last gem collected replaces the remaining step value, the order in which they are taken matters. At first, the pattern to clear a room is relatively easy to understand at first glance, but by the time I reached the fourth floor, I had to try a few times before finding the solution. And then there are hazards thrown into the mix that change things up. For example, you’ll find zombies who take one step for every three you take, and they will end your existence if you get too close. The good news is that you can trick enemies into attacking each other, so if you plan things right you can clear out some of the enemies to open a path towards the exit.

The game’s presentation is great, with a Game Boy-esque art style, pixel lines and all. It definitely does a good job of making you think it might be a lost game from an age past, so kudos to the development team for that. As for the Warlock’s Tower soundtrack, I have to be honest: it wasn’t something I’d listen to outside of the game, but it was appropriate for the era that the game is reproducing. All in all, Warlock’s Tower is a solid puzzle game that will be a fun experience and a great one for a Platinum run. 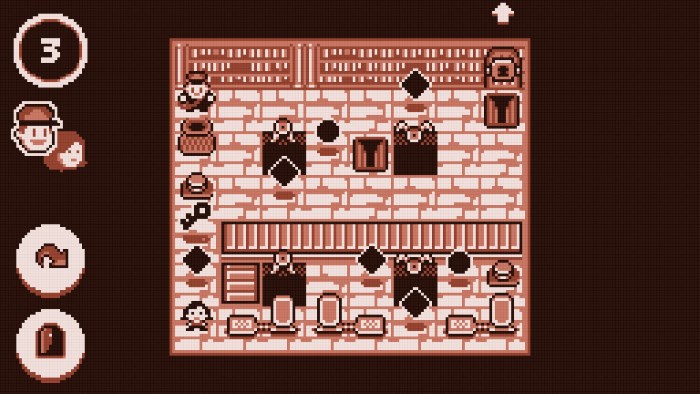 As Ceidz mentioned, Warlock’s Tower places you in the shoes of a mailman, and you will walk around as a mailman by using the D-Pad to move up, down, left, and right as needed – you can also use the left analog stick if you want to. The reason why every step is a life lost is that the tower is cursed, so you’ll need to think before you walk so that you can make every step count along the way! Gems are split into regular gems, which grant you three extra steps, and super gems, which are more powerful and add five gems to your count. When playing on PlayStation Vita, the stages will not be able to fit on the portable’s screen in one go, so you’ll need to move the camera around with the right analog stick.oh 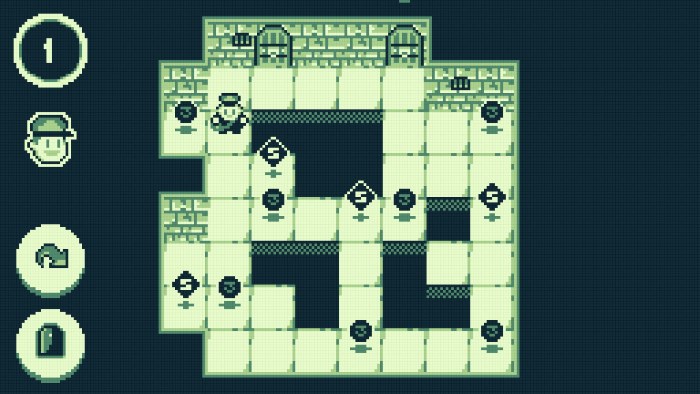 If you screw up and end up at a dead end, you can press the Square button to quickly restart the stage. And if you feel that you need a break from the game, you can always press the Triangle button to exit to the menu, saving your progress up to that point so that you can give it another go with a more relaxed mind. You will sometimes have to press the X button to switch between two characters to solve some of the puzzles, and this changes the way you approach things. You should keep in mind that you don’t always need to collect all of the gems in a stage to be able to reach the exit, so don’t let the many gems around a level distract you!


At first, all you need to do is reach the level’s exit to be able to progress through the game, but in later stages, you will also need to collect a key before you reach the exit door, so that you can open it and carry on. There are also some special extra stages in the game, which you can access by reaching a level with a question mark on it. These extra stages are optional levels that are not required to be able to complete the game or to get all the trophies in the game.

Speaking of which, Warlock’s Tower has a full trophy list with a Platinum trophy, and a nice variety of trophies to unlock on your path to a new Platinum. Your first trophy will unlock as soon as you meet the evil warlock. There are other trophies for talking to NPC you can find at specific levels in the game, for a total of six NPC. There are also trophies for reaching each of the areas in the game, as well as for completing all regular stages in each area. There is one more trophy for completing the game – which was to be expected. The rest of the trophies are for meeting each of the enemies in the game, and the last one is for using a magical item that can create a checkpoint in a stage. 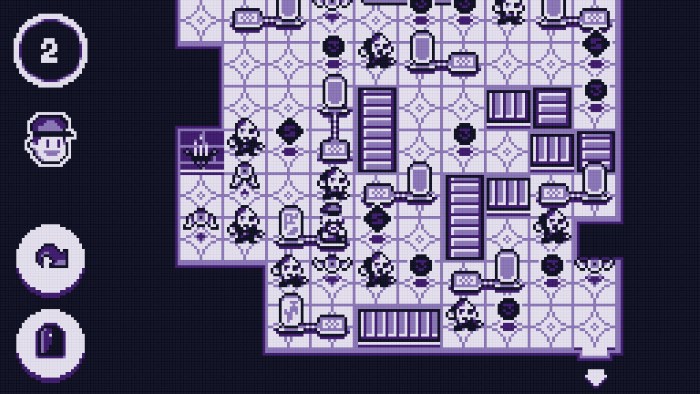 Warlock’s Tower is a fun puzzle game with an interesting Game Boy-esque retro look and feel that will challenge your brain with its over 100 puzzle rooms. It’s a budget cross-buy $4.99, so you can play this one at home or on the go. You get two separate trophy lists for two Platinum trophies, a retro art style and a chiptune soundtrack to go along with the experience. Oh, and there’s a fun gameplay twist at the end of the game that is going to change how you approach the final set of puzzles.

Disclaimer
This Warlock’s Tower Review is based on PlayStation 4 and Vita copies provided by Ratalaika Games.