The Legend of Heroes: Trails of Cold Steel II picks up one month after the decisive collision which changed the fate of the entire nation at the conclusion of Trails of Cold Steel. Speedy, tactical turn-based combat with the newly-developed “ARCUS” system returns with all the bells, and whistles players fondly remember alongside a new Overdrive mode, new means of transportation across both the land and sky, new allies, new dangers, and a renewed sense of hope as Rean tirelessly works to right the wrongs that have led the country to disarray.

If you’re new to The Legend of Heroes series, take note that there are different sub-stories to account for. For example, we have Trails in the Sky and Trails of Cold Steel, both taking place at relatively the same time on different continents of the same world (Liberl and Erebonia, respectively ). Some elements and characters are shared between both game series, but they can be played independently from one another. Take note, however, that there are direct sequels for each sub-series, which will go deeper into the story and lore set forth by the previous entry in said sub-series. While you could technically jump directly into Cold Steel II without having played Cold Steel, I definitively do not encourage you to do so. But if you do want to skip to the second title, you will at least be offered an optional recap of the story at the start of your journey. 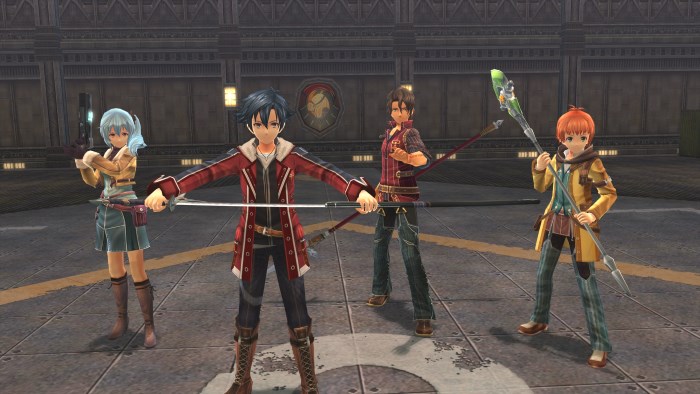 As for the game itself, if you played the PlayStation Vita or PlayStation 3 version that released three years ago, you’re in luck as you can download your save game from the previous version if it has been uploaded to the PSN! I had mentioned having trouble downloading my save game back when I reviewed Cold Steel, but this time it worked like a charm, and I managed to recover my previous save game, as you can see in the picture below (I’ve blurred any sensitive information). Downloading a game from the previous generation gives you some perks depending on how far you reached. Registering your completed save also allows for some customization of the conversations between characters with whom you built links during the first game! 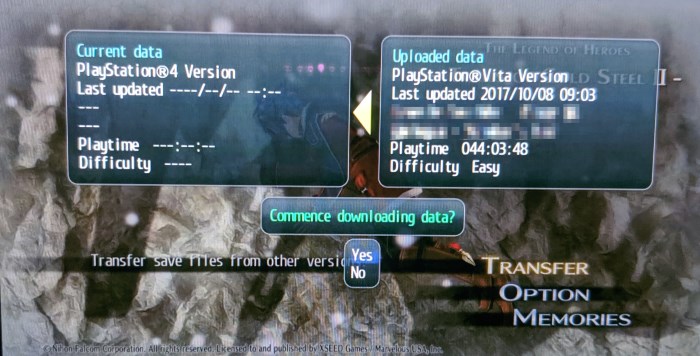 Following the final events of Trails of Cold Steel, the classmates from Class VII are separated and spread throughout Erebonia. Because of this, your first mission is to get them all back together! As was the case for The Legend of Heroes: Trails of Cold Steel, we are looking at a lengthy adventure that will last you around 45-50 hours if you rush to each story point, and it goes up to a considerable 70-80 hours if you’re playing at a harder difficulty setting and taking on and completing every side-quest the game has to offer. 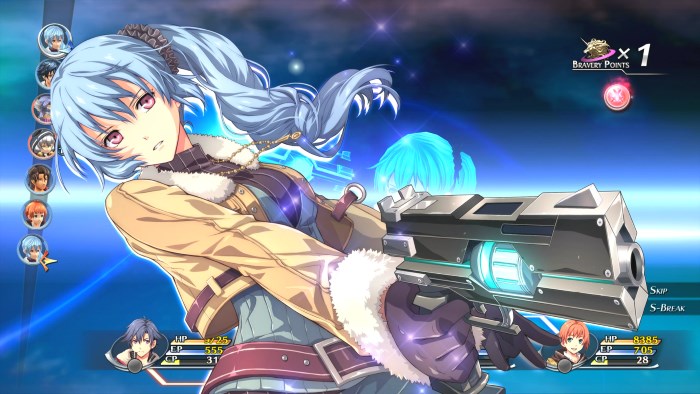 In Cold Steel II, we are revisiting Erebonia, taking on some of the cities we’ve already visited, and fighting some of the same monsters as in Cold Steel. There are, of course, a lot of new areas to explore and new monsters to fight, including big dungeons to conquer. Most of the areas are vast, and since every enemy is visible on the map, you can choose to fight every monster you want or run past them when you’ve had enough. I completed Cold Steel, and even though I had reached level 60 for my characters, I was reverted to level 40, which makes a lot of sense for game balancing purposes. I also liked how the game goes straight into the story, and the tutorials are just quick refreshers on the gameplay.


The events of Cold Steel II (I will try to stay as spoiler-free as possible) take places right after the dramatic ending of Cold Steel, as Rean has been sent to a faraway land. He’s confused, but luckily he’s with Celine (a sidekick you begin with, who knows enough background information to get you started), so we are gradually refreshing Rean’s memory, and finding every character you traveled with during your time with Cold Steel. This being a sequel, there will also be new characters that join the crew. 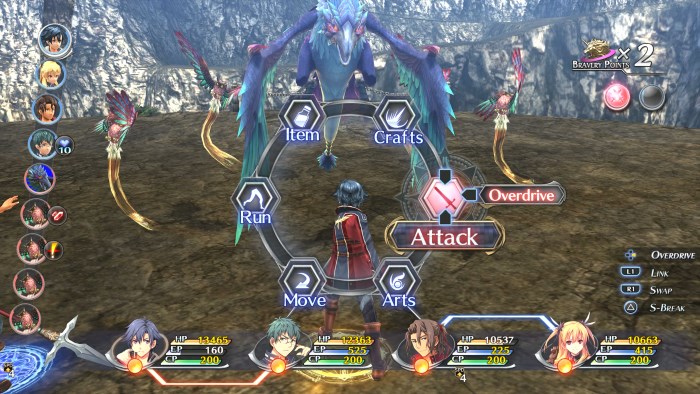 Now on to the battle system. I love the game’s battle system as it is very rewarding and very similar to what we got for Cold Steel. Character select their actions, and they either act immediately or with a little delay. The turn order is shown on the left side of the screen and is similar to the CTB for Final Fantasy X – you can always see which action will have the best effect. As with the previous game, characters can be linked together, which gives access to exclusive abilities shared between the two characters, and various attack bonuses. As for new features, following the events of Cold Steel, we now have a Mech, which has fights of its own!

As for the presentation, the menu interface is identical to Cold Steel, and the soundtrack is still amazing (reusing some themes while introducing a lot of memorable new ones). The game runs at a smooth 60 frames per second. Cold Steel II is effectively nearly five years old since it’s original PlayStation 3 / Vita release in Japan, so you could argue that the character models show some age, but this doesn’t impact your enjoyment of the game. 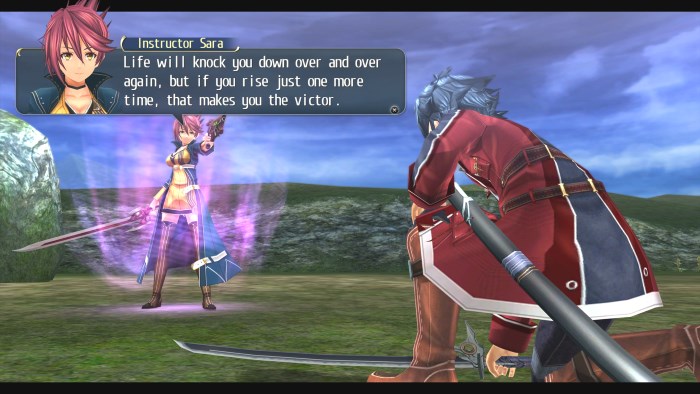 As for the new PlayStation 4 version, Cold Steel II benefits from better graphics and textures and being able to play in up to a 4K resolution when played on a PlayStation Pro console. On top of this, all the loading that was present on the original release is practically gone. We can still save the game anywhere, which is a great bonus if you can only play in shorter chunks. The game also has dual audio, so you can play the game in either English or Japanese. Turbo mode is still a thing, and pressing the R2 button will speed up the normal gameplay by 2x, and battles to 4x, which can certainly cut down your total gaming time by a few hours! One thing I noticed is that the trophy list is shared between the PS3, the PS Vita and the PS4 version, so you won’t be getting a new set of trophies if you’ve already gotten all of them before. 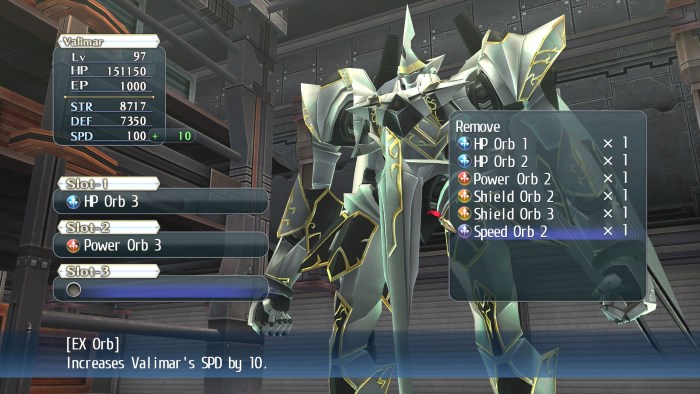 Final Thoughts
I love the Legend of Heroes series, and I’m glad to see that Nihon Falcom’s gem is getting a new chance on PlayStation 4. The gameplay is near identical to previous Trails of Cold Steel, which is a good thing. Having both games on PS4 is great since now you’ll be able to go right into Trails of Cold Steel III when it releases on PlayStation 4 later in the year. I highly recommend this game if you’re looking for a lengthy JRPG with a good story, a great battle system, and an amazing soundtrack! 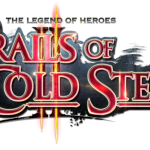 The Legend of Heroes: Trails of Cold Steel II Review

Disclaimer
This The Legend of Heroes: Trails of Cold Steel II Review review is based on a PlayStation 4 copy provided by XSEED Games.