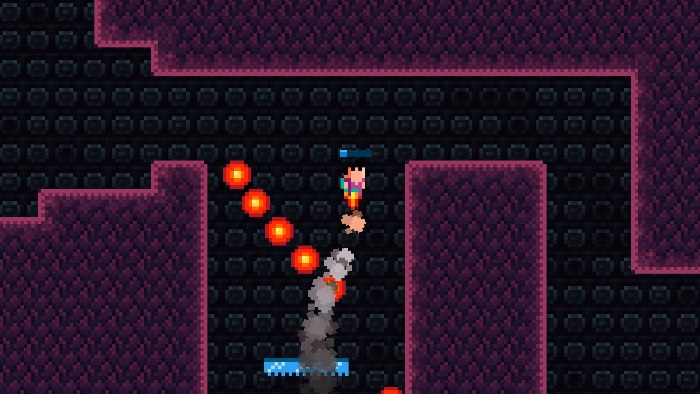 Necrosphere Deluxe is a maze-like world with zero handholding, you are dropped in and right away various notes appear in certain parts of the levels, giving you tips – but there is no tutorial. Luckily, a tutorial is not needed since all you need are two-buttons for playing. You use the trigger buttons to move backwards and forwards on a 2D plane. The controls took me a bit by surprise since I tend to prefer using the D-Pad or the left analog stick for movement, but in this case, it’s only the two trigger buttons you need, so you’ll probably get the hang of things after playing for a bit. Once you get the hang of things, the gameplay will feel very smooth. 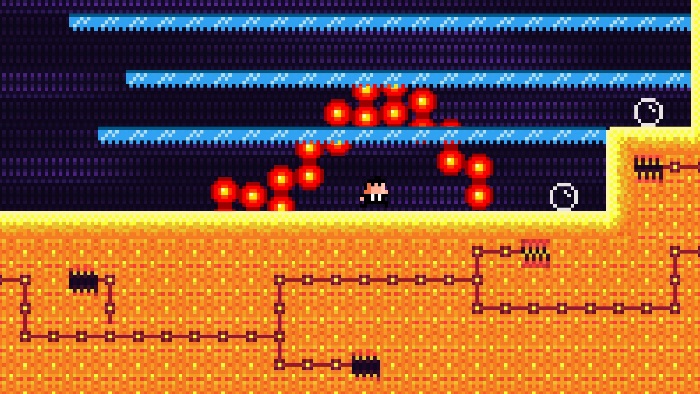 In Necrosphere, there are many traps and hazards that can instakill you, such as moving floor traps, spikes, bottomless pits, more. This on top of the way you will need to re-wire your brain a bit due to the two-button control scheme will make for a challenging but never unfair game. On the plus side, there are no game overs since you have unlimited lives, so dying is not going to be a real issue. You can, however, expect to respawn very, very often, as death is always right around the corner. There are enemies to face in this 2D action release, but you won’t feel overwhelmed by them, as they are spaced out just right, which is great since you can only move left and right. 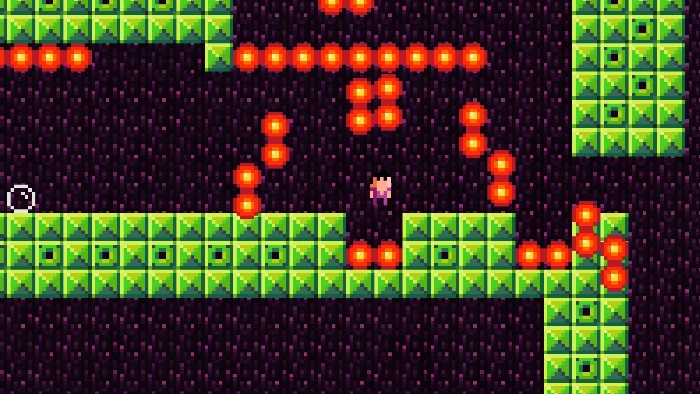 As you progress in the game, you will get abilities and upgrades. You will, for example, gain a dash ability for your character, and it is then that you will realize that using the abilities will require some solid timing on your own. The two-button control scheme remains, so you will end up activating some of these abilities, as is the case for the dash one, by pressing the button that corresponds to the direction your character is not currently facing – what you could call the “wrong way.” 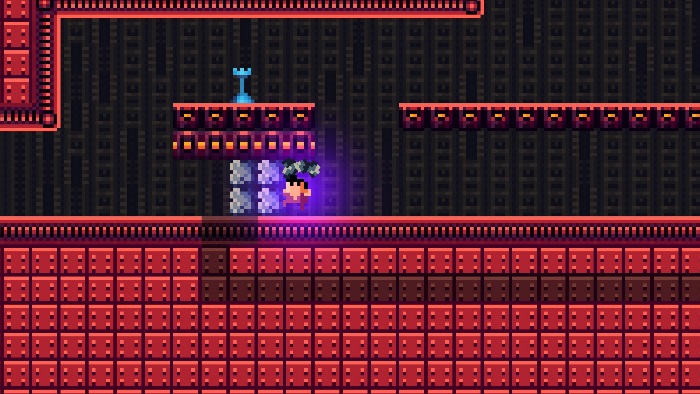 2D format and all, the game presents you with a very maze-like environment, so it’s very easy to get lost. A map would definitely have been appreciated since the game is, in essence, a Metroidvania of sorts. On the plus side, because of that you now know that if you reach a dead end or find something that is just a bit out of reach, then odds are you will find an ability or upgrade that can help you. Explore somewhere else, and you’ll eventually find exactly what you need for this short experience! 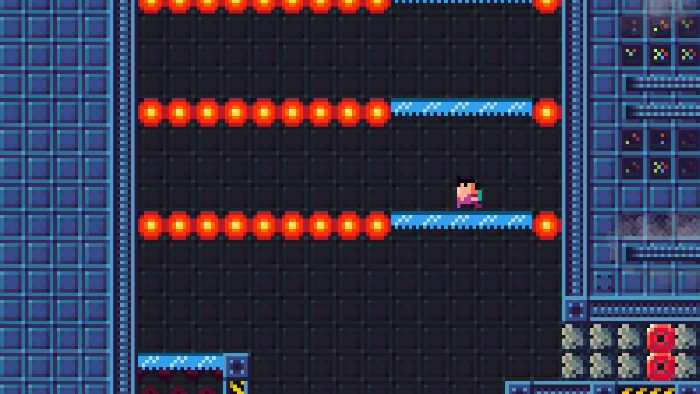 Necrosphere Deluxe is a fun game that does some things differently to provide us with a Metroidvania-ish game that feels fresh. Its two-button gameplay mechanic might rub some people the wrong way, but if you give the game a chance and manage to get used to this new control scheme, then you’re in for a treat. The game has a solid minimalist art style, a great soundtrack, and a polished 2D experience that you can complete in a handful of hours. 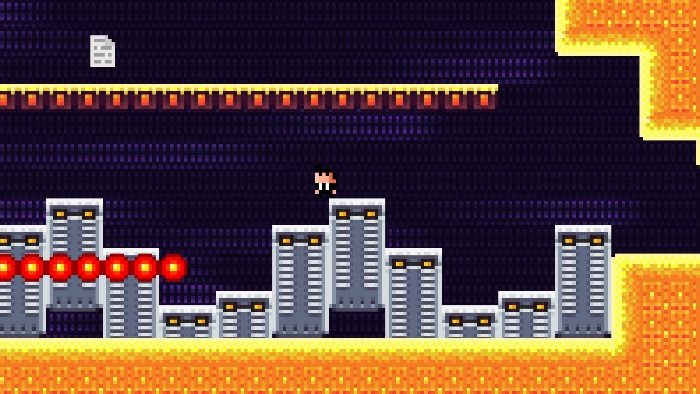 Disclaimer
This Necrosphere Deluxe review is based on a PlayStation 4 copy provided by Unties.