Be the King you were meant to be. Build a thriving Kingdom in Skyworld and protect it from demons. See what we think of this PS VR Strategy game in our Skyworld Review!

Put the power of a full army – even dragons – at your fingertips in Skyworld, the award-winning VR wargame from the creators of Arizona Sunshine.

In a place where worlds dot the sky like stars – worlds with cores of magic, old as time through very much alive – demons have spilled into the once prosperous planets driven by a lust for their magical power. Starting out with a starter army, it’s up to you to embark on a royal campaign across all Skyworlds to deliver them from darkness.

Developed from the ground up for VR, Skyworld puts you at the helm of a kingdom at war. Build your forces right in the VR world, conquer all worlds, and wage war against friends online.

• Conquer all unique Skyworlds in a story-based campaign
• Compete in 1v1 online matches in your battle arena of choice
• Command your forces in addictive real-time battles
• Use your own spells to turn the tide of battle!
• Manage and build your kingdom right in the VR world
• Research and upgrade a full roster of army units


Skyworld is brought to us from the same studio who made Arizona Sunshine, a post-apocalyptic VR shooter. Wanting to Branch out and try something different, this time around they are releasing a turn-based strategy kingdom builder. It’s about as different as you can think of from their previous project, which is not a bad thing!

With all PlayStation VR titles, I always like to talk about what you need to play the game. Along with the mandatory PlayStation VR headset you can use either the Dualshock 4 controller or the PS Move controllers for playing Skyworld. I would suggest that you use the PS Move controllers as your go-to controller option if you have them since they are great for controlling this type of game, particularly with what PS VR has to offers. 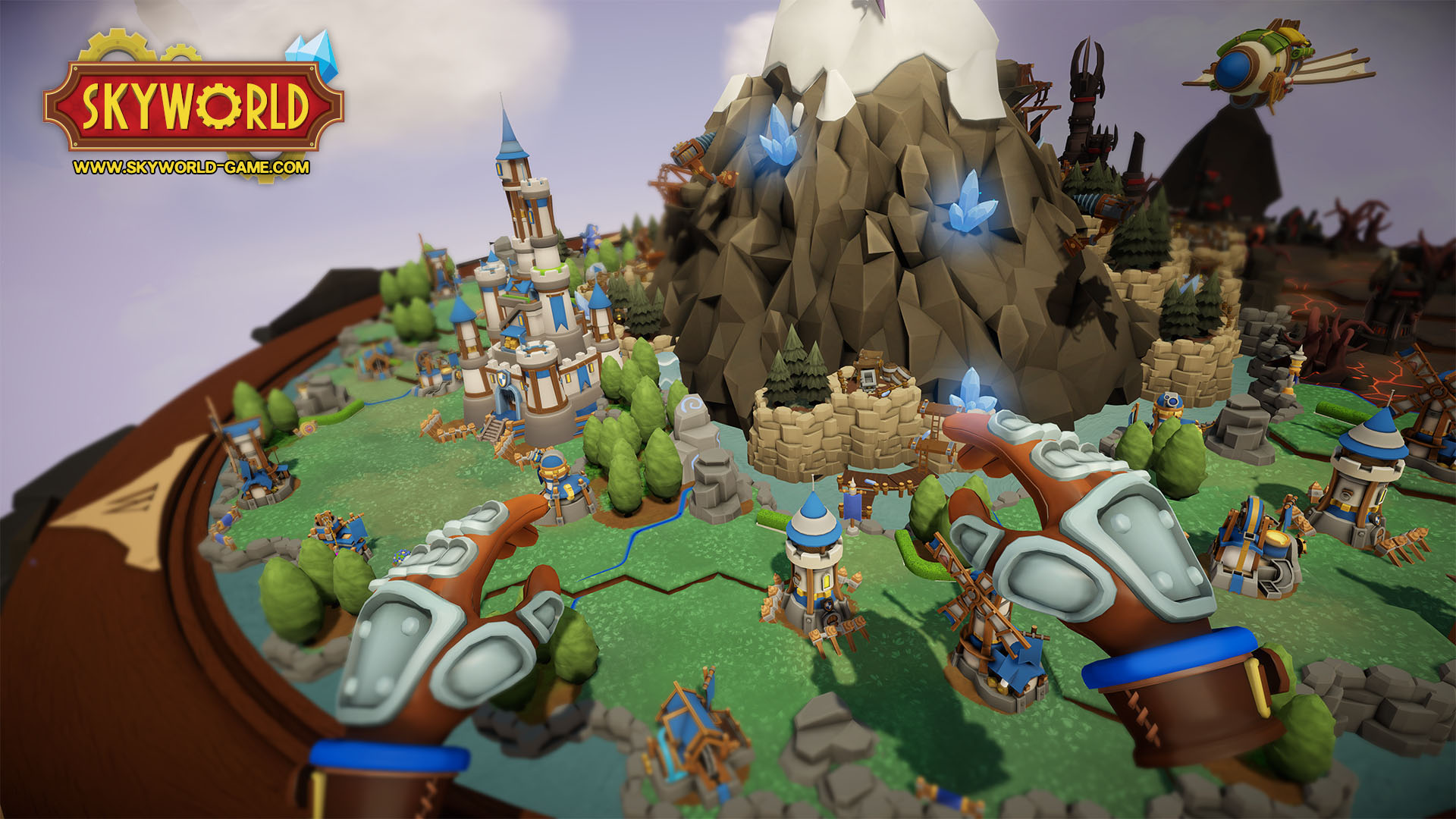 The game has a few different ways to play. You can start and complete a lengthy story campaign, just do some quick play rounds here and there or jump in and compete in online multiplayer. I would suggest starting with the campaign as it will act as a tutorial for the game getting you prepared for the online side of things. On top of that, it’s a super fun mode and worth investing the time into it.


The game takes place in Skyworld – hence the name of the game. You are it’s King and have a godlike overhead view of the world. The game takes place on a board, allowing you to rotate it to find the right view you need. As is the case for any realm that calls itself a kingdom, you need to have a working economy. This means you need buildings and businesses, resources, people to work said business and to harvest the resources to tax. It’s an interconnected system which you need to learn to balance. The game is a mix of working through menus, which are slowly introduced in the tutorial, and moving things in real-time on the board placed in front of you. 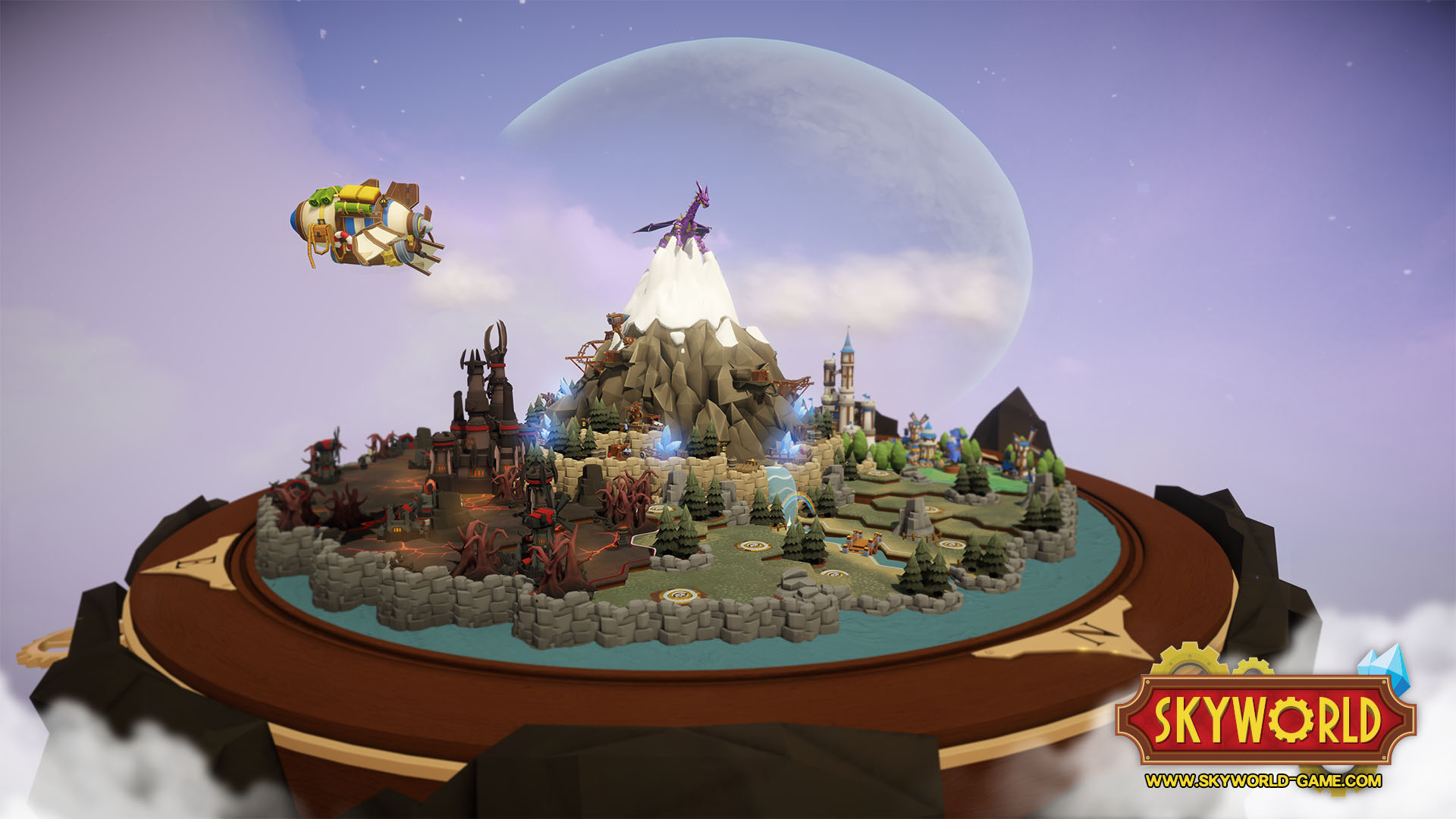 I really loved the menu system in the game, and how it’s been implemented. If the game weren’t in VR, the menus would end up getting in the way and covering your view of the world, making for a not very fun experience. Thanks to the magic of VR you can actually open multiple menus and have them floating around you in real-time. It feels like you’re creating a workspace area around you, while the world is still in front of you. Really cool menu system and a great way to allow players to multitask.

The game’s flow is what you’d expect from a turn-based release. You aren’t the only one who wants to be King of Skyworld, demons do as well. You need to defeat them. You will use your turn to make moves, in the early part it’s the production of resources and keeping people happy. The trick to keeping your workers happy is having food and lower taxes. It’s a balance you have to work on as you still need money to produce. 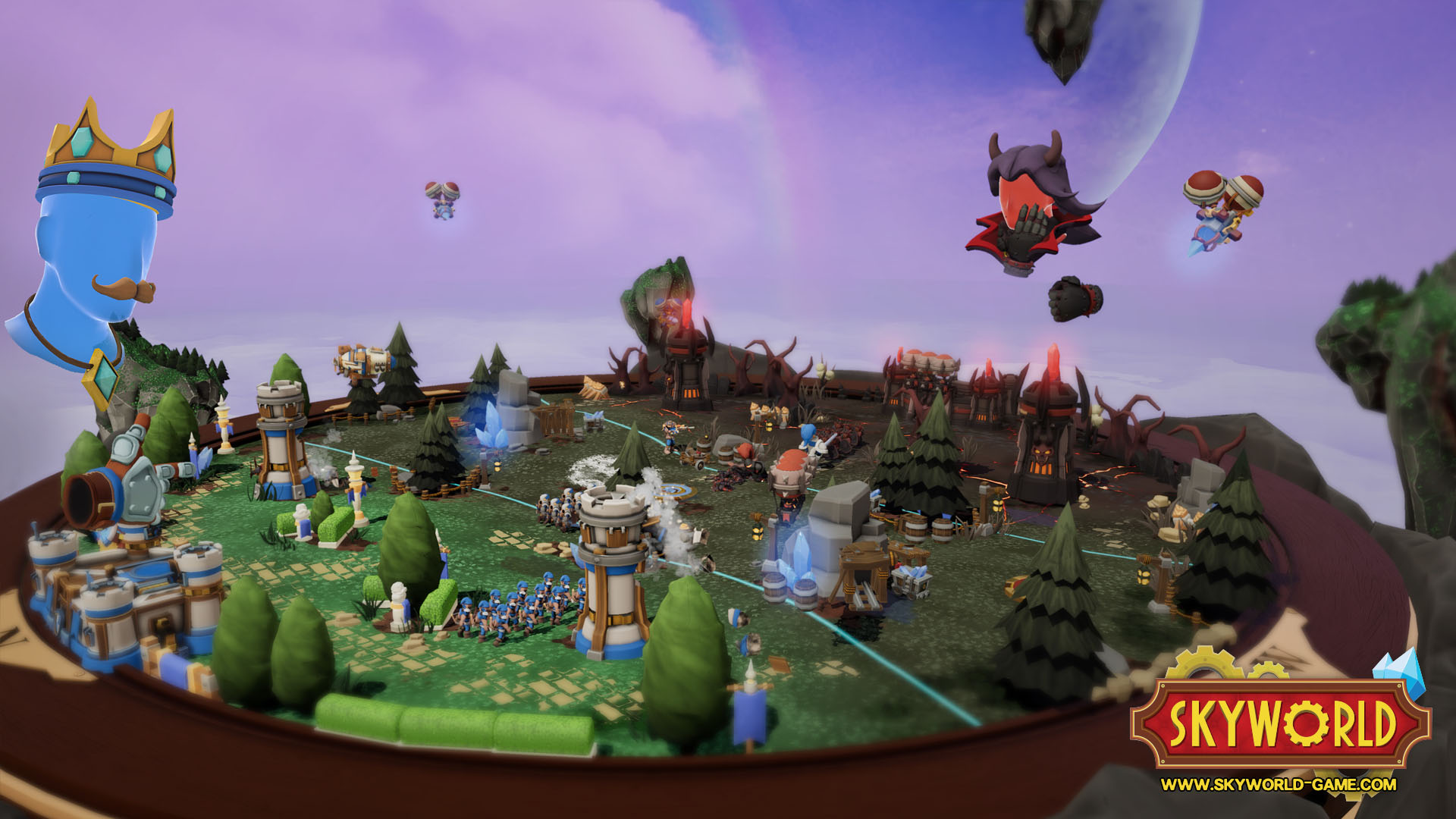 Next, you jump into the battle itself. You will enter a battle when encountering the demons or attacking there castle or yours. The game changes here as now everything is in real-time. You have your castle on one end with the enemy on the other. You get a deck of cards with a hand and you can use your cards if you have enough mana. You can choose how you want to use your cards whether placing attack units down, which will March forward towards the opponent’s castle or deal quicktime damage with spells or save your mana up for stronger cards. The best balance is typically starting with some smaller units, quick hits with spells removing enemies offense, then save your mana to get some stronger units on the field of play. It feels like a similar structure to some mobile games I’ve played.

Skyworld looks amazing, as the world is a floating disc in the sky it looks right at home. The way the universe is visually put together is awesome. Specifically with the use of the User interface in the world. I mentioned it earlier, but I will again as this is a standout.

Final Thoughts
I was amazed at what Skyworld accomplished in the genre it’s in specifically in PlayStation VR. It created a novel way for the UI to run without obscuring the world and made it fun to play. I’m hoping developers see this as a way to do RTS on a console as it works so well. This is an easy recommendation in the VR space.

Disclaimer
This Skyworld review is based on a PlayStation 4 copy provided by Vertigo Games B.V.

Super Neptunia RPG Out Next Week On PS4 And Nintendo Switch