[PlayStation 4] We. The Revolution Review 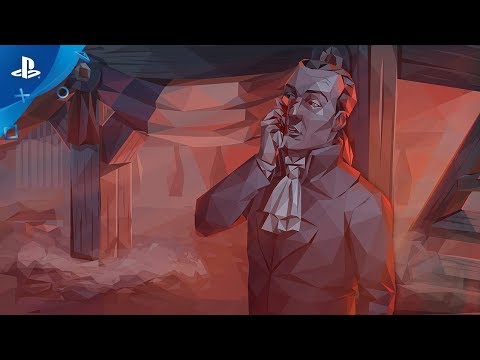 As Judge Alexis Fidele, you will be in charge of deciding the fate of the defendants placed before him. Are they guilty or innocent? If you declare they are guilty, do you send them to prison or the guillotine? How do you make the right decisions? We. The Revolution is a choice-based game, so you’ll need to pay attention to how you handle things every step of the way as you start to travel down a particular path in the story, as the decisions you make will affect the outcome of the cases that are presented to you. 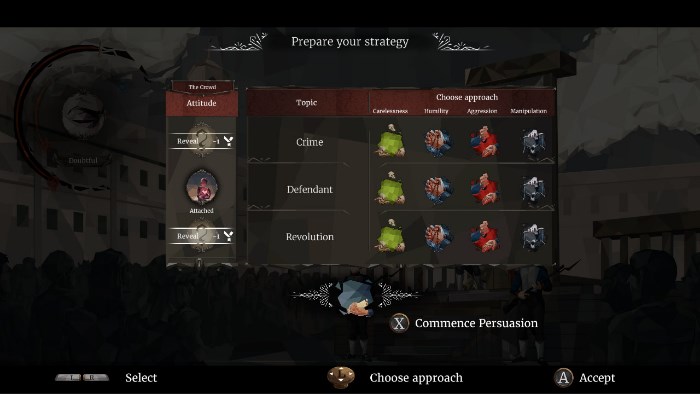 The first case in the prologue chapter will get you acquainted with the gameplay mechanics and how to distinguish whether a defendant is guilty or not. You can’t just button mash your way through this one selecting random options as you could end up sending an innocent person to their death. And then there’s the whole issue with the period during which the game is set. Do you turn a blind eye to the revolutionary criminals and convict the individuals not on your side? Do you take politics into consideration or fight for real justice? 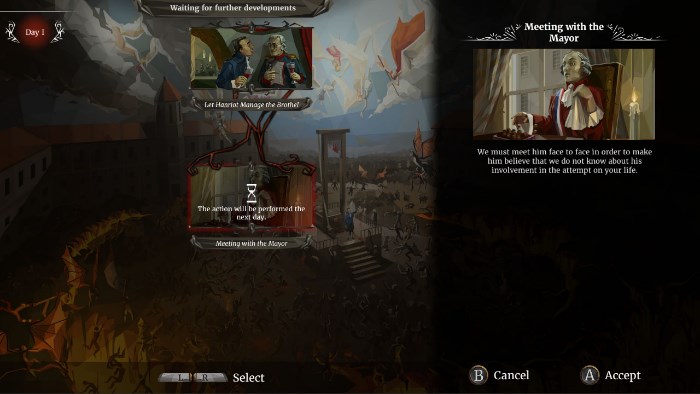 You will get to question the defendants, and during your questioning, you will get to see the bigger picture – how the crime unfolded. Depending on what path you want to go down through, you might be more benevolent and be the figure that defends true fairness and justice, or you might want to play this one as a rather ambitious Judge, aiming to gain the favor of the political factions at play, eventually sending potentially innocent defendants to the guillotine only to move up in your aspirations. 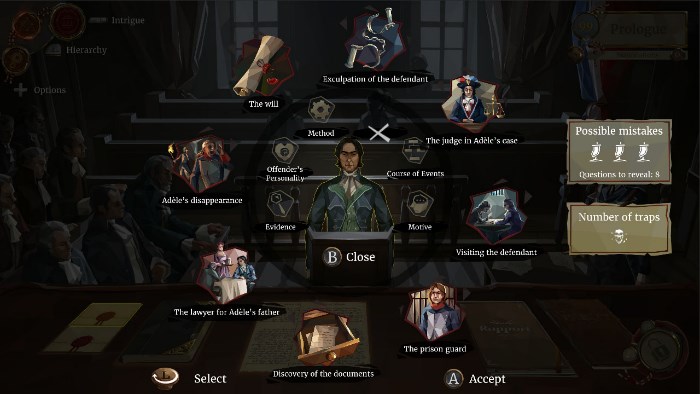 For each case, you will be reading files, and once you’ve made some deductions, you will have questions to ask. As you progress through the game, you make speeches, trying to boost your reputation, moving up in the hierarchy of society. The more you sing and dance to the tune of the political world, the more prominent you will become. This might force you to send someone to the guillotine for stealing a loaf of bread or letting someone go who you know is guilty, only because of political favor. 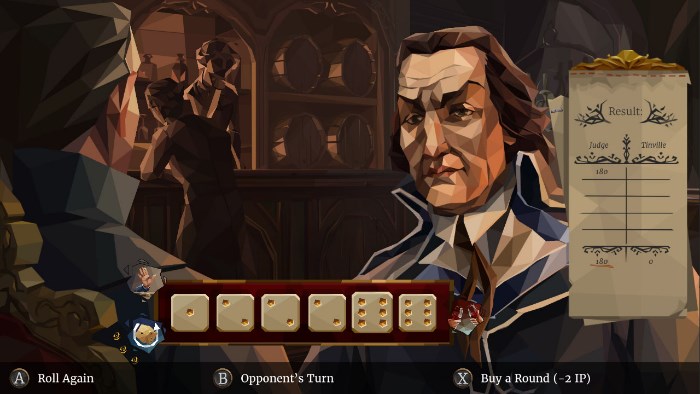 For example, if the case notes specify something about a chipped tooth, then you need to match that up with a broken tooth in relation to the crime. Make a mistake, and the pool of questions you have becomes limited, and you’ll be stuck. Matching the right descriptions with the proper line of questioning is a must, especially if you want to lead things down a particular path so that everything works in your favor. Justice? What Justice? Your benefit is the most important thing, right? 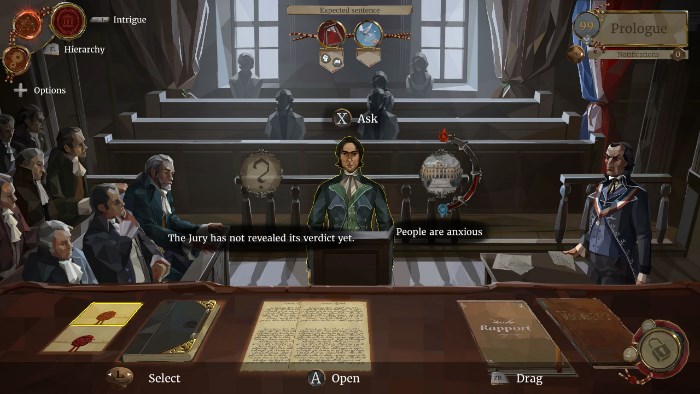 The decisions you make will have an impact on three main factions: the commoners, the political side of the revolution, and the rich aristocracy. You can’t allow your reputation to drop below a certain level, since doing you will have you risk having a bounty on your head. While at first, you can select between deciding someone is innocent, saying they’re guilty and sending them to prison, or deciding they’re guilty enough for the death penalty. Later on, prison will not be an option, making it harder for you to balance having a fair judicial system and doing things that will benefit your aspirations. 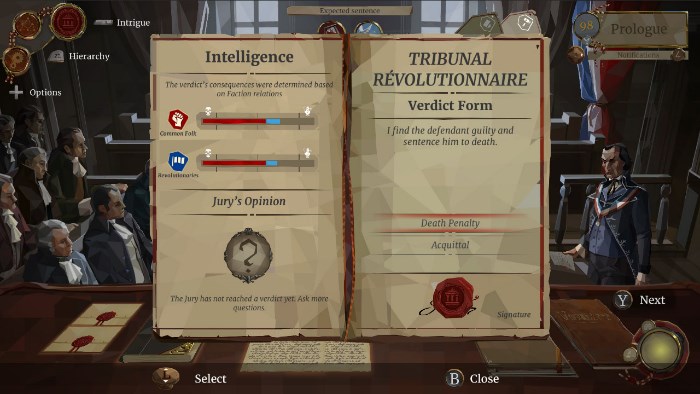 I enjoyed playing We. The Revolution quite a lot, as it’s the type of game that played a lot on my emotions, and my heart certainly did cartwheels as I sometimes had to decide to send people to their deaths – quite likely for nothing of their own fault. The developers have created a fantastic game, with cases that will make you question your moral compass, all set in a particular time period full of turmoil. We. The Revolution is out tomorrow for $19.99, and it’s worth every penny, offering great replay value, fun gameplay mechanics and intriguing cases.

Disclaimer
This We. The Revolution review is based on a PlayStation 4 copy provided by Klabater.

Judgment Out Today On PlayStation 4