Think back to the last century, to movies in which AI is showcased in relation to space travel. Films like Alien, 2001, and so on did not predict a happy future! They usually showed the AI as a malevolent being out to kill the humans desperate to survive its clutches. What we usually do not see, however, is the story from their perspective. Don’t Code hopes to remedy this with their new game Observation. Interested so far? Find out more in our Observation review!


Observation is a sci-fi thriller uncovering what happened to Dr. Emma Fisher, and the crew of her mission, through the lens of the station’s artificial intelligence S.A.M.

In Observation, you are playing as the space station System’s Administration and Maintenance AI – AKA Sam. Sam can be almost everywhere and anywhere at any given time, seeing everything through the ship’s cameras. Sam is effectively the station’s Master, and it has access to everything, including the ship’s life support, which makes Sam the perfect candidate to become the villain in a space thriller. 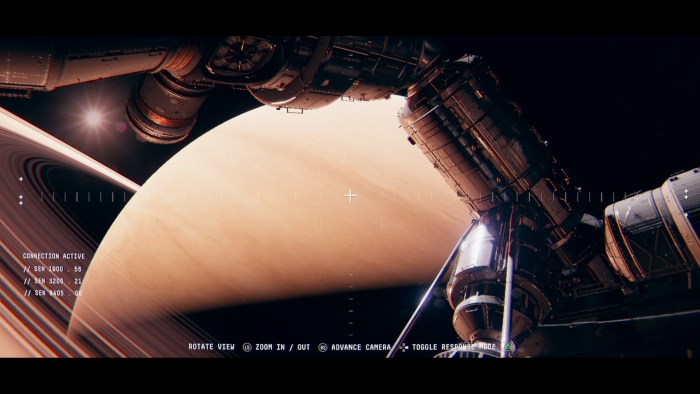 Whilst this is all well and good, it does mean that when things do eventually go wrong, it will most likely be your fault, and sure enough, that is how the game begins! A massive disaster occurs with all but one of your crew members missing. A number of your systems are down, and no real explanation of what happened is given. The issue, it seems, is that you have somehow done something majorly catastrophic and only you, and the last surviving human, can fix it all. The rest of the game has you trying to piece together what happened along with Dr. Emma Fisher, the last human on the station. 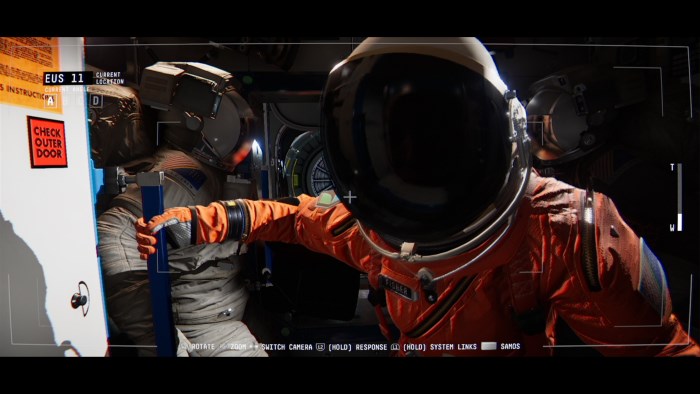 The first thing you will notice is the presentation of the game. It is absolutely beautiful, giving us a universe very much set in a1980s style retro-futurism thing. Then there’s the CRT look, the interference that affects your screen as you look around the station. The design of the space station is believable and can easily be mistaken for the interior of a real international space station, with corridors that are both narrow and claustrophobic. The feel of weightlessness on the crew and the random objects floating around will certainly help to immerse you in this experience.


It is a pity that the gameplay does not match the atmosphere. Turns out that Observation is a cleverly disguised hidden object game with some puzzles thrown. Most of the time, you are asked by Dr. Fisher to find or activate a piece of technology somewhere, but there are no markers to identify the thing you are looking for. Yes, a hidden object game highlighting what you are looking for defeats the purpose, but it would help if the game made an effort to make it clear what it is you are looking for. Luckily, pressing the R3 button at almost any given time reminds you of your current objective. It is also possible to have Emma repeat her last order. Somehow, this is not enough to temper frustration from rising. The story is excellent, as is the overall presentation, so it’s a pity that the gameplay does not match the quality of both elements. 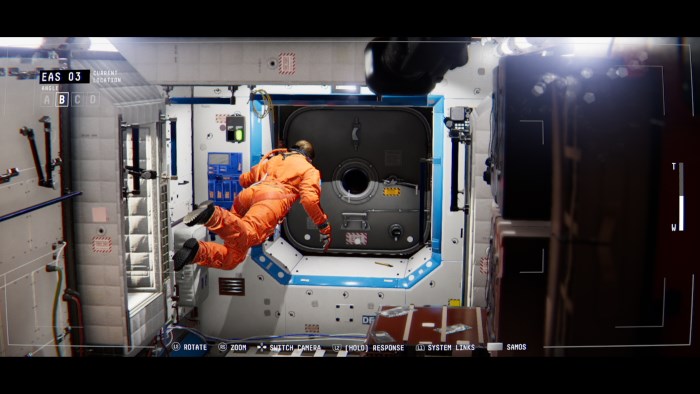 When playing this game, turning up the sensitivity of your controller is all but required if any enjoyment is to be had. The gameplay is not entirely disastrous since you are not exclusively confined to the cameras as some parts do have you moving beyond them, but even those parts don’t do much to increase the level of enjoyment. The only thing that will keep you going is the story, but that can only take you so far. 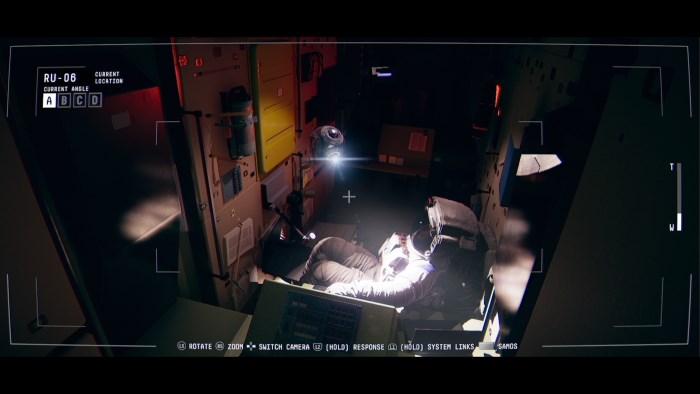 In summary, Observation is a beautifully presented game with an intriguing story to go along with it, and it is just a shame that the gameplay, arguably the most important part of a game, is just lacking. 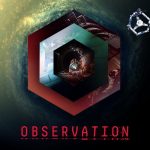 Disclaimer
This Observation review is based on a PlayStation 4 copy provided by Devolver Digital.