Judgment is the latest game from Yakuza team Ryu Ga Gotoku Studio and Sega. Is it as good or better than the Yakuza series? Find out in our Judgment review! 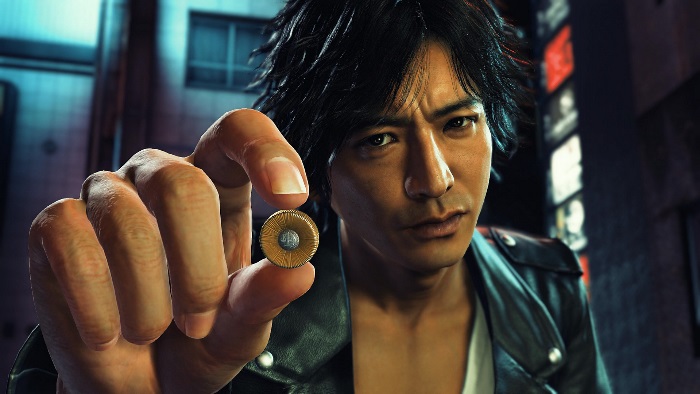 What if the Yakuza and the Ace Attorney series were sitting in a tree, K-i-s-s-i-n-g? Well, if that happened, they hit it off and decided to form a family, then Judgment would be the kid they’d have. In Judgment, you play as Takayuki Yagami, a lawyer that has ended up becoming a private investigator after a case that has gone terribly wrong. It turns out that Yagami defended someone in a criminal case, proving his innocence and setting him free… only for him to murder someone, burning down the place. 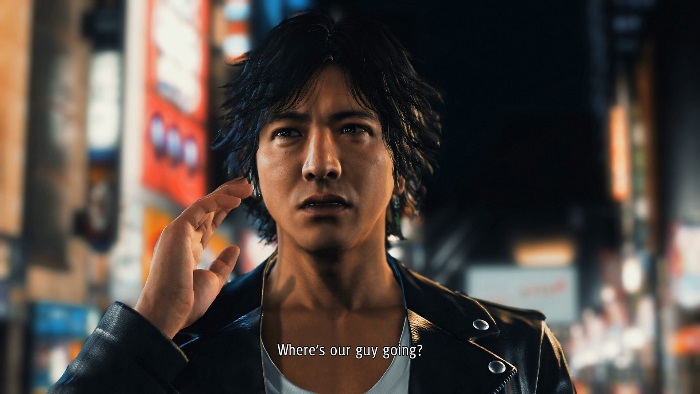 Before you get started, you’ll be able to select between the four available difficulty options. For Simple, pressing the Square button when in battle will allow you to automatically perform complex moves. When playing in Easy, you will be able to enjoy the story while you face battles that are not as challenging. In Normal, you can expect a standard difficulty and is the setting you might want to use if you’ve previously played any of the Yakuza games. The last one is Hard, which requires you to have a certain level of skill so that you can survive battles with enemies that pack a punch.

It’s been three years since that moment, and we see Takayuki Yagami at work, disguised as a homeless person in Kamurocho, Tokyo. All seems to be going well until a bunch of idiots end up pushing Yagami out of the way, which means he has to teach them a lesson. He has to, what with the way they’re behaving like idiots who think they’re a bigger deal than they really are.

This fight against a group of five street thugs is going to be the tutorial battle you take on to learn the basics. You will learn about the attack combos you can unleash with the Square and Triangle buttons, or how you can block attacks with the L1 button so that you can then counter attack. Since you’re facing a group, holding down the R1 button will allow you to lock on to an opponent so that you can circle around it as needed, or to evade their attacks by pressing the X button. You can also grab opponents, or grab items in the area, to gain the upper hand. 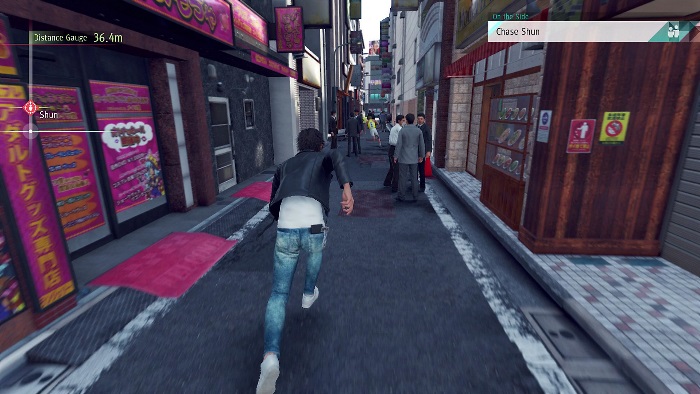 As you attack your opponents, you will charge up your EX gauge, located at the top-left corner. Once you have at least one full segment, you will get to unleash an EX Action by pressing the Triangle button when a prompt shows up on the screen. This can happen when you’ve managed to attack and knock down an enemy when you’ve grabbed someone, when you have a weapon in your hand, or when you’re near a wall. An EX Action will be a powerful attack, so you’ll be able to quickly defeat opponents or turn the tide of battle.

You’ll have access to two fighting styles so that you can switch between them depending on the nature of the fight you’re facing – fighting against one opponent or against a group so that you can be on high alert. The Crane combat style is the one you should use when battling against large groups, while the Tiger combat style is more effective when you enter a battle against a single opponent. To switch between both combat options, you should press the down twice on the D-Pad. 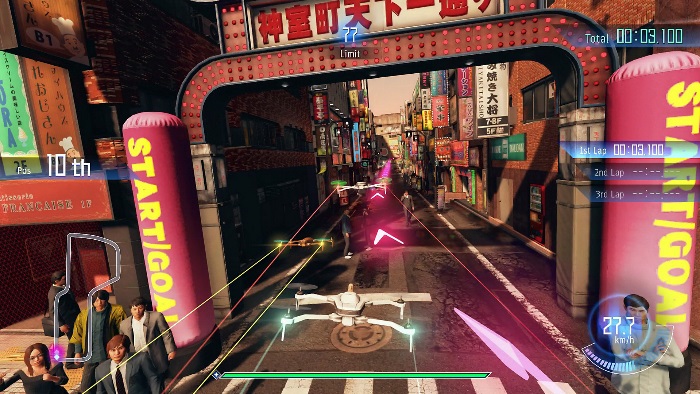 Along with battles, you will also do some private eye work. When in Tailing Search Mode, you will need to locate the target you’re tracking down based on the characteristics you have – a distinct piece of clothing, the shape of its face, if it has any birthmarks that can help you, etc. Once you find someone that looks rather suspicious, you can go in for a closer look by pressing the R2 button. After doing this, you can press the X button to examine and see if you’ve found the person you are looking for, and it is then that the tailing can begin!

You need to be careful when you’re tailing a target since you need to act as casual as possible. If you cause a commotion and attract some unwanted attention, a Caution bar at the top of the screen will start to fill up. You should immediately try to take cover so that you can go unnoticed, and if this is not an option, you can also try to put some extra distance between you and your target. While doing this, you still need to keep an eye on your target, because if you lose sight of it a timer will start a countdown, and if you can’t find it before time runs out, you will fail. 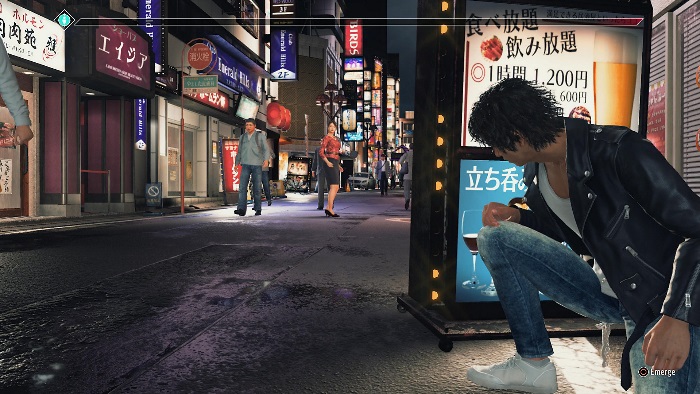 There will also be times when you’ll need to investigate a crime scene, and it is here that active search mode will activate. During these, you will need to review facts and find evidence that can support your theory. From a first-person view, you will get to move the cursor over suspicious spots and people, so that you can then press and hold the R2 button to zoom in and examine with the X button. You will need to examine a lot of things to complete the list of objectives for each scene, shown at the upper-right corner of the screen. Oh, and sometimes you will

You will also run into some chase scenes – pun intended – during which you’ll need to catch up to and bring down your target. They are not going to make this easy on you, so you’ll need to pay attention to things as you run as there are going to be some quick time events (QTE), as well as obstacles and people along the way. Miss the QTE, and you will start to be left behind. Bump into people, and your target will start to put some considerable distance between the two of you. If you’re not careful, you will fail the sequence and get a game over. 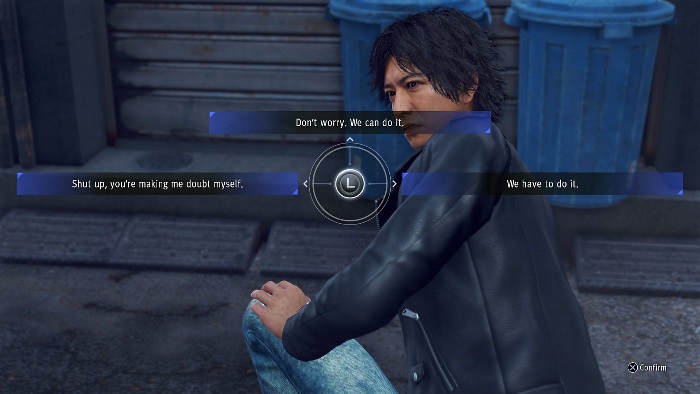 Conversations are also part of the Judgment experience, and if you pay attention and act smartly, you will be rewarded. You need to listen to the conversation so that you can steer things down to the best possible response. Selecting the best choices will reward you with bonus SP, as you obtain the information you require in the most efficient and quick way possible. If you’re sloppy, you won’t get a reward and will end up stretching out the sequence. The game will let you know how many bonuses you can get for each conversation based on the number of starts displayed in the upper right corner of the screen.

You will have a Case File app on your phone that will be automatically updated with all the information and facts you collect. If at any point you feel like you need a push in the right direction, you should make sure you check the Case File app to see if you’re missing something. There will also be side cases, well, on the side, which won’t move the story along but will provide you with some extra objectives to complete and new stuff to investigate. As you find new information or take on new side cases, the Case File app will automatically update as needed.

As you complete missions and defeat opponents in battle, you will gain SP, which you can spend to boost your stats. You can use SP to gain extra health, increase your attack power, and even to obtain new skills. You can’t just unlock every single skill this way, as some will end up having an extra requirement for you to meet. Skills are split into Ability, which includes boosts to your health, attack, speed, and more, Battle, which allow you to gain new skills for fights, and Special, which has a list of interesting things such as learning to appreciate music so that you can recover some of your health when listening to a record, or having a detective’s hunch when your investigation icon hovers over a hidden area when in search mode. 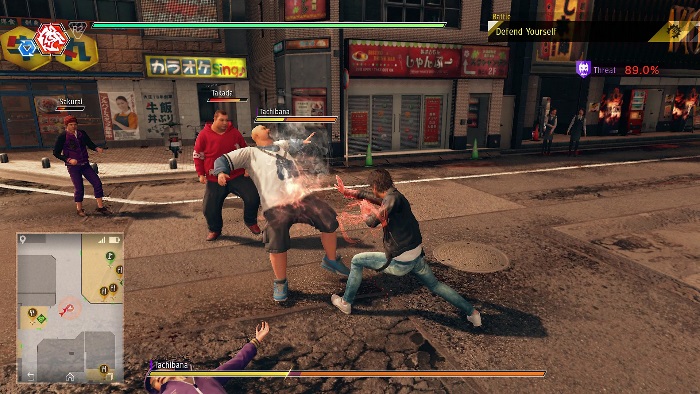 As for the trophies for Judgment, as you’d come to expect from a retail release, this one has a full trophy list with a Platinum trophy to aim for. The objectives range from the obvious “progress through the game and complete each chapter as you aim to complete the whole story”, as well as miscellaneous things such as making a ton of friends, obtaining all of the skills, completing all city missions, all shop missions, controlling the drone for over an hour, obtaining all drone parts, and more.


Unlike the releases in the Yakuza franchise, a series we enjoy playing (as you can tell from our reviews for Yakuza Kiwami, sequel Yakuza Kiwami 2, the last PS3 entry Yakuza Kiwami 5, and Yakuza Kiwami 6 on PlayStation 4), Judgment features a dual audio track, so you can select to play the game either with the original Japanese voice acting, or dive into the English audio track, which is certainly a good quality option. 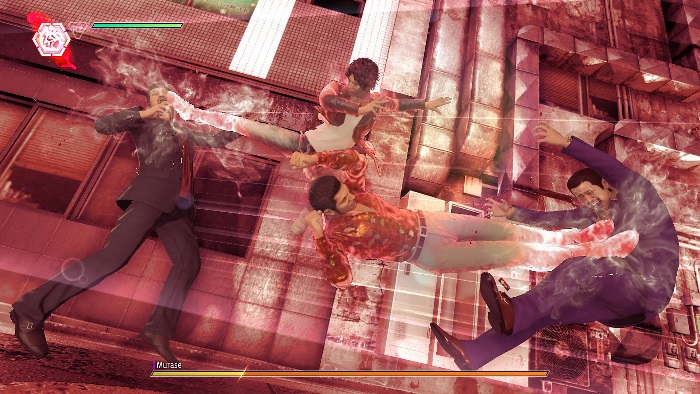 Judgment is a great new release from Ryu Ga Gotoku Studio and Sega that applies the vast experience of the development team from all of their work on the Yakuza series to give us a new game that feels very fresh as it brings together the setting, gameplay style and feel of the studio’s previous games, while adding new gameplay mechanics that help it stand on its own as a must-have game on PlayStation 4. I really liked what Judgment did, and I would definitely be up for playing a sequel!

Disclaimer
This Judgment review is based on a PlayStation 4 copy provided by Sega.

Duke Of Defense Out Today