Your adventure beings as you witness a young member of the Knights of Requiem being chased by a deadly dragon. The knight is not giving up, but he is aware that there is no way he can beat the dragon. As the monster moves in for the killing blow, he hears the voice of a woman who, it turns out, ends up saving him. She is a witch, and it seems that Laponette, another witch, has been captured by the knights, and the reason why she saved you is so that you can tell her where she is being held captive. The knight is now a prisoner! 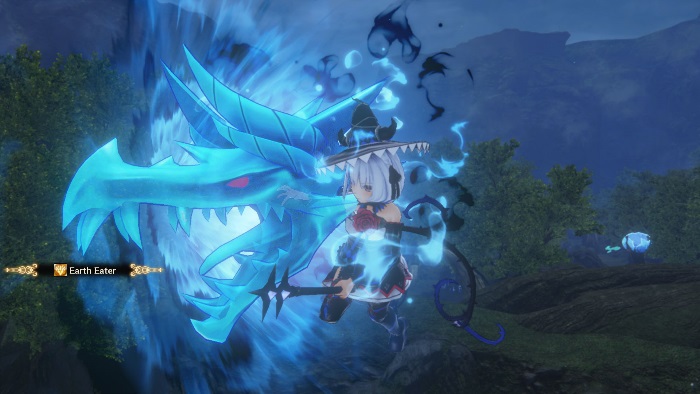 The first battle in the game gets going right away, and you’re given a short tutorial on how the turn-based fights take place. You will be battling in mid-air, and the battlefield will be split between the Top, Middle, and Low levels. You can move between them with the left analog stick when you’re selecting a command, so you’ll move to the corresponding level based on your actions. If you’re aiming at dealing physical damage, then your enemy must be on the same level as your attack, and you can do up to three regular physical attacks in a row without spending your SP. On the other hand, magical skills can be used to target enemies at different levels, which is helpful when you have enemies spread on all three levels during a fight.


And now, let’s talk about Devour. This is a special skill that allows you to consume your enemy’s abilities by way of their Dragon Core, while also recovering some of your HP and SP. Devouring new enemies is a must if you want to stay on top of things, so you should always plan accordingly. The lower an enemy’s hit points count is, the higher the success rate of the Devour skill. And if the Devour skill is strong enough to deal the killing strike on an enemy, then the skill will be successful. You can also aim at increasing an enemy’s fear level by striking its weakness, since the higher the fear level, the better the odds of Devour working. 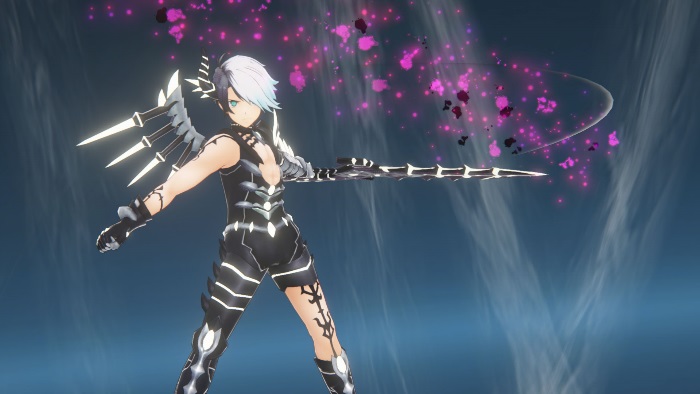 Later on, you’ll be able to build up your Dragon Gauge as you battle enemies. Once this is full, you can use your maxed out power to transform and harness the mighty power of the dragons, which will considerably boost your defense while also unlocking new abilities that can turn the tide of battle when used at the right time. You will get to deal considerable elemental damage while in this heightened state, so be sure to pay attention to your enemies weaknesses so that you can completely destroy them!

Beating a boss will grant a Dragon Core to all characters so that you can use it to boost your party members. You see, Dragon Cores can be used to unlock skills, bonuses, or even passive abilities from the corresponding skill trees, which allow your party members to be better prepared for the challenges they will face. But before you can claim those extra Dragon Cores, you will need to plan the fight and pay attention to at what level each of your party members should attack from, since bosses usually take a lot of space and will be present in more than a single level. 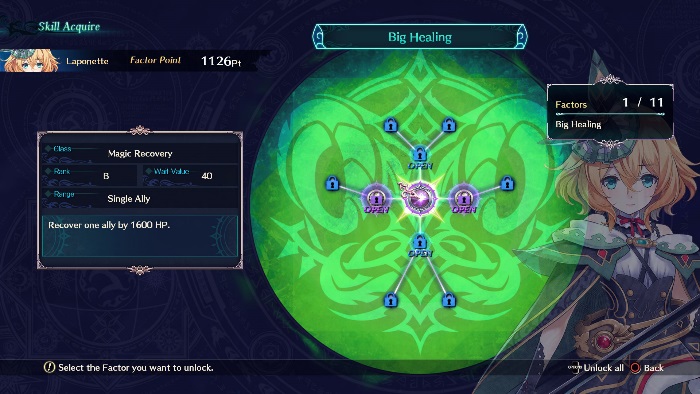 After the battle is over, the witches realize that Zephy, the knight, is injured and in the brink of death. After using a healing spell to try and help him recover, which doesn’t work, the witches decide to feed him dragon blood to keep him from going through Death’s doorway. This is something that works for witches but is an unproven option for humans. The dragon blood gives witches magical powers and helps them recover, so it’s worth a shot, right? Minessa, one of the witches, decides that the fastest way to have Zephy drink the blood is by putting it in her mouth, and presenting it to the knight with a kiss. It turns out the blood does its thing, but it has a weird side-effect: Zephy now has the mark of a witch on his chest! As you can imagine, this changes his perspective on life.


You’ll then get your first taste of the dungeons you will explore in the game. You can destroy some things to try and find items to help you, and there are treasure chests for you to loot as well. Enemies will be roaming around each area you visit, and you need to pay attention to them since they will try to ambush you by attacking you from behind, which will put you at a disadvantage at the start of a battle. The good news is that you can also try and strike at them on the field so that you can get a first strike bonus when the fight commences. 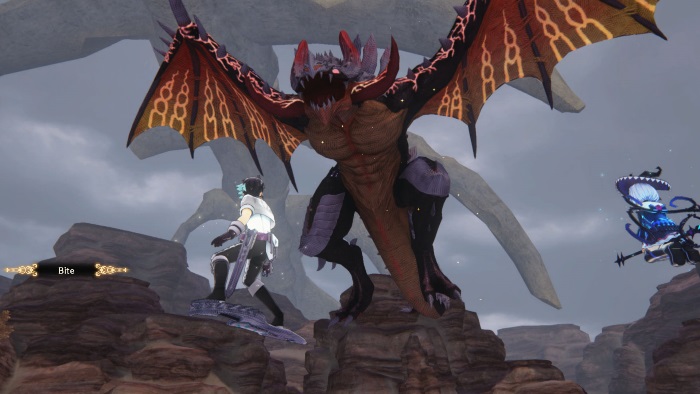 There is an interesting gameplay mechanic that you need to take into consideration as you play Dragon Star Varnir. The witches will require you to bring them dragon’s blood so that they can be fed. If you don’t feed them properly, they will end up going mad. But if you feed them a bit too much, then the dragon inside of them will hatch and will break free! If a witch ends up being sacrificed this way, then you’ll end up getting some rare items that will help you on your quest, but that character will be gone for good, which will have an impact on the type of ending you get.

Speaking of that, the game also has a romance side to it, since you can raise the affection level of the witches, which will reflect how much they really like Zephy. By visiting each of the witches, you’ll be able to present gifts to them, which will increase their affections. As expected, each witch has different tastes, so you’ll need to find which items will provide the biggest affection boost. While you can find gifts as you explore the dungeons, the best gifts to use are the ones you can buy from stores, some of which are going to require a ton of coins! There are particular gifts they will accept, gifts that they like, and gifts that they really like, so be sure to pay attention to their reactions! 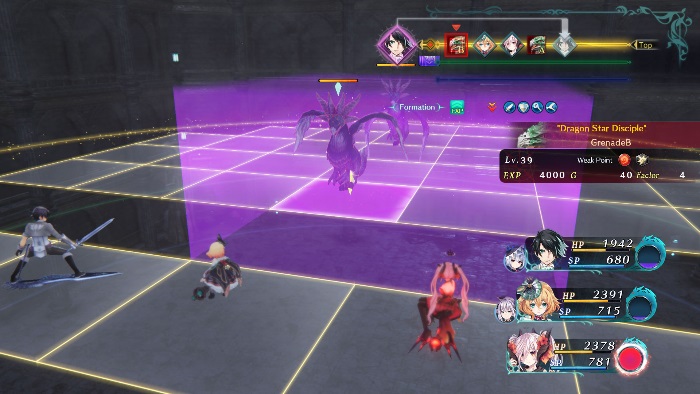 Another gameplay mechanic I’d like to mention is crafting. To be able to do this, you’ll need to obtain new elixir recipes that can be found in treasure chests or obtained from quests. Having a recipe is only part of the equation since you’ll also need to have the required materials. You can also add a catalyst to change the type of item you’re going to get… except you don’t get an item from crafting. What you get is an elixir, and drinking the elixir summons a dragon to battle. Defeat the dragon, and you’ll be rewarded with a new item. 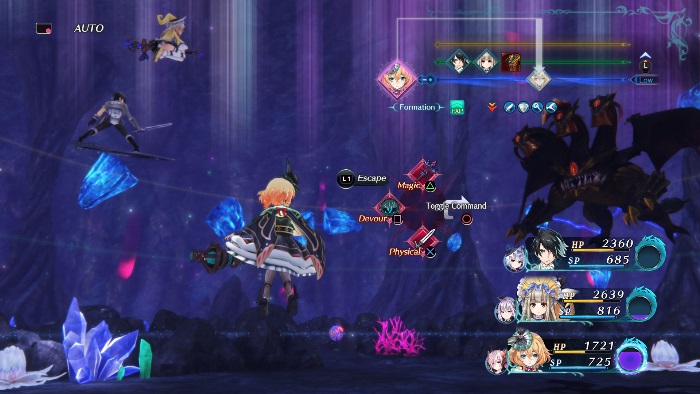 Dragon Star Varnir is a fun turn-based RPG with an interesting storyline and different gameplay mechanics that come together to offer us an adventure that will take dozens of hours to 100%. The game’s Platinum trophy is going to require some extra time on top of that due to the different endings you’ll need to obtain to get some of the trophies, while the rest are for completing each of the chapters, beating the game in Hard, getting your affection to the top with each of the girls, and grinding a ton of experience to get a character’s level up to 99. If you’re looking for an RPG that offers a lot of bang for your buck, then Dragon Star Varnir is a solid option. 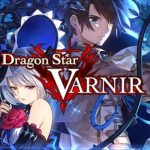 Disclaimer
This Dragon Star Varnir review is based on a PlayStation 4 code provided by Idea Factory International.

We. The Revolution Out On PS4 And Nintendo Switch