Back in 1995 is the latest PS4 and PS Vita release from Ratalaika Games and Throw the Warped Code Out, and this time we’re getting an old-school style survival horror game. Learn more in our Back In 1995 review!


A throwback to the survival horror and mystery games of the mid-90’s 32-bit generation, Back in 1995 faithfully re-creates everything from this all-but-forgotten era of games.

Be transported to a world both concrete and indistinct, where you must uncover the mystery surrounding the disappearance of your daughter, the catastrophe that shook the city, and why you’ve decided to finally return.

This is a double review for Back in 1995. Ajescent and EdEN played the game, and this review presents what they both had to say.

Back in 1996, the PlayStation had been around worldwide for just over a year, and the Net Yaroze offshoot was just being released. For those not in the know of what a Net Yaroze was, it was a black PlayStation console that was more like Developer’s kit that was released to allow budding home brewers to get into amateur developing – some of those creations were even given out as part of demo discs in some parts of the world! While some of the games on there were superb, a lot of them were forgettable. For some reason, playing Back in 1995 reminded me of those discs because a part of me wonders if this game doesn’t belong with them.

What is Back in 1995? Well, in summary, it feels a lot like developer Throw the Warped Code played the original Silent Hill game on the first PlayStation and was so inspired by it, that they bought a Net Yaroze and tried to remake the game for a new generation, warts and all. Sadly, the developer ended up focusing more on the warts than on any other aspect of that old-school game. 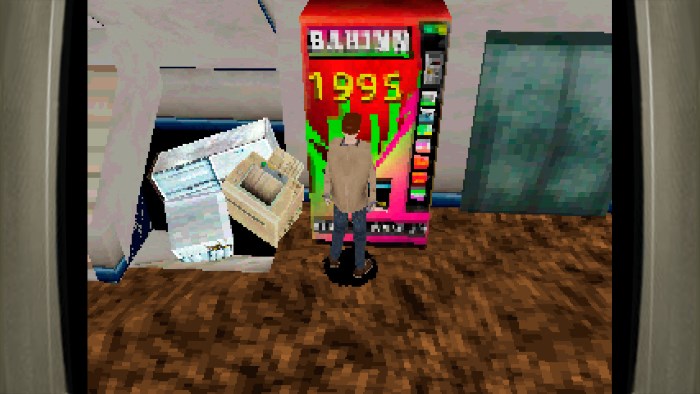 I mention Silent Hill because the plot is basically the same. You play as a man who is looking for his missing daughter in a strange town where not everything is as it seems. You even have the same fixed camera angle you find in games from the eras, and developer Takaaki Ichijo even added CRT effect to take the nostalgia feel that extra step forward. Luckily there is an option to remove it if you find it a bit annoying. And just like the fog in Silent Hill, the CRT effect hides the true ugliness of the game’s visuals. With the CRT filter on, you can get some semblance of enjoyment since the game will not look as dated as it actually does.

The tank controls of the 1990s were done away with many years ago, and with good reason as they were awful and frustrating. The developer, wanting to stick to that authentic feel, made sure to capture the exact feel of the movement controls down to a tee. While this is admirable for a nostalgia trip, better renditions of tank controls have been created ever since, and the desire for authenticity is also the game’s downfall. The tank controls are very frustrating when you are pitted against the monsters and since assisted aiming – or any aiming for that matter – is generally out of the question, combat is unnecessarily frustrating.

Games from 1995 were never this frustrating in terms of their combat. Silent Hill and the likes that inspire this game were infinitely smoother and less unruly than the system used here. When it is considered suicide to use a gun instead of a wrench against an enemy simply because lining up a shot takes more effort and patience than it needs to, it is then that you know something is wrong. 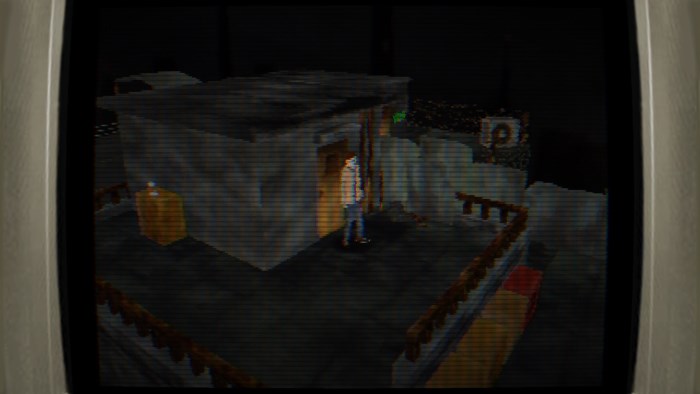 Some sound design options are set in place to pay homage to the old-school games that served as inspiration, but other sounds and music selections are rather poor. The voice acting is hit or miss (which can be argued is also in keeping with the times), but the most annoying part for me was the sound effect for the footsteps of the main character. It was painful, to say the least, as I had to listen to that wet sounding awkwardness.

Ah, Back in 1995. Your heart was in the right place, but the execution leaves a lot to be desired. While Ajescent was reminded of Silent Hill, my mind immediately went to the beloved Resident Evil series which, other than a couple of games that are not considered of the same caliber as the rest, has been entertaining gamers for decades. I do agree that the plot feels a lot similar to the one for Silent Hill, but if we’re talking tank controls, fixed camera angles, and clunky combat, I do feel that the original Resident Evil is a better comparison.

As for the game’s controls, you’ll move your character around with the left analog stick or the D-Pad. You can rotate your character by pressing left or right and can move forward by pressing up – pressing down will make him walk backwards. The X button is for interacting with things, while the Square button can be used to use your equipped weapon to attack – once you find the gun you will need to aim with the R button on the PlayStation Vita before you can shoot with the Square button. The Triangle button opens your inventory, and it is here you can check your items, weapon, the log of messages, and change the game’s overall volume, language, and turn off the CRT effect if you’re not feeling it. 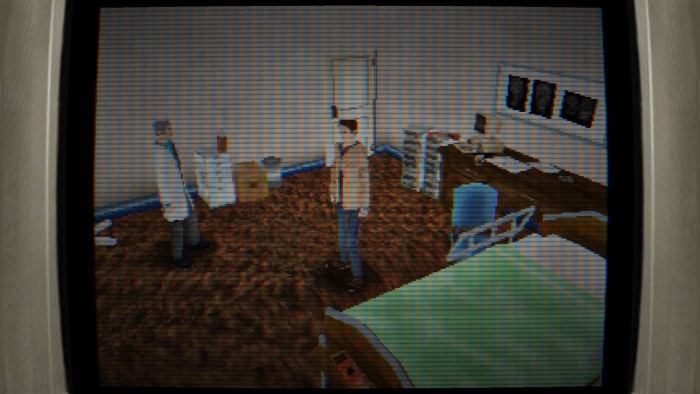 In Resident Evil you have green herbs that you can use on their own to heal your health a bit, or that you can combine with other herbs of different colors to boost their healing effects, as well as to cure some other conditions such as poison. In Back in 1995, you have painkillers to relieve your pain and carry on. Something that I’m happy to report is that the developer did not take inspiration from Resident Evil for the save system, so all you need to do to save is find a computer to interact with. For those of you that didn’t get a chance to play the original Resident Evil – and its sequels -, you can’t save in that game unless you have a ribbon tape in your inventory so that you can use a typewriter to write down your progress.

While combat is definitely very hit and miss, the good news is that most enemies are a bit on the dumb side, so unless you’re walking down a very tight spot where there is nowhere for you to talk away from the path an enemy is taking, you won’t have to do a lot of fighting in this one. The floating Thanksgiving turkey looking things seem to move very fast – at least when compared to how your character walks – but you can pretty much walk next to them, and they won’t even turn to attack you unless you end up bumping into them. 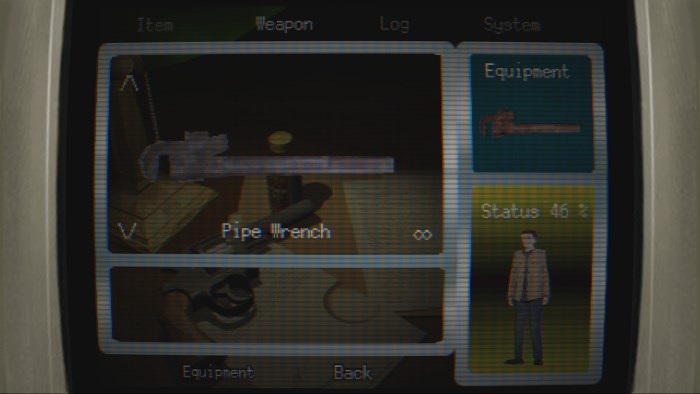 As for the game’s trophies, as is to be expected from releases by Ratalaika Games, this one includes a full trophy list with a Platinum trophy at the end, and since it’s a cross-buy game, that means your purchase will give you the chance to get two more Platinum for your collection. There are only four missable trophies, although the ones you get for finding the weapons are technically hard to miss since the weapons are right in your path. The only one you do need to keep in mind is the one for finding all newsclips. The rest of the trophies are awarded for completing each of the game’s chapters, and for getting the two endings.

Final Thoughts
Overall, Back in 1995 is not a fun game. It does well to not overstay its welcome since it follows the template of old-school games from the original PlayStation era a bit too closely. It is clear to see that Throw the Warped Code Out meant well with this creation, but the decisions made on the gameplay front to stay as close as possible to the source material does not make for a good game. Nostalgia might want you to give this one a go, but we’re here to tell you that you should just stay back and walk away slowly. Only trophy hunters are going to jump into this budget PS4 and PS Vita cross-buy release since they can get a new Platinum trophy for their collection in an hour and change when using a trophy guide – two Platinum trophies in less than 3 hours is a lot of bang for your trophy hunting buck!

Disclaimer
This Back In 1995 review is based on PlayStation 4 and PlayStation Vita copies provided by Ratalaika Games.