In Warlocks 2: God Slayers you take control of one of five members of The Order of Warlocks: Jake, Kheera, Shax, Cormag, and Willow. The stakes are much higher than in prequel Warlocks vs. Shadows, so you’ll need to see if you are to take on this quest on your own or if you will enlist of your friends to have a full 4-player party in local co-op. Each of the members of the order has a unique set of abilities, so having a full party with four out of the five members in your group is definitely a good idea. 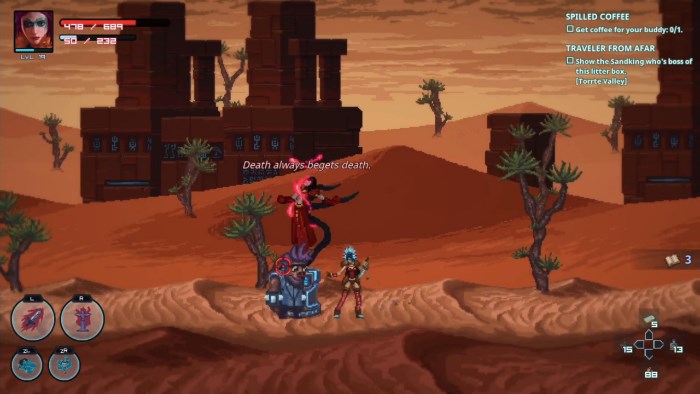 Before you start your adventure proper, the game will send you into a tutorial stage that will teach you the basics. For my first run, I went with Jake the Pyrodancer. Each character has its own skill three in which you can use your learning points, which you get when you level up, to unlock new skills. The game will start you off with one learning point so that you can unlock your first ability and start fighting. In my case, that ability was the Phoenix Strike, which allowed me to order the fiery flying phoenix by my side to fly forward, dealing physical damage through its path. 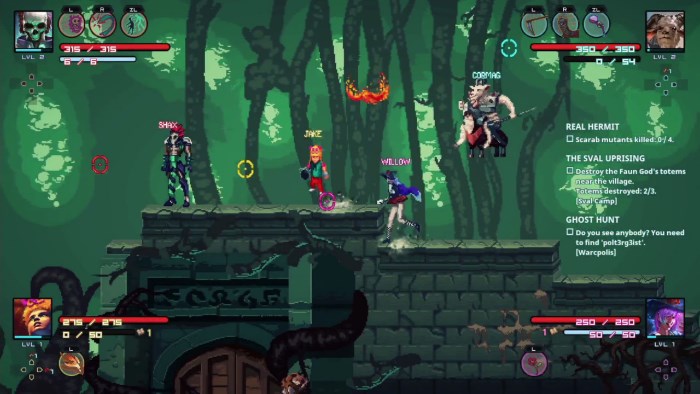 Noody, a shaman, helps you break out of the cage you find yourself in at the start of the game, and he will also provide you with an item – after you’ve defeated the nearby enemies who had captured you – that can allow you to travel to an Intergalactic Canteen that will act as a hub of sorts from which you’ll be able to purchase items for your characters as well as travel to new locations by way of the magical fireplace at the right-hand side of the bar – interact with the fire and you will be shown a globe in which you can select your next destination. 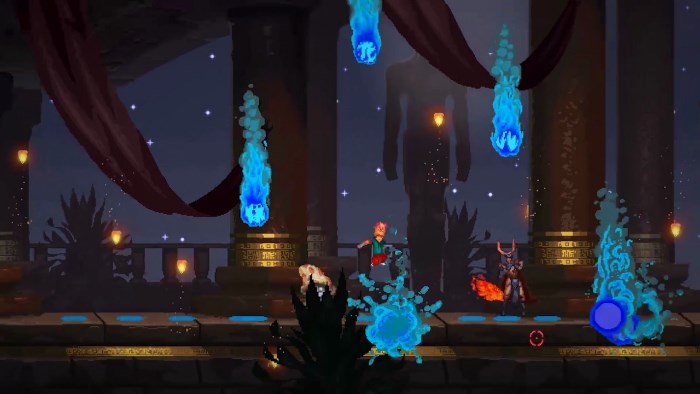 At first, you will only be able to move around with the left analog stick, jump with the B button, and attack with the skill you’ve unlocked, which is mapped to the L button. As you unlock more skills with your learning points, more skills will be added to your arsenal to the R, ZL, and ZR buttons. These skills can also be powered up by spending some extra learning points on them, boosting their effects. You will get more damage from attack skills, but some of them will also cost more energy to be activated – at least their cooldown period will do down a bit! Skills also have separate upgrades attached to them that can also be unlocked with learning points, so there’s certainly a lot to consider on how to spend your points. 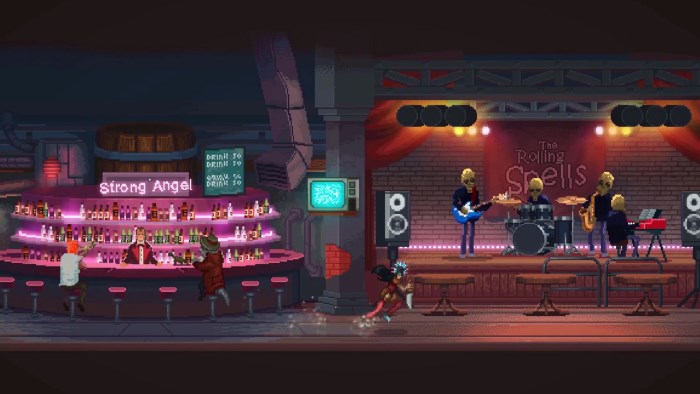 In the case of my Pyrodander, along with the Phoenix Strike attack, I could also unlock abilities such as the Phoenix Slide, by which the Phoenix turns into a skateboard to evade enemy attacks as well as for gliding through the air to get to otherwise out of reach spots, or a Phat Bass attack which can knock enemies back thanks to, well, the power of a phat bass – and unlike the Phoenix Strike, this one deals magic damage.

You should make sure you always have some food or drinks on you so that you can heal your health when in battle. These can be assigned to the D-Pad for easy access. You can get items that will instantly heal a percentage of your health, or you can have some that will regenerate your health over a set period of time. There are also items to remove all negative effects (debuffs) on your character. You can purchase equipment as well to boost your stats, adding some extra armor here and there, boost your attack speed, improve your casting speed, add a chance to dodge enemy attacks, or perhaps you’d like something that can increase your magical resistance. 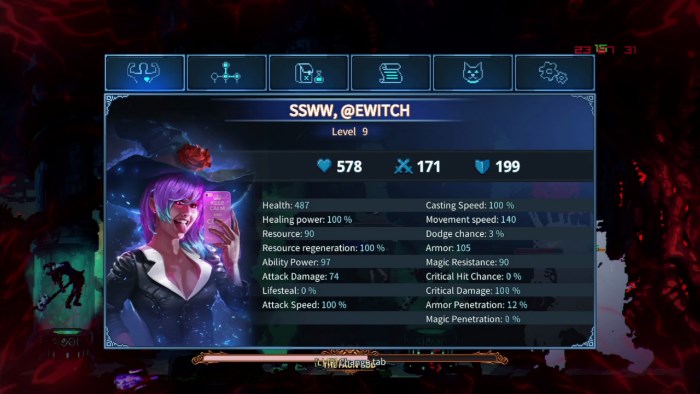 Warlocks 2: God Slayers features an in-game trophy system with 33 trophies in total to unlock. For these you will need to complete tasks such as finishing the tutorial level, reaching level 10 with each of the characters, defeating the game’s bosses, playing in co-op mode, dealing a considerable amount of damage with one character, collecting a ton of gold, evolving your familiar companion to its final form, unlocking an ultimate ability, or even for something such as watching the entire end credits sequence without skipping it. 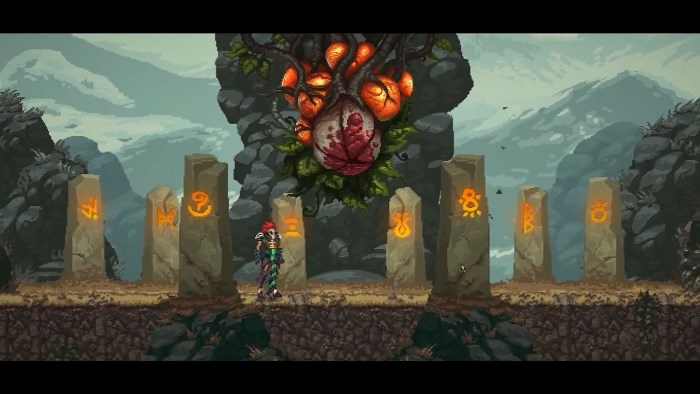 Warlocks 2: God Slayers is a fun hack ‘n’ slash on Nintendo Switch with a good gameplay variety with five characters to choose from, local co-op, plenty of main and sidequests to complete, good pixel art, and solid musical selections. The story setup for the game is a bit “I’ve heard this before,” but the writing for the interactions between your characters and the NPC you’ll meet is usually very funny and a bit self-referential, keeping you going until the end.

Disclaimer
This Warlocks 2: God Slayers review is based on a Nintendo Switch copy provided by QubicGames.