Color-heavy rhythm-based puzzler Vectronom is now out on Nintendo Switch. Learn why you should be playing it right now in our Vectronom review!

Vectronom from Ludopium and ARTE is a rather colorful rhythm-based puzzler in which the beat plays a crucial role. You’ll be taking on small 3D puzzles in which parts of the area will appear and disappear in time with the music. This leads to a lot of trial and error being needed to find the right tempo in which you need to move forward, backward, or side to side to take your rather animated cube from point A to point B in one piece. You’ll have to go with the flow as you take on the game’s electronic soundtrack. Due to its nature, all you need to worry about for this one is moving your cube around with the left analog stick or the D-Pad, and I suggest that you use the D-Pad since it feels more precise for the type of game you’ll be taking on. 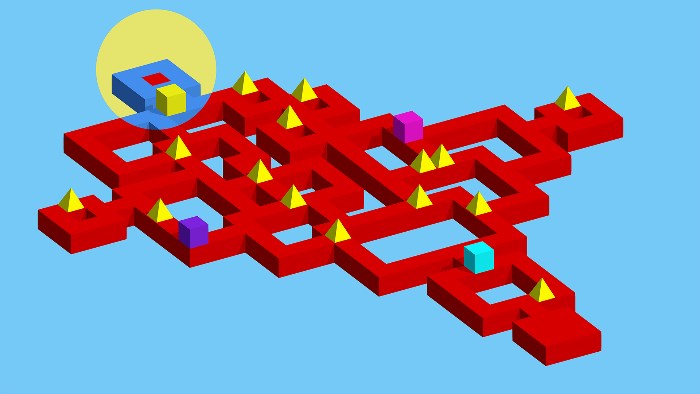 The first handful of levels will behave a bit like a tutorial by giving you easier levels to complete so that you can get the hang of things and see how everything works. The layouts for these levels won’t be anything crazy challenging and will allow you to get a feel for how each of the beat is rather different, and yet they all share some similar elements. These levels will also get you used to spotting not only the musical cues but also the visual ones that will prompt you to move as needed in order to survive. And if you thought that moving platforms was hard enough, just wait until the game introduces hazards into the mix! 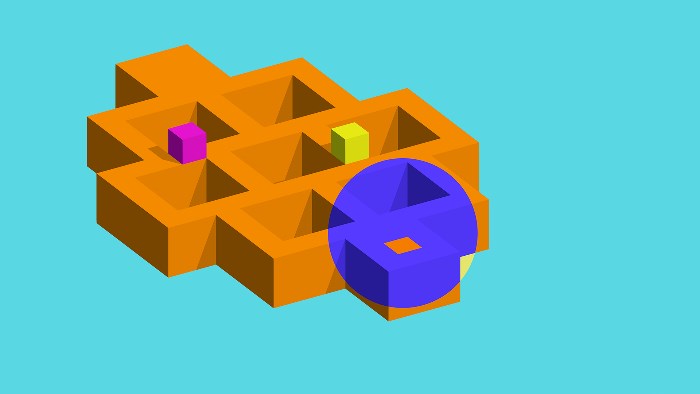 After you complete the first set of stages, you will arrive at a main hub from which you’ll be able to take on the subsequent sets of stages. Each new set will start to ramp up the difficulty little by little, so by the time you get to the last set, you will have become one with the beat. Moving platforms, disappearing platforms, deadly spikes, deadly spikes that move, squares that will propel you two spots forward and more will test your skills every step of the way as you also try to not make a mistake and send your cube flying down into the bottomless pit all around you! 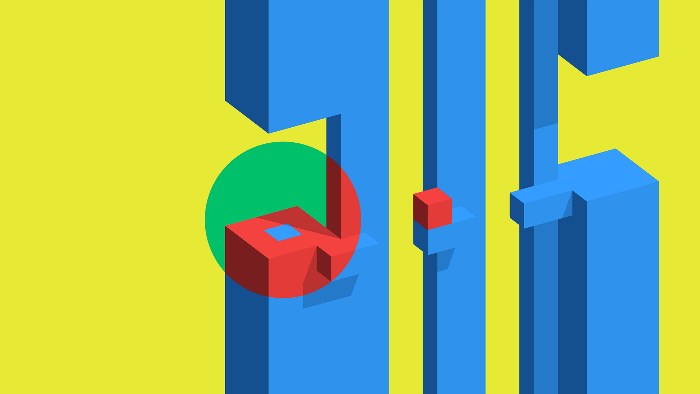 Just getting from start to finish is challenging enough, but if you want to 100% the game, you’ll need to collect the three badges available for each stage, which is not going to be easy! There is one badge for completing a level on your first attempt without dying. The second badge is for collecting all pickups before finishing the level, which is actually the easier one of the three, as long as you pay attention to how some pickups only appear during some spots in a song. The last badge can be obtained by always moving your cube in time with the beat. As long as you Zen out and get into the groove, then you’ll be good to go. 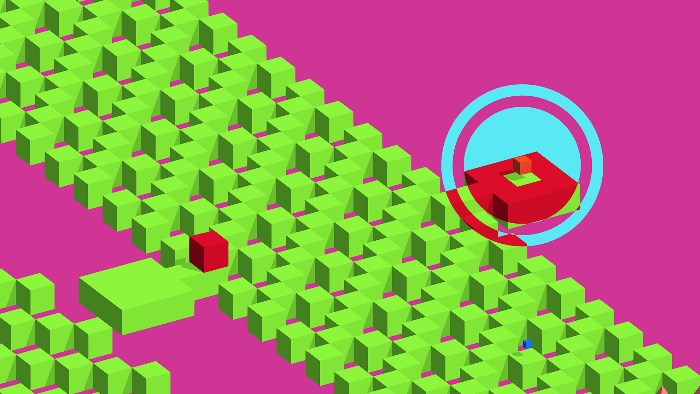 Since Vectronom is a very colorful video game, the developer has decided to give players with some type of color blindness the option to change how the game is presented – there are options for Deuteranopia, Protanopia, Tritanopia, and Grayscale. You can also disable the background if it’s too distracting or if it ends up making you feel a bit dizzy, as well as mix things up for the audio regarding the overall music volume, the sound effects volume, as well as the bass, middle and high of the soundtrack. 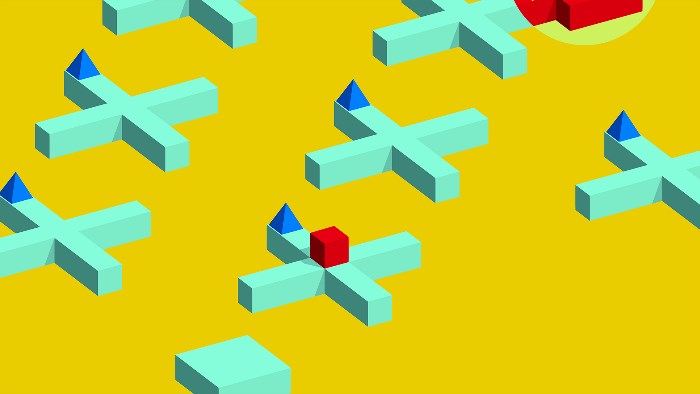 Vectronom is a very fun and challenging colorful rhythm-game puzzle release that, as the first release from indie Ludopium, really shines on Nintendo Switch. You can even treat this one as a puzzle game and not try to move your cube to the beat, just trying to get to exit in one piece, but I do think that not paying attention to the right will sometimes make some of the game’s stages even harder to complete.

Disclaimer
This Vectronom review is based on a Nintendo Switch copy provided by ARTE.

[E3 2019] The Legend of Heroes: Trails of Cold Steel III Out This September