Undead Horde from 10tons is an action RPG style release in which you must set out and seek revenge as you raise the dead from their slumber. Learn more in our Undead Horde review!


In Undead Horde you play as Orcen, the last Necromancer who finds himself in a rather sticky predicament. Paladins have stuck him inside of an urn to try and contain his power and rage. The urn was left forgotten and cast aside, and Orcen makes the most of his chance to escape when a bird – a chicken really – decides to peck at the urn. One small nick on the urn is all that Orcen needs to break free from his prison, and he’s ready for you to aid him in using his powers to unleash an army of the undead. 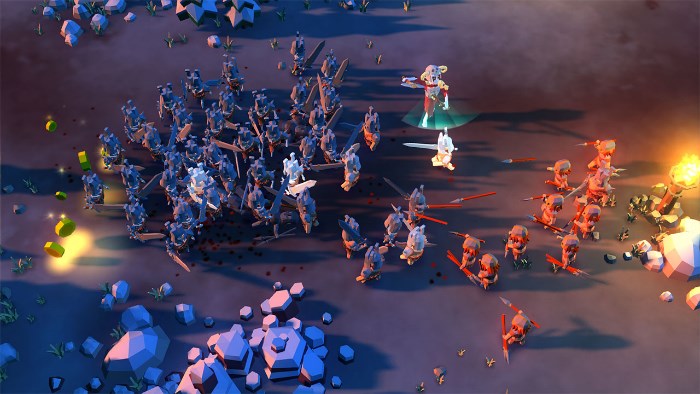 This chicken that has set you free will also serve as your first new servant, as the game introduces to you its main gameplay mechanics. The chicken will slowly but surely deal some damage to you, so of course, you’ll need to move around with the left analog stick, aim with the right one and attack with the ZR button to kill it. Once it’s dead, you can press the R button to bring it back to the dead as your first soldier. Once activated this ability is on a cooldown period, so you won’t be able to bring back the dead again until then You can use the L button to send your troops forward, and can use it again to call them back to your side.


You can’t just control any unit that you please since that would make for a very unbalanced gaming experience. In the upper left corner of the screen, there is a sphere showcasing your health points and your mana points, and around it is a purple segmented ring that will represent your command cap. Each unit will be represented as a segment there, so you’ll only be able to command as many units as you can fit into that segmented ring at once. It shouldn’t take you more than a handful of minutes to complete the introductory tutorial section. 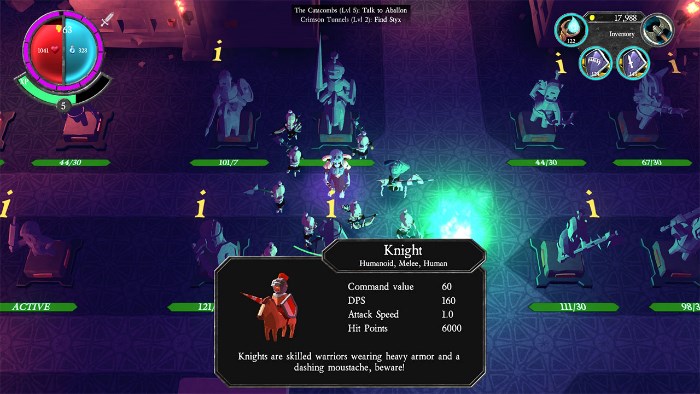 Before you set out on a quest, you’ll be able to use the statues in the crypt to add some units to your army. The more powerful a unit, the more spots it will require in the command ring, so you won’t be able to just take a ton of bears or giants with you into an area. At first, you’ll only have two statues at your disposal for peasants and angry peasants. To be able to unlock the rest, you will need to meet the death requirements for each enemy. For example, the barbarian statue asks that you kill 30 barbarians to activate the statue. Templar, on the other hand, are more powerful and deadly and not as plentiful as regular units, so you’ll only need to kill 15 to activate its statue. Be sure to return to the crypt to add some extra units to your horde! 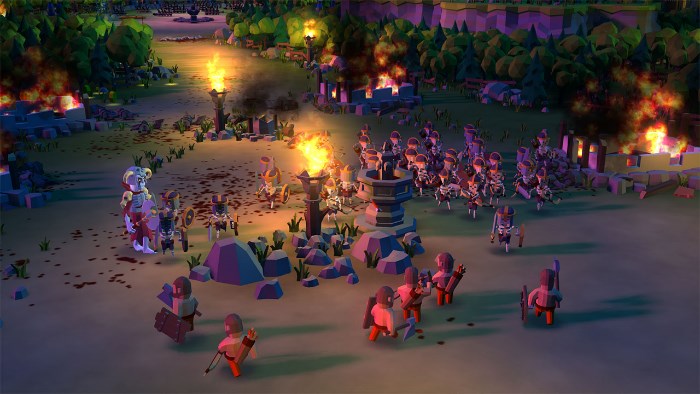 During your revenge tour, you’ll need to kill anything that moves and breathes so that you can add to the overall tally needed to unlock that unit’s statue back in the crypt, but also to keep your army at full capacity at all times. On top of this, you will also need to start claiming areas by destroying the buildings marked with a yellow icon on your map. As you do this, you might also find some loot to reward your efforts, and you can check these items in your inventory menu. Pressing the B button will open your inventory, and here you’ll get to use items or equip weapons and armor to boost your damage per second (DPS), speed, and other stats. 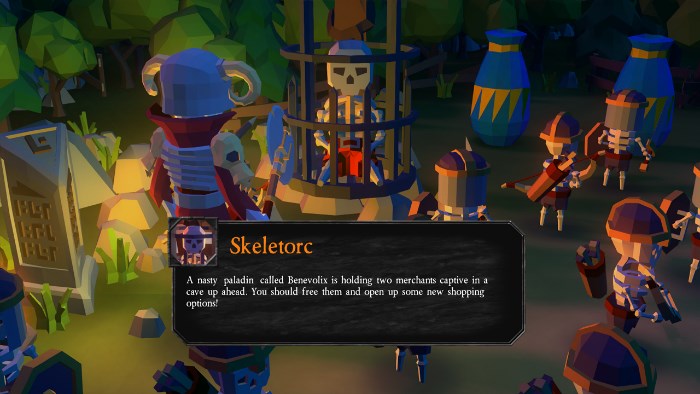 Kill enough enemies, and you will gain the experience points you need to level up. Once you gain a level, you can access the level up menu by pressing the Y button to select a card. These are souls, and the card you select will boost your overall health, damage, command cap, and mana. Each of the available cards will boost one stat, in particular, the most over the rest, so be sure to choose wisely so that you can power-up Orcen to favor your overall gaming style. 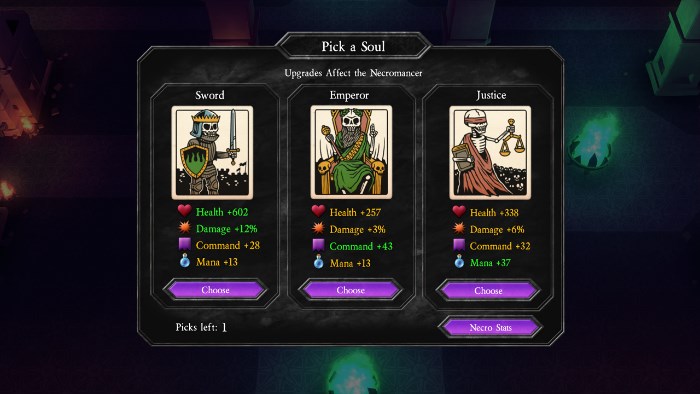 The gold you collect can be used at the shops back in the crypt. The item selection will at first be rather poor, so you’ll need to spend some money to level up shops, as well as pay tribute to change the current selection, to be able to find the right item for the story quest or sidequest you’re set to complete. The more tribute you pay, the better the odds of a rare item spawning at the shop, which will end up making a big difference when compared to the regular items and weapons you find when you destroy a building or defeat a boss. 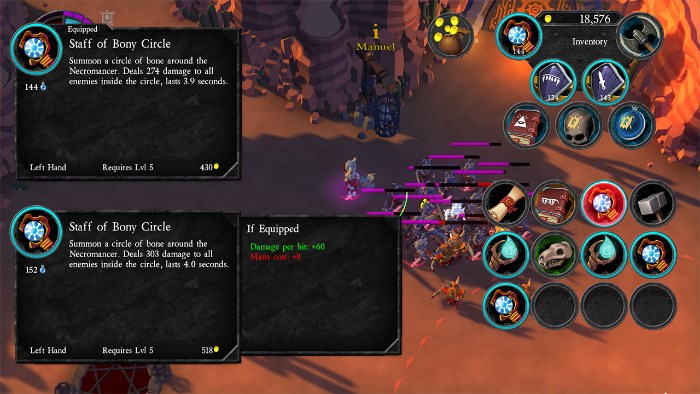 Undead Horde is a fun action RPG that will keep you busy for a while. With 38 areas to claim, almost 50 secrets to find, and almost 30 statues to unlock thanks to all of your killings, there is plenty to do in this one as you try to eradicate the living from the land.

Disclaimer
This Undead Horde review is based on a Nintendo Switch copy provided by 10tons.