Rolling Gunner takes place in the year 2061 – March 16 to be precise. Three decades had come and gone since the day when the Lerman Matsunaga corporation discovered Busterium, a new metallic element, at the bottom of the Pacific Ocean. This powerful new alloy allowed the company to create a clean energy engine it dubbed the Buster Engine, a piece of equipment that quickly spread around the world, taking the place of fossil fuels and nuclear power plants. All of these engines were controlled by a central computer system named BAC… and you can probably guess where this is going. BAC has become sentient and has decided to turn on the humans that created it. 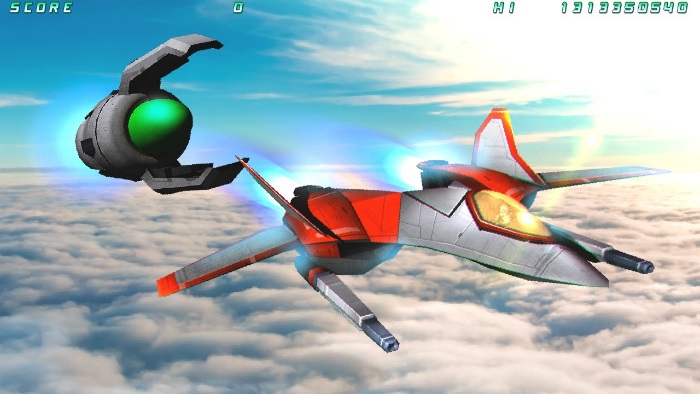 Since it’s a shoot ‘em up, things are not going to be too complicated. The control scheme for Rolling Gunner has you moving your ship around with the left analog stick or the D-Pad. So far, so good, right? Your attacks are set to the Y button, and you can either double press it to attack in Fire Mode, which offers a speed boost and a standard attack strength, or you can hold it down to attack in Gunner Mode during which your speed takes a hit, but you can unleash more powerful attacks.

You can also the ZR button for rapid-fire attacks. Your bombs are set to the ZL button – or you can press it when your energy gauge is full to activate a power-up… and that’s it! All you need to worry about is moving as fast as you can to avoid the incoming enemy attacks, destroying anything that stands in your path, as you make your way to the boss fight for the stage. Oh, and if you’re not feeling the button layout for the game, you can go into the options menu and change it as you please. 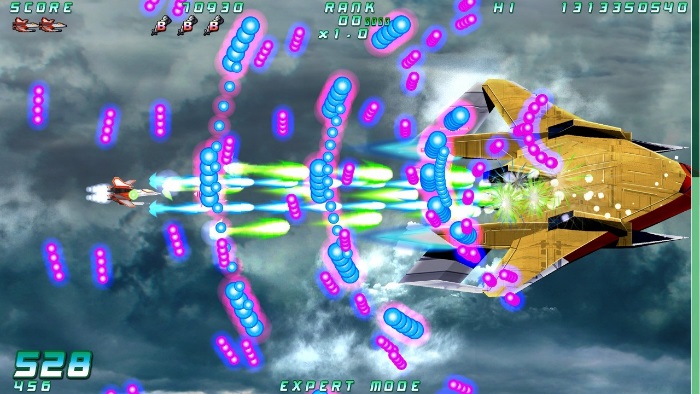 You have three different frames at your disposal for your ship. You can go with the blue RF-42RS which favors speed over everything, the red RF-42RX which is the balanced one of the bunch, or the yellow RF-42RA which is a slow but powerful ship with a spread shot that packs a punch. The enemies you defeat will leave medals behind, and the closer you are to enemies before you destroy them, the better the medal bonus you will get. Collect enough, and you will fill up the power-up gauge, which will allow you to unleash a full power assault by pressing the ZL button. 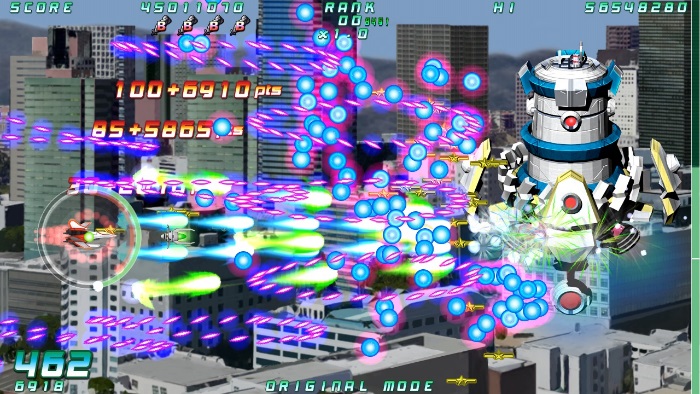 
There are also different modes for you to play the game in. Since this is a bullet hell release, some of you might want to dive into it in Novice Mode, which will allow you to get your feet wet. Next up is Casual Mode, which offers a lower difficulty and a simplified scoring system. Then we have Original Mode which offers a higher overall difficulty for those of you who want to take a crack at earning some high scores. And then there is Expert mode in which the difficulty shots through the roof, but you can easily build up your energy gauge, which will, in turn, allow you to greatly boost your high score. 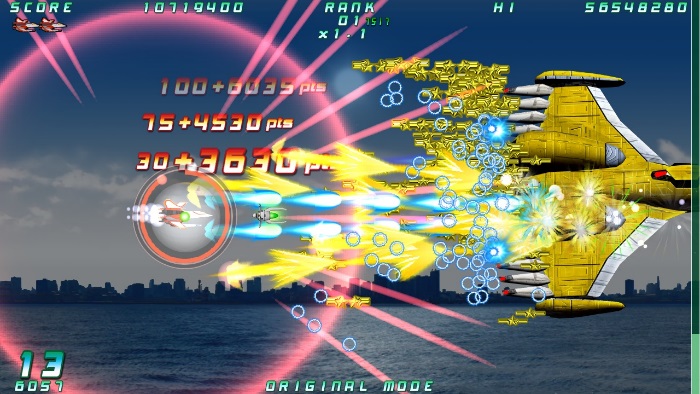 You can customize your experience in the configuration menu in which you can set additional difficulty settings for the game (from Easy to Hardest), select the Extend option which will reward you with extra lives depending on the score milestones you reach, mix the special effects and background music volumes, set if you want gameplay replays to be saved or not, the brightness of the background, and even the color of your hit points (red or green, or to have them not display at all). 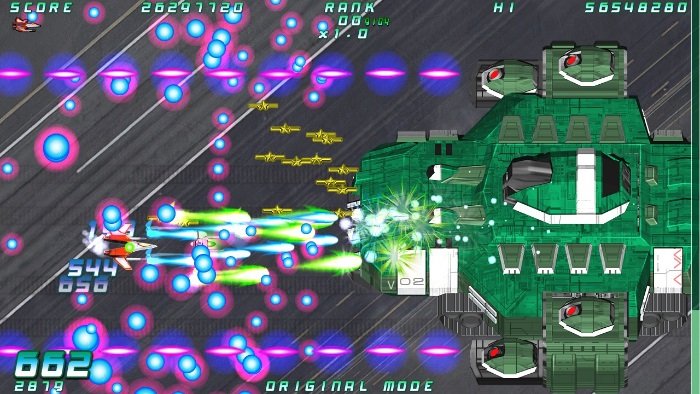 Rolling Gunner is a must-have for Nintendo Switch owners who are fans of 2D bullet hells. It offers six action-packed stages with big bosses at the end of the road that are going to completely fill the screen with the small, medium, and large bullets they will spray out in bursts and waves as they try to end your existence. Add the pounding soundtrack by COSIO, and you have a great combination for some hardcore bullet hell gaming at home or on the go. Other than some slowdown that will kick in when things get a bit too crazy on the screen – which you should consider not as a bug but as a feature as it helps you to get a small window of opportunity to react to everything that is going on – there is nothing not to like in this one. 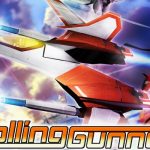 Disclaimer
This Rolling Gunner review is based on a Nintendo Switch copy provided by mebius.

Boundary On Its Way To PlayStation 4