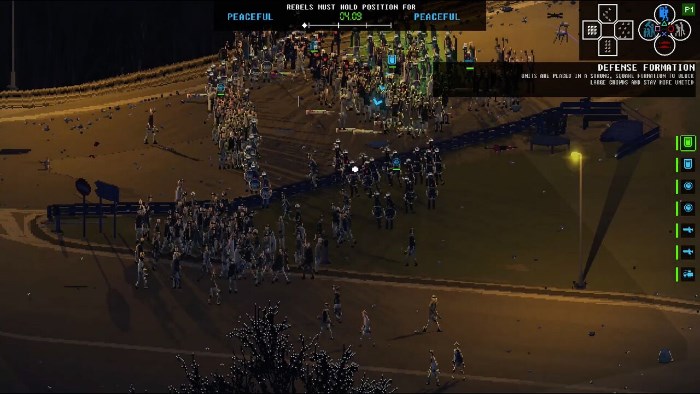 RIOT – Civil Unrest offers a series of scenarios to play from the perspective of the Rioters or the Police, which certainly changes what you, as the player, can do under said factions. The events are based on real-life riots from around the world, so you’ll be working towards completing the objectives set out by the developers as you try to complete each of the available stages. 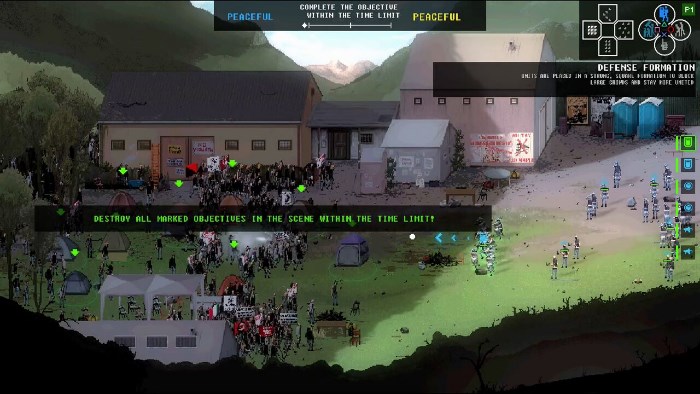 Before you go and play the game’s gameplay modes, I suggest you take some time to review the tutorial for the Rioters and the Police. Riot is the name of the game, so when playing as the rebels, you will need to find a way to peacefully resist until the time is right to retaliate against the cops. You will do this by calling together the group, keeping everyone calm until you have to break out the violence, using bombs or Molotov cocktails, if you have them, to deal some considerable damage to the opposing forces. 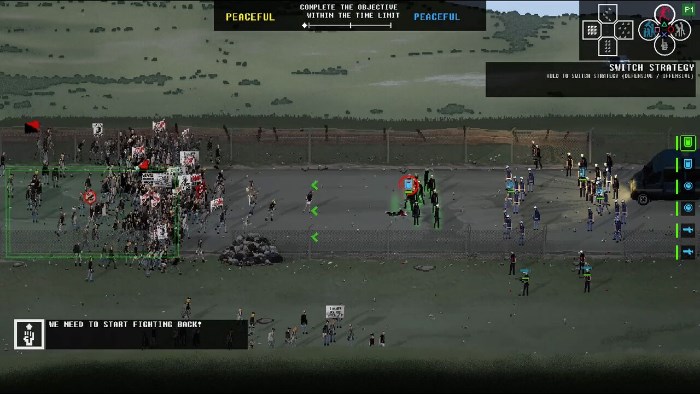 If playing as the Police, you’ll be called in to clear out the area of all rioters. Once you’ve selected the group that will be interacting with the rioters, you’ll move around with the left analog stick as you prepare your strategy. You have defensive units as well as offensive units, as well as defensive and offensive approaches, so you’ll need to decide which one is best for the situation at hand. If there are too many people, you might want to call in ballistics to shoot some gas rounds into the crowd to split them, making it easier to deal with things. 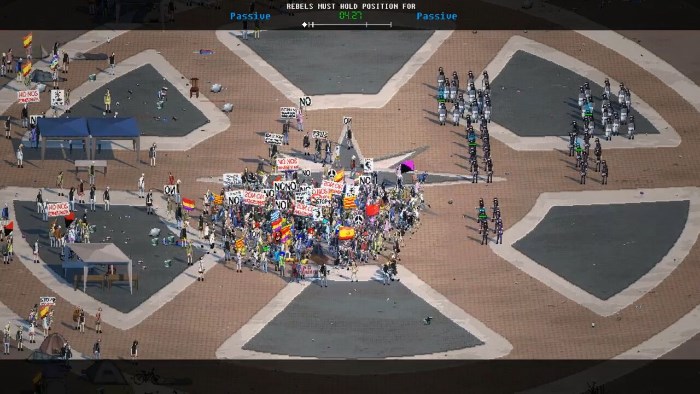 You can either take on Story, Global or Versus Mode. Versus has you playing against another player, with each selecting a faction. Story is where you will take on the scenarios that played out around the world, receiving some information about the location and what you’ll be facing, all while having the option to change the difficulty setting for that mission. Playing in Too Easy for a bit might be good for you as you get the hang of things since your units will be more resistant to fear, won’t panic as much, and the AI will not react as fast as it could. Jumping to the Challenging difficulty will balance things out while boosting the AI reaction time. And if you decide to play in Lawless, you better be ready for the big jump in difficulty since the AI will immediately react to your actions. 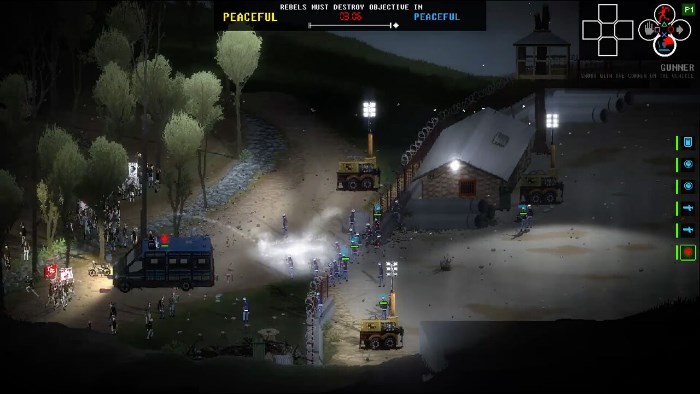 You can also review your loadout to change out your equipment. Take, for example, the rioters. You might start a stage with a Maalox, which can temporarily reduce the effects of smoke grenades, the chance to call in extra help by way of social media, and a megaphone to regroup rioters to keep everyone in line… but you also have a fourth empty slot that you can use to add something else to the mix. There is also the option of changing your entire equipment, but before you do this, I suggest you first play a level so that you can see what you’ll be going up against, and then plan accordingly during a new try. 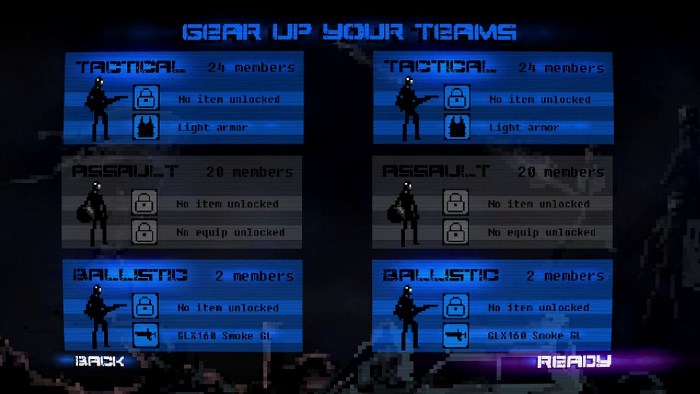 In Global Mode, every action that you make will have consequences, increasing the overall difficulty of subsequent missions if you don’t have the public opinion in your favor. You’ll need to balance your actions to be able to make some progress, so if you find that a mission is particularly challenging, you might want to jump back a bit and take on a previous mission so that you can try new strategies and use new equipment to try and boost the global public opinion of your faction. 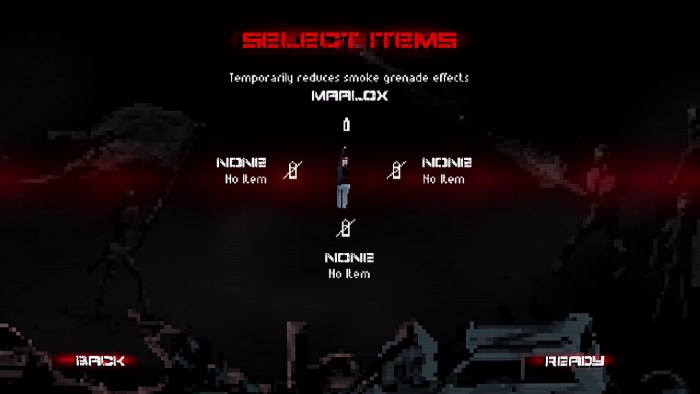 RIOT – Civil Unrest is one of those love it or hate type of releases since it features a controversial topic on a game that is loosely based on real events that took place in the real world, presented in a minimalist pixel style, as a distilled RTS experience on Nintendo’s hybrid console. It’s

Disclaimer
This RIOT – Civil Unrest review is based on a Nintendo Switch copy provided by Merge Games.