[Beyond PlayStation] My Friend Pedro Review

My Friend Pedro from Deadtoast and Devolver Digital is a bullet ballet 2D action platformer thing on Nintendo Switch you should check out. Learn more in our My Friend Pedro review!


In My Friend Pedro you get to control an assassin who, for some reason, is friends with an imaginary banana that floats around as it gives him advice on where to go and what to do next. As you run and gun through each area, you’ll get to make the most of your particularly helpful focus ability as you try to stay alive and in one piece, because while the bullets you shoot out of your guns are going to be your best friends, the bullets coming your way from enemies’ guns are going to do their best to tear you a new one. 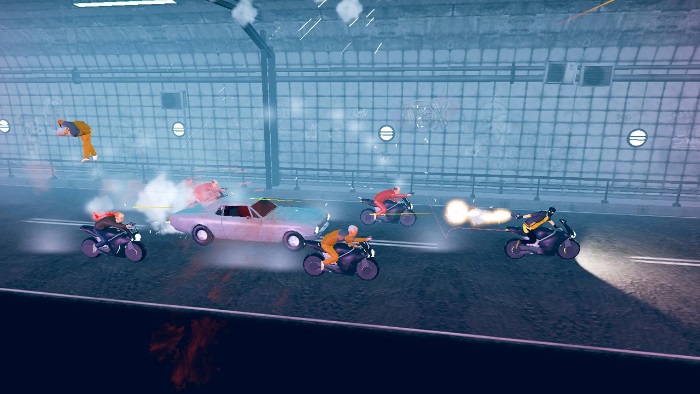 For this action-packed release, movement is handled with the left analog stick, while aiming is assigned to the right analog stick. You can jump with the B button, and you can also do a wall jump by pressing B when near a wall. Your character can also interact with things with the A button. Dodging is assigned to the L button, and you focus by pressing in on the left analog stick. By activating focus, everything around you will be in slow motion, and you’ll be able to run, flip, dodge, and shoot as you go to kill anything that moved. You can’t use focus forever since this skill has a finite amount of time, but the bar for it will slowly fill up once you stop using it. You can also kill enemies while in focus mode to boost your bar.


As for attacking, you can kick with the X button, fire with the ZR button, use the secondary fire option with the ZL button, and reload as needed with the Y button. By using your secondary weapon, you can split your aim, targeting two enemies at the same time. Since you can have different weapons on you, there is an option to cycle between them by pressing left and right on the D-Pad, while pressing up will change your weapon. Oh, and when you are riding a motorcycle, be sure to press the L button for a wheelie. 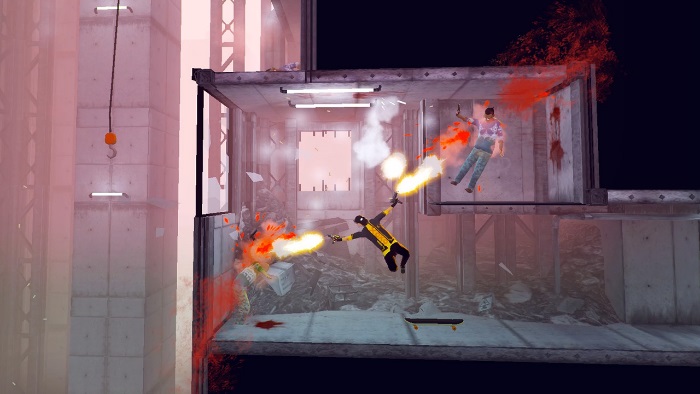 There are three difficulty options for you to choose from. There is Normal, which is a nicely balanced experience in which you can partly recharge your health as you battle enemies with a normal reaction time. Hard dials things up a bit since enemies will deal more damage, and they will react faster and be more accurate with their attacks. The last option is the aptly titled Bananas in which your health won’t recharge, there is no dodge-assistance, enemies deal a ton of damage, react insanely fast, and rarely miss when they attack.

For every level you play, you will be graded at the end based on your performance. When you kill an enemy, you will have a short window of opportunity to kill another enemy to boost your score multiplier. You get more points for more stylish and creative kills, so be sure to activate focus time, split your aim to kill two enemies while you flip through the air, dodge incoming attacks, and stick the landing. On top of your overall score, you will get a bonus for how fast you managed to complete the level, if you killed al enemies in the level, and if you did all this without dying. There is also an extra bonus for playing on a higher difficulty setting, so do keep that in mind if you want to ace the game and get the best rating possible for all levels. 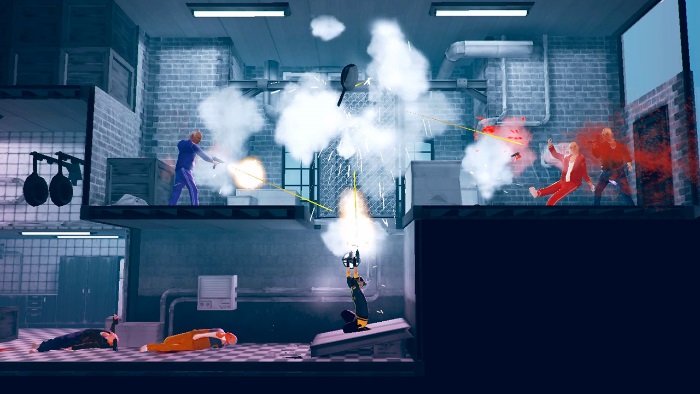 Your grading can either be a C (which is a bad grade), a B, an A, or you can go all out, get a solid combo going from start to finish, not die during the stage, and end up rocking a solid S, for your super performance. You probably won’t end up getting an S grade during your first run for a stage, but once you know what you’re going to be fighting against, as well as a level’s layout, you will probably want to give it another try. You’ll get to review your best rating, best score, and best time for completing a stage when you check in the level select option, and you can review this for the Normal, Hard, and Bananas difficulty settings. You can also see how players around the world are doing thanks to the online leaderboards.

If you’re not careful and not make good use of your focus ability and dodge skill, you will end up full of holes from the bullets that will hit you from all over the place. The good news is that when you die, you won’t have to start the whole stage from scratch since the game will only send you back to the last checkpoint you’ve reached. You will lose the aforementioned “No Deaths” score bonus at the end of the stage, but at least you won’t have to repeat previous sections unless you decide to restart the level! 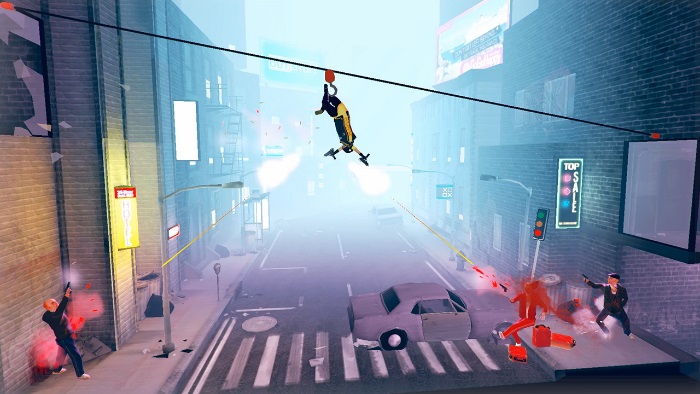 If you want to stay alive, then you should make sure that as you run, jump, shoot, and kill everyone around you, you also take the time to collect the health pickups that some enemies drop when they are killed. You should also make sure that you collect the ammo pickups that they drop because nothing sucks more than having a combo with a rather big number going on, only to run out of ammo at the worst of times, forcing you to try and change weapons before enemies can back you into a corner.


You’ll run into some boss fights along the way, each one feeling very different from the last one. For example, the first boss fight will be against a butcher that is riding around in a big van, and this will all take place while you ride around on a rad motorcycle. You won’t be fighting against the second boss while riding a motorcycle, but it will also be using a rather hefty vehicle as its weapon of choice. 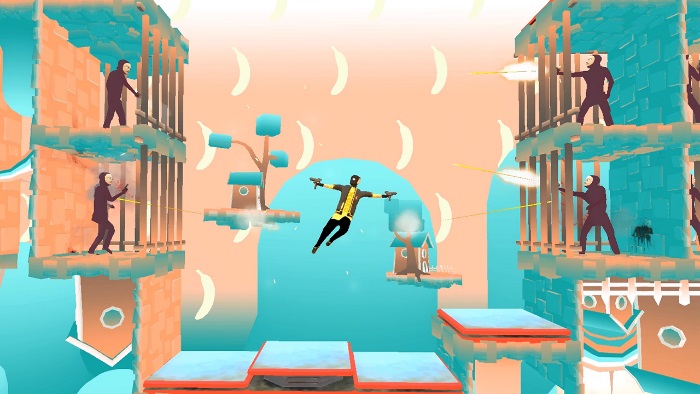 My Friend Pedro is a fast-paced 2D action packed experience on Nintendo Switch that is a lot of fun to play. The overall gameplay loop remains the same, but as you progress through the game you will gain access to, say, a shotgun which packs a punch but with a shorter ammo count per reload, so you’ll need to plan accordingly as you run, jump, twirl, hang upside down from a rope as you slide down and shoot left, right, up, down and in every direction. There is an interesting change of pace during the third set of levels in the game that is a fun and colorful twist, and after that things just get even crazier. Are you ready for some chaos? 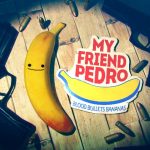 Disclaimer
This My Friend Pedro review is based on a Nintendo Switch copy provided by Devolver Digital.

Duke Of Defense Out Today

Dandy Dungeon Out Next Week On Nintendo Switch