Action RPG Mana Spark is an interesting game with some Souls-like vibes and roguelike twists thrown in for good measure. Is it a good mix? Find out in our Mana Spark review!


Mana Spark is a pixeltastic dungeon crawler in which you won’t be able to just hack and slash your way to victory. Enemies are smarter than what you’d expect from a $9.99 indie release, as they will make the most of their strengths while trying to compensate for their weaknesses. You could, for example, run into a pair of monsters that might at first seem rather similar, but then you’ll realize one of them is carrying a shield and is using that to block your long-range attacks while the other enemy is trying to flank you to gain the upper-hand. 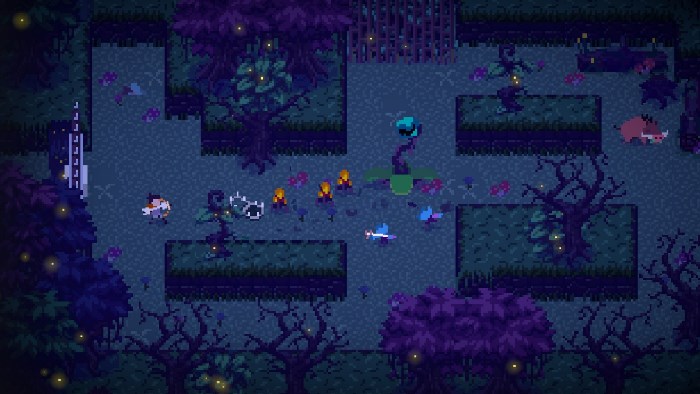 In the world of Mana Spark, mana is power and, unfortunately, humans don’t have it. They are seen by other species as a waste, as a group that should not exist anymore. Because of this, humans have become slaves to others, and are exploited as soon as they’re fit enough to hold a tool in their hands. Monsters raid human encampments and kill those that are of no use, which is definitely not good for humans. This cycle kept going on and on, until one day after a raid in which the monsters decide to take some humans away – for no apparent reason -, the humans decide it is time to strike back. 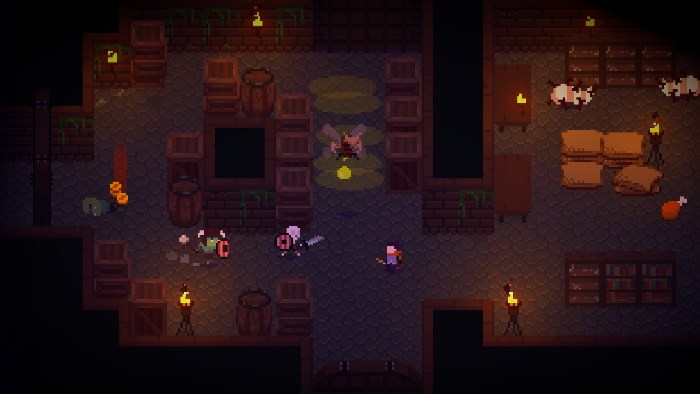 Your adventure down the dark dungeon will be procedurally generated, so every time you enter, you will have an overall different experience. This is a roguelike experience, which means that if you die, you’re going to lose the stuff you had found. Luckily the developers realized that might not appeal to everyone, which is why they’ve added the opportunity to build and care for your very own encampment, which is a clever way of opening the door to permanent upgrades for your character.

You will move your character around with the left analog stick while you aim your attacks with the right one. Once you’re ready to attack, you can do so with the R or the ZR button. If you want to stay alive in this one, you will need to roll out of imminent danger as soon as possible, so that you can take a second to focus on what is going on and can plan a strategy to come out victorious. If you find any useful items during your adventure, you can use them with the ZL button as needed. You can also interact with objects with the A button, which will come in handy when you need to activate a lever or two. 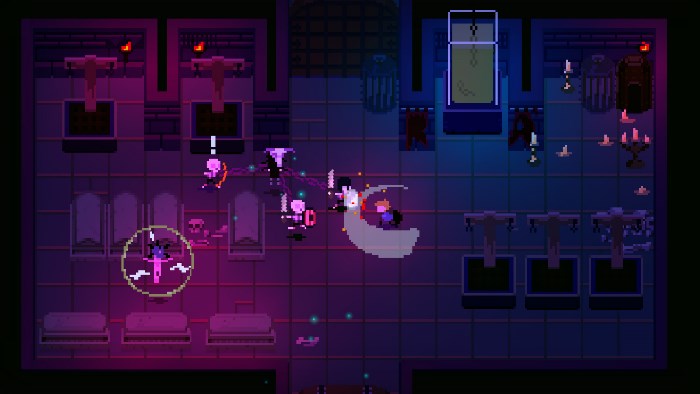 Your adventure will start inside of a forest, with no attributes, equipment, or bonuses for your character. All you have is three hit points for a health bar, no gold coins, and a trusty bow and arrow that will allow you to attack monsters from a safe distance… that is as long as they don’t see you coming and start to regroup and plan how to take you down. This will be the tutorial area, where a series of rather conveniently shaped and carved stones will tell you which buttons to press to perform your actions.

Soon after this short tutorial, your true adventure will begin, and you will start to run into more and more monsters to battle. It is here that you will notice that your bow and arrow actually behave like a bow and arrow set, which means you can just Legolas your way out of battles since there is a short reload time to consider – you can see this thanks to the moving squares that will show up after you fire an arrow. 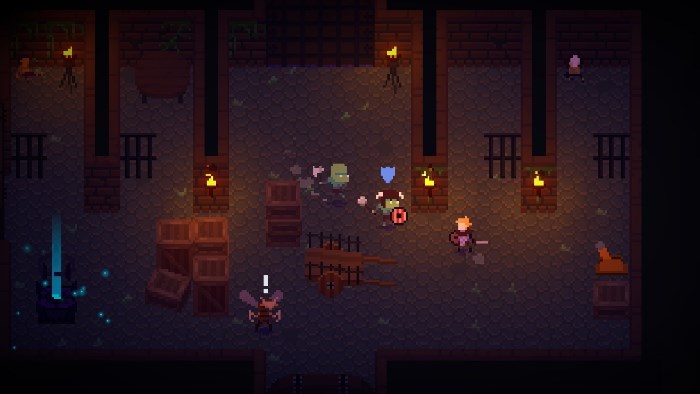 Entering your first dungeon, you will start to notice that the number of enemies you’ll be fighting will have gone up considerably, and you will start to find larger and deadlier enemies as well – I got into a fight with a big fire-breathing piranha plant in one room that would also spawn three small exploding plant-like entities every time it went back into its protective cocoon after I dealt some damage, which was a fun battle to take on. My prize for being victorious? A chicken leg to recover some of my health, and access to a lever that helped me open a door that was blocking my access to another room.

Killing enemies would sometimes also reward me with gold coins for my stash, as well as with some rune stones imbued with mana energy, an item that humans were forbidden from ever grabbing with their slave hands. Coins can be used to purchase items for you to use or equip, as well as to activate power-up contraptions that will allow you to select between the available options to boost your character – things such as increasing your damage while making you slower, or being able to shoot one more projectile before having to reload. 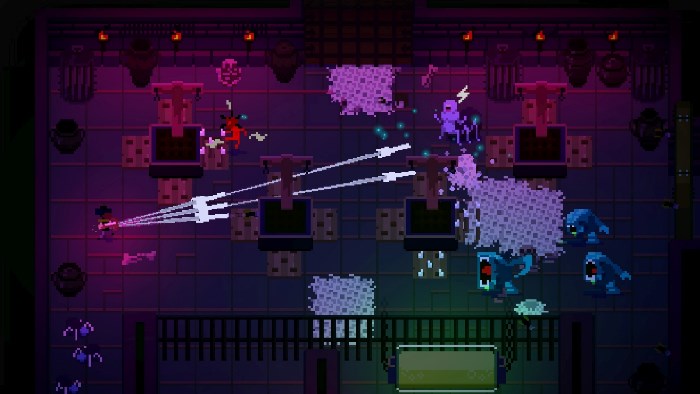 When you die, which will happen rather often if you’re not careful, you will be sent back to your encampment where you’ll be able to give the magic runes to Li Wei so that he can go out and search for volunteers that are willing to join your encampment to aid in your fight against your oppressors. The catch is that if you die before you reach what the game calls the “Peculiar Room,” then you won’t be able to stash the magic runes and they will be lost. Magic runes can also be used to unlock equipment items for your character so that you can have an easier time during subsequent visits down the dungeon. 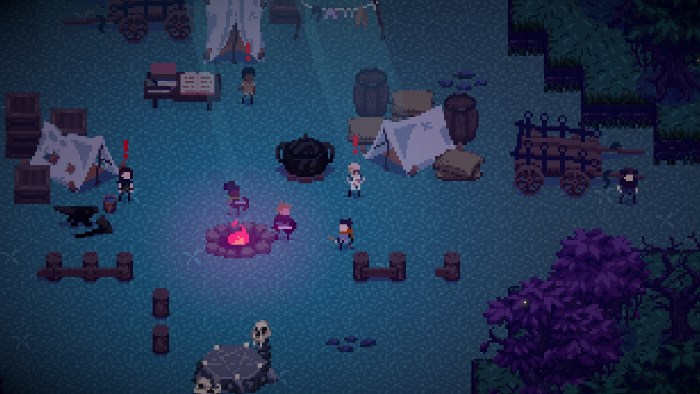 Mana Spark was very fun to play in short bursts as I tried to find as many magical runes as possible during each run. At first, it was so that I could bring more people to my encampment, but then I was focused on unlocking new items for my arsenal, unlocking new meals I could bring with me to the dungeon to gain a bit of an edge over my opponents, or investing in researching monsters at my encampment to unlock the option to make them weaker in subsequent runs. Mana Spark is a fun indie release that is short and to the point, and well worth its $9.99 asking price.

Disclaimer
This Mana Spark review is based on a Nintendo Switch copy provided by QubicGames.

PlayStation Plus For June