Puzzler bloxiq originally launched in PS Vita many moons ago, and it’s now made its way to the Nintendo Switch. Does it stack up? Find out in our bloxiq review! 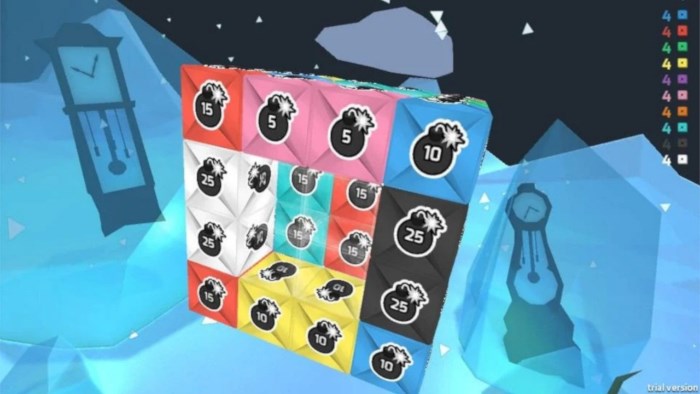 bloxiq on Nintendo Switch presents to us 100 levels in total, spread out between seven worlds. Each of the first six worlds has 15 levels each, while world seven has only ten levels. The first set of levels in world one will act as the game’s tutorial as you learn the basics of how to control the game and how to solve each of the puzzle elements thrown at you, all with a steady increase in difficulty as to not overwhelm you. In order to be able to play the next world, you will first need to complete all levels in the previous world, so that you don’t end up jumping into a puzzle that would prove to be too difficult since you don’t have the required experience to know what to do. 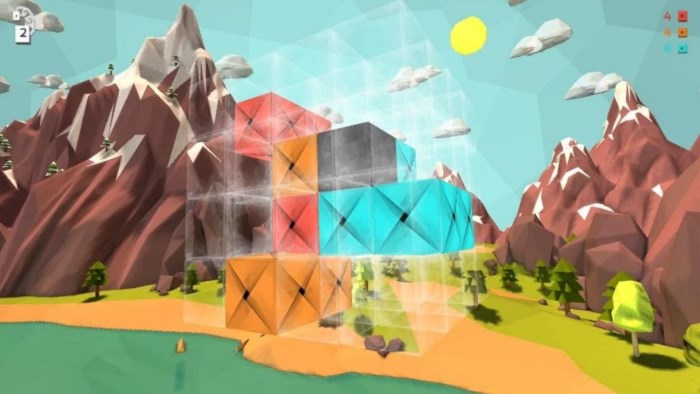 You need to bring together four or more colored cubes into contact to match them. To do this, you need to slide each row or column of the puzzle in the center of the screen by either using the touchscreen or by pressing and holding the ZL or ZR buttons or the D-Pad to then move the column or row of cubes with the right analog stick. Release the ZL or ZR buttons or the D-Pad, and you will have completed your move. If you want to cancel your move, you can press the B button while still sliding the cubes around. Some puzzles will have different layers, so you’ll need to press the X button to move to the inner or outer layer depending on what layer you’re currently on. You can also swipe your thumbs outward or inward on the Nintendo Switch’s touchscreen to do the same thing. 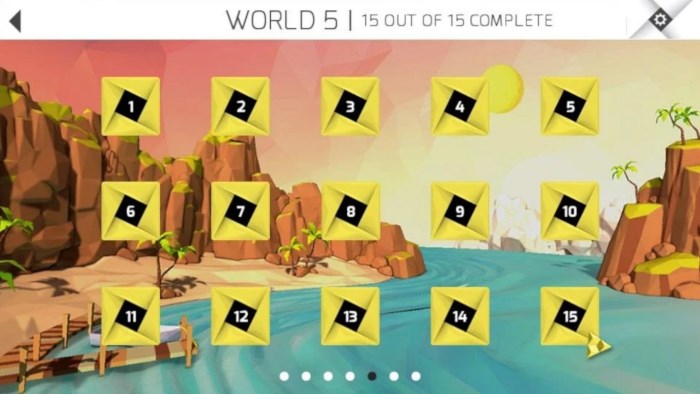 Along with matching cubes of the same color, you can also multimatch, which is when you match two or more colors at the same time. There is also the option of performing chains which are activated when a match is made when cubes fall into place because of clear spaces or when a mystery multicube reveals cubes that are then matched. Other elements to watch out for are the cubes that don’t have a bright color and, therefore, can’t be matched or those with locks which prevent rows or columns from sliding around. 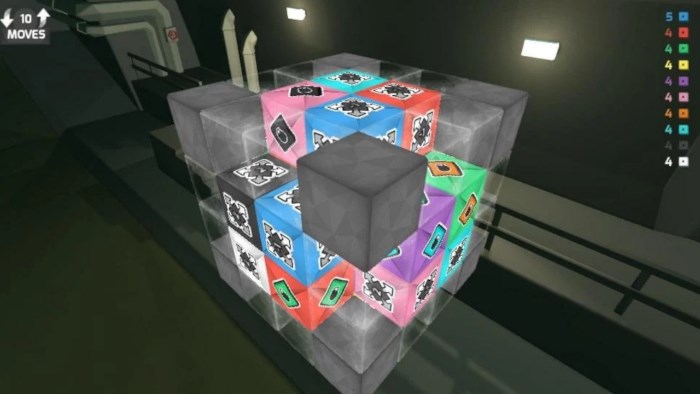 Levels might also have some extra restrictions applied to them to force you to be either as quick as possible or to make sure you make every move count. If there’s a bomb cube, you will see them counting down to zero, and if they reach that, then you will fail the level. Some stages could have a limit on the total number of moves you can make, which is why you will also need to pay attention to move cubes which can increase or decrease the total number of moves you have left for a stage. And then, there are multicubes, which will reveal another cube when matched. Pay attention to the sticker on the cube, and you will know what type of cube you’re going to get. 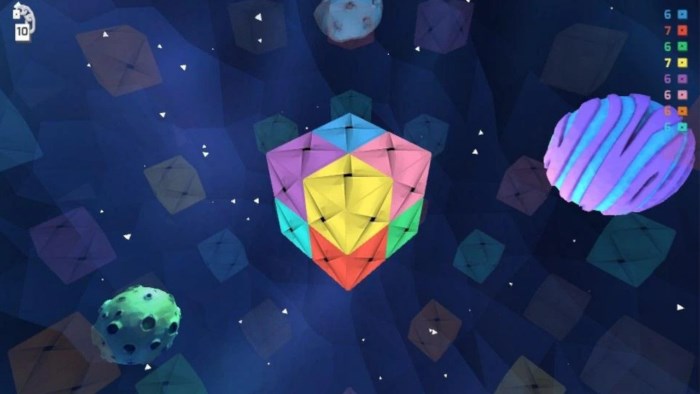 bloxiq is a fun puzzler that is easy to understand but hard to master. With 100 levels to complete and entertaining and interesting gameplay mechanics, this one is an easy one to recommend thanks to its budget $9.99 price tag. You’ll be able to take your time with some of the levels, giving you a bit of Zen puzzle experience, while others will require you to plan your moves carefully or try to find the solution as fast as possible. Add how some levels ask that you do X number of chains or that some have, say, five blocks for you to make match together or else you’ll fail the puzzle as the minimum number of colored cubes to match is four, and you get the idea of how this one is going to give your brain a good workout.

Disclaimer
This bloxiq review is based on a Nintendo Switch copy provided by Blot Interactive.

Verlet Swing Out On PS4 And Nintendo Switch