Aggelos is a new Metroidvania from Storybird Games and PQube with an old-school look and feel. Find out if it’s one to play or one to avoid in our Aggelos review!


Once you’ve selected if you want to play the game in Normal or Hard difficulty, your adventure will begin on what seemed to be an ordinary day in which you feel drawn to the Western Woods. And oh, what an adventure it will be! The peace of the Kingdom of Lumen is about to be threatened by the invasion of beings that come from another dimension. You must use all of your might in this 2D action RPG journey that will probably remind you of the Wonder Boy/Monster Boy series – something that is most certainly not a bad thing! 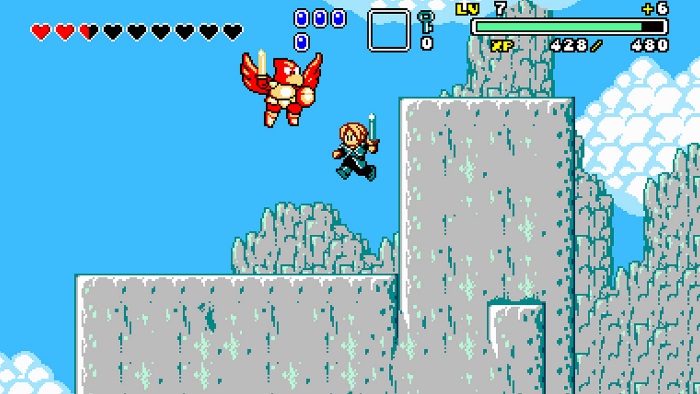 A few minutes after starting, you will see a girl running your way, asking for your help. It turns out she is being chased by a monster that demands that you hand over the girl at once. Pay attention to the monster’s movement and attack patterns and find the right time to attack since it will deal considerable damage with every hit it lands. After defeating it, the girl will be very thankful, and she will reveal she is actually Princess Lys of Lumen! She had been kidnapped by Valion but managed to escape. She is now in a hurry to warn the King of the danger that is about to hit the kingdom. You’ll later learn that you will need to collect the four elements to be able to defend the kingdom from the incoming attack, so off you go on a new quest. 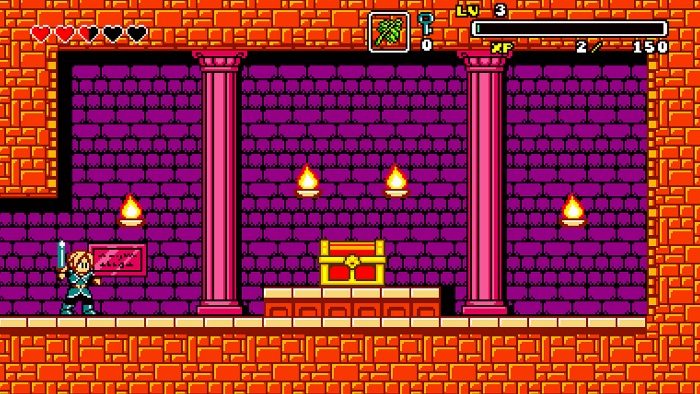 On the next screen, you will find a small glowing altar where you can press up to save your progress. These save points are very important as they will allow you to carry on with your quest if you are defeated. The first pair of enemies you fight is what looks like a rather colorful armadillo and a large bird, and once you’re past the aforementioned save point, you will run into a flower that shoots out dangerous spores, as well as a large bear that will swipe at you with its claws, dealing considerable damage. Other enemies you will find in your adventure include piranhas, giant clams that shoot out pearls at you, flaming bats, slimes, snakes, bees, dragons, and more. 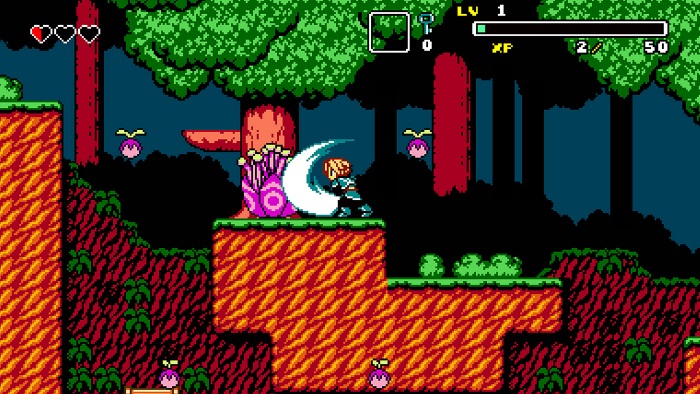 Every enemy you defeat will reward you with some experience points. They will also leave behind gold coins that you should collect so that you can use them to purchase items and equipment at the shop. A small or large potion can help you heal your wounds as needed, and equipping a stronger sword or piece of armor will go a long way. Some enemies will also leave behind a red heart, which you should immediately collect as it will restore some of your lost HP. If you want to boost your overall HP, then you will need to find more hearts in the large red treasure chests hidden in each area of the game – as well as collect the hearts you get after defeating a boss. 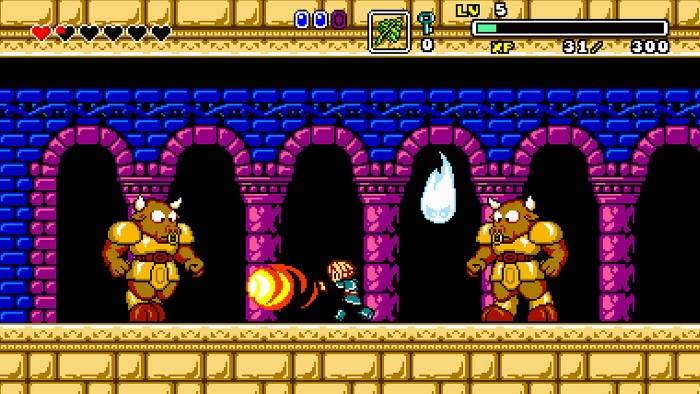 This being a Metroidvania, you will slowly but surely make progress in the game thanks to the different abilities you will learn and the magical items you will collect. Without spoiling things too much, you will, for example, be taught a special move that will allow you to hit downwards with your sword, and this will make it possible to destroy damaged platforms below you or attack enemies as you fall down. As for the magical items, your first one will be the Earth Ring, which will allow you to use its magical powers to launch an attack on an arch. If it hits a wisp, it will transform it into a platform. If you use this attack to damage enemies, if you hold down the element button, the enemy will transform into a platform when defeated. 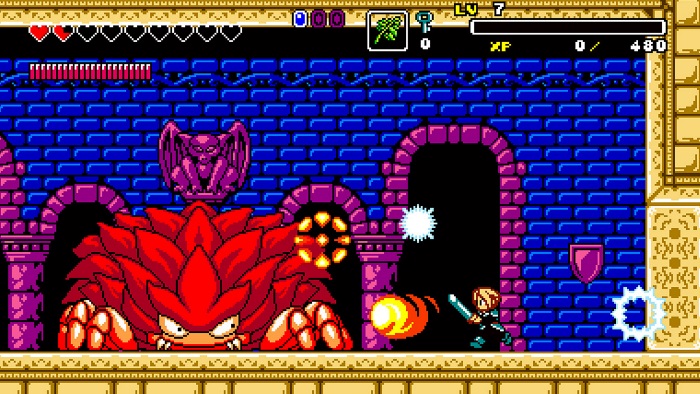 Aggelos is a fun 2D action RPG that pays homage to old-school entries such as the great Wonder Boy/Monster World series. It feels like a game stuck between the games released late in the 8-bit era and the early 16-bit releases of ages past – it has more of a Sega Genesis vibe going on than a Super Nintendo feel. You’re looking at around 8-12 hours to 100% this one depending on your skill and experience with Metroidvanias, which make it a game that is easy to recommend at its $14.99 price. 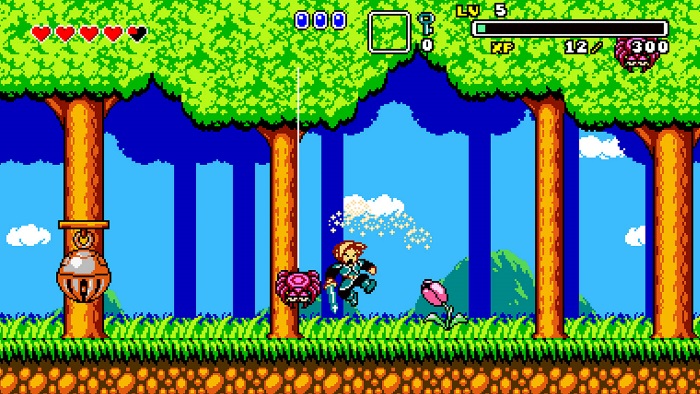 Disclaimer
This Aggelos review is based on a Nintendo Switch copy provided by PQube.