This is a double review for Zeroptian Invasion. Ceidz and EdEN played the game, and this review presents what they both had to say.

In Zeroptian Invasion, you are tasked with defending the F-1 planet system against the evil invading Zeroptian aliens, which is why the game has this name in particular. The game is an homage to the arcade shooters of ages past, with a minimalist color palette and presentation, and easy to understand gameplay mechanics that make this a pick-up-and-play option on PlayStation 4 (and PlayStation Vita). Zeroptian Invasion has a “How to Play” section you can check in the main menu, and it’s as to the point as you can get: you need to shoot enemies, collect the power-ups, and kill the bosses before they get a chance to kill you. Very easy to do, right? 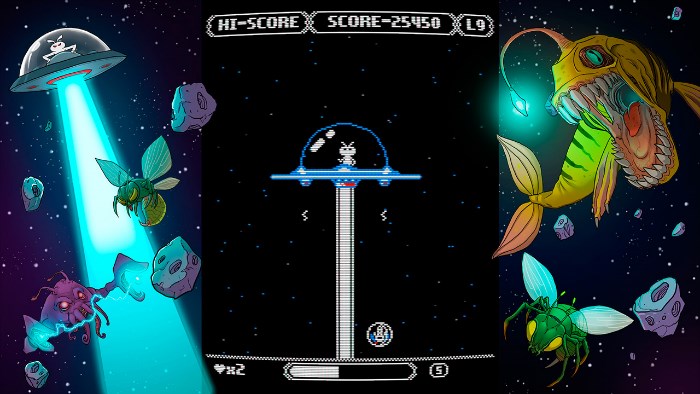 This minimalist simplicity can also be seen in the game’s control setup since all you need to worry about is moving your spaceship left and right at the bottom of the screen. If you want to attack enemies, you do so by pressing the X, Square, Circle, Triangle, L or R button, and this will send one energy blast flying up towards the invading aliens. And as you destroy the UFO that quickly flies over the top area of the screen, you can collect one of the power-ups that will increase the number of times you can attack in a row, or provide you with a shield to give you an extra hit before you are killed. 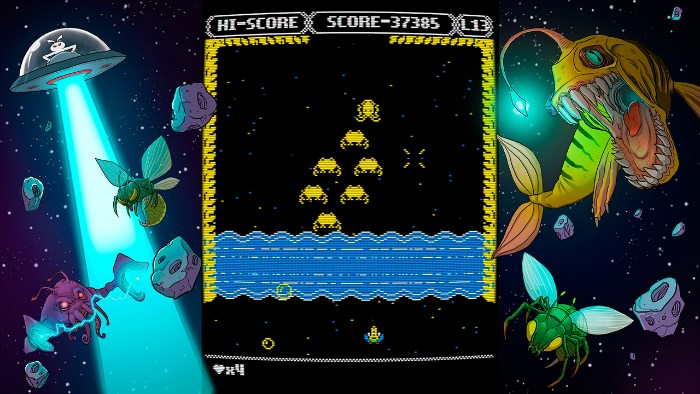 That shield will come in handy since one hit is all it takes to destroy your spaceship, so you need to pay attention to how each enemy you face attacks you. Some of them will send a single shot flying down in a straight line, others might be able to shoot at you from a distance with an energy blast sphere that can travel diagonally and which can throw you off as you try to avoid the other types of attacks. There are even enemies that send down special attacks that will slow you down for a bit, making you the perfect target for the other aliens! 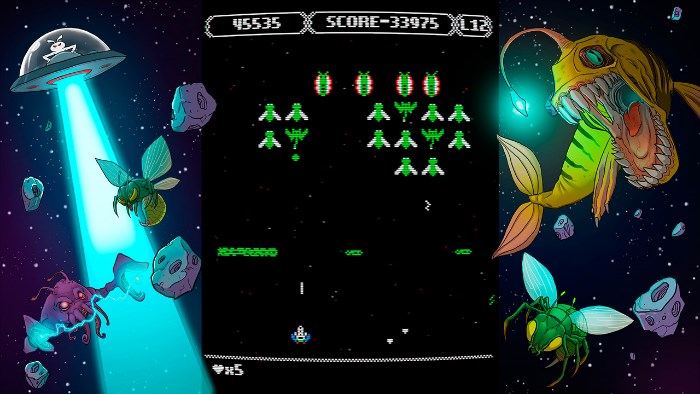 Zeroptian Invasion is the newest video game release from Ratalaika Games, who over the last year have released several games on PlayStation 4 and PlayStation Vita with cross-buy support and separate Platinum trophy lists. What this means is that if you buy the game on PS4 or PS Vita, you will get the other version at no cost. This also means that you can get two Platinum trophies if you meet all the requirements for each version, and trophy hunters with access to the European and Asian PSN stores can also buy the game there for a total of six potential Platinum trophies with only having to buy three copies of the game!

As EdEN mentioned, this game will feel as if it was actually an old game released many years ago, reminding those of you old enough of the classic Space Invaders. The overall premise is the same since you have to move left and right at the bottom of the screen as you try to defeat the aliens one by one while avoiding their attacks, and you will need to use the barriers that are a bit above your spaceship to have them absorb some of the attacks. Just be careful because if they are shot too many times, the barriers will disappear, which is not good! 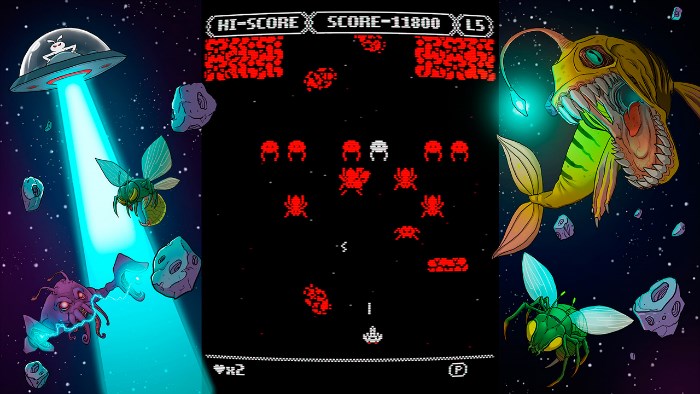 Something I wanted to mention from my time with the PlayStation Vita version of the game (which is the one I played for this review), is that if you go into the options menu, you can select to remove the CRT filter that is applied to the screen, so that it doesn’t look as much as an old release being playing in an old-school TV. But that’s not all! There is also a TATE option, which means that if you activate it, you can make the screen on the PlayStation Vita change from a horizontal display to a vertical display! By doing this, you will be using the right analog stick to control the ship and the face buttons to fire, giving it a great arcade feel.

As for the trophies for this game, as has been the case for most of the games released by Ratalaika Games, the Platinum trophy is not that hard to get, and it doesn’t take too long to unlock either! In fact, if you were to follow a trophy guide (although one is not needed for this game since most trophies you get by playing the game for a bit), you can get a Platinum trophy in around 10 minutes or so! That means that in less than half an hour, you could have two more Platinums added to your collection. 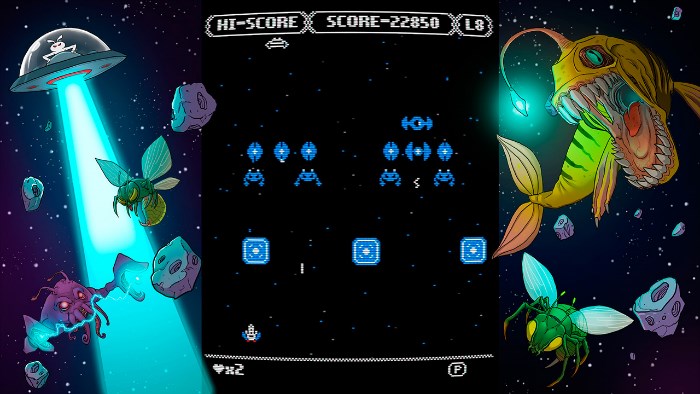 Zeroptian Invasion is a fun minimalist arcade-style release that pays homage to video games of ages past such as Space Invaders. It’s an easy pick up and play experience that focuses on the action as you try to stay alive in your fight to defend the planet system from the zeptorian aliens. Plus, you know, two quick Platinum trophies for the price of one!

Disclaimer
This Iron Snout Review is based on PlayStation 4 and Vita copies provided by Ratalaika Games.