Lapis x Labyrinth is a game that is heavy on the combat and the quests. You’re going to be spending a good chunk of time playing this one until the end, with 20+ hours-worth of content to dive into! Lapis x Labyrinth is a game all about going into various dungeons and completing quests, all while you try to collect a ton of loot – there’s no shortage of loot in this one! 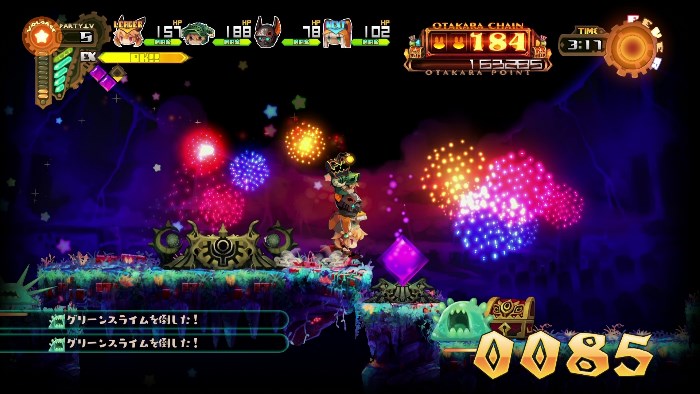 I can’t really talk about what the trophy list for this one looks like since Lapis x Labyrinth is releasing next week, so the trophies aren’t yet up on the server on Sony’s end. What I can tell you from the trophies that I did manage to unlock, is that this adventure is going to be a grindy one for trophy hunters! The good news is that this shouldn’t be a problem since the game’s gameplay loop is certainly very addictive and it will keep you having that ‘one more’ feeling as you play, so it’s going to be a fun ride. 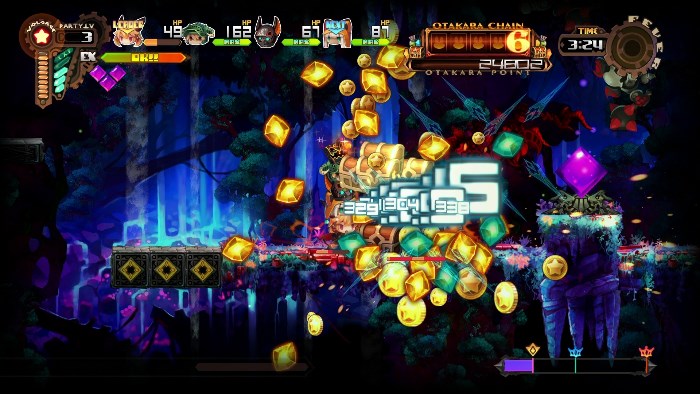 Anyway, once you are on the character screen, you have a choice of multiple characters from all the different classes available to you right from the start. You can also customize your character by choosing its hair color and a choice of two hairstyles per character. There are plenty of character classes to choose from. For example, there’s the Hunter, which is the one I’d recommend for newcomers to the action RPG genre; you have some mighty defenders in the Shielders and powerful magic users such as the Witch. And if you prefer bullets, then we have a gun-toting character as well. The classes are very varied, so there’s something here for everyone. 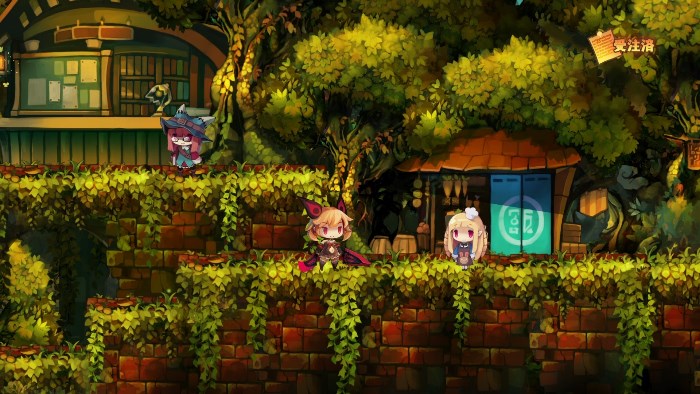 You can only take a max of four characters as members of your party, and unlike a conventional party you might form in other action RPG release, the kicker here is that your characters are stacked vertically on top of each other. Because of this, you need to really pay attention to how you build our party and set it up wisely. A Shielder is definitely going to be a must if you want to stay alive since it will greatly boost your defense of the other characters in the stats. Each character has something to offer to the group, so you’ll end up doing some trial and error as you find the right party for the job. 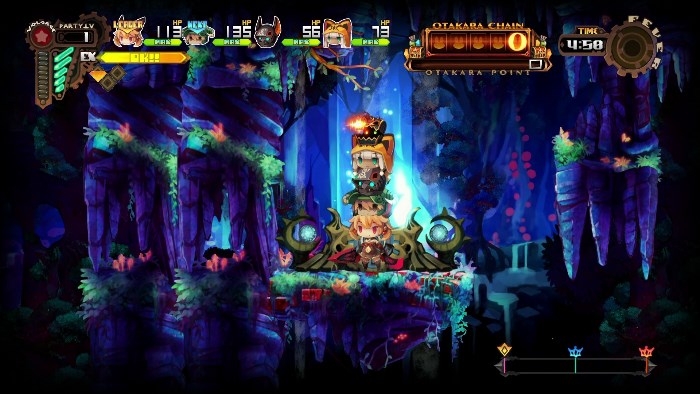 Combat is really easy to pick up since you’ll be using the analog sticks and the D-Pad to perform combos, and the better your combos, the more damage you’ll be dealing. Depending on who you picked up for your stacked party, you can trigger the special moves that are specific to each class. This is why it’s best to have a good mix of magic/melee/defense characters and to keep them properly leveled up at all times. To do this, you can repeat previous quests to level up a bit. You can also swap characters in your stack. 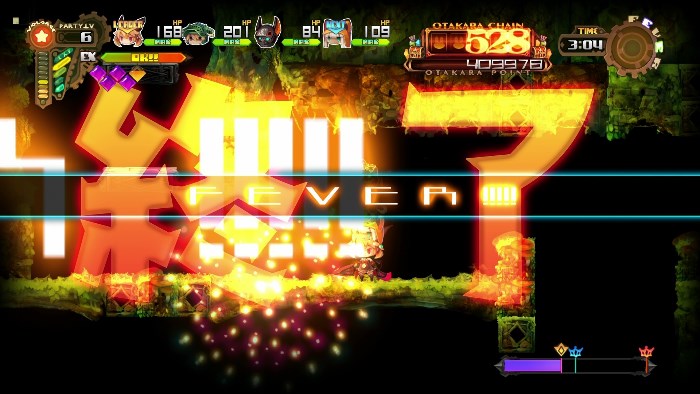 In a level, usually at the halfway point, you will end up feeling overwhelmed with hordes of enemies, and this is where you can trigger Fever Mode. To trigger Fever Mode you must slay many enemies in quick succession, and when it is on your screen will fill up with tons of colored gems, and hitting anything that flashes will also dole out colorful gems. The only downside to this is that whatever you gain during Fever Mode only stays in that dungeon, so you’ll have to use anything you find before you get out, which is a shame. When you clear a quest you make your way to a portal of some kind which takes to a quest clear screen, and you are given a choice of chests to choose from, so the more keys you find, the better your odds of getting way better rewards. 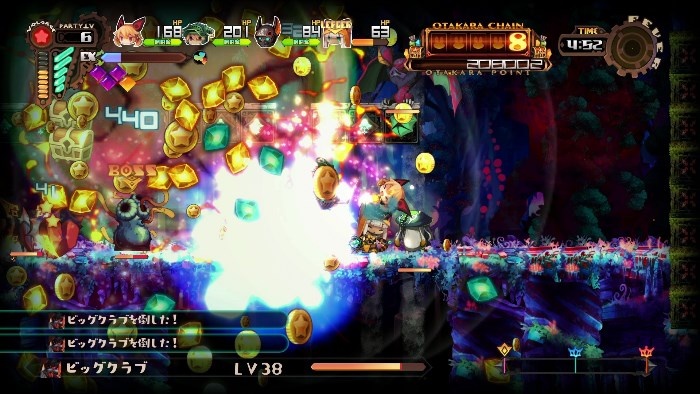 Lapis x Labyrinth is a ton of fun. I had a blast playing it on PlayStation 4, even if its gameplay might seem a bit repetitive for some players out there. I found its gameplay loop to be very addictive and even relaxing to some point. You can play the quests in any order you want, but I do recommend you don’t go crazy and do follow the suggested level for each quest since the difficulty and the challenge of the enemies you face does ramp up as you progress. Lapis x Labyrinth is a great game from NIS America, and it’s out next week for $29.99, so you should check it out!

Disclaimer
This Lapis x Labyrinth review is based on a PlayStation 4 copy provided by NIS America.