Super Life of Pixel is a retro-styled platformer that gives us a history lesson in gaming, from its infancy to more recent platforming games. Learn more in our Super Life Of Pixel review!


Super Life of a Pixel Trailer

In this one, you play as a little square named Pixel, and you get to choose which era you want to play first. I do suggest starting at the very beginning, in the ones paying homage to the Atari, the ZX Speccy, and the Amiga, platforms you can enjoy early on. Not only will it feel like you are playing on a retro console, but you also get to enjoy the different graphical look and screen resolutions of that era. 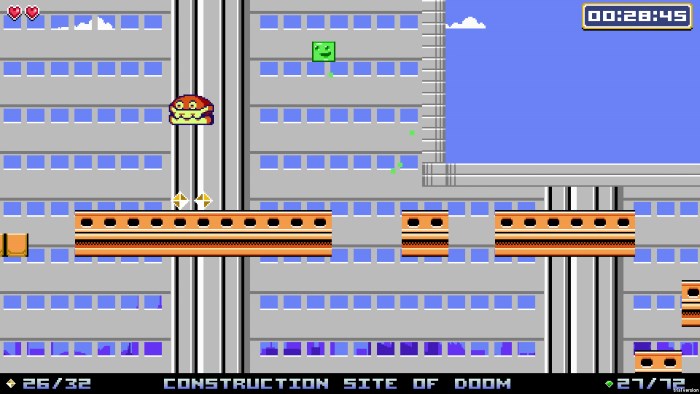 Going back into my childhood, I had some of these systems I mentioned, the Commodore 64 and the ZX Spectrum, and other great consoles, and I instantly thought that the representation in this one was quite accurate, and the same goes for the gameplay. Checkpoints and save features did not exist back in the day days, so if you died, you were often back at square one. It’s definitely a fun ride into gaming history, that’s for sure! The early days of gaming were far more challenging than it is now, and it’s something that newer games should experience.


It’s not just the look of the game that evolves with each system, but the music as well. While I was playing with each system, I was surprised to hear how music had evolved through the years starting with the much-loved chiptune music to the electronic sounds we hear today. The evolution of music has been awesome to listen with each generation. I have really liked the concept of the game’s evolution through the many consoles right up to the modern day versions. 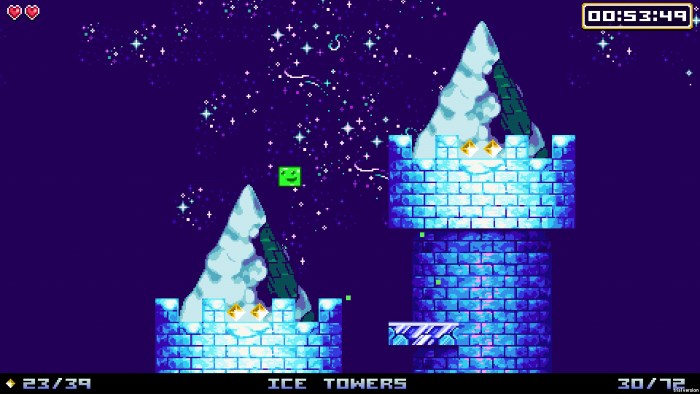 Gameplay wise the evolution remains the same: it’s a platformer with you playing as a tiny little square that evolves and changes color as you move onto newer consoles. Despite the changes, one thing remains the same: the difficulty of the game. It’s not impossibly hard, but it is challenging, and the levels get crazy difficult really early on, but at least all levels are unlocked from the beginning so if you are stuck you can simply move on! Along with that accessibility (which I really liked), the game does require a lot of trial and error for some of its levels, and I can see some players rage quitting at times. 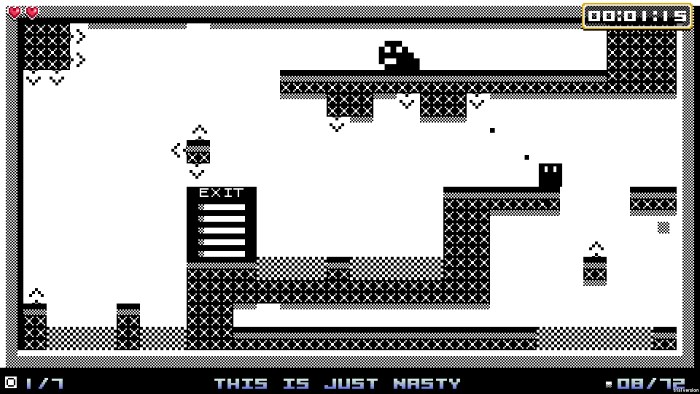 Like in any typical platformer, you will face many obstacles, such as spikes, pits, and other stuff. And every time you die, your death is added to your overall count. Super Life of Pixel is not a game you will complete in a couple of hours, and many levels are mind-numbingly difficult, and will need to be retried dozens of times, assuming your controller survives that long! 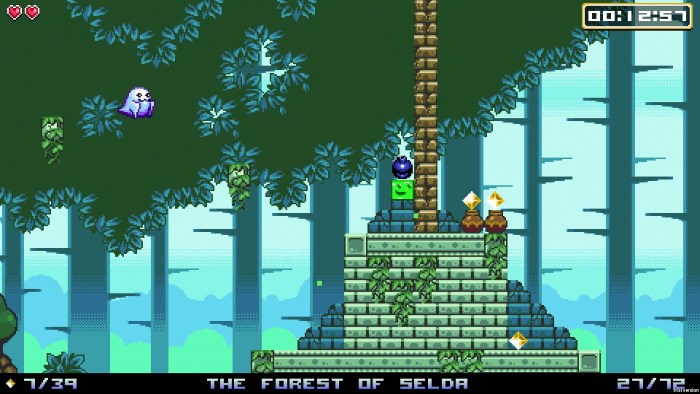 The concept is great, and in terms of uniqueness, I think Super Life of Pixel really does shine on that. There are other games that can mimic gaming through different generations of consoles, but not quite in the same way or as extensively as Super Life of Pixel. The game is a big stand out in a market already full of retro platformers. Super Life of PIxel has a real chance to shine, and for the asking price, it’s definitely worth a look.

Disclaimer
This Super Life of a Pixel Review is based on a PlayStation 4 copy provided by White Moon Games.

Koral Out Tomorrow On Nintendo Switch