Overcooked! 2 has been out for around eight months now, and its a game I praised in my review. Six months ago, we received the Surf ‘n’ Turf expansion, and it’s now time for a new one! Forget your ovens and other luxury, as you are in the wood and must be the best chef there is! Find out more about this in our Overcooked! 2 – Campfire Cook Off review!

Gather round the campfire for S’More Overcooked 2!

It’s time for some camping capers as you take a trek through the forests of the Onion Kingdom. Joining Kevin and the Onion King are four new chefs that are right at home in the woodland kitchens Scout Chef, Bear Chef, Beaver Chef, and the bespectacled Owl Chef.

You’ll need to chop wood to keep the fires burning as you fry up a hearty breakfast, or toast tasty S’mores across 15 new levels set amongst tree-tops and campsites. Fresh levels of co-operation will be needed for the new wearable backpacks that hold the ingredients the team of chefs need to serve the hungry campers. 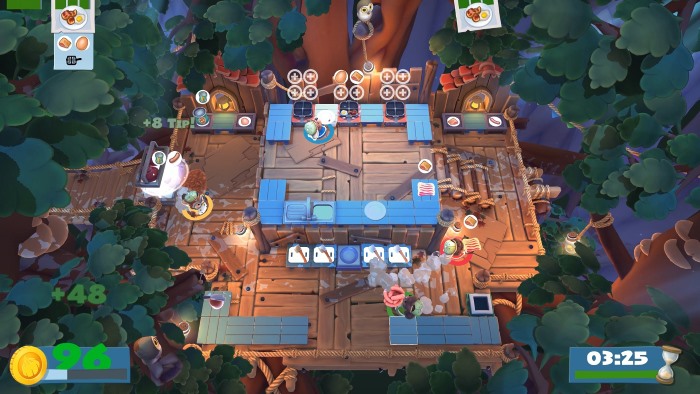 I’ve been a big fan of the Overcooked! franchise since the first game released a while ago. I was surprised by how good the first one was, and the second game built on the strengths of its prequel to bring us an even more complete and fast-paced multiplayer experience. This new expansion of Overcooked! 2 sends you deep into the forest, and you’ll be cooking typical campfire food with the barebone resources of nature.

I’ve already mentioned in my Surf ‘n’ Turf review that the DLC was slightly hidden and not available from the main menu since it is actually slotted under Extras. As was the case for the other expansion pack, you are not required to complete the base game for you to be able to play it. 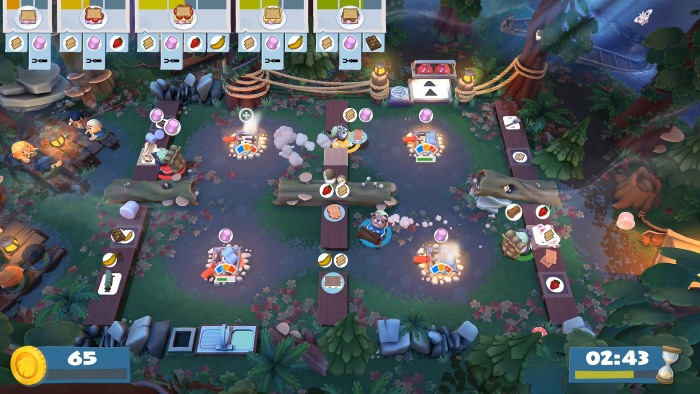 For the Campfire Cook Off expansion, you’ll start by learning that King Onion is back with his idea to raise the Unbread, so right then and there you realize it doesn’t seem he ha learned from his mistakes! This time you are in a forest and must give it your all to be the best chef around. Forget ovens and other tools since you’ll have to chop wood and feed wood to the ever cooling fire in order to cook food!

This new expansion features new recipes, which I thought were really fun to work on, me being a campfire enthusiast. The first one you’re introduced to is the classic S’mores recipe, which needs cooked marshmallows, cookie wafers and sometimes chopped chocolate. Yes, chopped. Food is chopped using axes in this expansion, which certainly added to the campfire feeling!


Since cooking fire is maintained by adding chopped wood, if you want to reach three stars in each level, you’ll have to throw wood into the fire non-stop, and then add the chopped ingredients as needed. Moreover, it was fun throwing food all over the place. Cooking speed will also slow down as the fire dies down, which is why you’ll have to keep the fire properly fueled if you want to give it your all in the kitchen, even if it’s outdoors! 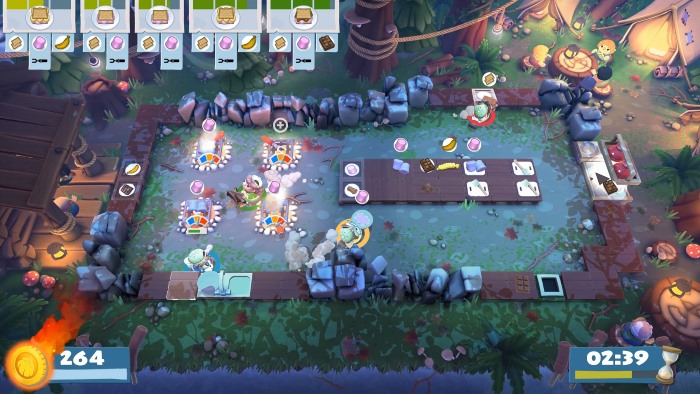 Another feature which adds to the kitchen confusion is the inclusion of a backpack containing one ingredient. Backpacks are worn by players, so they must be chased in order to collect the ingredient they’re carrying. I thought this was another amazing feature for this already intense experience, and I’m sure it’s something that you’re going to enjoy!

As for the presentation, Campfire Cook Off adds a whole new map, new levels, new chefs (mainly forest animals) and even new soundtrack themes. Three game modes are also present in this expansion: Story (classic) which is the one we’re used to, Practice which lets you try the different recipes with unlimited time, and Survival: each dish served adds time to the clock: once the timer reaches zero, its game over.

As expected, Campfire Cook Off was hard but I think it was still slightly more accessible than Surf ‘n’ Turf expansion, and I had more fun playing this one. I think it was as fun as what, to me, is the best expansion so far which was the holiday pack in the original Overcooked! release, which introduced the flamethrower. 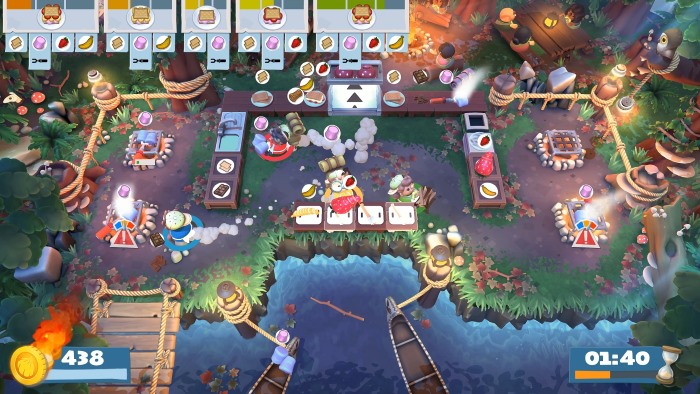 Final Thoughts
Overcooked! 2 is an amazing game, and this expansion builds upon it. I loved the new campfire setting and thought it was a great idea. This expansion has a similar difficulty level as the main campaign, so if you liked that, then you’re in for a threat!

Disclaimer
This Overcooked! 2 – Campfire Cook Off DLC review is based on a PlayStation 4 code provided by Team17.