[PlayStation 4] Our World is Ended Review

Are you ready for a new visual novel on PS4? This one centers on the members of a video game developer, their new augmented reality game, and the potential apocalypse it’s about to bring. Find out more in our Our World is Ended review!


The game kicks off with Reiji, the main character, trying out the New World Goggles, a prototype for Virtual and Augmented Reality, made out of a bike helmet and a cellphone. The headset has been developed by Judgement 7, the video game development company where he works part-time as an assistant. It works with the W.O.R.L.D. Program, which mixes virtual data with the real world. At some point during his tests, a glitch shuts the headset down, and when it starts to work again, Reiji sees the Asakusa district in ruins with team members crucified on the building in front of him. Another headset shutdown eventually brings him back to the real world, with the conclusion that this was probably a glitch in the program. 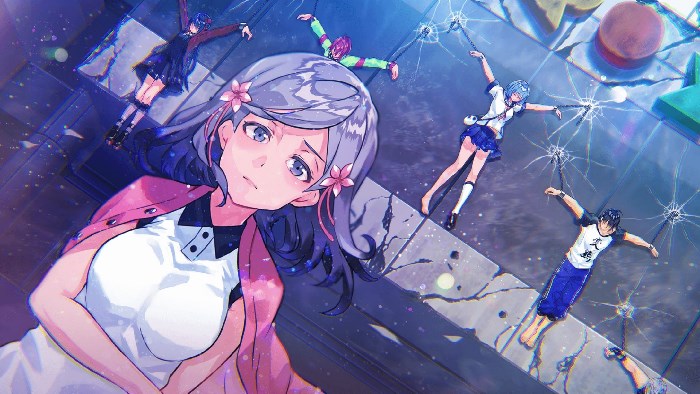 A bit later that day, during a brainstorm session to figure out what their next game will be, the whole Judgement 7 team puts their headset on to try them out, only to end up affected by the same glitch Reiji experienced. The issue is that after trying to leave the district a bit later, Reiji and the rest quickly come to realize there is no way to exit, as they are instantly warped back to a different place in the streets. Moreover, the real world now seems to be mixed with the content of the W.O.R.L.D. Program and their previous games. The apocalyptic visions Reiji had might be but a taste of things to come…

From there, the story will revolve around the team members’ interactions, and how they can save the city. I won’t get into any more details about the story as to not spoil anything. This being a visual novel, there isn’t much to do apart from diving into the story and doing a lot of reading. There are typically two moments where your interactions will be required. The first one is a simple dialog choice that’s presented to you, where you can take your time to choose which sentence you wish to say. 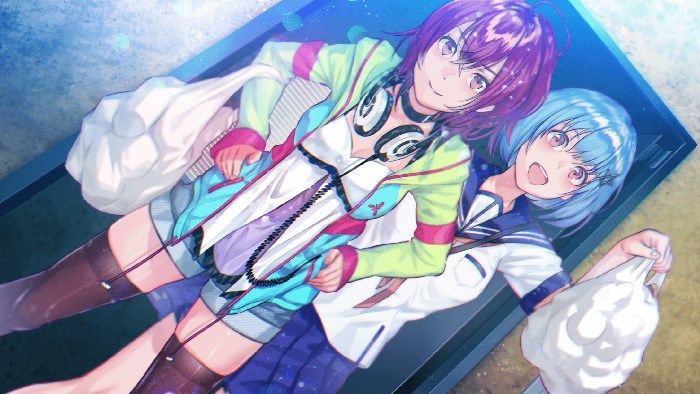 The other type is the S.O.S. moments, which stands for Selection of Soul. In those time-limited moments, you get a screen where different dialog options will pass by. Some will be scrolling from one side to the other, not always at the same speed, some will flash on the screen, and some appear only for a brief moment. You will either select one of the options as it appears on the screen or do nothing, which is also a valid choice. Any of those will give you different dialog options afterwards, and as you probably guessed, this is tied to some trophies for this PS4 game, so multiple playthroughs and/or multiple saves will be required to get through all those.

When the different characters appear on the screen during your interactions with them, you can see the high quality of their drawings, with each of them being overly exaggerated stereotypes that their visual representation clearly identifies. The different areas you will visit, on the other hand, are a bit more faded, with some pastel colors. I found them a bit bland in contrast with the characters, which feel very energized. 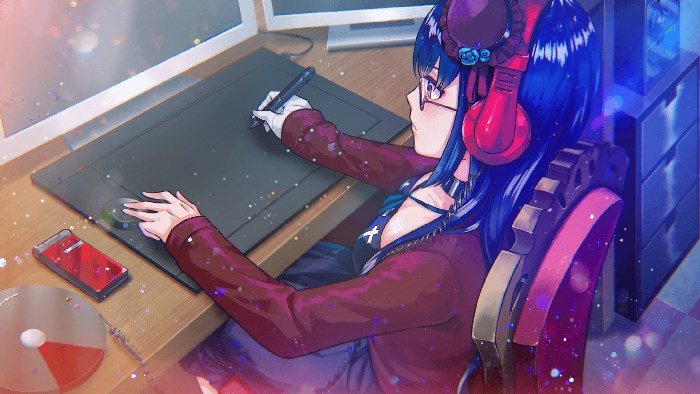 I’m not a big visual novel fan, but the story of this game seemed interesting enough for me to try it, so I went in there hoping for a great story. Unfortunately, what I found is a game that made me feel uncomfortable after playing it for a few minutes, and that feeling never really stopped, it actually got worse. The reason for this feeling is because of the game’s obsession with sex, breasts, and fanservice. One or two lines here and there about these topics wouldn’t be an issue. The problem lies in the fact that you’ll probably get hundreds of jokes on these themes throughout the whole game.

When I was able to actually read stuff that was about the story and not about “mammary weapons” – as they call them in the game -, I was presented with a story that felt for me as if it was trying to cover way too many things, making for some incredibly slow pacing. This made for a main narrative that was hard to focus on, especially when you add the first point I mentioned into the mix.

Trophy-wise, this one will take you a long time to Platinum since it has different endings, many events to experience, and plenty of branching dialogue options, as you’d expect from a visual novel. The rest of the trophies are unlocked by completing each of the game’s chapters, so with a little patience and a lot of time, you’ll get to add one Platinum trophy to your collection. Some trophy hunters decide to skip all text in a visual novel to cut down on the total playing time, so there’s that. 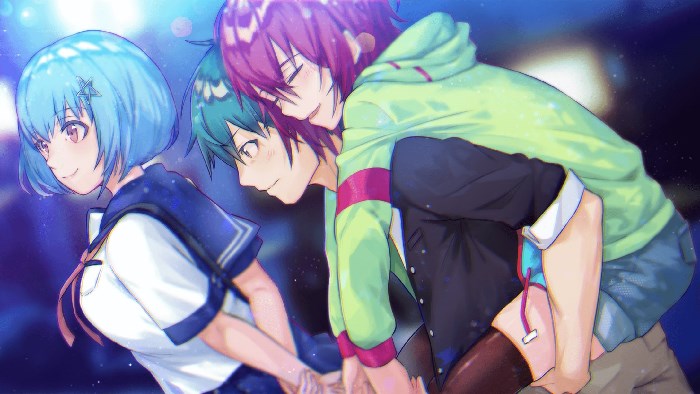 Final Thoughts
I tried to get into this game, but the constant joking on the particular subjects I’ve mentioned in this review ended up getting in the way. If you’re someone who can get past that, there’s a ton of content in this one and plenty of replay value if you want to get the most out of a visual novel with a Platinum trophy. 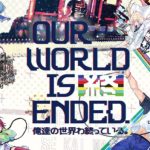 Our World is Ended Review

Visual novel that leans heavily on the fan service

Disclaimer
This Our World is Ended is based on a PlayStation 4 copy provided by PQube.

Lapis x Labyrinth – Now Out On PS4 And Nintendo Switch