Old-school adventure Gate of Doom was resurrected by Johnny Turbo Arcade Classics and brought to current gen consoles. Does it hold up in the modern age? Find out in our Gate of Doom review!

Gate of Doom a is classic multiplayer action RPG for one to two players. Originally released in 1990, and a noted classic arcade title from the 90s.

Gate of Doom was released back in 1990 and had some of the DNA of Gauntlet when it came to its gameplay mechanics, which was definitely a good thing. You pick from four character types including a Knight, a Wizard, a Bard, and a Ninja. They all feel slightly different, but with the limited attack patterns not being different enough, they won’t stand out as much. 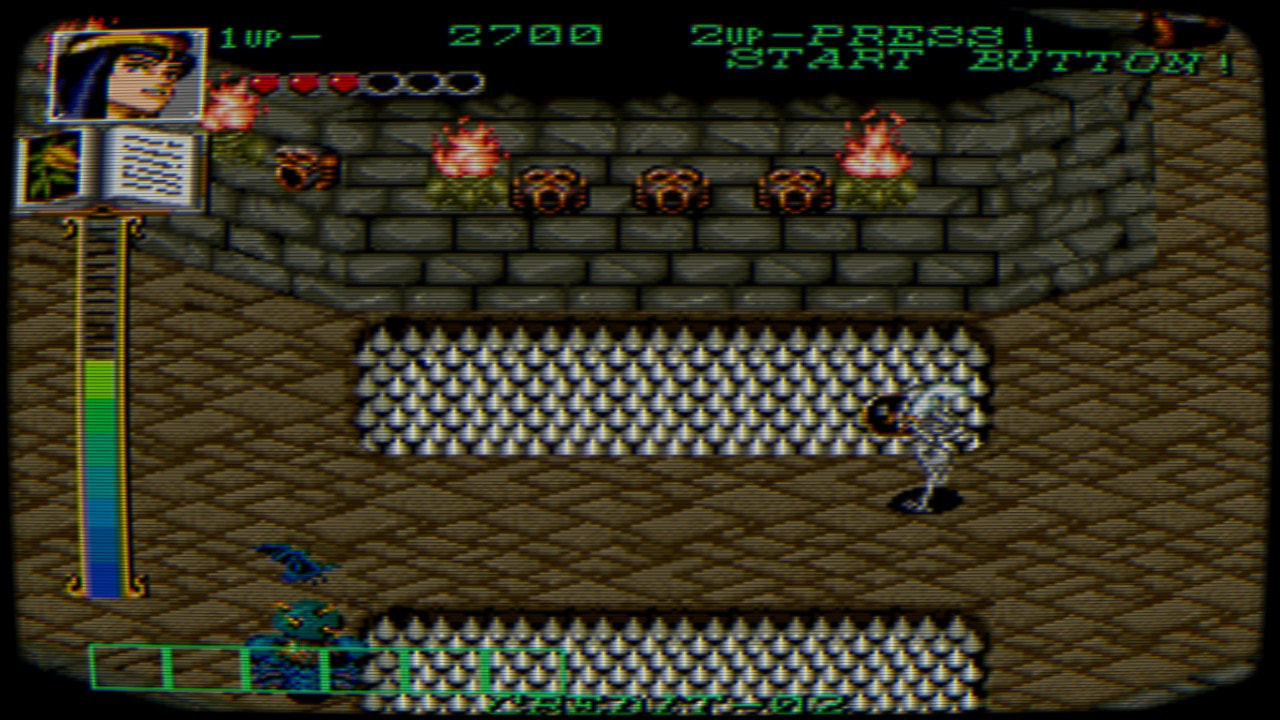 Each character has different attacks and a special move, but there isn’t much variety in it. Your attack is the same every time which can get quite repetitive. While you can do multiple run-throughs with different character classes, it really doesn’t deviate that much from the main formula. The game is obviously taking inspiration from D&D, as you can see from the character and enemy designs, and the areas you will visit. I do appreciate that each area felt very different while playing. The isometric perspective gives a good view of things, making the world feel more open and alive 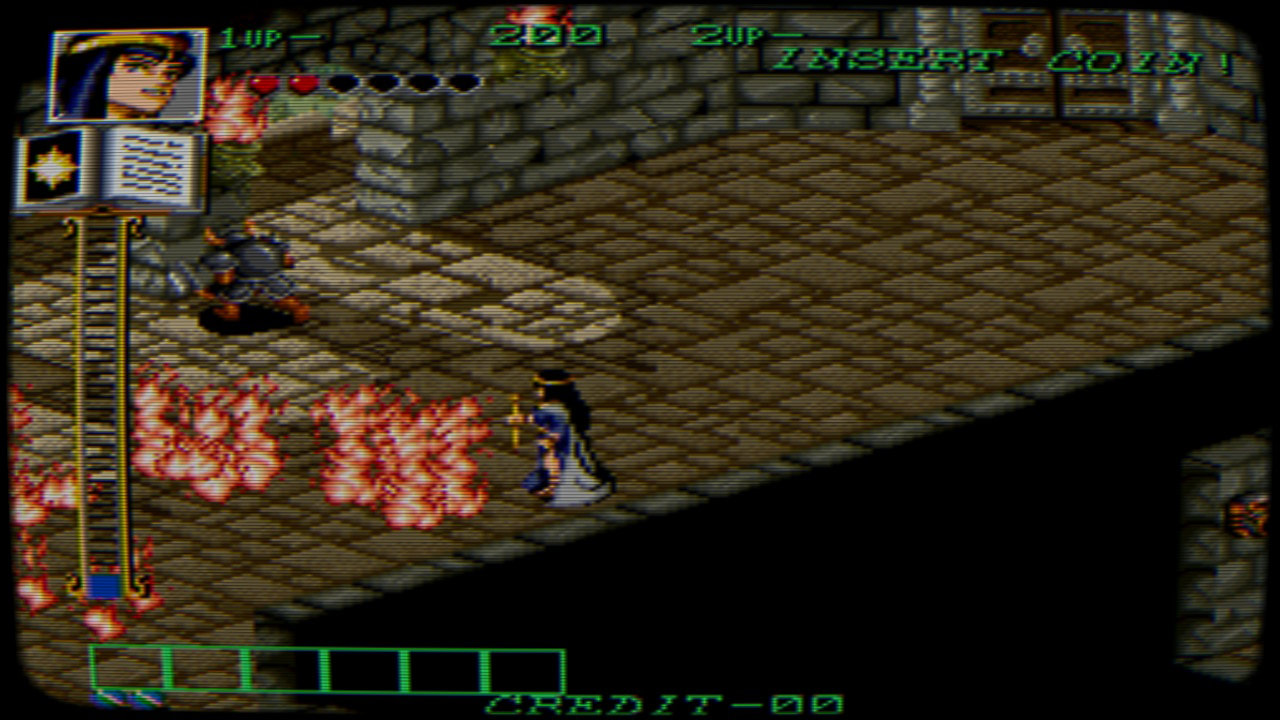 Your goal is to rescue the captured princess and bring her back home safe. To do this, you will trek through piles of monsters and enemies on your way to rescue her. You can tell this game was developed in the coin-up arcade era since the difficulty is quite high, almost to the point of being unfair, designed that way to have you continuously dropping quarters in to continue – something normal for a game from this generation. This being a home console release does mean you can just drop some extra virtual quarters at the press of a button, so it will only take you around an hour or so to complete this one. 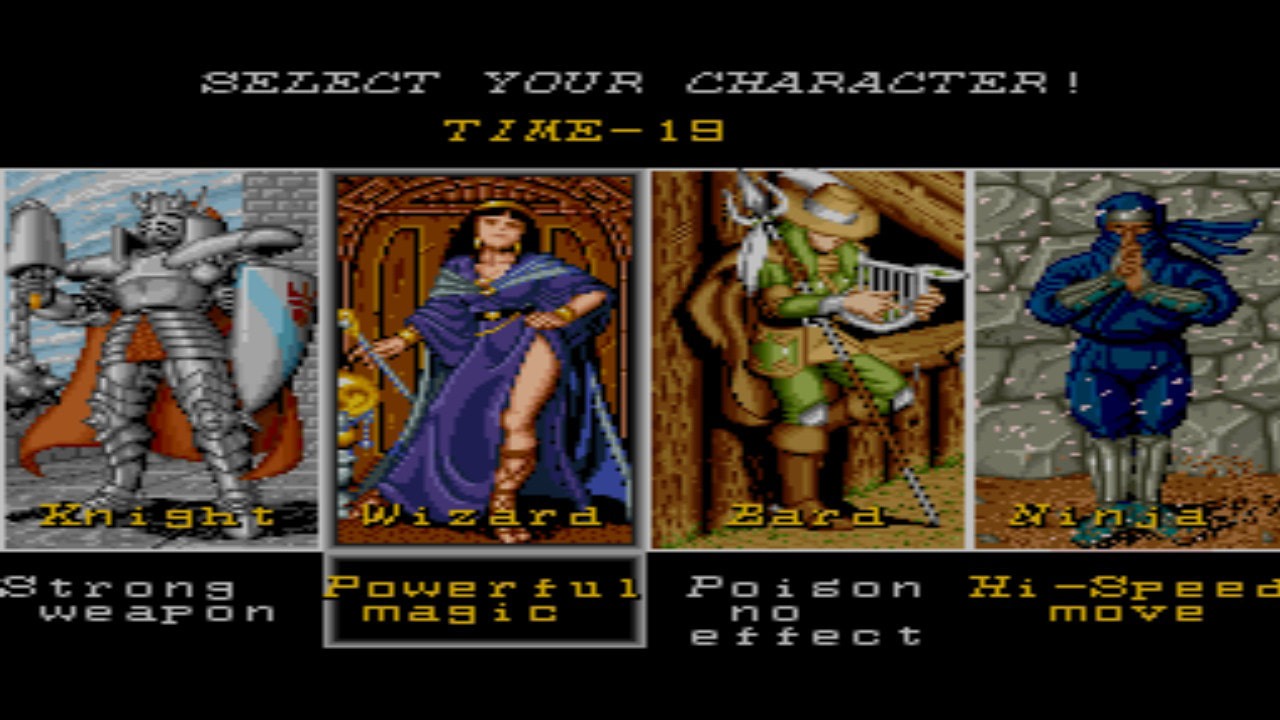 Final Thoughts
The problem with jumping back into a game from a few generations away is that it needs something really special to still hold up in this day and age, and Gate of Doom, unfortunately, feels generic and repetitive as it gets. Combat feels the same no matter what you are doing, an unfair difficulty, tepid graphics, and stilted animations. There just isn’t much fun about it in this day and age.

Disclaimer
This Gate of Doom review is based on a PlayStation 4 copy provided by Flying Tiger Entertainment.

Effie Out Next Week Exclusive On PS4

[PlayStation 4] Our World is Ended Review