The story of Fell Seal goes way back a few centuries before the time in which you’ll experience the game. A giant beast known as The Maw had appeared to bring destruction and chaos to the world. The seven who killed it were the Immortals who end up forming a Council to ensure that peace would prevail.

You take control of Kyrie, one of the Arbiters who are responsible for preserving peace in the name of the Immortals. After witnessing someone’s murder by a nobleman, she brings him to justice, something the noble laughs at, not hesitating to say he’ll be liberated without any consequence. Upon delivering him in the city of Illuster, the Immortal Council calls for a meeting to announce one of the Immortals is stepping down. To replace him, each Immortal will mark an Arbiter to go on a pilgrimage, where the one completing it will be the new Immortal. Upon seeing the noble murderer leaving the city as a Marked, Kyrie starts wondering what kind of corruption is present in her order, and thus begins her quest. 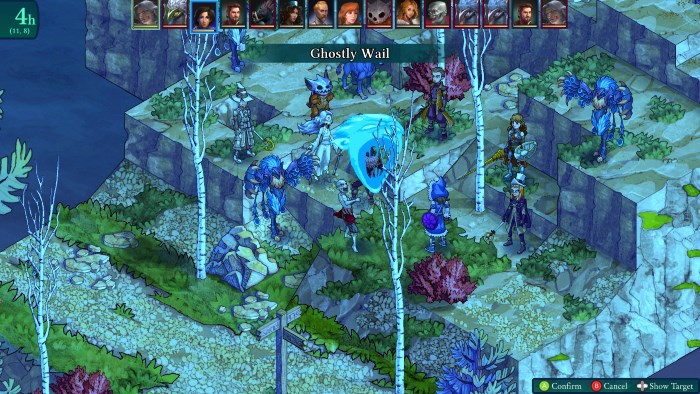 People familiar with the tactical RPG genre will quickly feel at home with this game. Each battle starts with you choosing which units you’ll bring to battle, as there is always a maximum number of spots. Afterward, your units will be able to do two things each time it’s their turn: move up to a certain number of tiles based on their stats, and attack or use one of the skills of their class and subclass. At the end of their turn, you’ll be able to choose the direction they face, which is very important, since an attack from the front, side or back doesn’t have the same impact. The tactical part will really come into play, as you can’t just rush in, you’ll have to plan your moves.


Outside of battles, you’ll have access to the Troops menu, where there’s just as much fun to be had as in the battles. One of the things you’ll be able to do here is crafting. As you complete battles you’ll accumulate random stuff that will allow you to craft equipment or items like potions. Instead of buying items in stores, you actually have a certain number you can use as you fight, that will be fully replenished at the start of each battle. Other than crafting, you’ll obviously be able to equip different weapons or armor pieces on all your units, in an interface that’s easy to understand what can be equipped and with what impact on your statistics. 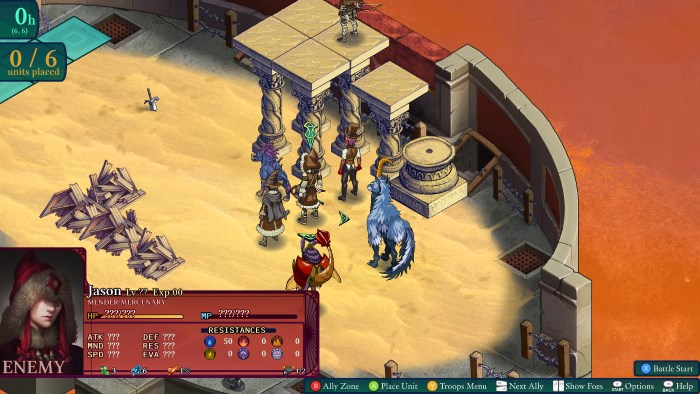 Then there are the classes and abilities. As in Final Fantasy Tactics, you have access to a lot of classes your units can evolve into. You start with twelve, but as you progress and level up some of those classes, which is done by having your unit taking on said class, you unlock additional ones with different skills. Your character will always have access to the skills of its current class, and you’ll also be able to choose a secondary class, which will give you all the skills you’ve learned so far as that class. You’ll also be able to equip some passive skills from any class you’ve learned some from and counter skills. This opens up a lot of ways you can build your units for different styles of play!


Visually, the game has some beautiful hand-drawn environments in battles with colorful characters. The only thing that felt a bit incomplete compared to the rest are the spells. Take the Fire spell for example, where you basically see a small flame circling around the enemy, it felt as if there wasn’t any time left to do some proper spell animations. Other spells like this are pretty much just reskinned to their type (like water), so in the end, it took away a bit of the impact you’d like to see on a powerful spell. 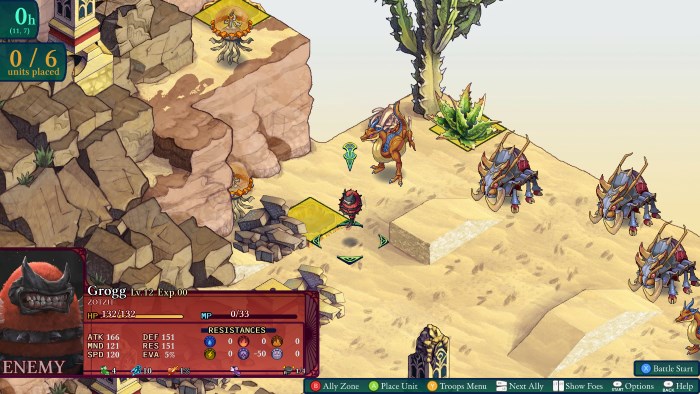 As a kid, I grew up playing through Final Fantasy Tactics many times, and even though a lot of great tactical RPGs were released over the years, I never played one that felt as good and fun as Final Fantasy Tactics. That is, until now. Fell Seal is the game that fans of classic tactical RPGs have been wanting to play for years. The story is captivating, and even though corruption is a theme we’ve seen before, it’s presented with an interesting twist that really makes you want to dive in the story.

Then there’s the combat that feels rewarding when you win a battle. Since not everyone is a seasoned veteran of the genre, the team has put a couple of preset difficulties into place to accommodate those new to the genre as well as those with more experience, and you can actually start from one of those presets and change a couple of settings to customize your experience. And the fact that you can pretty much pick and choose all the skills you unlock from the different classes, you’ll have access to a lot of combinations. 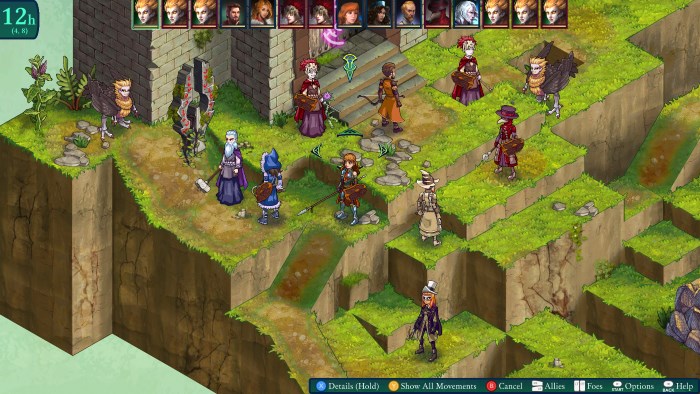 As for the trophies, if you’re into the game, you won’t have a difficult time reaching for the Platinum trophy. There are a few story-related trophies, some related to mastering the different classes, and a few miscellaneous objectives here and there that shouldn’t pose any challenge.


Final Thoughts
Fell Seal: Arbiter’s Mark is an incredibly good tactical RPG and is actually the best game I’ve played up until now this year, all genres included. It brings back the classic feeling of the genre, yet adds its own spin for some originality. If you’re a fan of the genre, this title belongs in your library!

Disclaimer
This Fell Seal: Arbiter’s Mark review is based on a PlayStation 4 copy provided by 1C Entertainment.