Blast into the future with an updated Fast Striker! Can you Shoot’em up and get the high score while saving the universe? Check out our Fast Striker review!

Fast Striker is a game that released on the Neo Geo and the Dreamcast many years ago. It’s now been brought to the PlayStation 4 via the PSN with a small upgrade. The game is going to play on the nostalgia of Shmup fans. If you’re a fan of the genre, then you’re likely going to get some mileage out of this title.

But before that, some things you should keep in mind. While the game is an older game and was initially released on the NEO GEO and the Dreamcast, it was an oddity coming out years after those systems had pretty much sunsetted. The game was designed to be a retro homage and was probably released right around when we started seeing the trend of new retro games, but instead of releasing on current gen hardware, it came out on older systems. It’s an interesting piece of history! 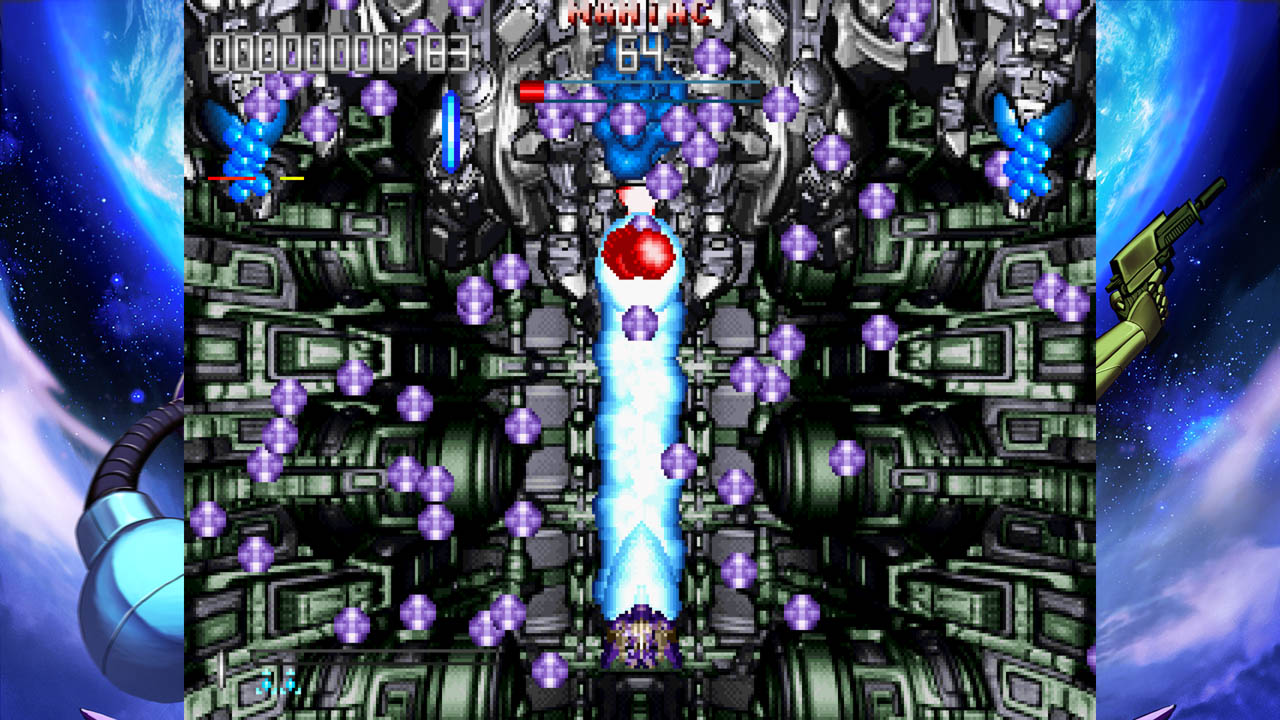 As far as Shmups go this is not a complicated one. You use the X button to shoot, the Circle button allows you to gain some invincibility for a brief period, and the Square button will shoot behind you. You can hold the main attack button to charge it up and then let out a bigger blast, but I didn’t find myself using that too often. I was a bit surprised due to the lack of powerups in the game since those are usually a constant element in shoot ’em ups. This was not a deal-breaker since I did have fun with the game, despite there not being any power-ups.

One of the things I liked was how difficulty affected the scoring system. As with most Shmup, this game is all about chasing a high score, this game will give you the feeling of leaning over that arcade cabinets as you put quarters in trying to achieve a high score. One of the difficulty modes rewards you with more points if you get in closer to enemies, instead of picking them off from a distance, which certainly changes the way you approach the game. 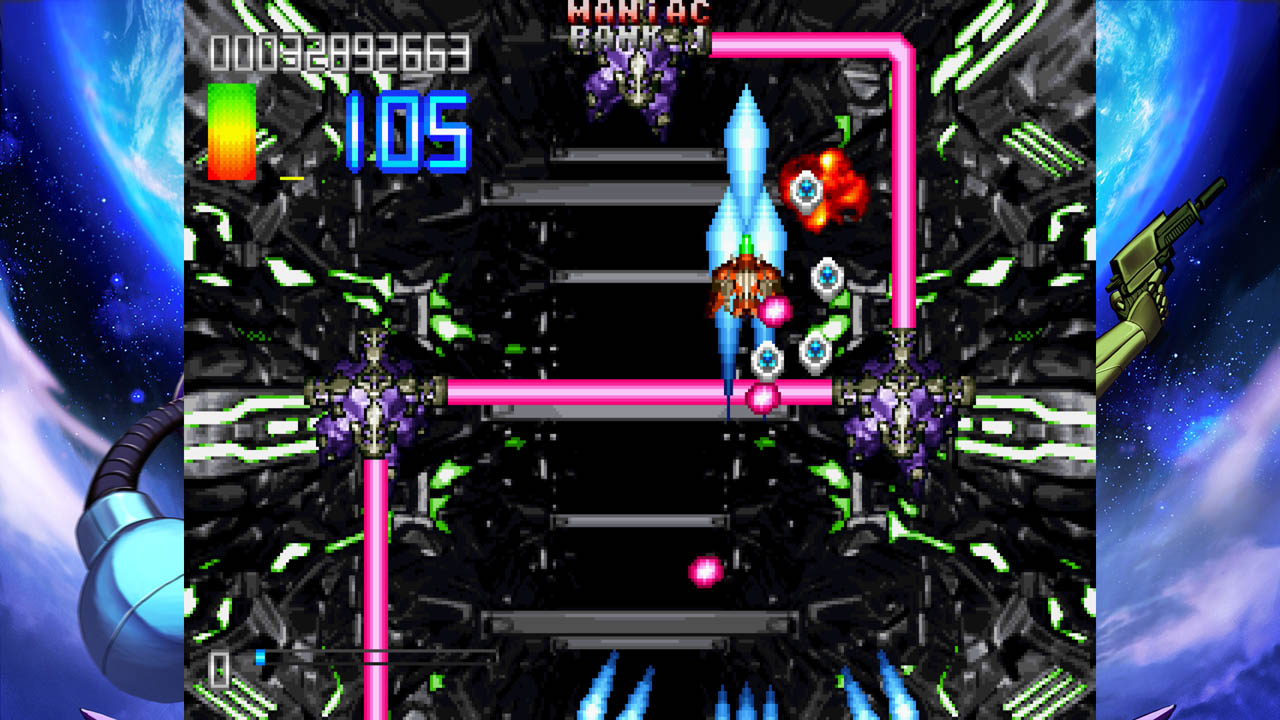 I loved the game’s Neo Geo inspired graphics, right down to the colors I would expect to see in a release on the system. They did a great job of replicating the game’s that came out during that era. I never had a Neo Geo – because the console was prohibitively expensive -, but I did manage to play a lot of the games in their arcade versions, as well as on newer consoles thanks to the great emulation efforts of a few companies. I also dig the game’s soundtrack a lot, with its electronic pulsing beats – you’ll probably find yourself taping to the beat as you save the world! 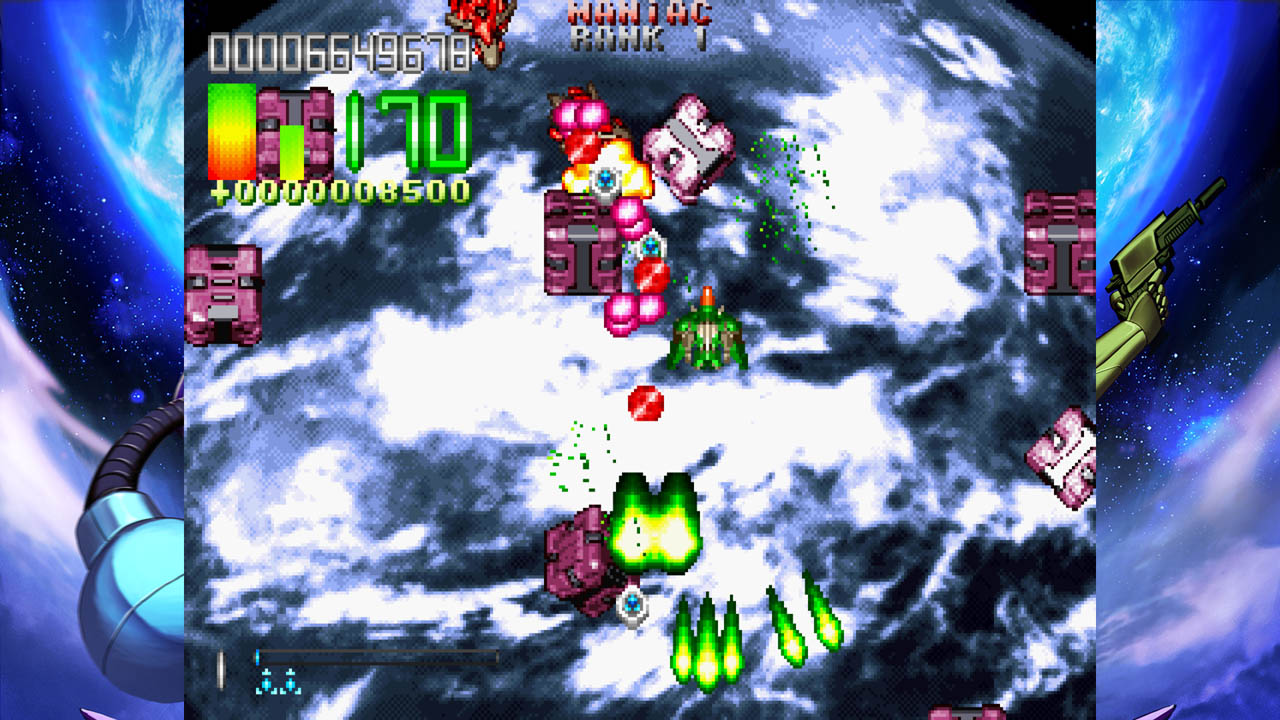 Fast Striker is a fun Shmup and a great pick up and play release you can take on in short bursts or longer runs. The game is a nice homage to the classics of the genre, and while it does not innovate, it does entertain. The replay value lies in aiming at getting a better high score during subsequent runs, which might not be enough to keep the interest of some gamers in this day and age, but it didn’t bother me. It offers a solid experience that brings an old-school infused release into the 21st century.


Disclaimer
This Fast Striker review is based on a PlayStation 4 copy provided by eastasiasoft.