Fade to Silence brings the survival genre into the cold of winter, where the environment will become yet another thing to fear if you wish to stay alive. Come read our Fade to Silence review to find out more!


The story kicks off with Ash, your character for the game, and an evil spirit speaking to him, saying it won again but that it’s not finished with you yet. As you escape from the crypt where this spirit has seemingly brought you back to the living, you get to your camp that’s ravaged by flames and monsters. After cleansing the place, you get to see your daughter back and quickly get back to the essential; surviving.

At first, your objectives will be pretty simple. You’re in the midst of an endless winter, so you need to go out there to gather some wood to heat yourself and some food to eat. You play from a typical third-person perspective, and the world is yours to discover so you can just go out there and explore. You’ll occasionally encounter monsters to fight, which you’ll do in what I’d call a trimmed down and clunkier version of Dark Souls-like combat, where you use up stamina for your light and heavy attacks as well as for dodging. Amongst this, you’ll be discovering more and more of the map, with zones controlled by the monsters that you’ll have to clear out by approaching a certain monster to cleanse it and free the zone. 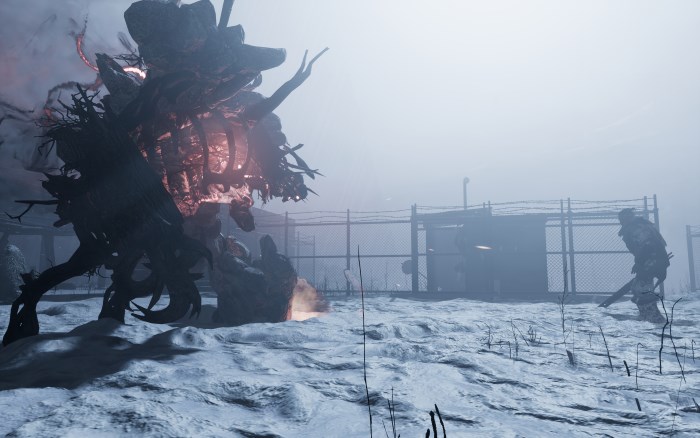 While the monsters are a threat, the survival aspect is an even bigger one. As you play, two meters will slowly fill up to cause you some trouble. The first one is for your hunger. You’ll have to eat every now and then to make sure you don’t starve, or else your health points will gradually go down. The other one is related to your body temperature. Staying too long in the cold will affect you, so you need to find some shelter where you can start a fire and get some rest to bring your body temperature back up.

Then there’s the whole crafting aspect of the game, that’s a bit limited, to be honest. As you gather materials, you’ll have access to a few things you can craft like torches or an axe to chop wood, but the selection of things to craft is far from being as large as in a game like Fallout. Your resources will also be used to craft, or should we say build, some buildings at your camp – huts to provide shelter or places where people with specific abilities will be able to provide help, like a butchery to process food or a place to cut wood. 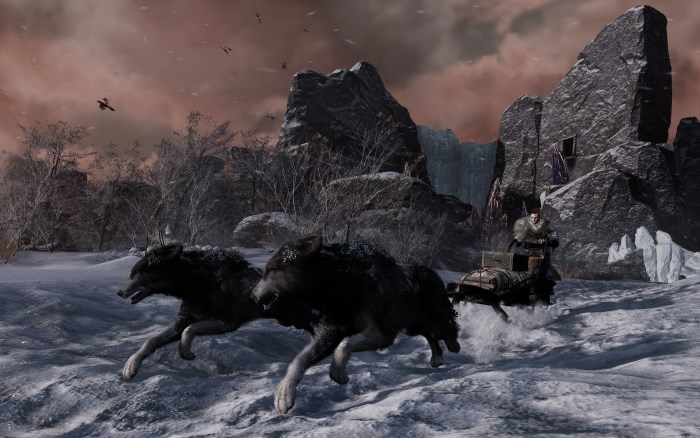 The people that will be able to help you in those specific buildings are other survivors that you will find as you explore the land. When brought back to your camp, they’ll assist you in those buildings, and you’ll also be able to send them on expeditions to gather food and materials. This is a welcome addition to the game when you gain access to them because otherwise, you would always have to come back with food and wood for the people in the different buildings.


I liked the visuals of the game, even though it is mostly just snow. The forest, mountains, and occasional civilization signs (like a Stop post out of nowhere) all blend perfectly in that eternal winter and are nice to watch. There’s one thing I quickly grew tired of though: Ash’s shivering when he gets a bit too cold. I get the idea that he’s freezing and that it’s cold, but the repetition of the same sound over and over again can get annoying after some time.

Now a question that’s been boggling my mind ever since I’ve played this game: who maps jump to the R1 button? Jokes aside, it’s one of the weirdest configurations I’ve played with, and it didn’t feel intuitive at all. 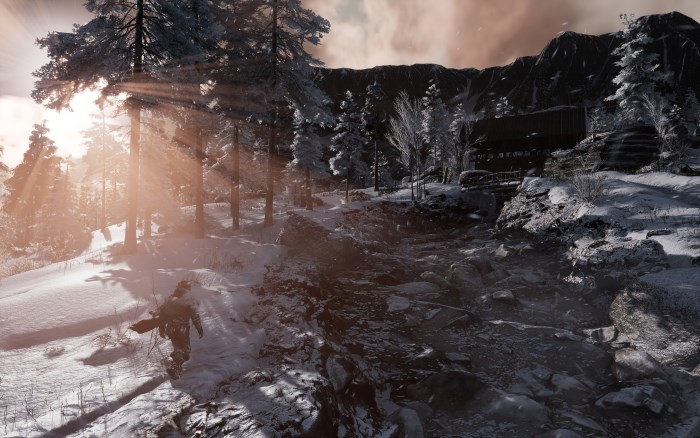 Other than that small complaint, it’s really weird because I feel as there are a lot of good elements in the game, yet nothing blew me away enough to make the game stellar. When you’re doing all you can to survive, you need a purpose or a goal to keep you going, and most games will give you something through a story, a plot, or something. In this game, you vaguely get bits of information here and there, either when you rest at a camp or when you die, so the story is not a reason to push forward for all that wood and food gathering.
The combat is a bit stiff at times, but honestly, that didn’t impact me that much since the core aspect of the game is truly the survival one. The temperature aspect is something I really enjoyed, as it brought a bit more than the traditional food aspect, as it was not just a matter of keeping enough food with you, you had to make sure a shelter was close if you started freezing out.

The game has two difficulties even if it’s a survival game, and that also left a bitter taste for me. There’s the Survival difficulty, which is the true version you’re supposed to play of the game. You’ll have six lives to spare before being truly dead, where you’ll be able to choose a bonus to carry on for your next playthrough, but you’ll lose everything else. The other difficulty is Exploration, where you get none of those bonuses since you have unlimited lives, and no trophies. 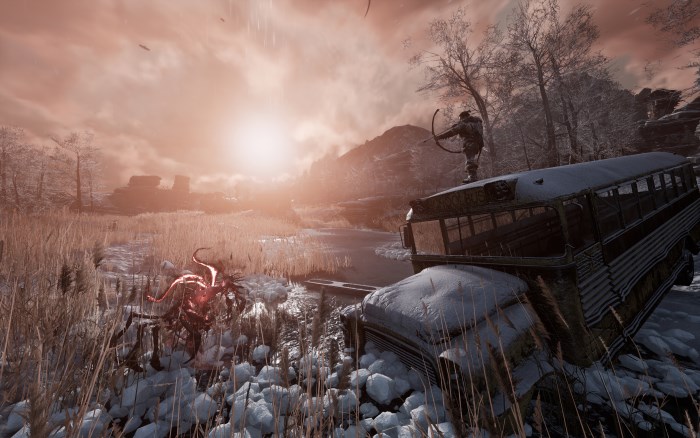 Yes, you read that right, Exploration difficulty just simply locks you out of all trophies. So if you intend on playing for the platinum, you have to do some true survivalism. The trophy list is surprisingly simple all things considered, as it will be mostly about exploring everything, gathering all the followers for your camp and a couple of simple things you’ll be doing pretty early in the game.


Final Thoughts
Fade to Silence is so close to be an incredible game. With a story a bit more narrative, it would have what it takes to justify all that exploration, crafting, surviving, and would make you forget about the reduced crafting options or weird R1 jump mapping. But if you like survival games and wait for a big sale, you’ll probably be pleasantly be surprised with this one. 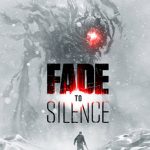 Winter survival with potential for improvements

Disclaimer
This Fade to Silence review is based on a PlayStation 4 copy provided by THQ Nordic.

Have we Missed the Boat on a Great GOT PS4 Game?