My Big Sister is the latest PS4 and PS Vita release from Ratalaika Games and Stranga Games, and this time we’re getting a horror game. Learn more in our My Big Sister review!


This is a double review for My Big Sister. Ceidz and EdEN played the game, and this review presents what they both had to say.

My Big Sister is a horror adventure that places you in control of Luzia, a sarcastic girl that is twelve years old. She might even say that the game’s story is not about her, but about her sister, Sombria. There’s not much else I can talk about in this review regarding Luzia and her sister Sombria, as this would end up spoiling the experience for you! I’ll mention that things are very much, not what they seem to be, and there are some interesting twists and turns in the story for the game. 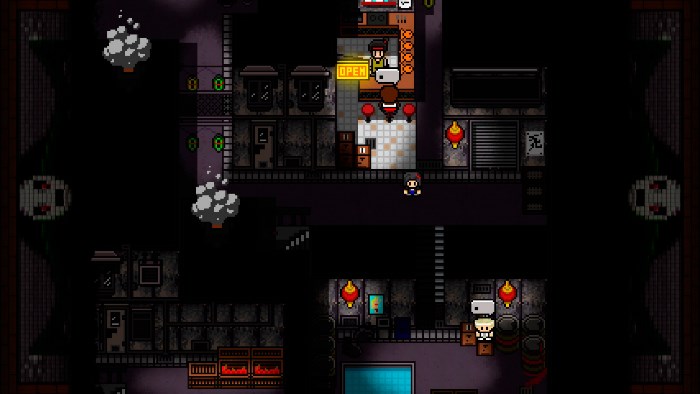 The controls for this indie game are very easy. Your character moves with the left analog stick or the D-Pad and can do an action when you press on the X button. Your inventory can be opened when you press the Triangle button. What could seem as for the most important thing you can do in this game, is pressing the Circle button to run, since this is a horror game. The reality is that running will only help to speed up things so that you don’t spend as much time walking from area to area, as there are no monsters to run from – for most part of the game at least!


As you interact with other characters, you will learn a bit about what is going on in each of the areas you visit. You will also obtain some items which you can use to solve puzzles. I don’t want to spoil the game, so I will only mention the first puzzle you will find in the game. You will be in a marketplace, and after talking to a lady in one of the stalls, you will learn she’s missing a key. You will then interact with an older man in another stall south of the first one, and after he kindly gives you a bowl of noodles (because you’re hungry), you will get to keep the pair of chopsticks you used to eat them! This is important because the chopstick can be used to get the missing key that fell inside of a cage close to there! 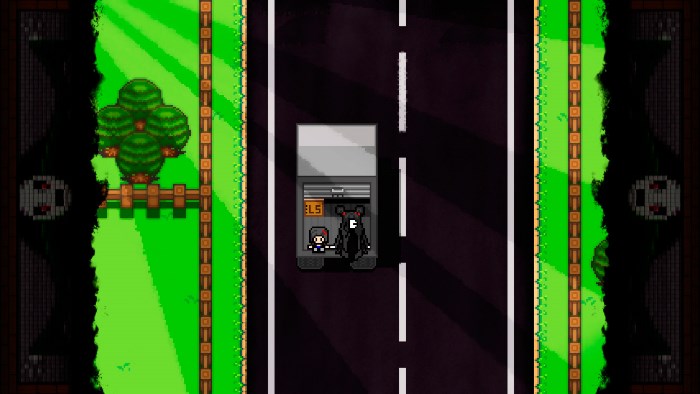 I really liked playing My Big Sister on PlayStation 4 for this review. The game is presented in 16:9, with the action taking place in the center of the screen inside of a 4:3 playing area with some creepy borders on the side, but hopefully this doesn’t make you skip this one since I’m sure you will like the story!

My Big Sister is horror adventure release not intended for young players, and My Big Sister lets you know right away by presenting this disclaimer as soon as you’ve selected your language: “This game contains scenes of graphic and disturbing nature, as well as inappropriate language.” This sets the mood for what you can expect from My Big Sister which, granted, is not a straight up “rated M for Mature” game, but it’s certainly a hard T for Teen – the label states this is due to violence, blood, use of tobacco, and language. 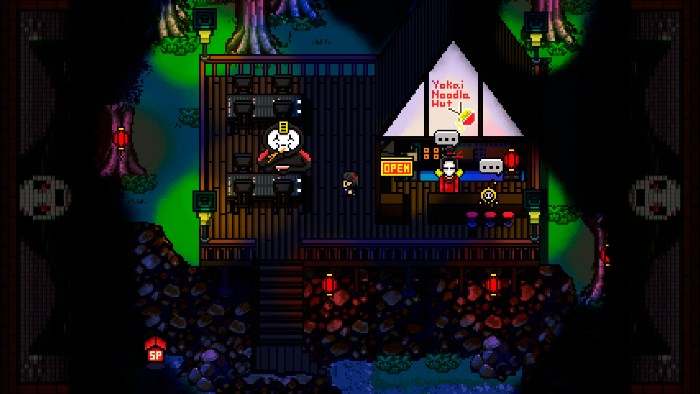 What you will spend up doing during most of your time with My Big Sister is reading all the text for the conversations between Luzia and the other characters you will meet, as well as between Luzia and Sombria. There are some mysterious conversations here and there that will foreshadow what you can expect from during the second half of the game, so as long as you pay attention, you will slowly but surely understand why Luzia is the way she is, and how Sombria ended up in her current… predicament.


Along with reading, and reading, and then reading some more, you will visit small self-contained areas for each chapter in the game, pressing the X button to interact with things to try and find some items that can be useful for solving the puzzles you will face here and there. None of the puzzles will be too taxing, as they mostly involve finding the right item to open the way to a new spot of an area, or collecting an item that another character might be needing or has somehow missed. 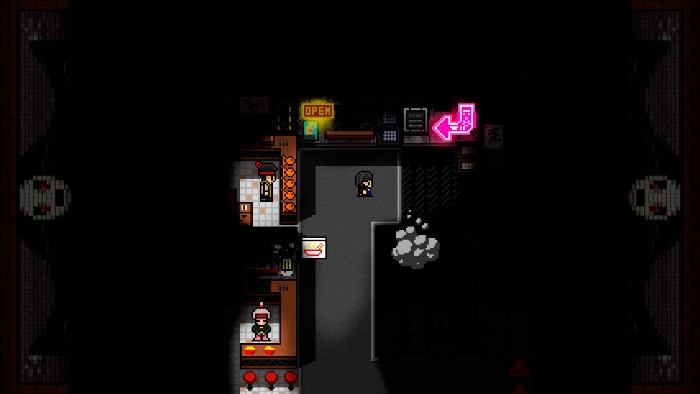 I’m happy to report two things for trophy hunters out there. First of all, My Big Sister has no missable trophies since it has a chapter select option. The second good news is that you could, in theory, get the Platinum trophy for the game in little over an hour and change. The catch for this is that you would need to use a trophy guide, and you’d also need to skip all text in the game by pressing the X or Circle buttons as needed, which is not something I would recommend. So if you want to get the Platinum and experience the game’s dialogues and story, you’ll be spending around 2-3 hours tops playing My Big Sister.

In the end, we both liked what bite-sized horror adventure My Big Sister tries to do on PlayStation 4 and PlayStation Vita. It offers a dark story, some quirky but interesting characters to interact with, mild puzzle solving that won’t get in the way of your enjoyment of the game. It’s a budget game that offers cross-buy so that if you buy one version, you will automatically get the other one for free, and each version offers separate trophy lists so you could end up getting two Platinum trophies for your collection!

Disclaimer
This My Big Sister review is based on PlayStation 4 and PlayStation Vita copies provided by Ratalaika Games.

The House in Fata Morgana Gets Physical