[Beyond PlayStation] Saints Row: The Third – The Full Package Review

Many years have passed since the Third Street Saints took Stilwater. The group has gone way past being a street gang to become a brand, thus allowing them to venture into releasing branded energy drinks, sneakers, and even bobbleheads. Things are good for the Saints, that is until The Syndicate, a criminal fraternity with activities all over the world decides that the Saints have gotten too big and that they are required to pay tribute to The Syndicate. As you can imagine, the Saints are having none of that, and thus war begins, with the action now taking place in Steelport. 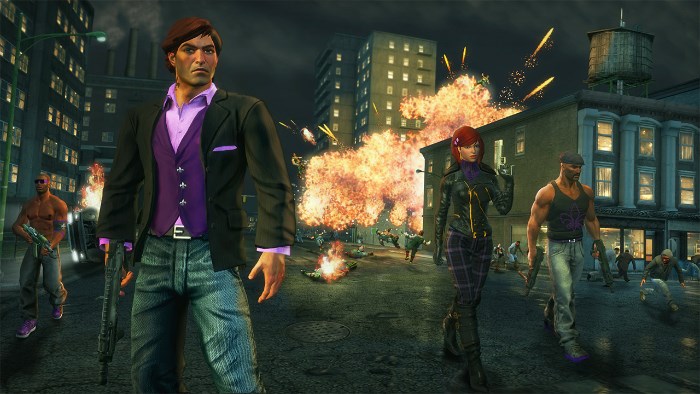 For those of you unfamiliar with the Saints Row series, imagine that you take on an open world sandbox game that at moments reminds you of the Grand Theft Auto (GTA) series… if GTA was an over the top comedy with quirky, crazy fun scenarios that might, for no reason, involve a giant purple d**do as your weapon of choice. Sure, you also have a good variety of guns to use, and you also have some melee attacks for close range combat, but the game shines when it dives into its sparkly, gleeful, charming, and all over the place nature.

The game’s intro will set the mood for what you can expect from Saints Row: The Third. Between the way, the story is set up, and the funny stuff you will see right before your first mission, you can tell you’re going to have a good time. But before you get to it, you can also select the difficulty level at which to take on this action-packed game, either in Casual (You like to kick ass at your own pace), Normal (You like it the way it was meant to be played), or Hardcore You like to feel the rush of danger) mode. 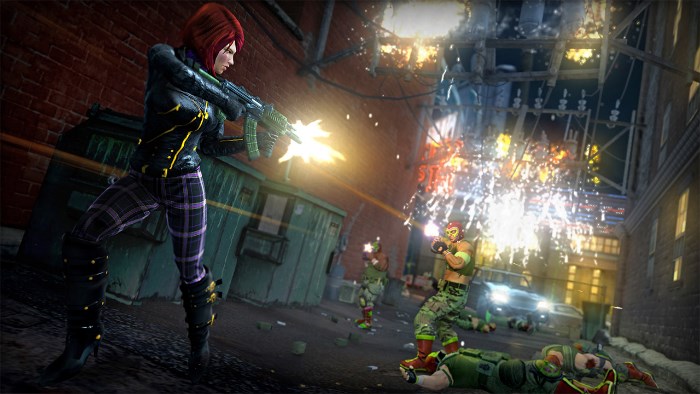 There are some nice customization options in the game, and you can tailor your character’s look. You will get to customize your characters once you’ve completed the first tutorial mission in the game and can select between male and female characters as your template. After this, you can select your character’s sex, race, body build, skin color, and tone, if you want to add some tan lines, age effects, sex appeal, features on their face, hairstyle, facial hair and eyebrows, make-up, voice, and more. 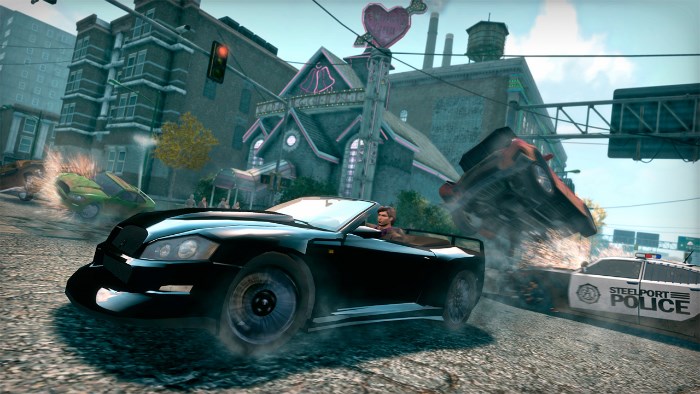 And once you get access to a new crib at Steelport, you’ll get access to a ton of customization items thanks to all DLC packs becoming available in one go. Want to dress up as a luchador soldier with a pair of space-age boots? Sure, that’s an option. Wearing samurai armor with werewolf gloves and no underwear more up your alley? Go for it! You want to rock some Z style pimp glasses with a bowler hat, witch bots, and a move serial killer jumpsuit? The sky is the limit for this one! You can also purchase a ton of extra accessories and outfits, so there are thousands of potential combinations.

After jumping out of an airplane, falling through the air as you kill the enemies that are attacking you, you end up in Steelport and, as you quickly find out, Stilwater it ain’t. The Syndicate and the three gangs that control Steelport – Morningstar, Deckers, and Luchadores – don’t like The Third Street Saints one bit, and after hacking into their accounts and draining them completely, it will be time to start over. First up you will need to find some weapons, so of course, you’ll go and try to hit up the city’s weapon stash. 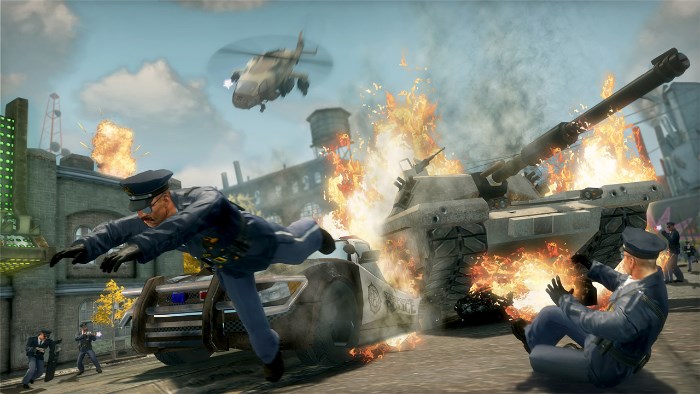 Once you’re out in the city, there are a ton of things for you to do! Along with the main missions that will help to keep things moving towards the eventual conclusion of the storyline, there are also collectibles to find, rival gangs to kill so that you can take over their turf, real estate to purchase to increase your presence in the area, your extra income o the side, as well as obtain other special perks, weapons to purchase and upgrade, missions in which you need to hold your ground, and more.

The game also features a level up system for your character to grow based on its actions. The objectives you complete and the actions you perform will end up rewarding you with respect which acts as the game’s experience points. The more respect you get, and the bigger your combo multiplier, the easier it will be to level up and unlock new stuff for your character. I suggest that you make the most of your time behind the wheel since you can get a ton of respect by driving the wrong way as you nearly miss crashing into oncoming traffic. 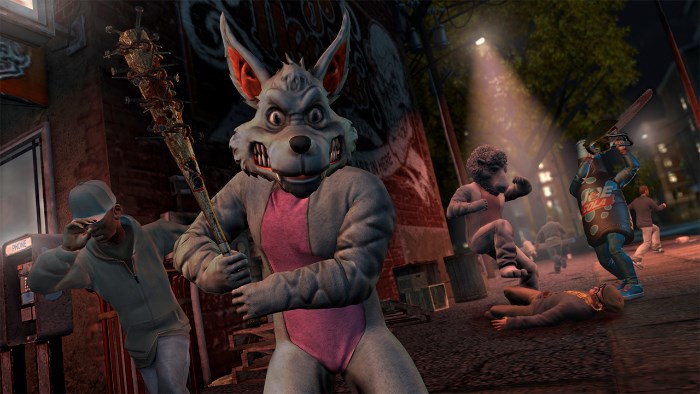 You can also make good use of the upgrades menu, which you can access by pressing the – button, to purchase some upgrades for your character and your gang. You can, for example, purchase an ability so that your notoriety (the stars you get when you manage to get into trouble with one of the rival gangs or with the police) goes down faster, a boost to your sprinting ability, a boost to your health regen, a boost to your overall health, improvements to your ammo capacities, boosts to your followers, bonuses to your hourly city income, and more. The higher your character’s level, the more stuff will be available for you at the upgrade menu, which is why respect is so important in the game. 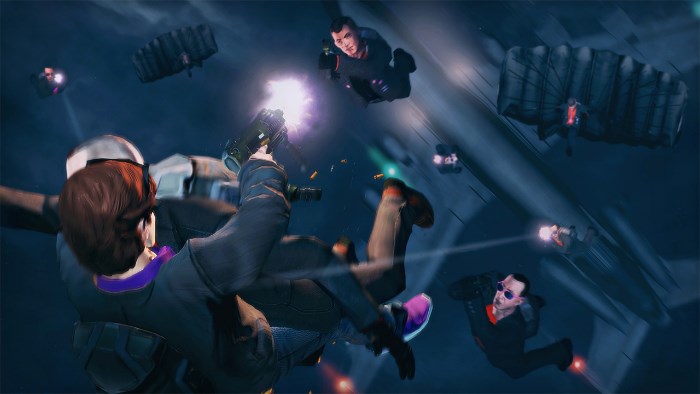 Saints Row: The Third – The Full Package on Nintendo Switch really is the full package. This edition includes the main game, as well as all extra DLC previously released for the game, which means you’ll get three mission packs and over 30 DLC items to use. This is not a short game, so your $39.99 purchase will provide you with dozens of crazy and quirky fun. Are you ready for it?

Disclaimer
This Saints Row: The Third – The Full Package review is based on a Nintendo Switch copy provided by Deep Silver.

Evil Defenders Out Next Week