Rollin’ Eggz is an all-ages arcade-style release on Nintendo Switch from Square Heads Games and GrimTalin. Learn more about it in our Rollin’ Eggz review!


In Rollin’ Eggz you will be tasked with catching the eggs that roll down from the chickens that lay them. You will use the left analog stick to move the arm of the character in the center of the screen to collect each egg before it falls down. If you can collect a golden egg, then you will gain an extra life. Rotten eggs must be avoided because if you collect one, you will actually lose a life. 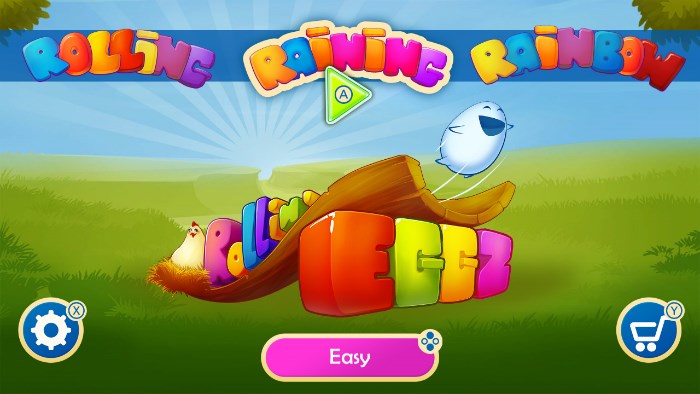 When you notice a ladybug walking by at the bottom of the screen, then press the button shown on top of it so that all chicken give you either rotten or golden eggs for a short period of time. Activating the snail, in the same way, will slow down time so that you can move around before an egg falls. If you’re feeling adventurous, grab the flash egg so that everything is sped up, which will also make it so that you get double points for all eggs. Collecting a bomb will make all eggs explode, but you won’t get any points for them. 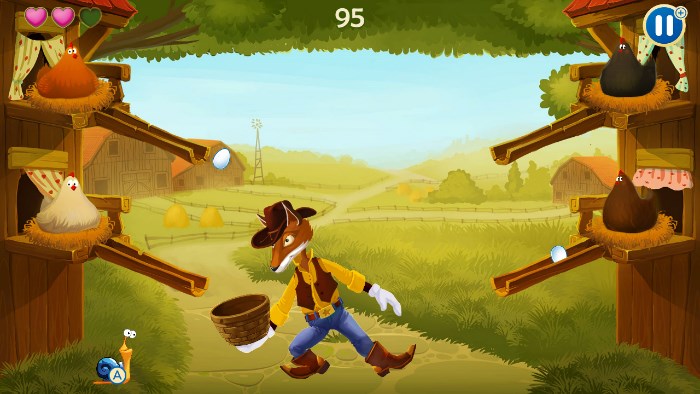 If after reading this you’re thinking of Game and Watch classic Egg, then you’re certainly old enough to have kids, which means you’re the target demographic for this game. The basic gameplay premise is the same, except that this game has a colorful presentation with animated characters, three gameplay modes, one character available from the start, and two more you can unlock by spending your coins – Terry and Maggie. The three game modes are Rolling (which I’ve already explained), Raining, and Rainbow. 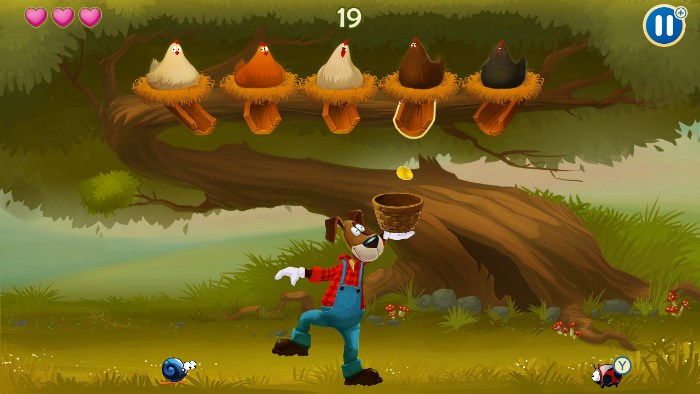 For Raining there are five chickens above you, and that means there are five lanes to take care of instead of the four from the Rolling mode. The layout also changes how you approach the game, since you will only need to move your character’s arm left or right instead of left, right, up, or down. Since there are more chickens, and sometimes you won’t be able to move to the outer lanes if you try to move one lane at a time, you can use the L and R buttons as shortcuts to make it to the end of each side. You can also press up to have your character instantly move to the middle lane. 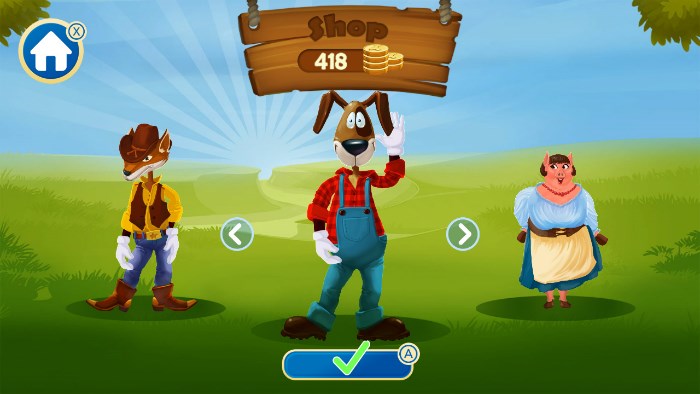 As for Rainbow, you will have the same layout as for Rolling, except that this time you will need to collect only the eggs that match the color shown by the big circle in the upper part of the screen. Once you’ve collected one colored egg, the next color, which is first shown in a smaller circle next to the larger one, will be the one you need to catch, and so on. As expected, there will be more than one egg coming down through each of the lanes, which is why you will need to pay attention to the color you do need to grab. 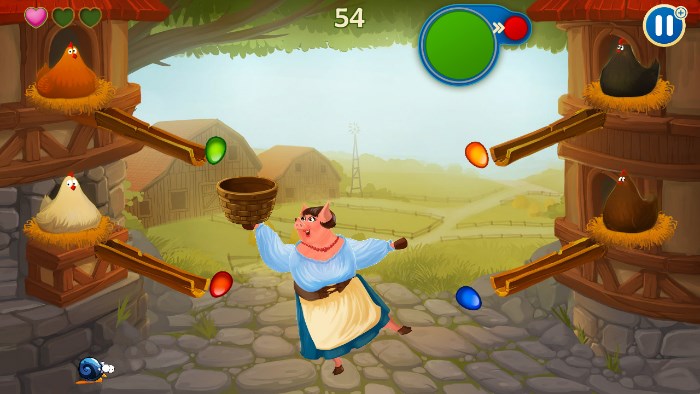 Rollin’ Eggz is a fun budget release for parents to play with their kids. It has colorful graphics, three game modes, and simple gameplay mechanics that make it a good option for younger players in your family – and parents can change the difficulty from Easy to Challenging on the game’s main screen to see if they’re really as good as they think they are. It’s available now on the Nintendo Switch at a low $2.99 price.

Disclaimer
This Rollin’ Eggz review is based on a Nintendo Switch copy provided by GrimTalin.

Brief Battles Out Today On PlayStation 4