You crash land on a planet that was supposed to be teeming with life… but it’s actually deserted! What is going on? Learn more in our Lifeless Planet review!

While seeking life on a distant planet, an astronaut discovers an abandoned Russian town. He suspects his mission is a hoax until a mysterious young woman saves him from a strange and deadly phenomenon.

After a hard landing on the planet, the astronaut discovers the planet that was reported to be rich with life is instead a barren wasteland. When he goes searching for his crew, he makes a more startling discovery: evidence that humans have already been to this planet years ago! When he comes upon a deserted Soviet-era Russian town, he struggles to make sense of his mission. Did his light-speed travel to the planet send him back in time? Or is this all some strange Cold War hoax?

Equipped with a limited-use jetpack and a mobile robotic arm, the player must use wits and skill to solve puzzles, unravel the mystery, and survive the Lifeless Planet!

Lifeless Planet is a puzzle platformer from Serenity Forge. You are on a mission with a group of astronauts being sent to a planet full of life. However, after crash-landing on the planet, you find a barren wasteland. Without any idea of why things are this way, you begin the search for your crew. Along the way, you discover some Russian villages that are now empty… which is certainly very unusual. You can collect data logs along the way to give you some extra information about the story, but there isn’t a lot of it to find so you will need to fill some of the blanks on your own. 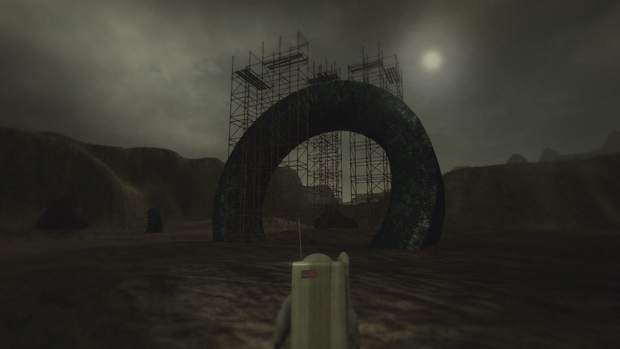 The gameplay is easy to understand as you explore the world in your suit. The goal is pretty simple since you need to move from area to area exploring the terrain and solving some light puzzles. There is usually a puzzle or two per level that need to be solved before you can move on to the next local. It doesn’t take long to move through each of the levels, in a game that will probably take you around 5-6 hours to complete, unless you, for some reason, end up stuck in a puzzle or two along the way.

The game has a few gameplay mechanics you can use while exploring each area. The big one is your jetpack, which you can use to gain some extra distance for your jumps. You can use the jetpack to give you a boost up as well during platforming sections. The long jumps you will need to use to clear some of the trickier sections in the game will require some extra precision from you as to when to activate the jetpack and for how long for each burst.

Along whit these, there will also be some puzzles that will require you to use a mechanical arm attached to your jetpack – nothing too hard that is usually reserved for some of the harder puzzles. Something else to consider is that you need to find oxygen to refill that of your spacesuit since you don’t have a limitless supply. Find oxygen for your suit’s supply, or else you will perish during your mission. 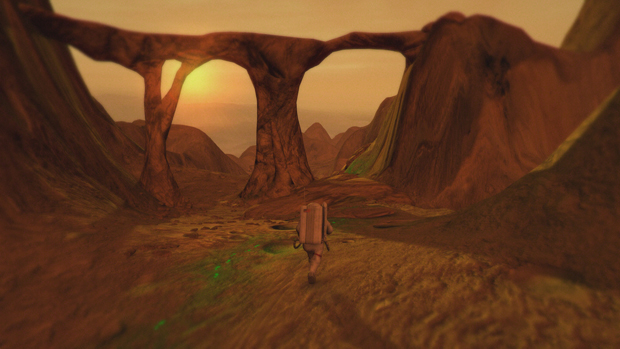 The world itself is pretty empty with not a lot going on. It seems to fit the design of the experience presented by the game’s story. The graphics are okay, certainly nothing to write home about. The game is an older release that has been revamped for a release on the Nintendo Switch. The color palette leans on the browns and grays quite a bit, but once again that’s by design. The game is called Lifeless Planet, and that is what you’ll get. What did impress me though was the draw distance in the game, since when you’re exploring each area, you can see quite far into the distance in this large world – it did give it an impressive sense of scale.

The game uses some very interesting soundbites to create a very atmospheric setting. It will use some music cues from time to time, but those moments are fleeting, more often than not, you will hear the wind blowing or the absence of sound creating an eerie and lonely world. It’s a very effective way of giving us a very distinct feeling when playing, so kudos to the team for being able to pull this off. 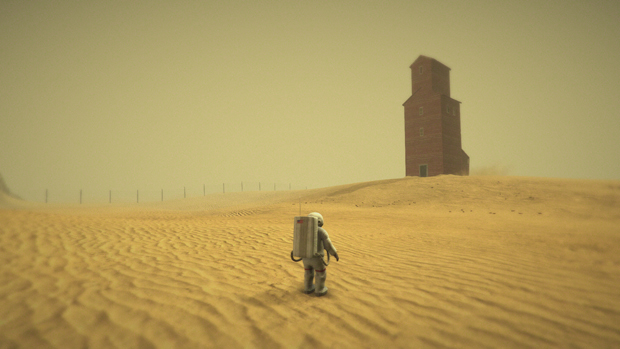 I found Lifeless Planet to be an interesting game. It had some bits of a great story, but it doesn’t really seem to come together in the end. I think the biggest issue is a lack of character for the human you control. That being said, it has some cool mysteries with interesting payoffs. I just wish I cared more about who I was playing as. The world is empty and plain by design, and while the puzzle platforming is interesting, nothing is ever really challenging. You can run through the game in 5-6 hours at most, but it doesn’t have any replay value. I liked the game, but your mileage may vary.

Disclaimer
This Lifeless Planet review is based on a Switch copy provided by Serenity Forge.

Lapis x Labyrinth – Now Out On PS4 And Nintendo Switch