Istanbul on Nintendo Switch is a digital version of the beloved board game. Learn more about this gem in our Istanbul: Digital Edition review!


As the name suggests, Istanbul: Digital Edition is a virtual take on the beloved board game, and it’s now ready for you to take on at home or on the go on your Nintendo Switch. You play as a merchant along with a few of his assistants, and you travel around the board game which packs your screen into a series of blocks. Your mission is to buy and sell goods in return for precious rubies. You will compete with other players taking turns competing against each other to become the richest merchant in the world. This being a board game, things are obviously not as simple as that description makes it sound. It’s quite the challenging board game, and there are many things you’ll need to learn as you play. There are many rules to balance, and the best way to learn is going to be by playing it over and over again. 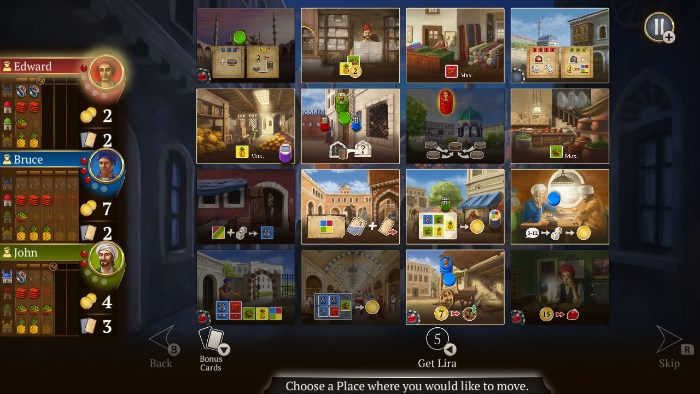 The grid of squares is set up in 4×4 rectangular tiles which represent the location in which you’re doing business. The squares make this look like a town full of stalls where you can buy and sell goods. There is also a stall where you can increase the size of your wheelbarrow, which sort of acts as your inventory. You begin the game with a few assistants, and you can leave an assistant in any squares you want during your turn. You can only move a maximum of two tiles, and then your turn will end, and the other players will take their turn. 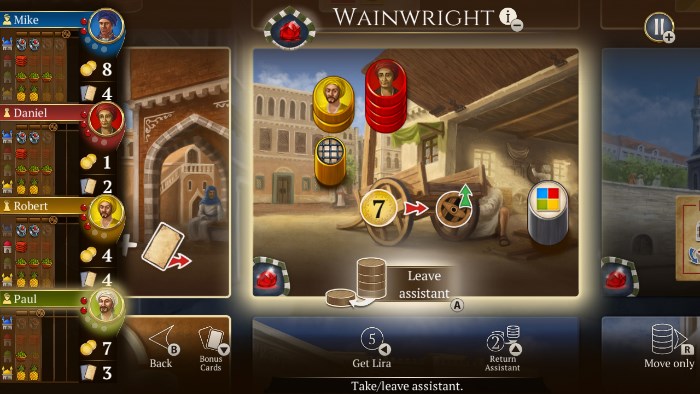 You can either place another assistant on a nearby square or pick up the previous one and complete an action. So, for example, if you go to a food store and leave one of your assistants there, you can then put some food into your wheelbarrow. You can also use your turn to perform a variety of actions which include gambling, or buying and selling goods. The ultimate goal is to be able to afford to buy one of those fancy shiny red rubies. The first player to accrue five rubies wins the game. 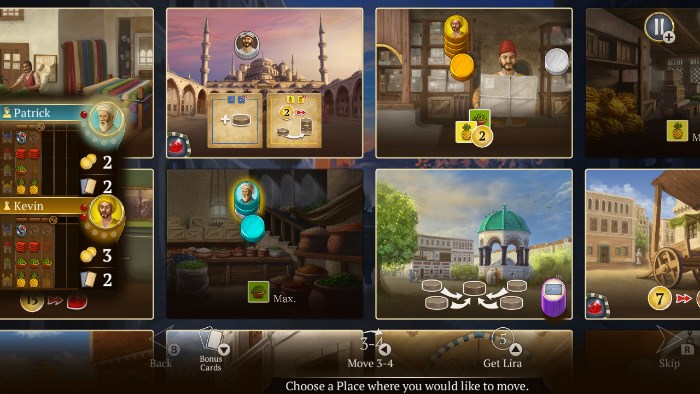 Istanbul is a multiplayer board game in the traditional sense, which requires other humans for you to play. This being a digital version of the famous board game, you can take on it by playing either against humans in local multiplayer with a pass and play option, or you can take on this one by playing against CPU opponents. And if you want to take the multiplayer action online, you can do so for Istanbul: Digital Edition, as long as you have an active Nintendo Online subscription. The game also features cross-play with PC players, which is a nice bonus. The game also includes a considerable 70 in-game achievements for you to aim for as you play with the different preset distribution or with randomly generated boards. Thanks to this, no two runs will ever be the same! 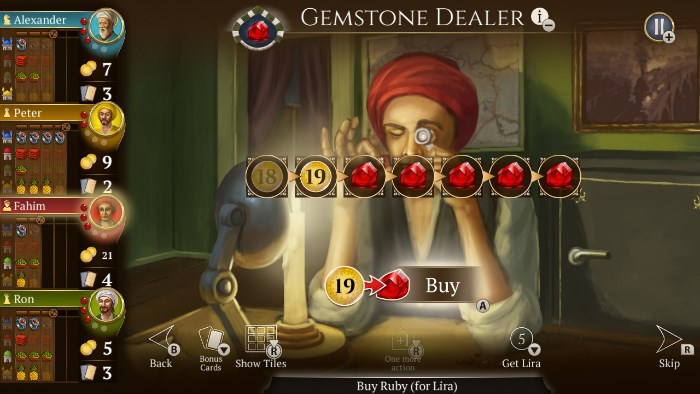 Istanbul: Digital Edition is a great video game representation of what is considered to be one of the best board games out there. This one offers a ton of replayability and the fact that you can play it on your own against AI opponents with three different difficulty settings, in local multiplayer or in online multiplayer means that you can always find the right time and the right way to play this one. Istanbul will offer you dozens and dozens of hours worth of fun, so be sure to get this $19.99 Nintendo Switch release! 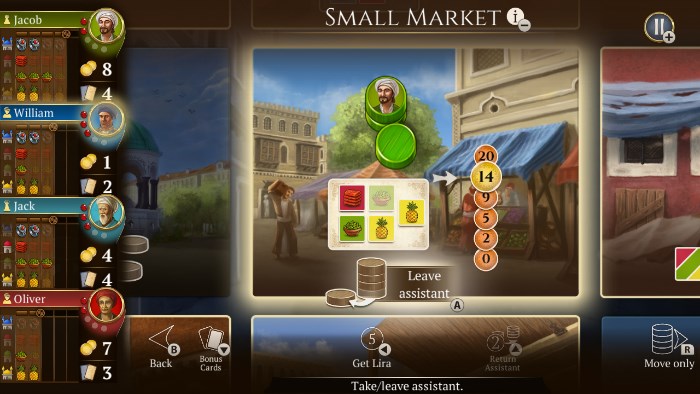 Disclaimer
This Istanbul: Digital Edition is based on a Nintendo Switch copy provided by Acram Digital.