Dragon Pinball is the latest table from EnjoyUp Games for Nintendo Switch. Should you get it? Find out in our Dragon Pinball review! 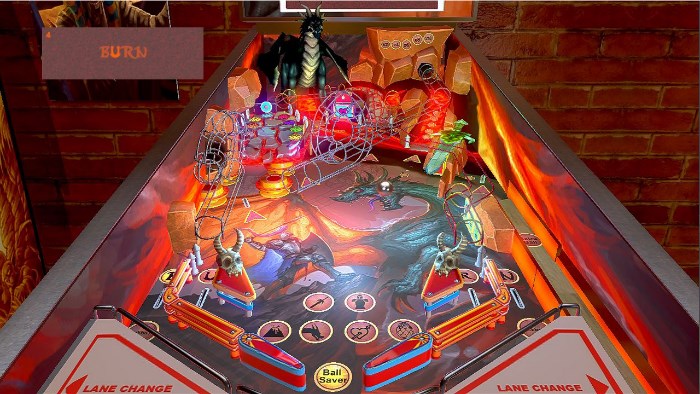 We’ve had soccer, dinosaurs, werewolves, mummies, Halloween, and pirates as the theme for the budget $1.99 pinball tables from EnjoyUp Games, and now it is time to add dragons to that list! Dragon Pinball is the latest pinball table release from EnJoyUp Games, and it does its name justice by giving us a table that showcases a large moving dragon in the upper left corner of the table, an image of a knight battling a mighty dragon in the middle of the table, fiery paths on two of the ramps, a sword for a ramp on the right, a couple of skulls, and more. 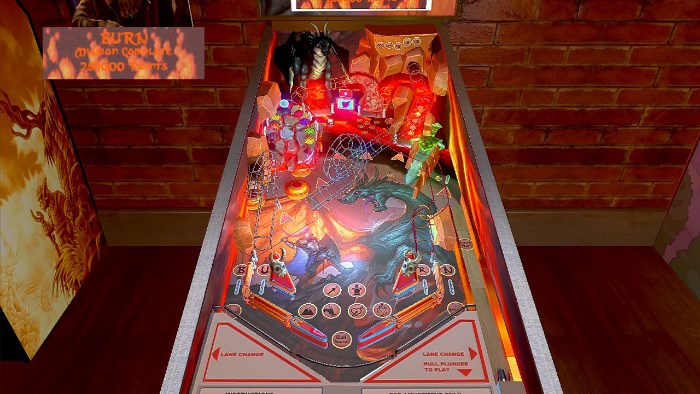 Controls remain the same, so you will be controlling the left flipper with the L or ZL buttons, the right flipper with the R or ZR buttons, and will move the plunger down to send the ball into play by using the right analog stick. On top of this, you’ll be able to shake the table a bit with the left analog stick, the D-Pad or the B button – just don’t do it too much or else! You can also change between the available camera options by pressing the – button so that you can find the right one for you. 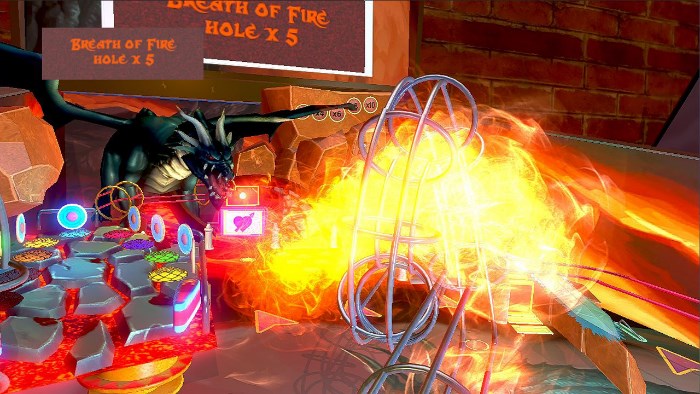 There is a mini playing field on the left side of the screen with some colorful targets to hit. It could have been a fun bonus mini-game for the table but, for some reason, when I tried to launch the ball with either one of the two flippers on the mini playing field, the ball acted as if it suddenly weighted three times as much, and would refuse to move. I also noticed that when I hit the ball with the flippers in the regular playing area, getting up one particular ramp in the middle of the table would prove to be harder since the ball slowed down considerably. Hopefully this is something that the team can patch up. 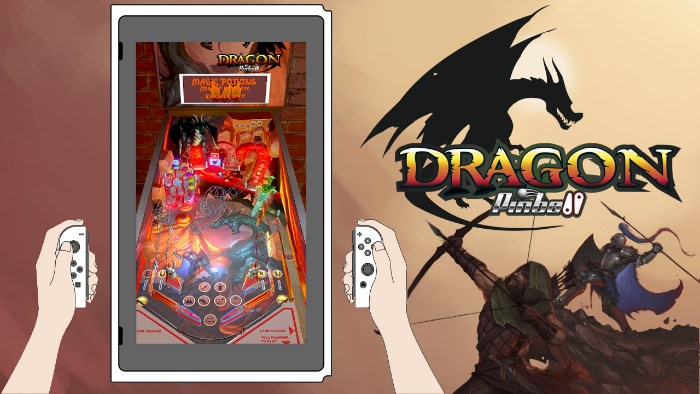 As was the case for Pirate Pinball, Dragon Pinball also offers you the option of playing it in vertical mode when you take it on the go on Portable or Tabletop mode. This is a great option to have since it allows you to see the entire table at once, bringing you closer to how you would play on a real pinball table. You can change between the available camera angles to find the one that feels just right when playing in vertical mode, which will greatly enhance your experience. You can also aim at gaining a spot in the online leaderboards for the table, so you’ll end up playing this one more and more as you find out how to maximize your score with skill shots, ramp combo bonuses, score multipliers, and more. 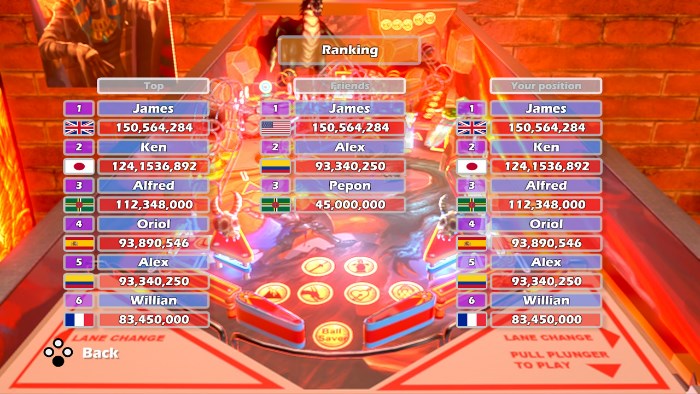 Dragon Pinball is another fun table from EnjoyUp Games that is easy to recommend to pinball fans and newcomers alike thanks to its budget $1.99 price tag. Other than the issue with the ball behaving differently in the mini playing filed, this was an entertaining table that is certainly better than the first two tables from EnioyUp Games, but it’s not as good as Pirates Pinball.

Disclaimer
This Dragon Pinball review is based on a Nintendo Switch copy provided by EnjoyUp Games.