Dragon Marked for Death from Inti Creates is a 2D fast-paced sidescroller action RPG on the Nintendo Switch that has been ten years in the making. The project actually started many moons ago when it was initially planned for a PlayStation Portable (PSP) release, and would have been a game with a focus on wireless four-player multiplayer action on the go. After that version was halted, there was actually some work done on a Nintendo 3DS version for a bit – a version that didn’t happen either. We now have the game on the Nintendo Switch, and I’m here to report that it’s a fun action release that is worth your time and money! 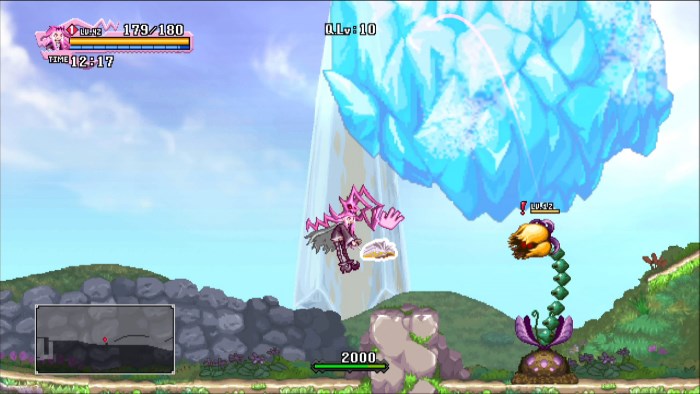 The game is available either digitally or at retail. The retail release includes the two character packs that are available in the Nintendo eshop, as well as two extra DLC quests which are available as a $9.99 season pass, as well as a piece of limited edition DLC with the striker pack, which gives each of the four characters one weapon. If you go the digital route, then you can get either the Dragon Marked for Death: Frontline Fighters version, which includes the Empress and Warrior characters, or the Dragon Marked for Death: Advanced Attackers version, which includes the Shinobi and Witch characters. Both versions include the full game and two characters, and if you want to get to play as the other two characters, you can purchase the other pack for $14.99. 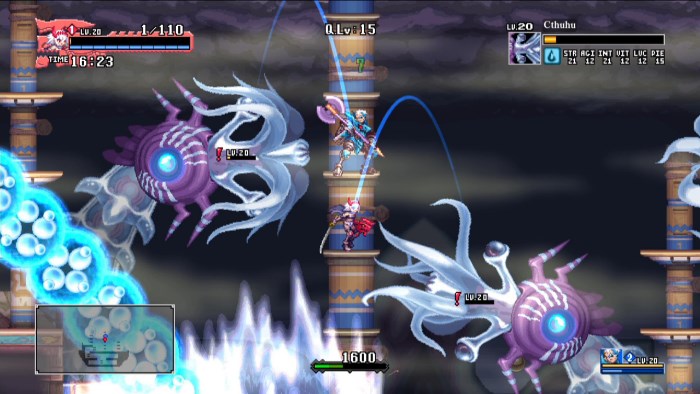 The characters included in Dragon Marked for Death: Frontline Fighters version are meant for gamers who are not as experienced in the 2D action RPG genre, since they feature a character that is a well-rounded short range character with a focus on dealing big damage over a short period of time (which you might call a DPS build), and another that is a walking tank/healer with powerful attacks. As for those in the Dragon Marked for Death: Advanced Attackers version, you get a character that is nimble, quick, and more on the aggressive side of things, dealing good damage while risking bringing too much attention his way, and a spell caster who can attack from a distance, make platforms appear out of thin air, or heal allies as needed – a pair of characters for gamers with more experience, hence the name of said version. 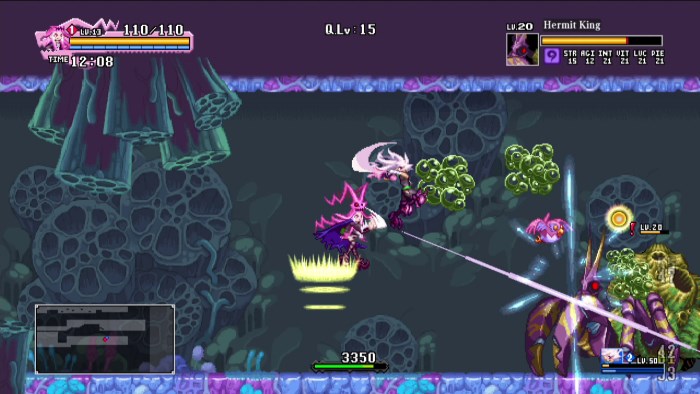 The four characters are part of the Dragonblood Clan, and they end up forming a pact with Atruum – an astral dragon – after the Divine Family burns down their village for no apparent reason. The dragon has immense power to share, and after a self-imposed exile, it is ready to share that power. Each of the characters will get some of the dragon’s power applied to a different part of their body. The Shinobi gains power in his legs, the Witch in her hair, the Empress in her arm, and the Warrior in his chest. For this review, I picked the Shinobi.

Once you get started, you will be sent into a short tutorial where you will learn the basics. You can move around with the left analog stick and can dash with the L button to quickly rush into action. Your characters can also jump with the B button, and the Shinobi, in particular, can double jump by pressing the B button twice. The Y button is for your main attack, and you can combo it up to deal some extra damage. The camera can be zoomed in and out with the right analog stick if needed. 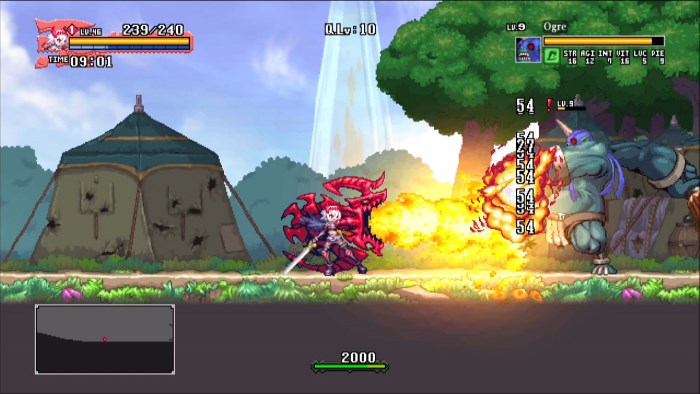 Characters also have some extra abilities that are unique to them. The Shinobi has his set to the R button which is for the dragon dash, and if it connects with an enemy, the Shiboni will lock into that character for a bit. Attacking that enemy after this will deal additional damage, and your attacks and special attacks will hit said unit even if you’re slashing from a distance. It’s a short window, but as long as you have some SP left, you can use the R button to Dragon Dash again to hit that enemy and keep the combo going.

You will be given quests to complete, and during said quests, you will get some items, accessories, weapons and other equipment from the treasure chests you find or which are dropped by the enemies you defeat. You will be able to know right away what some of these things are, but every now and then you will receive items that need to be appraised so that you can identify what they are and what they do. Completing a quest will also reward you with experience points, which will help your character level up. 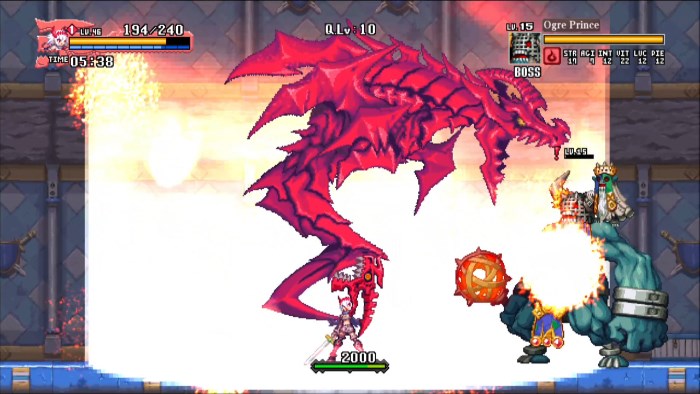 Once a character levels up you will get some bonus points to distribute to their different stats. There is strength, which affects the attack power of your physical attacks; agility, which affects the hit chance and the number of attacks you can do; intelligence which directly benefits your magic resist chance; vitality, a stat that will determine your character’s maximum hit points (HP) and physical defense; luck, which has different effects during your run; and piety, which rules over dragon attacks.


The main drive of the game will be completing the many quests you can get at the Bar, which will help you progress in the overall story arc. The bar is also from where you can start an adventure with up to four local players – as long as each player has its own Nintendo Switch and a copy of the game -, or on an online multiplayer session so that you can go out on a journey with players from all over the world thanks to the power of the internet. Quests will let you set up the difficulty from the available unlocked options, and the higher the difficulty, the bigger the reward. 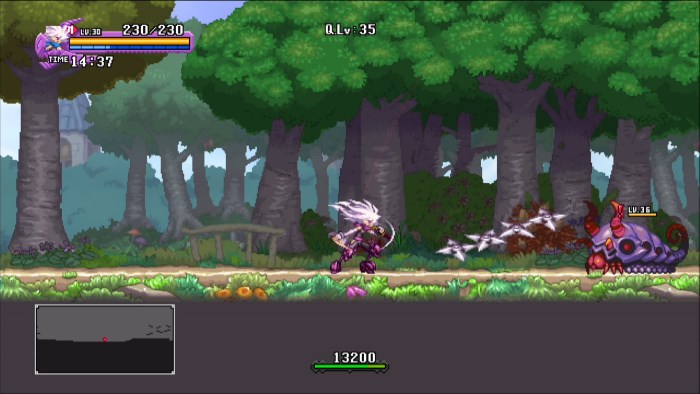 You will need to also visit the Inn where you’ll get a chance to change your equipment, review your stats and items, or chance to another character you might have already created for your adventure. While you do get equipment and items from the chests in each quest, you might also want to check the Weapon Shop to see if there is anything else you can grab to improve your odds of survival. The General Store is going to be another stop between quests since you can grab items and accessories for your next quest. You’ll need to do some inventory management and plan for each new battle because you can only bring eight items with you into a quest. 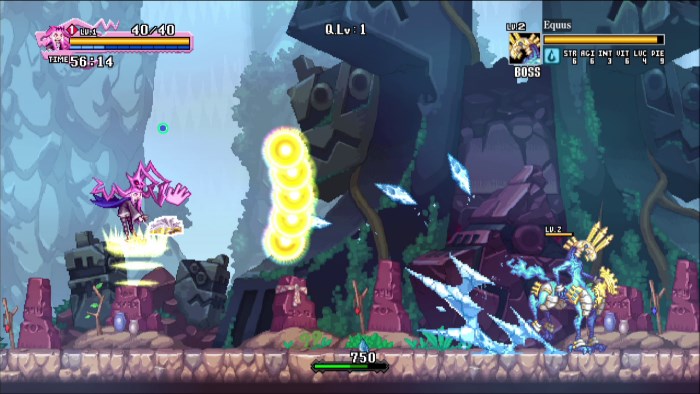 Something to consider is that accessories and equipment pieces have a level requirement, which means that your character must be at least that level to be able to equip it. The more expensive accessories and equipment pieces are usually more powerful and effective, while also offering an extra boost or effect – such as lowering the physical damage you take by a specific percentage -, but they will also require that your character have a higher level before it can manage to equip it.

If you go and explore the city for a bit, you will end up running into a special market in the lower right corner. For this particular store, you won’t be able to use the money to purchase items. Instead, you will need to exchange a certain amount of different things you can find in your journey, such as, for example, honey, slime juice, toad oil, ice, fly juice, some litus copper pieces, some sockfish sacs, paralyzing venom, oil, bombud poison, or crab shells, to be able to collect that particular item. 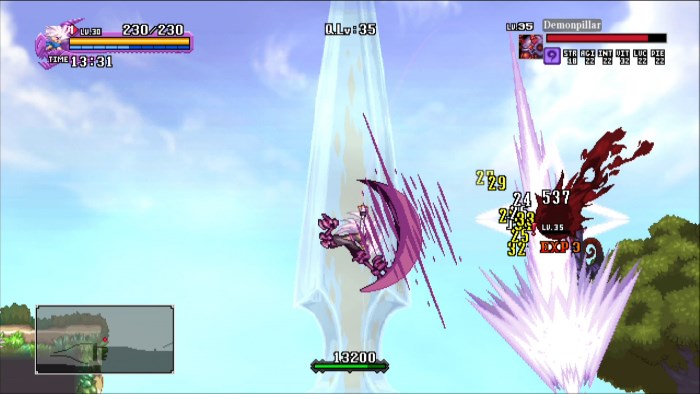 Another important element is how you can re-spec your character by visiting Atruum’s Den. This will allow you to reset the bonus stats you’ve awarded to your character from the special points you get after leveling up – you’re going to need some Dragonite to make this happen. Atruum’s Den is also where you can connect with the Astral Dragon Atruum to converse with it. There is also the chance of changing the element (fire, ice, wind, thunder, or poison) for your abilities by talking with Atruum and offering pieces of Dragonite.

Dragon Marked for Death is a fun 2D action RPG on Nintendo Switch that has been in the making for over a decade now, and it’s finally gotten its chance to shine on Nintendo’s hybrid console. There’s a lot of content to enjoy, with dozens of hours of gameplay, four characters that look play and feel very different from each other, single-player, local multiplayer and online multiplayer options, as well as a season pass with two extra pieces of content to expand on your adventure. Inti Creates did a great job with Dragon Marked for Death, infusing it with a dose of a Mega Man-esque vibe for good measure, and you should pick it up on Nintendo Switch today! 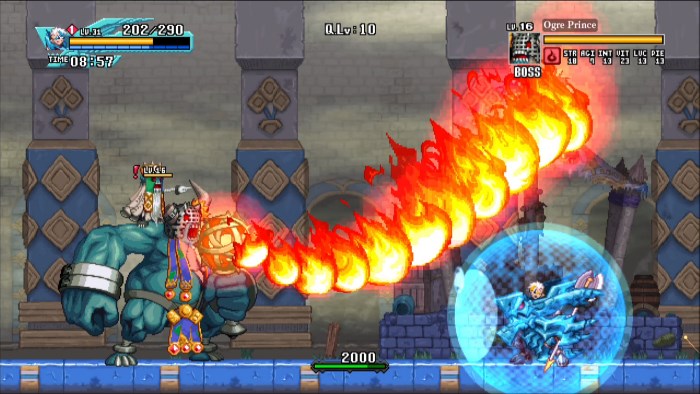 Disclaimer
This Dragon Marked for Death review is based on a Nintendo Switch copy provided by Inti Creates. 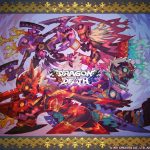