Rhythm Game Cytus α is ready to shine on the Nintendo Switch. Find out more about this great rhythm game in our Cytus α review!


Cytus was originally released around 2013 for the PlayStation Vita, but for the Switch version, we’re now getting all the songs from the PS Vita version as well as a ton of new ones. The choices of music include songs from genres such as Trance, Pop, Electronic, and RnB. Upon starting the game, you are greeted with a message asking you to plug in some headphones to get the best possible experience. This is not mandatory since you can play the game without them, but following the developer’s advice definitely improves your experience. 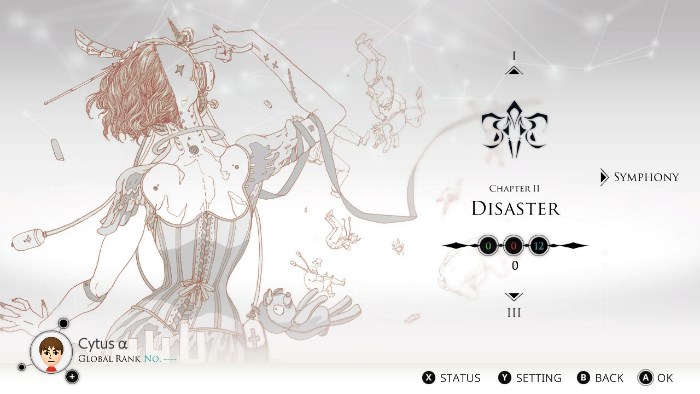 The game has three modes: Encounter, Chapters and Debris. You will need a Nintendo Online subscription to be able to enjoy the game in full since this allows you to go online and battle against other players from around the world. As a reminder, along with being able to play online, your Nintendo Online subscription also gives you access to cloud saves, as well as to a special app in which you can currently play a ton of Nintendo Entertainment System (NES) releases, some of them in their original form and in a variant “SP” version that does something special. For Cytus α, you’ll be able to take on other players either in the separate matchmaking mode, or by allowing matchmaking during your time with story mode. 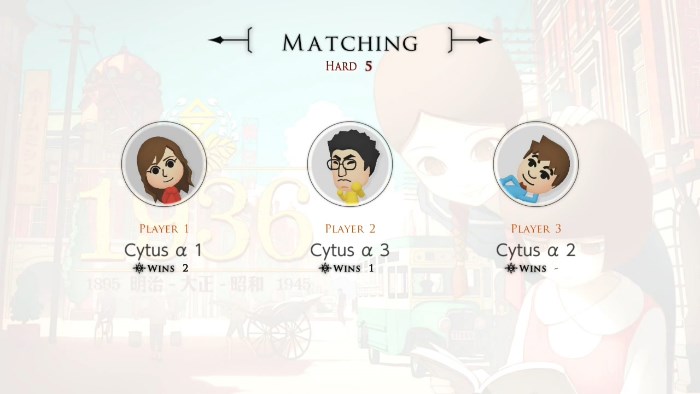 As for the gameplay for this one, this is a rhythm game. You play along to a song, and as the song begins there is a black bar that goes up and down the screen, and the notes, which are circular, will start to pop up on the screen. On top of the notes popping up in tune with the beat, each note also has extra visual cues to help hearing-impaired players to have fun with the game. Regular notes have a line going through them that grows bigger to signal when you need to tap on it, those that you need to drag have an arrow pointing in the right direction, and hold notes have an X that grows bigger to cue you in to when you have to tap and hold. HD rumble is also great for this Nintendo Switch release, elevating the overall experience. 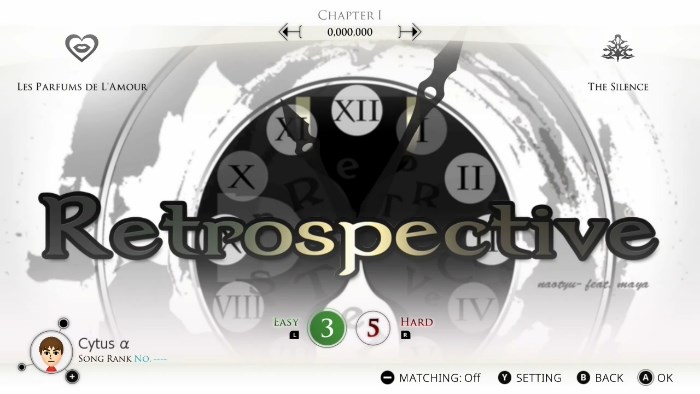 A number of tracks are available to play in single player mode right from the start, and as you play each track, you will get to unlock subsequent chapters as you try to score as many points as possible to speed things up. As expected, to give your overall score a nice boost, you will need to pay attention to the beat of each song so that you can tap, drag and hold on the notes as needed to land as many perfects as possible, all while getting a good combo going since this will boost your scoring opportunities. 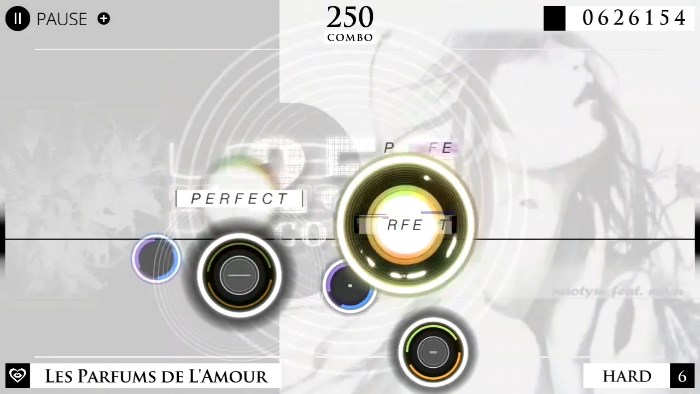 Along the way, you will also unlock data entries which also unlocks snippets of the story as you go. As the story unfolds, you will get to see some beautiful art which tells the tale of robots, humans, and the beauty and importance of music. Speaking of that, the music selection for Cytus α is top notch with a great variety of songs, what with over 200 songs to play in this one. I’m a big fan of electronic music, so I was very happy to try all the songs on offer in this digital/retail release. 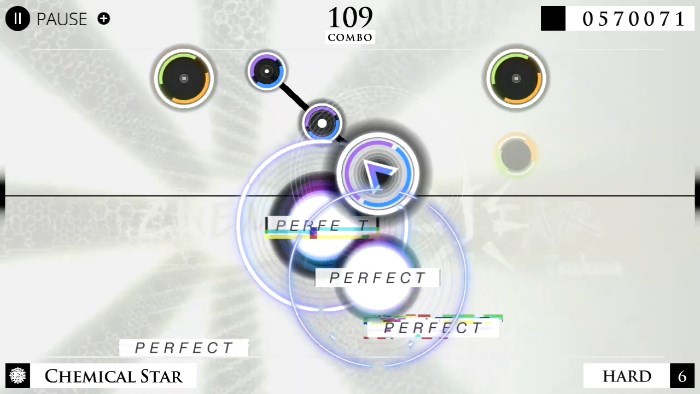 Unlike in other rhythm games you might have played before like, say, the hugely (last gen) popular Guitar Hero, that have sections separated by lanes and notes flying down each lane for you to read, and you end up memorizing what lane(s) the notes are going to be coming down, which is a lot easier. For Cytus α, things are not as easy at first since notes can pop up anywhere on the screen, so you’ll always need to be paying attention to what is going on due to the different types of notes and the way the game’s layout might “get in the way” while you understand how things will play out. 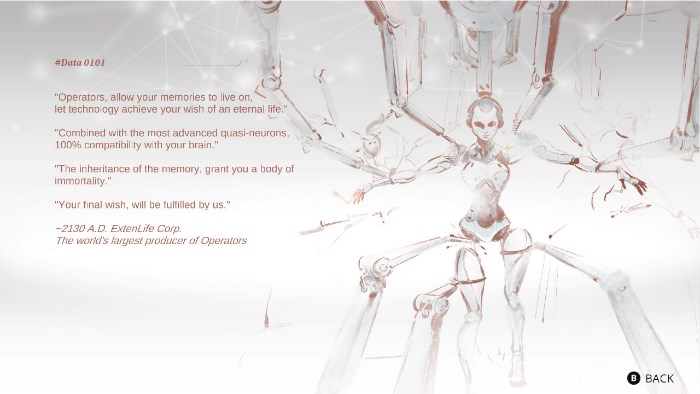 If you prefer to play the game in Handheld or Portable mode, you can use the Nintendo Switch touchscreen to tap, drag and hold on the notes, or if you prefer to you can use the face buttons. The game can easily be played on the big TV with the console in Docked mode with the face buttons, and both methods work really well, but to me, the game works best while in Handheld mode thanks to the solid touchscreen controls that give you instant input and feedback on the notes you’re playing.

Cytus α is an excellent rhythm game on the Nintendo Switch with hundreds of songs to play, fun gameplay mechanics that are different from other rhythm games I’ve played, a nice story to tell with excellent art to showcase alongside it, all presented in a must-have released for fans of the genre. The game is available for a premium $49.99, but trust me, it’s worth every penny! 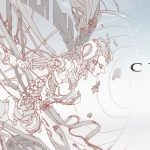 Disclaimer
This Cytus α review is based on a Nintendo Switch copy provided by PM Studios.

Brief Battles Out Today On PlayStation 4