Roguelite shoot ‘em up Black Paradox from Digerati is a colorful neon-soaked action experience on Nintendo Switch. Learn more about it in our Black Paradox review!


This randomly generated shoot ‘em up experience can be enjoyed either on your own or by taking a friend along for the ride thanks to the local co-op option. This is a roguelite and not a straight up roguelike because, with each run you do, you’ll be able to make some progress as you upgrade your stats and unlock new powers for your ship. You’ll collect currency as you destroy enemies and progress in the game, and these can be used to purchase power-ups from the black market to equip on your ship, which will boost your stats. You have a set number of power-ups to equip at any given time, and those that you don’t will be sent to your storage. 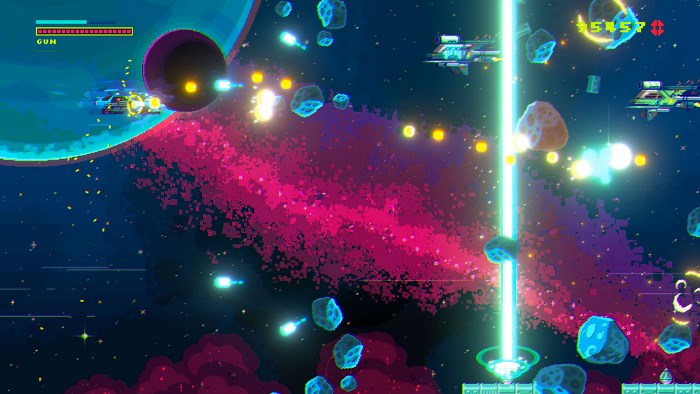 This being an entry in the beloved shoot ‘em up genre means that the controls are simple and to the point. You’ll move your ship around with the left analog stick and can shoot with the A button. You can switch between weapons with the B button as needed and can collect items by pressing the Y button. If you happen to have a full charge for your special attack bar, you can unleash it with ZL and ZR buttons. This is the Black Paradox special that gives the game its name, and it will make a second ship appear, which will unleash a powerful set of attacks that will deal considerable damage. 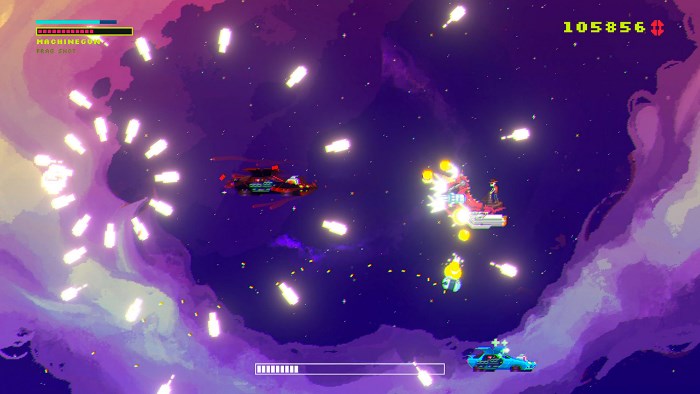 The game will send you into a short tutorial the first time you get started so that you can learn all of this in a couple of minutes, and you will even get 1,000 in currency for free after completing the tutorial to get you started. Every time you visit the garage, you will get a chance to purchase one or two power-ups for your ship, at varying prices. If you don’t like the two options and have some extra money to spare, you can pay to have the power-ups reshuffled so that you can have two new options. 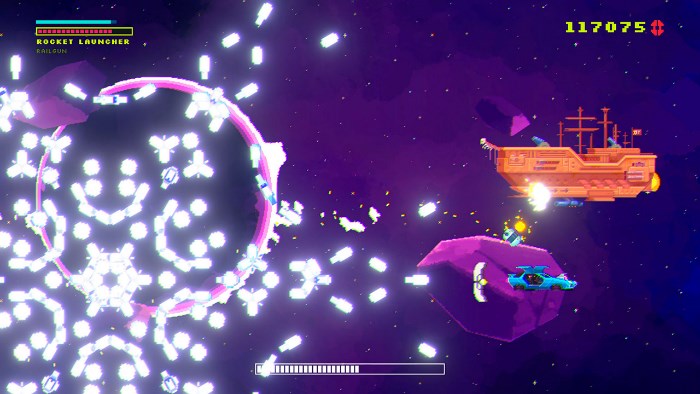 How well you do in each of the runs you play will vary depending on which of the 20 weapons you get as you play each stage, since some weapons are better suited for some of the enemies and bosses you will run into. For example, there is one weapon that sends out a spread of energy shots from your ship, but these are sent in the direction you last pressed the left analog stick on, which means you can’t be moving around avoiding your enemies and their attacks while also trying to deal damage to them. You could, on the other hand, find a weapon that will shoot out an attack that, after hitting an enemy, will send a chain of lighting out that will deal damage to the other enemies that are nearby. You can probably imagine which one is going to be more effective. 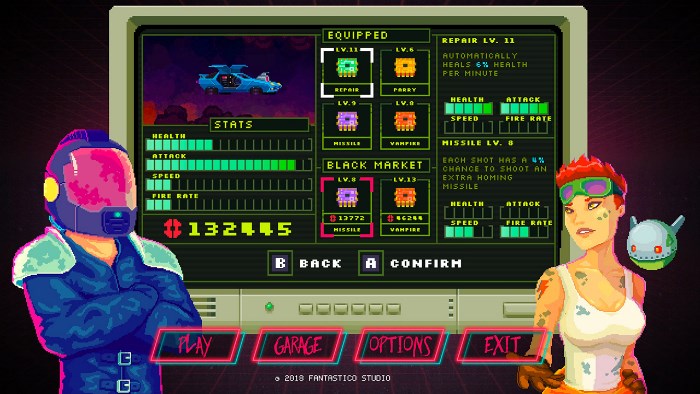 Every enemy you defeat will reward you with some chips for your total count, which is great since you’ll need to make every bit of your money count if you want to find a combination that works with the power-ups you can buy. Something else you need to keep your eyes open for is the health packs and the energy packs that some enemies will drop after you destroy them. Health packs, as expected, will allow you to recover some of the health your ship has lost after being hit, while energy packs will fill up your special attack bar – I suggest that you save your special attack for boss fights. 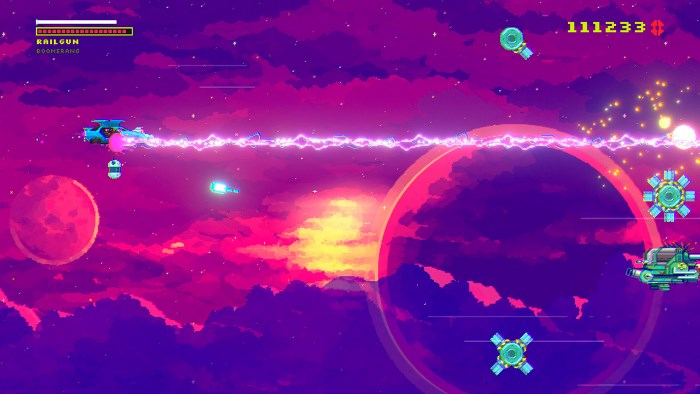 Speaking of that, there are some bosses you need to defeat at the end of each stage, and you’re probably going to see the first three of them several times as you start over and over again after your ship explodes when its energy runs out. You certainly won’t be able to defeat each of the bosses the first time you fight them, but you’ll at least be able to learn their movement and attack patterns so that you can make short work of them the next time you manage to get to the end of that stage in particular. Each boss you defeat will drop an item that will boost your ship in a particular way, which will help you carry on with your quest in style. 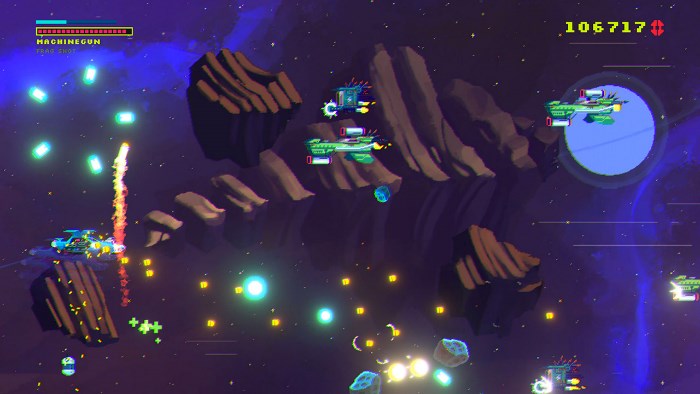 Black Paradox is a fun 2D shoot ‘em up with an interesting art style, as well as fun and simple gameplay mechanics, which will make it easy to beat the first stage and its boss… and maybe the second one. This is where you’ll probably die for the first time, being sent back to the start to use the currency you’ve collected to purchase new upgrades or more powerful (and expensive) versions of the ones you’ve purchased before, so that you can slowly but surely make some progress towards finally reaching the last level and beating the game. The rather grindy cycle is definitely not going to be for everyone, so do keep that in mind if you’re considering getting this one on Nintendo Switch.

Disclaimer
This Black Paradox review is based on a Nintendo Switch copy provided by Digerati.