Apocryph from Bigzur is a FPS that pays homage to the old-school entries in the genre. Learn more about it in our Apocryph review!

Apocryph is a first-person shooter (FPS) that pays homage to the old-school classics in the genre – it even says so in its Nintendo Switch menu icon which states “Paying respect to all old-school shooters.” It states it is inspired by old-school fantasy FPS such as Hexen, Heretic, Painkiller, and Strife. For this one you are in control of the Arbiter, who at one time was a high-ranking member of the Xilai religious hierarchy – a group who worshiped Death. Because of this, the members of the Xilai spent centuries reaping souls in the many worlds they invaded, all in her name. By the time we find ourselves in control of the Arbiter, he has been exiled for many years. When he returns to the Xilai fortress, it has been overrun by demons and monsters… 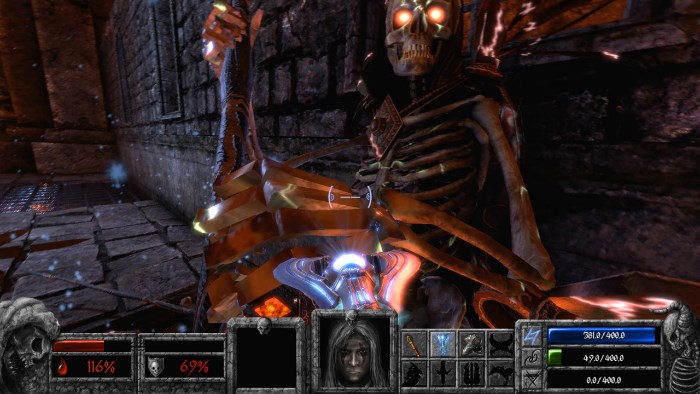 When you start the game, you will be placed in a courtyard of sorts, just as a deadly skeleton starts to rush towards you to battle. It is then that you will notice that your character is a bit slower than other FPS protagonists, but just as powerful thanks to its mighty fists. Along with your armor covered deadly fists, you will also find different long range weapons to take on your quest. The catch is that these weapons have a set amount of ammo for you to use. Ammo is obtained by collecting colored runes, and each weapon used energy from that magical stash. The order of the colors is blue, green and purple, and the weapons you can use are more and more powerful, in that particular order of colored ammo. 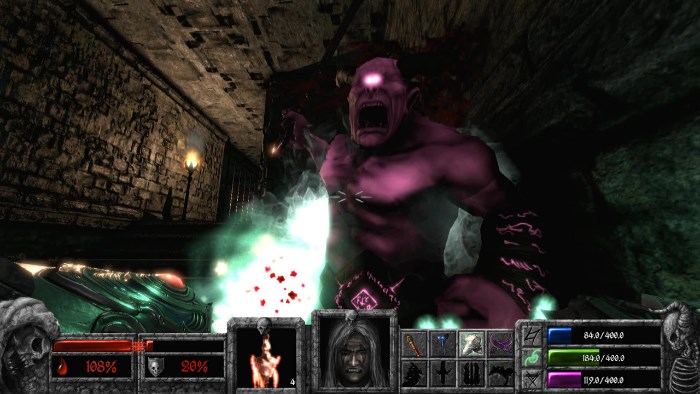 You will go from a powerful staff to battle gauntlets to deadly magical blades and beyond, as you battle the different monster types you will face during your journey. Skeletons are plentiful in this one since they are the basic enemy type you will battle. They are melee fighters, so as long as you spot them from a distance, you will be able to keep them from dealing any considerable damage. You will run into other demons of different colors, shapes, and sizes, and depending on the difficulty setting you select, you will be able to survive the onslaught coming your way. 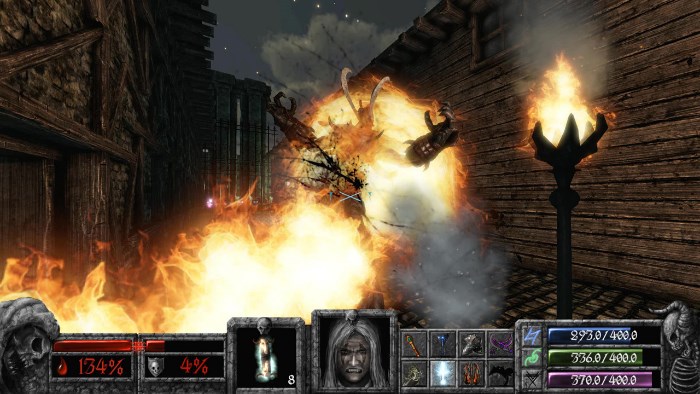 The options are Comfort Zone (easy), Handful of Pain, Heaps of Corpses (hard), Only Death Can Slow Me Down, and Immortal and Eternal Reaper (insane). Easy is, as expected, easier, while Normal is the right amount of challenging if you have experience with the genre. Hard should be reserved for those of you who actually played old-school FPS back in the day in their higher difficulty setting, since you will be up against a large number of enemies that can deal some considerable damage. Insane is, well, insane – plain and simple. 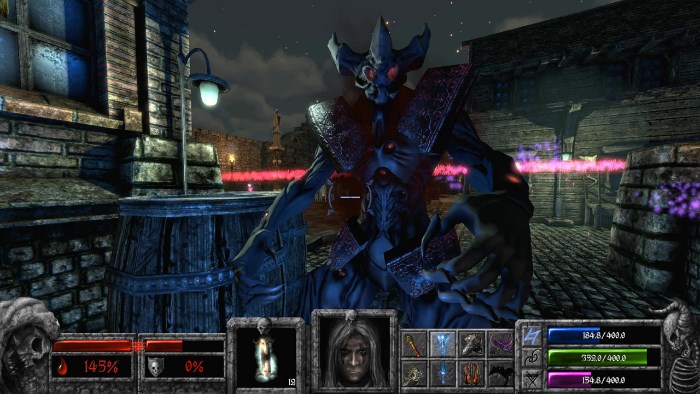 And when you do receive damage, you can quickly search for health pick-ups to recover a bit. There are also armor pick-ups which boost your defenses, and if you’re feeling a bit overwhelmed you can use your special skill slow down time for a bit so that you can use your weapons to destroy anything foolish enough to have angered you, incurring your deadly wrath. 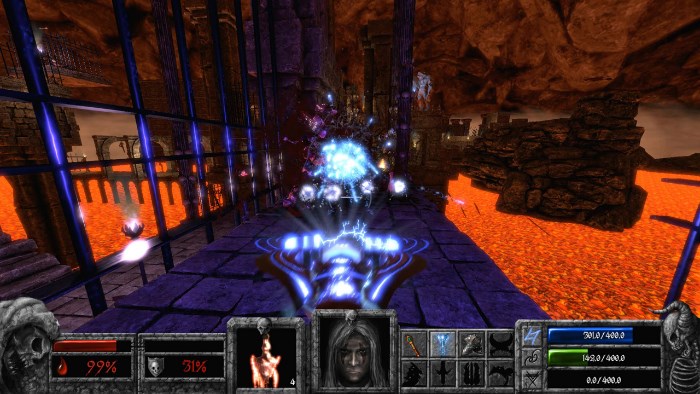 If you’re looking for a fantasy FPS on Nintendo Switch with an old-school feel and a 21st century look, then you should check out Apocryph. It pays homage to classics such as Hexen, Heretic, Painkiller, and Strife, offering a ton of enemies to kill, plenty of items to find, and some secrets to uncover in each of the levels it throws at you on Nintendo’s hybrid console. Are you up for the challenge?

Disclaimer
This Apocryph review is based on a Nintendo Switch copy provided by Bigzur.