Neon-tinted and violence-heavy Akane from Ludic Studios and QubicGames are ready for you on Nintendo Switch. Learn more about this fast-paced release in our Akane review!

The game takes place in the fictional Mega Tokyo in the year 2121. As soon as the games starts, you will find yourself in control of the titular Akane, who is pretty much ready to slice the idiots that have stupidly decided to cross her path. She doesn’t care if she dies in the process – she says so herself – because she’s going to take down every single one of them before the night is over. Using her trusty katana and the weapons and skills at your disposal, your task is to kill as many enemies as possible before Akane is no more. 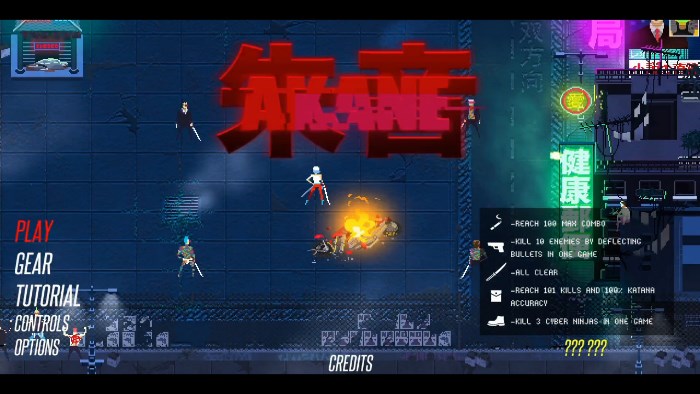 As you’ve probably seen by now from the game’s trailer or the screens in this review, Akane is fast-paced arcade-style arena game in which you’ll need to take on wave after wave of enemies, trying to make the most of the tools at your disposal. Most of the action will take place at close quarters as you use your deadly katana to slice and dice foes, but you also have some long-range weapons to use… but there’s a catch. You can’t use your katana as you use your long-range weapon, and you can’t use your long-range weapon while on the move. Oh, and one more thing: while it only takes one hit to kill opponents, the same also applies to you (Disclaimer: Bigger enemies take more hits, but that would ruin how dramatic the previous line is). 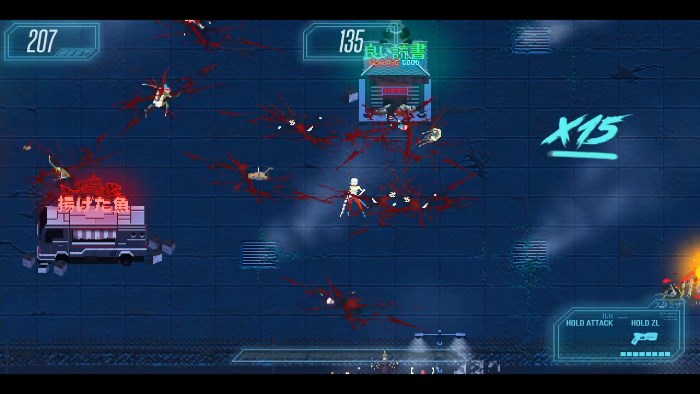 You will move Akane with the left analog stick and attack with the A button. You can dash with the L button to try and stay alive, and you can also defend with the B button when possible. If you want to use your long-range weapon, then you’ll need to stay still, hold down the ZL button, and aim away. Considering even this would be a big advantage for you since you could kill enemies from a safe distance, you will also need to deal with an ammo bar with a cooldown period. You have special skills that can be activated when the time is right by pressing the R or ZR buttons, as long as you have enough energy in your special bar and have entered adrenaline mode by pressing the X button, which acts as a slow-motion bullet time mode for you to plan things. 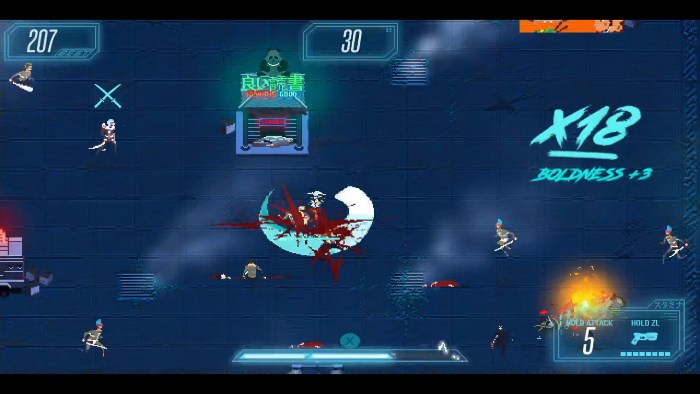 Before you dive into the game proper, you can go into the tutorial section, which will place you in control of a young Akane who will be training with Master Ishikawa, many years before you are to unleash your fury on the world. You will learn the basics in here, such as how to dash, how to attack enemies from a close distance as well as from long range, or how you can defend to deflect bullets from enemies as well as to deflect their sword attacks – at least for a short period of time.

Every enemy that you kill will add to your special bar at the bottom of the screen, but if you want to speed things up, you’ll need to plan for doing large combos. Every time you kill an enemy your combo multiplier will go up by one, and you have a small window to kill one more enemy to keep your combo going, or else it will be lost in a second. The higher your combo, the more each subsequent kill will boost your special bar, thus making it easier to use special attacks to take out larger groups of enemies.

Taking on the game has one main goal: kill anyone that moves. But on top of this, there are also extra objectives you can aim to complete as you play. There’s one for shooting down 50 enemies in one game, another one for defeating the boss, one more for reaching 30 kills in total with a 100% katana accuracy, or for killing three tank enemies in a single game. Complete one of these extra objectives, and you will get a new one added to the list of five extra objectives – this way you’ll always have something extra to do as you play.


This is important because as you play, you will also unlock new gear for Akane from the objectives you complete during each run that you do. Your starting katana provides a boost to your stamina (which affects how many times you can attack in a row), but there are other swords for you to equip with different boosts. You’re also going to unlock different long-range weapons that are going to be way better than your starting gun, not to mention extra pairs of boots, new gloves, and more. 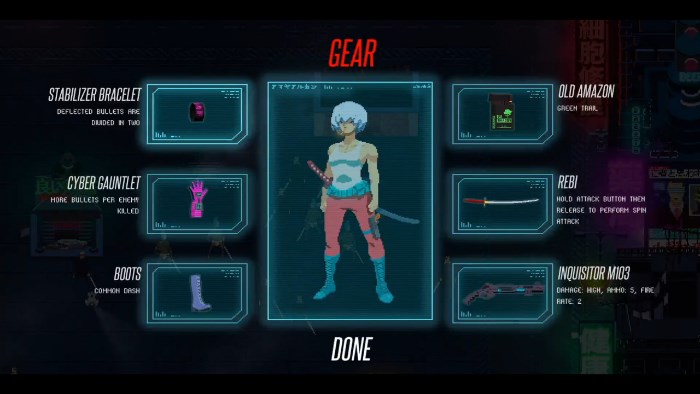 And then, we have the boss fights. If you want to battle a boss, then you’re going to have to survive long enough to have a shot at defeating it. Bosses will spawn after you take down your 100th enemy for that run, which at first is not going to be an easy task. And once you reach a boss, you will need to try and decipher its movement and attack pattern since, again, you’re going to die if you’re hit even once. 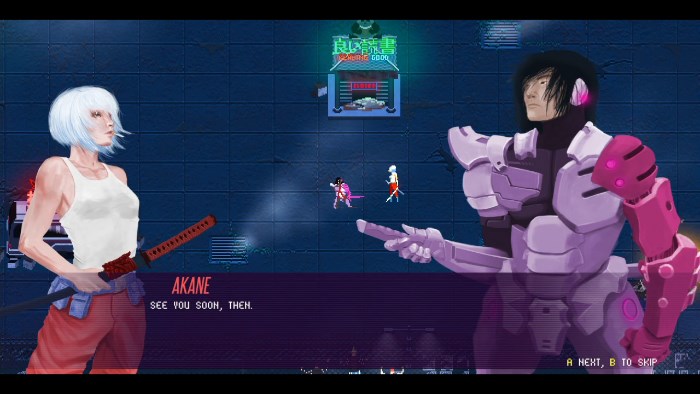 Akane is a fun minimalist action-packed distilled arena experience on Nintendo Switch that is definitely worth the price of admission. You will die hundreds of times as you play the game over and over again, learning new ways to kill more enemies before your untimely death. The game’s art style is great, the music is very fitting, and the gameplay mechanics will allow you to quickly pick up and play this one within minutes. Its gameplay loop is not going to be for everyone, but if you give this budget $4.99 release a chance I’m sure you won’t regret it.

Disclaimer
This Akane review is based on a Nintendo Switch copy provided by QubicGames.

Trover Saves the Universe Out Next Week