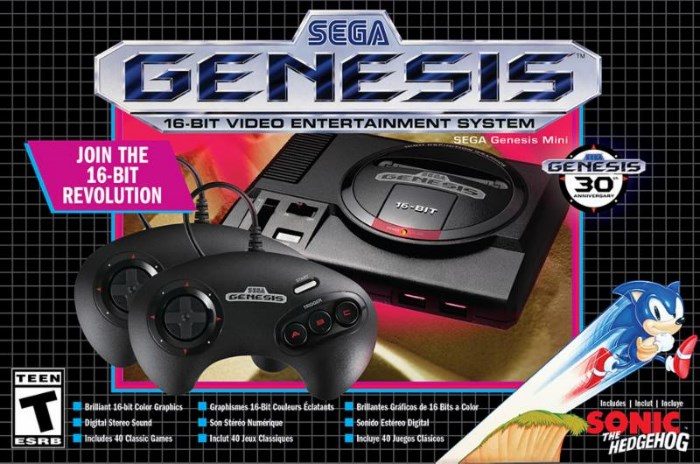 SEGA has finally confirmed the release date for the highly anticipated SEGA Genesis Mini, and it’s September 19, 2019! Come check out the mini system.


When the mini console releases on September 19, 2019, it will include 40 games in total. So far, the following games have been revealed:


The mini console, which is around 55% the size of the original SEGA Genesis Model 1 that released between 1988 and 1990 around the world, will sell for $79.99 US/£69.99/€79.99/AUD$139.95, and it will include the console and two USB three-button SEGA Genesis controllers, pne USB to Micro-B power cable, pne power adapter (North America only), and one HDMI cable. The good news is that all ports for the 40 games are being handled by M2, who have done a stellar job on the SEGA AGES line and the SEGA 3D Classics Collection on Nintendo 3DS.

For more information, be sure to check out the official website right here.